During the first week of March we welcomed six new anglers to the Rio Grande. Familiar with the river’s famous sea-run brown trout, these seasoned fishermen hoped to add their names to the legendary stories by catching a few. 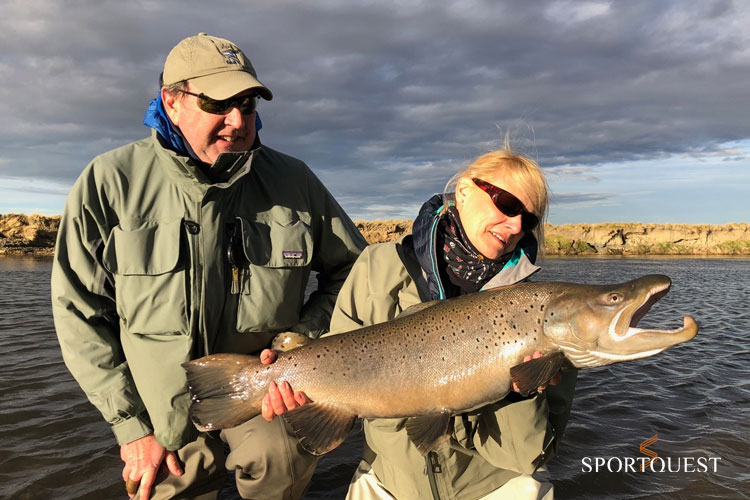 Kelly, from the U.K., bought his old friend, Johnny, who’s a ghillie on a Scottish salmon river. Kelly started his week by hooking a beautiful 19-pounder on his third cast. And Johnny was especially happy after landing his largest sea-run brown to date. He told us he was impressed with the diversity of small, medium and large fish we found throughout the system—an indicator of an exceptionally healthy fishery. 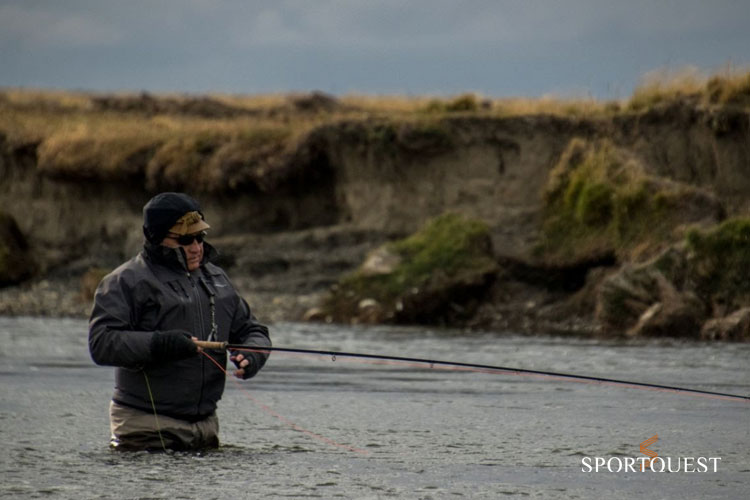 They were joined by two South Africans, Dave and Richard, who had 20-pounders on their minds from the get-go. They knew that they could potentially be covering a monster fish with each cast, and that anticipation kept them constantly in the hunt. Dave managed to land a beautiful fish that topped the scale at 20.5 pounds early in the week. Richard, on the other hand, had to wait a little longer. After catching a couple pushing 19 pounds, his perseverance was eventually rewarded when a 20-pounder hammered his fly under darkening skies during the last session of the trip. 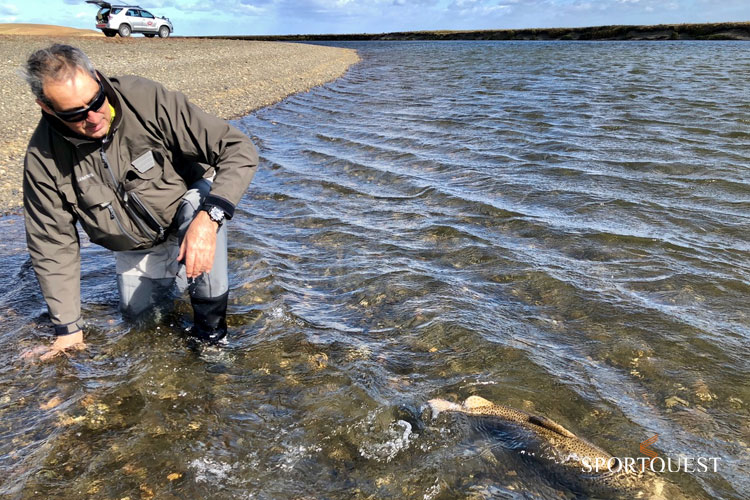 Paddy from Ireland and Harvey from the U.S. completed the group of first-timers. They provided great energy around the lodge, and they fished every day with smiles on their faces. Harvey landed a stunning fish that weighed 17 pounds, one he’ll remember for sure. Paddy also got his share of nice fish. The lucky Irishman even got to fish a second week, as he headed upstream to Kau Tapen after his time with us. 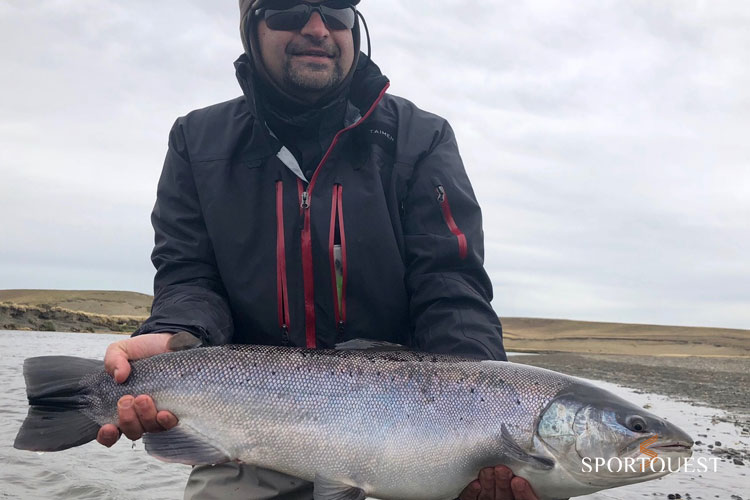 The following week began with a cold night and a brisk morning for our new group of anglers. However, Jean-Daniel from France, who’s fished with us for many years, found a beautiful 24-pound hen on the third cast. So… for two weeks in a row it seems as though the third cast on the first morning is the charm. Be ready!

This set the standard for Jean-Daniel’s week, which included two more fish over 20 pounds. He managed to find fish everywhere, and they were usually large-ish, with many weighing more than 15 pounds. His wife, Emma, showed that she also had the touch. Her biggest fish of 19 pounds came behind Jean, after picking his pocket with a white shrimp pattern.

The rest of the group included all new guests to Villa Maria, although some of the crew had fished with us at Kau Tapen in previous years. Thomas and his son, Wirt, were first-timers on the Rio Grande, as well as first-time spey casters. After picking up the basics, they were soon able to cover the water well and managed to land a few really good fish, including a 19- and a 20-pounder during one memorable evening.

We also had three friends who fished together. They became known as The Three Amigos. They never gave up and fished hard through some tough fishing conditions.