We had the Italians, Ottavio and famous outdoor photographer Mauro Barbacci hosted by Sandro from Catch Outdoors.
We had Americans Ben and Ken: Ben, here for his second time after spending a week with us last year without putting a fly on his leader only to focus on improving his casting. This year Ben felt ready to fish and brough his friend Ken who after a 30 year break was ready to pick fly fishing up again.

We had Swedish Father and Son constellation Leif and Robert: Leif, a fly fishing pioneer in Sweden who was working the Swedish and Norwegian Salmon rivers already back in the 80’s and his son Robert, trying the sea trout fishing with double hand rods for the first time.

We also welcomed long time friend Lech back to the Estancia flying in from New Zeeland.

The river was still low and the first day of fishing saw summer conditions with blue skies and sunshine. Tough for fishing but pleasant for sure. 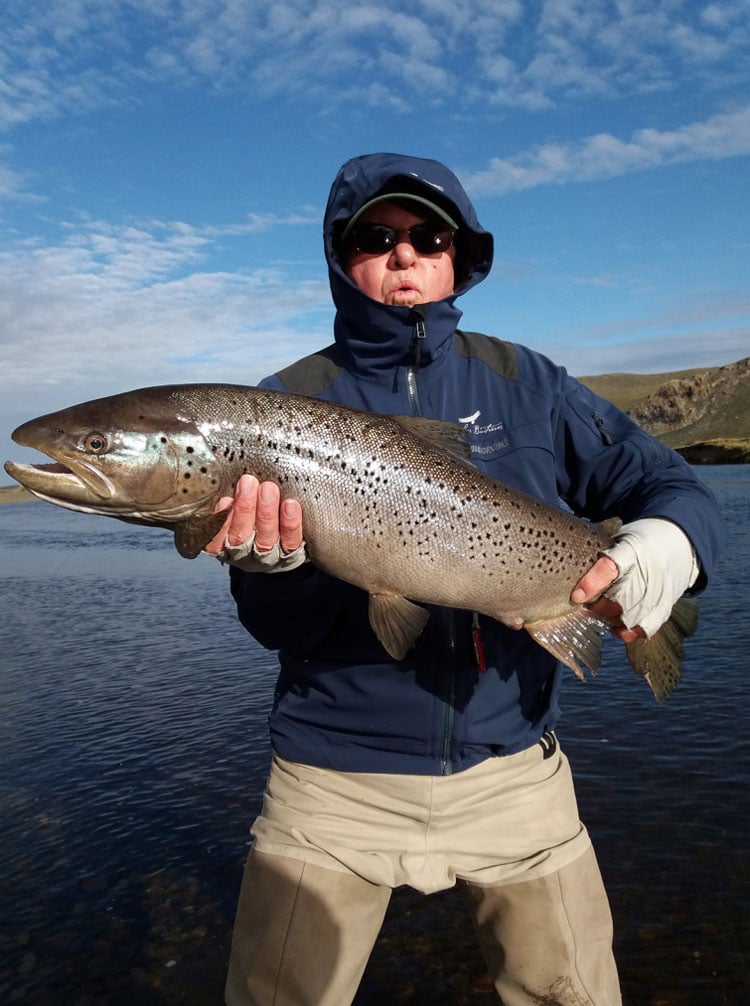 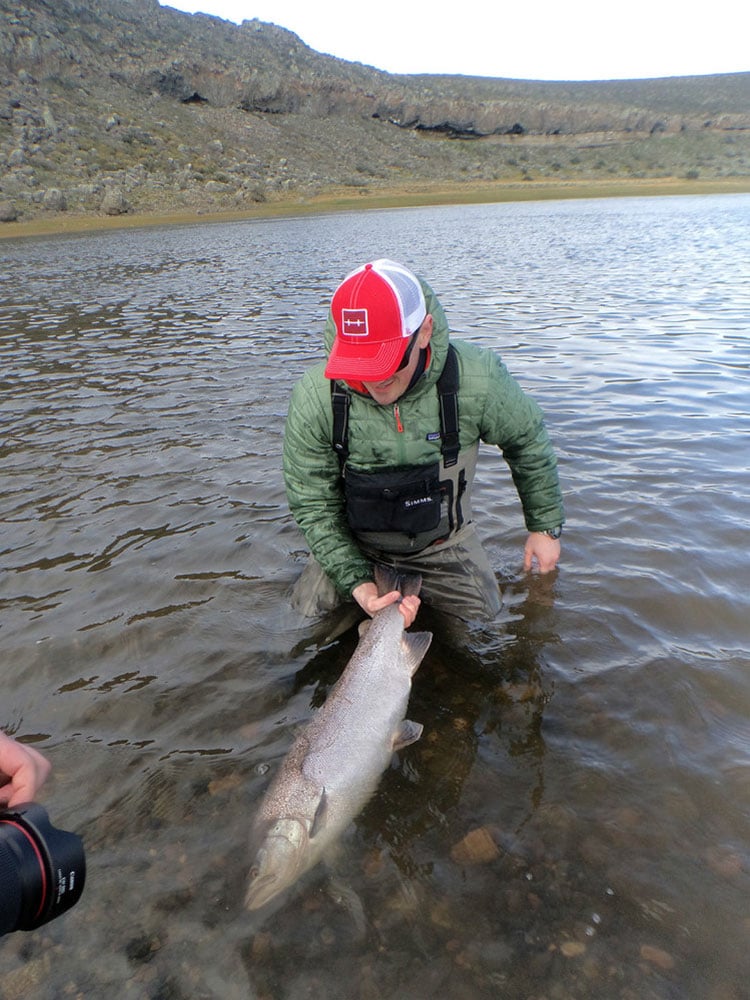 The rest of the week saw an unusual and constant upstream wind from the east, making fishing in the Gallegos very tough. Especially with the low water conditions. A couple of sessions saw the upstream wind reach around 60 km/h creating standing waves in some of the normal hot spots.

Fortunately the group remianed focused and tried really hard. Ben and Ken put a lot of their focus on improving their casting tecnhique and still managed to land a couple of really nice fish. Ken who never had a seatrout before landed his first couple of silver fish while Ben had a nice 15 lbs chromer from La recta as his biggest of the week.

Ottavio and Sandro landed a couple nice fish each. Ottavio with the biggest of the week, a 19 lb absolute beauty from Bridge pool. 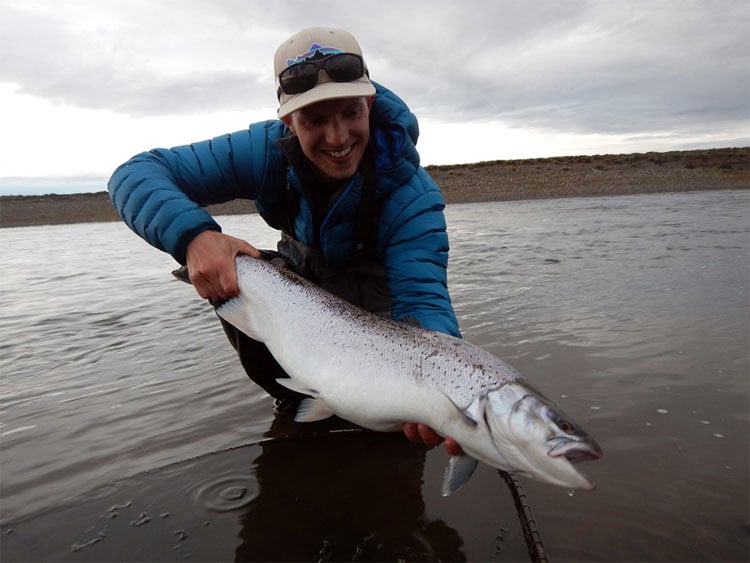 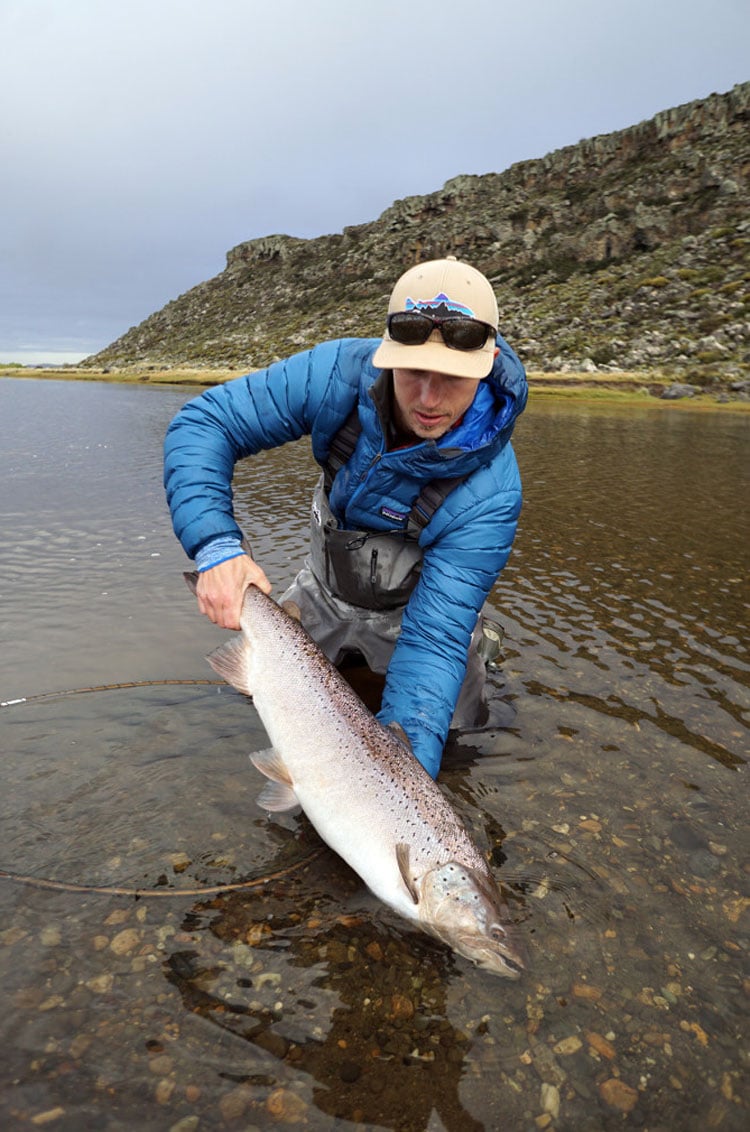 Robert who tried double hand casting for the first time figured the casting out right away and kept improving throughout the week. With several nice brown trouts landed he was still searching for that ellusive seatrout. After loosing a handful of really good fish he managed to land a smaller chromer the last day. Celebrating in style he bought champagne for the whole lodge including the staff! Way to go Robert!

Lech, always with a smile on his face and believeing in every cast he makes appreciated all challenges thrown at him with the tough conditions on offer. His nicest fish of the week a 14 lbs fresh from El Henrik! 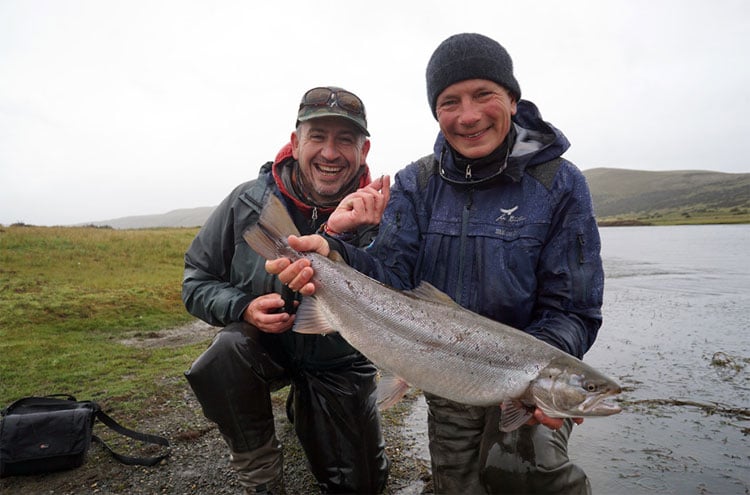 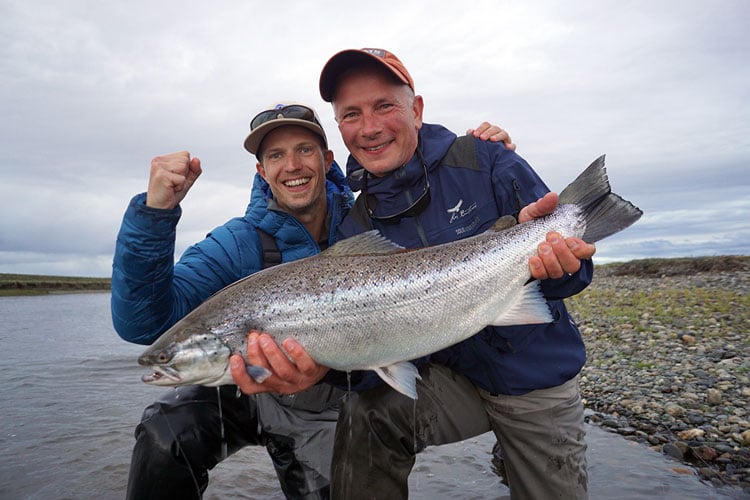 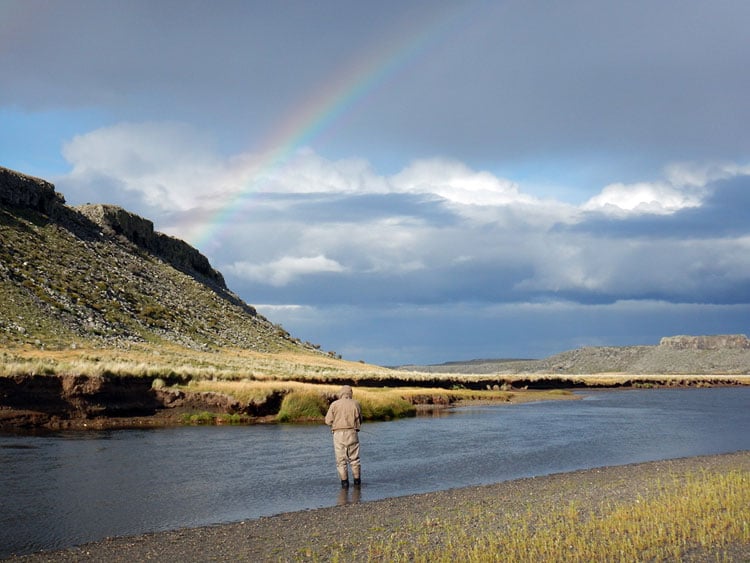 If you have always wanted to fish waters like these that are teeming with huge fresh run fish but struggled to get friends to commit then you should take a look at joining us on our next hosted trip.