We have received this amazing report in from St Brandon Lodge in Mauritius and the fishing has been out of this world, the guests have been catching some amazing fish with some truly beautiful creatures being caught by the anglers over there.

The second week of the September – November 2018 season on St Brandon was an extended trip with guests spending 9 days out on the flats with us. The Bone fishing was slightly more patchy than normal although there were still plenty of world class sessions. We enjoyed another solid 6lb average for the week but many fish in the 7 – 8,5lb range were still landed. One of the more notable fish was Eugene’s 9.5lb specimen which was caught as it snuck onto the flat from the lagoon. Mike however landed our two biggest fish of the week, his first fish of 11lbs caught on a huge sand flat and his second, a very fat 10.5lb fish after initially being spotted snaking up a turtle grass edge. The fish tried to eat the fly twice before crushing it and tearing off towards the horizon. A double-digit Bone is a very special achievement and to catch 2 in a trip is just amazing, well done Mike! 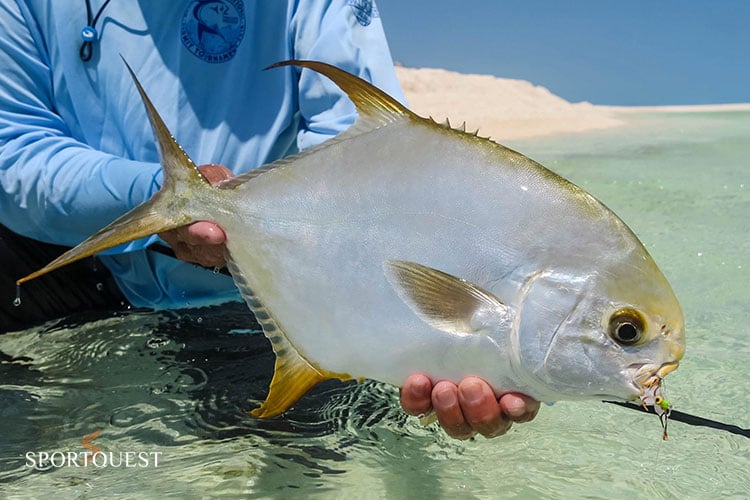 The Permit fishing we experienced during the nine days was nothing short of spectacular. With fourteen Permit landed during the trip this group of guests have now broken our previous record of twelve fish during a trip. Tim and Patito both caught solid 10lb fish each, Eugene landed three for the week including his first ever Indo Pacific Permit when he landed a fin perfect 6lb fish. His second and third fish were both weighed at 9.5lbs. Zack landed two Permit for the week, his first Indo Pacific ever came in at 7.5lbs and his second was a trophy 11.5lb fish. Zack’s first fish was not only special because it was his first Indo Pacific but it was also part of a Permit double up with his good friend Sandflea. This is only the second time ever on St. Brandon’s where a Permit double has happened, and it is truly an occasion that neither of them or their guide ever forget. As for Sandflea, the fish he caught in the double up was his second for the day and one of seven Permit he landed in during the trip. His fish weighed in at 9.5lb, 10lb, 4lb, 12lb, 11.5lb, 5lb and a massive 17lber. Just catching one Permit can be tricky at best but catching 7 in a trip and to be part of a double up is testament to skill level Mr Sandflea has at his disposal! 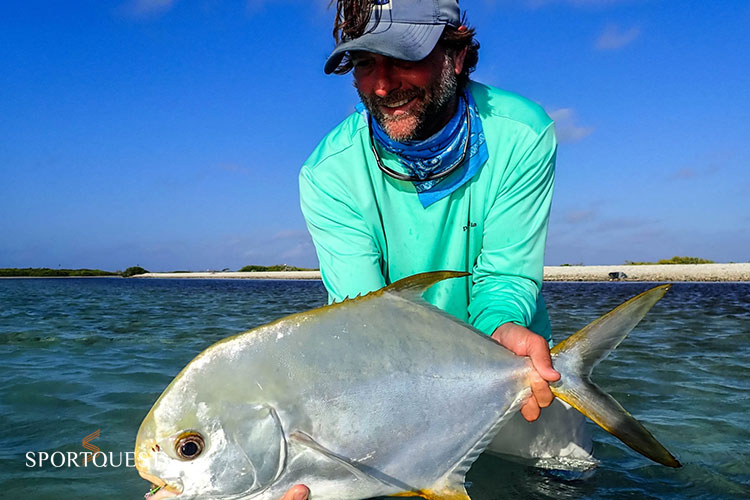 A few of the atoll’s infamous GTs were also seen during the trip and although never easy, the clients did have some shots. Zack had the best chance at landing a bus when one ate the fly only for it come out shortly after. So close! Jed however landed a solid 65cm Bluefin Trevally that absolutely crushed the fly as soon as it moved and with the odd Yellow dot and Golden Trevally being picked up our guests enjoyed some nice variety as well. 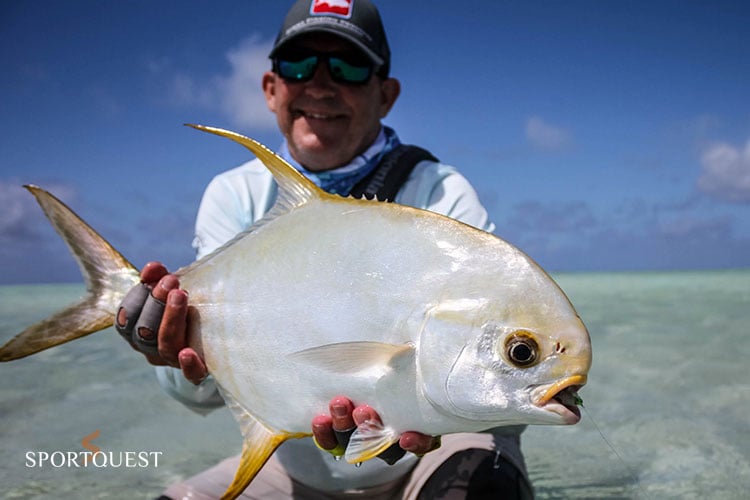 This has been an incredible week with large Bonefish and a record number of Permit landed! With St Brandon’s fishing this well we can only look forward to what the rest of the season has in store for us. 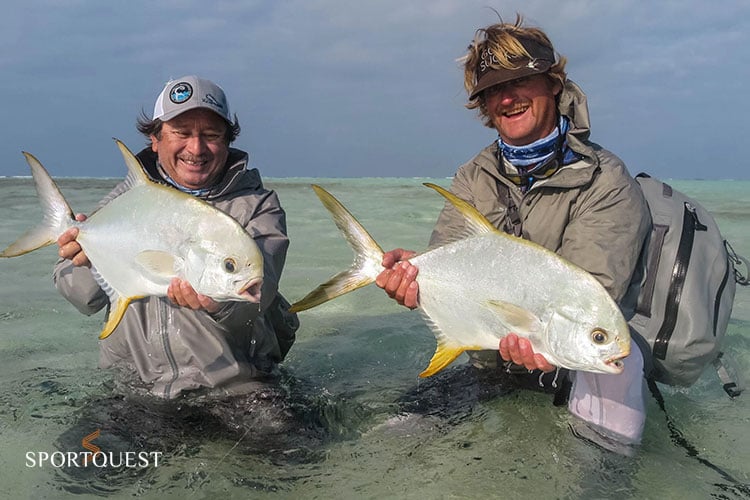 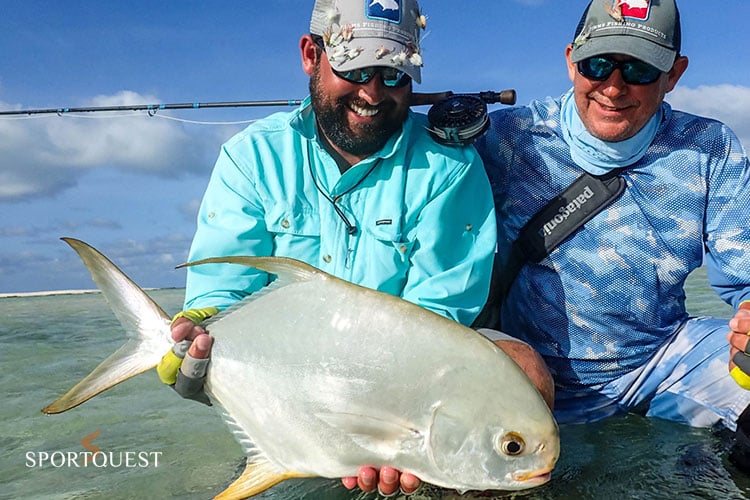 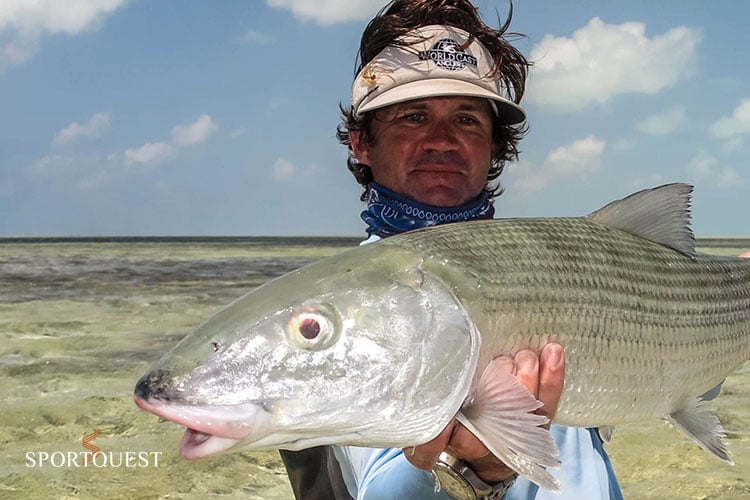 To fish St Brandon Lodge for yourself and catch some of these beautiful fish for yourself then CLICK HERE and get booked up now.