The Best Sea Trout Destination, Its great to be reporting again and this time it is for the World famous Kau Tapen Lodge, Rio Grande in Argentina. If some of you anglers out there have not heard of this lodge then let me briefly explain, simply by saying excellent!!

The lodge, the staff and especially the guides are all first class and are some of the kindest and caring people I have ever had the privilege to meet. Let me just give you a little more information on the guides, now these guides are what really makes this place the best Sea trout destination in the World. They have accounted for 5 World Records and have been going for the last 25 years, so you may agree with me that they are really doing something right.

We have some great Rods available for 2015 in some peak weeks, so to avoid disappointment call me now. To check availability please call me directly on 01603 407596 or simply click HERE and i will call you

Enough from me, I will let you read the kind words the Head guide has forward me

The term “fly fishing bum” is a phrase commonly heard throughout the fly fishing industry, YouTube clips abound of twenty something year olds heading to the most remote places possible equipped with little more than a fly rod, a selection of flies and of course some form of GoPro or camera to document their conquests.

Most return from such trips without a penny to their name but regard the experience and adventure as priceless, cherishing their photos and video clips as valuable commodities. Our group of eight guests this week while far from bums in their respective careers have spent the bones of the last thirty years seeking similar commodities, household names throughout the fly fishing community they have ticked their bucket lists of remote fly fishing destinations many times over and most certainly fit the mould of fly fishing bums. They have seen operations such as Ryabaga on the Ponoi and Kau Tapen here on the Rio Grande evolve from their very inception so when it comes to fishing they possess a calmness which I am sure is only acquired from a life time of fishing. Unlike many guests who stand like soldiers waiting for the convoy of guides to make their way to the front of the lodge these battle harden folks saunter out in their own good time confident in the fact that they have not missed some secret “magic hour”. As a guide little has to be said in the way of advice, simple suggestions of fly choice is all that is required. With regard to photographs only the grandest of fish are deemed worthy of a snap. Put simply, they have seen and done it all before and after so many years they simply revel in the fact that they still “have it down”. 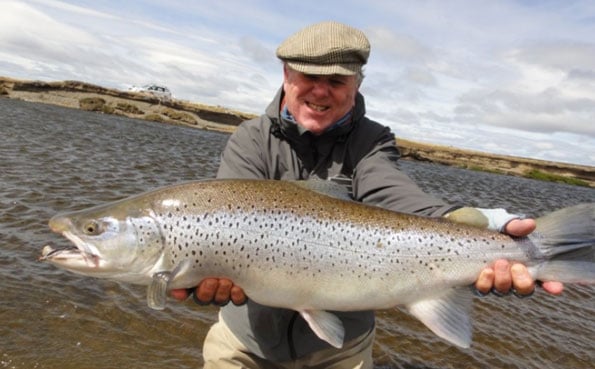 Fishing this week remained strong, typified by Bobby who reeled back the years in terms of performance and finished his final day with seven fish, bringing his weeks total to twenty-six. Nicole yet again proved the effectiveness of delicate presentation in clear water conditions and fished the entire week with floating line tactics, she came as a breath of fresh air to us guides who know all too well that less is often more when trying to outsmart these tricky fish. 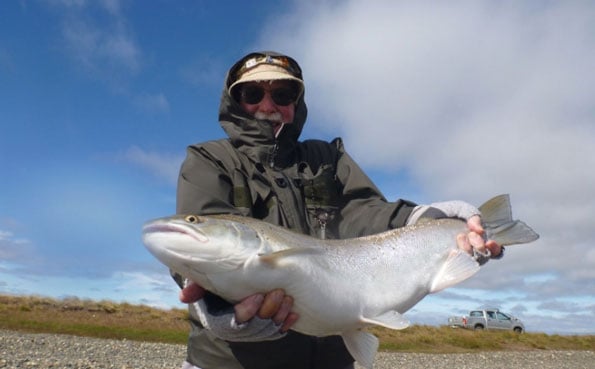 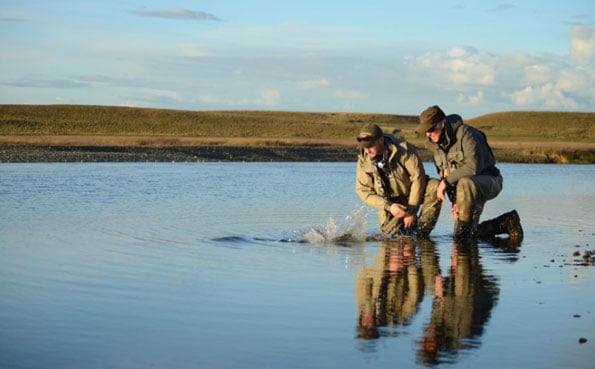 The “Bill Young fly” did its damage during the week, helped in no same way by its name sake and inspiration, who just so happened to land the biggest fish of the week at 16lbs. Bill was up to his usual party tricks at the bar and became an instant favourite with the girls in the kitchen after presenting them with elegant bracelets and earrings fashioned by his wife back at home, I am sure that some of the guides have taken note of his charming tactics and may well try to employ similar before the season is out. The father and son team of David and Chris went toe to toe in terms of catch rates all week but as we say at home “ the olde dog for the hard road and the puppy for the path” with David finishing no more than a fish or two on the better side.

The peacock fly, known for its effectiveness in producing furious takes was the fly of choice for Cheryl who landed a stunning twelve pound fish on one of our slower session of the week, while on the same day her fishing partner Peter proved that the Rio Menéndez a tributary of the Grande is well worth a fish by landing a fourteen pounder. Of course we cannot forget the groups head honcho Mr Randolph whose performance both on and off the river was “never better”. Having accounted for his fair share of the week’s total catch he thought it no more fitting than for yours truly to belt out a few Luke Kelly (an Irish folk singer of some repute ) classics on the condition that he would follow with another Irish classic “ Murphy’s Sick Note”. A true character I look forward to doing the same with him in Russia this summer. 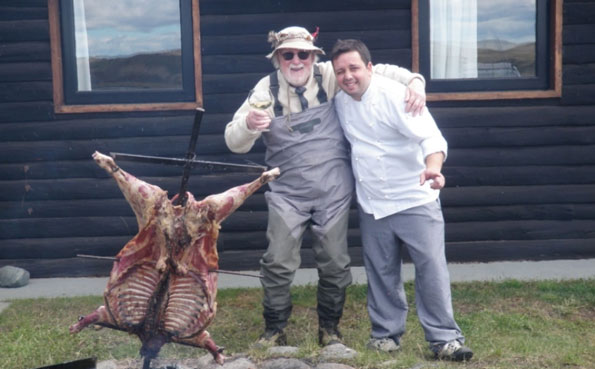 On behalf of everyone here at Kau Tapen I would sincerely like to thank this group of people for the loyalty they have shown over the years and look forward to meeting them all in the future. 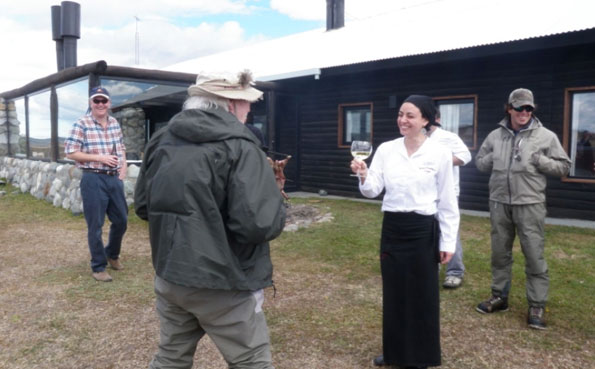 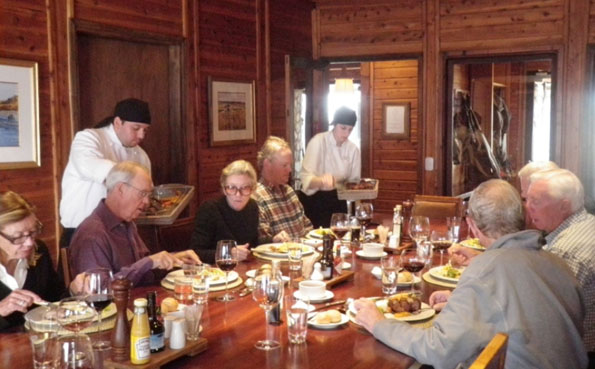 The numbers of this week: