Steelhead Santa Cruz on the 18th of April we welcomed our 3rd group of customers for 2.5 days of fishing all eager to try their hand at the only Atlantic Steelhead. Below is a report of each day and as you can see our new operation is quickly becoming the hottest Steelhead fishing in the world. Plus fish with NO crowds

Our group arrived to Los Plateados right on time for lunch, and chef Diego was waiting for them with a traditional meal. after lunch everyone was very eager to get all the tackle set up, putting on Skagit heads, choosing the right tips and flies. Then it was time to start. The group headed to Guanacos in order to get a hang of the Skagit casting techniques and see if there were any Steelhead ready to take their flies.

The first two customers fished at our Steelhead Santa Cruz through the pool but no takers. as the second pair reached the middle part of the run one of the group screamed as a good fish grab his fly. The hard fighting Steelhead was eventually landed and itt was one of the prettiest male Steelhead seen this season so far! A 16lb fish with that lovely red flags running the length of the body and a fish that customer will never forget.

While play this fish his fishing partner also connected to another very hard fighting and high flying fish that unfortunately found the perfect way to jump the hook. Nether less that was two good fish hooked and one landed in the first pool, which also goes to show fishing the pool first contrary to many anglers belief is not always the best Steelhead Santa Cruz. 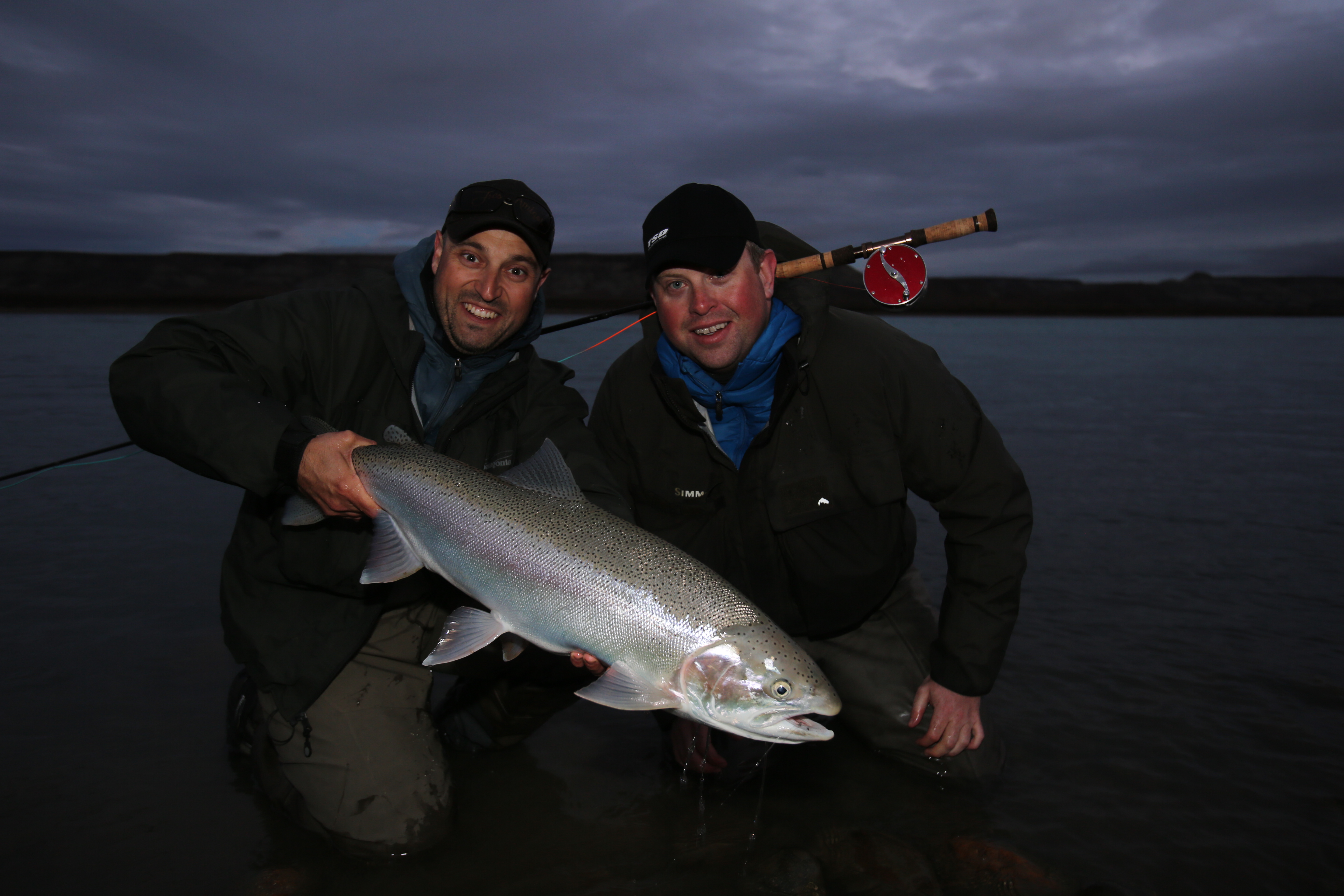 Result for Day 1 (half Day) at Steelhead Santa Cruz: One landed (16lb) and one lost.

For the second fishing for Steelhead Santa Cruz day strong winds were expected, so everyone prepared for it and took the trucks instead of the boats to move along the river and loom for more sheltered fishing conditions.

Unfortunately the weather got the best of the day, with the strong winds very quickly colouring up the water which put the fish right down. Consequently only one fish was hooked and again unlikely for Jim the fish after a good fight came off.

All too soon it was time to go back to the cabin for dinner and make a new strategy and plan for the following day while enjoying some Mexican appetizers and a full 3 course meal Steelhead Santa Cruz. 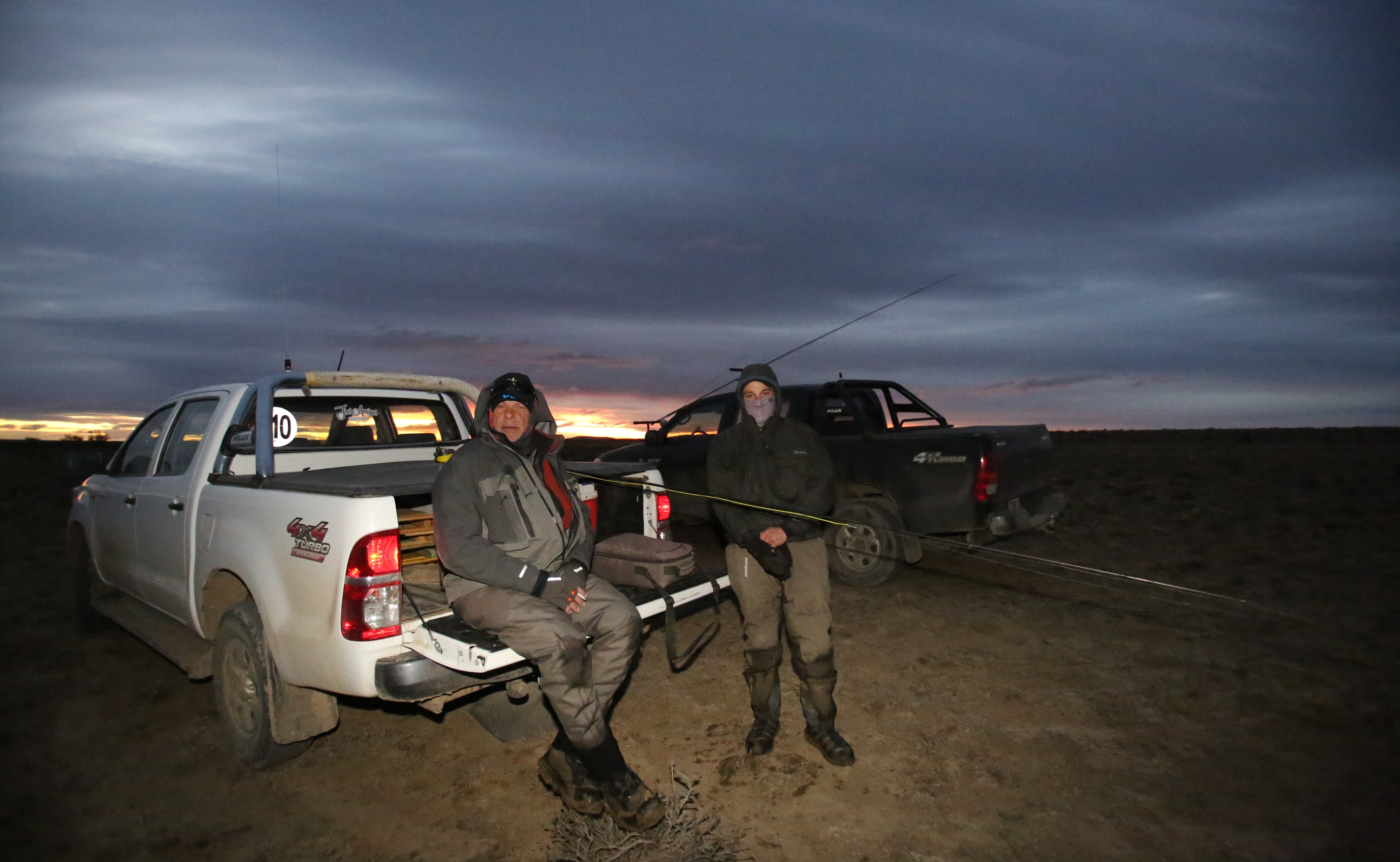 Result for Day 2: One lost.

So for Monday morning the plan was to split into two groups. With much better conditions, guide Pollo went upstream with one of the jetboats and guide Claudio managed to cover pools tried the day before by truck.

Both groups fished during the morning and joined for lunch in Comedor pool where Leandro and Pollo were preparing pizzas on the grill by the riverside. The result of the morning, Jim landed a 7lb in Power Plant pool and followed by a 22 pound fresh one from Fence pool in a doule with Patricks 15lb! First double of the season and the biggest fish so far! 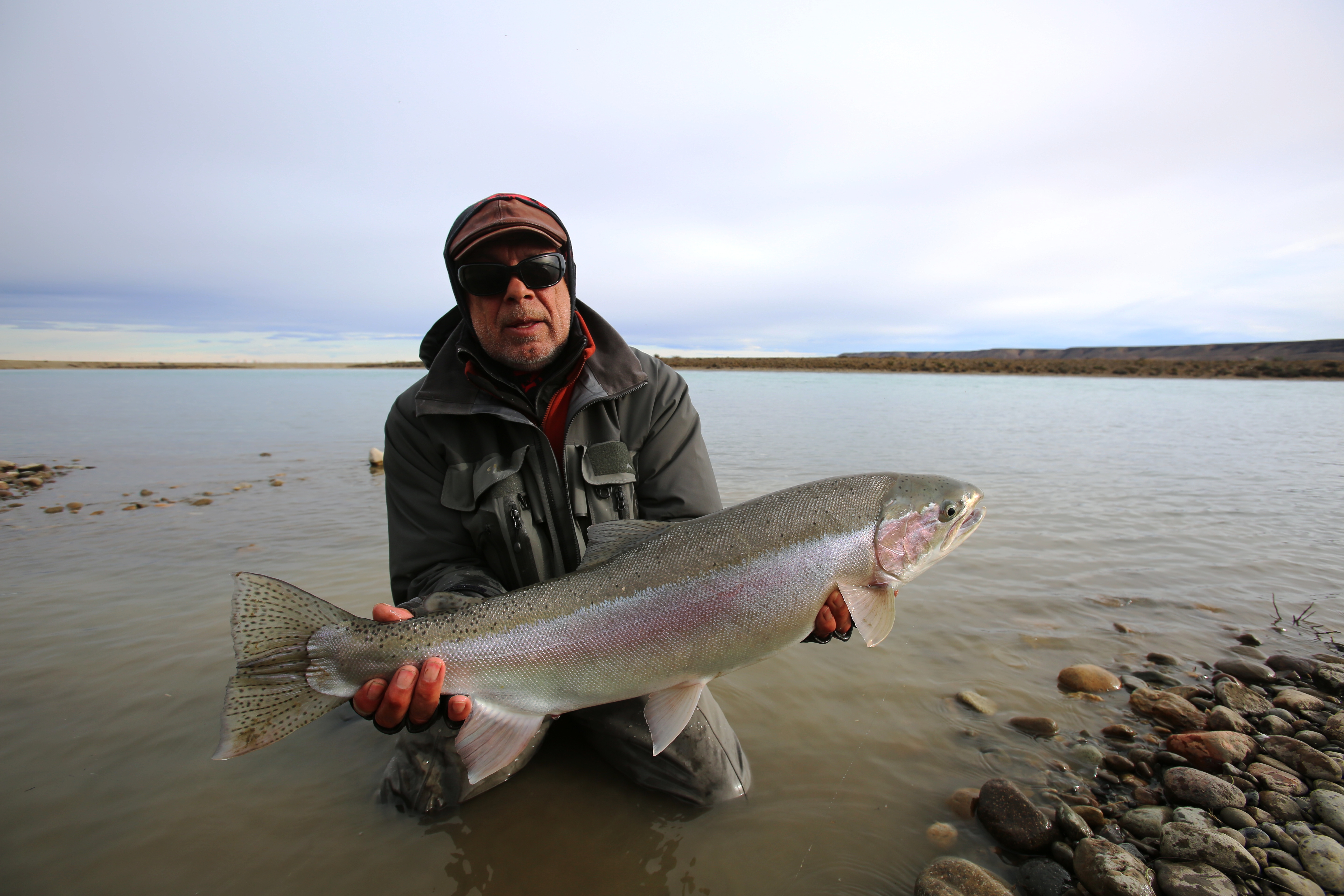 The group working the lower pools managed to get an 11lb fresh fish at Elephants and after a while trying Blacksmiths Lars had a massive pull that unfortunately didn’t connect but they also saw a few fish on the move, reaching the pool.

After switching, it was time for Ulf and Lars to go upstream and Jim and Patrik to try lower pools. They headed straight to Blacksmiths in case some more fish reached the pool. In a matter of an hour Patrik had two good strikes, one broke off and landed one of 10lb while Jim, trying the lower part of the run managed to land another beauty, of 93x50cm, his second 20lb+ fish of the day. 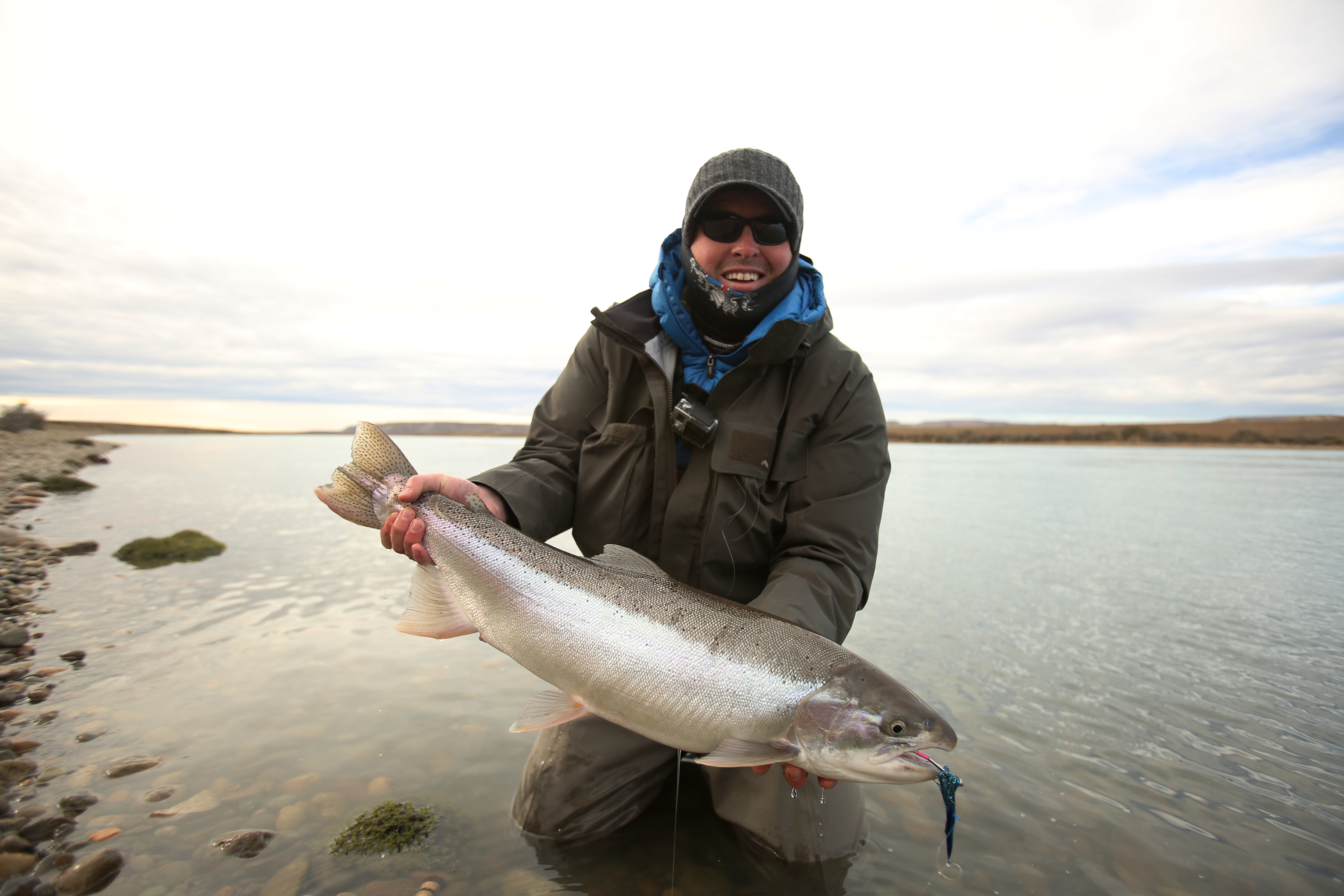 The water level kept more stable during these days, with the visibility improving and water temperature dropping to 5°C. Winter Steelhead patterns did just fine, with Orange and Blue combinations working well. We clearly saw the arrival of a fresh run of fish with a large average size. Still more to come! So make sure you do not miss our weekly reports and remember if you want to join us in the 2016 season book now as places on the NEW fishery are already disappearing fast. 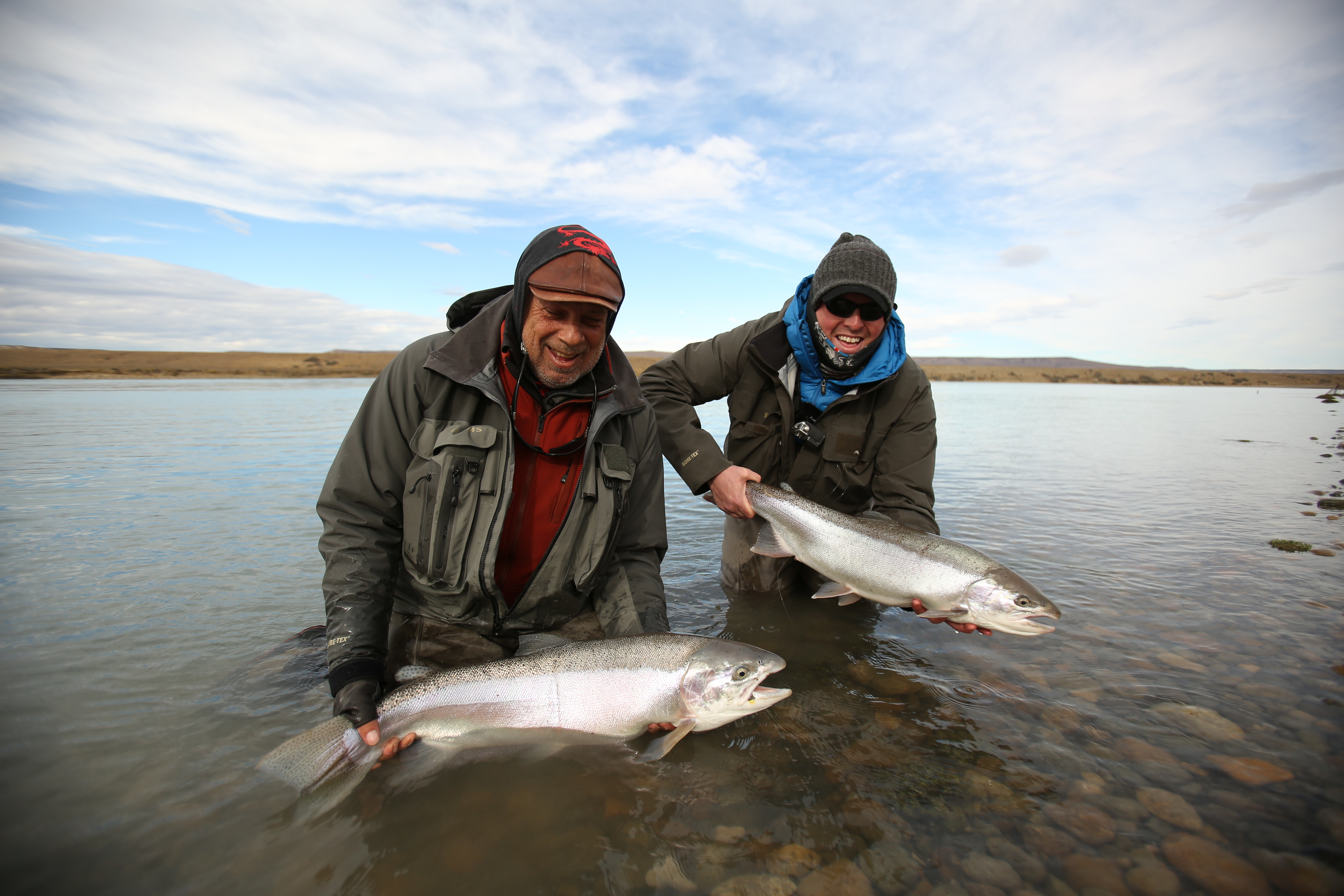 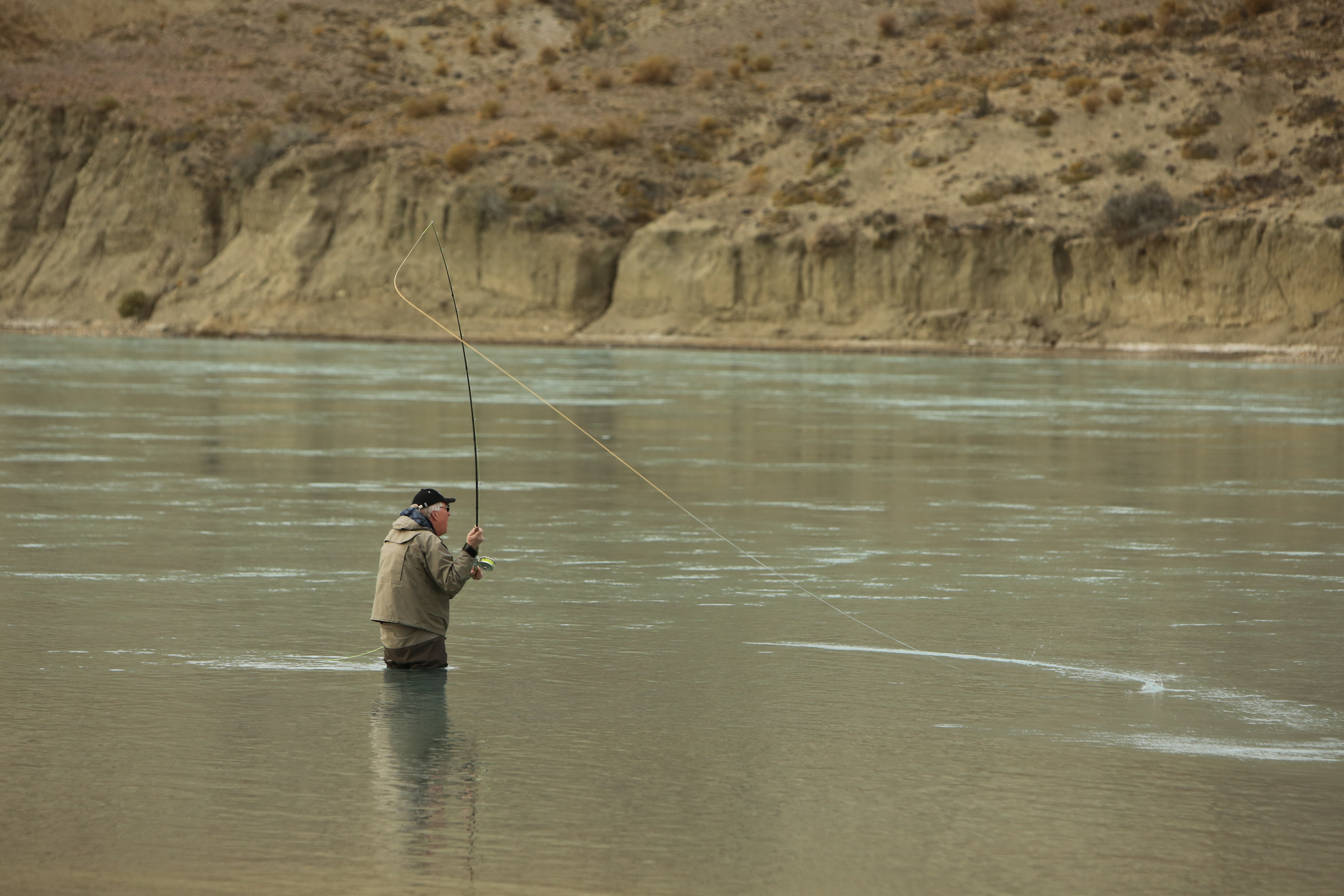 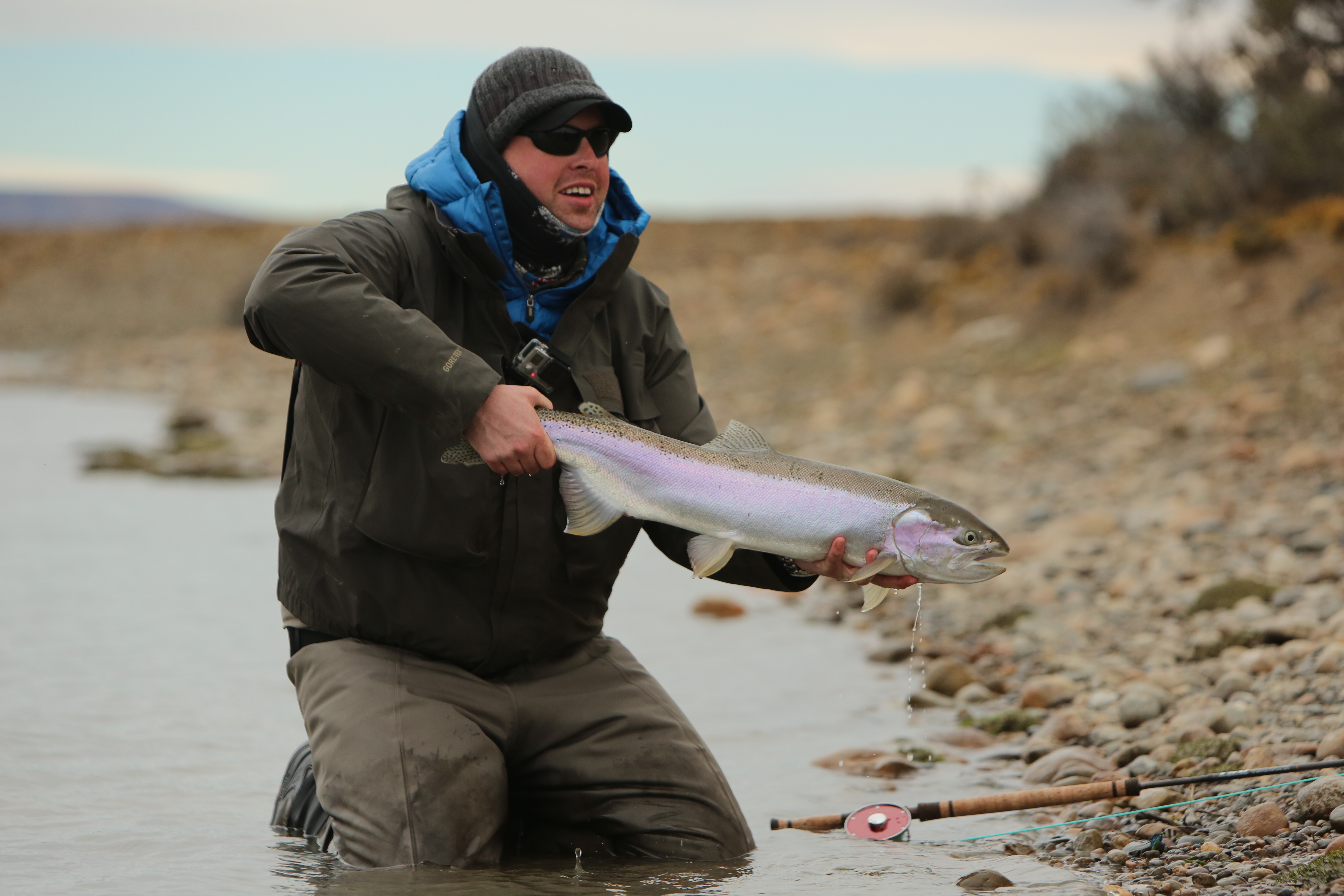 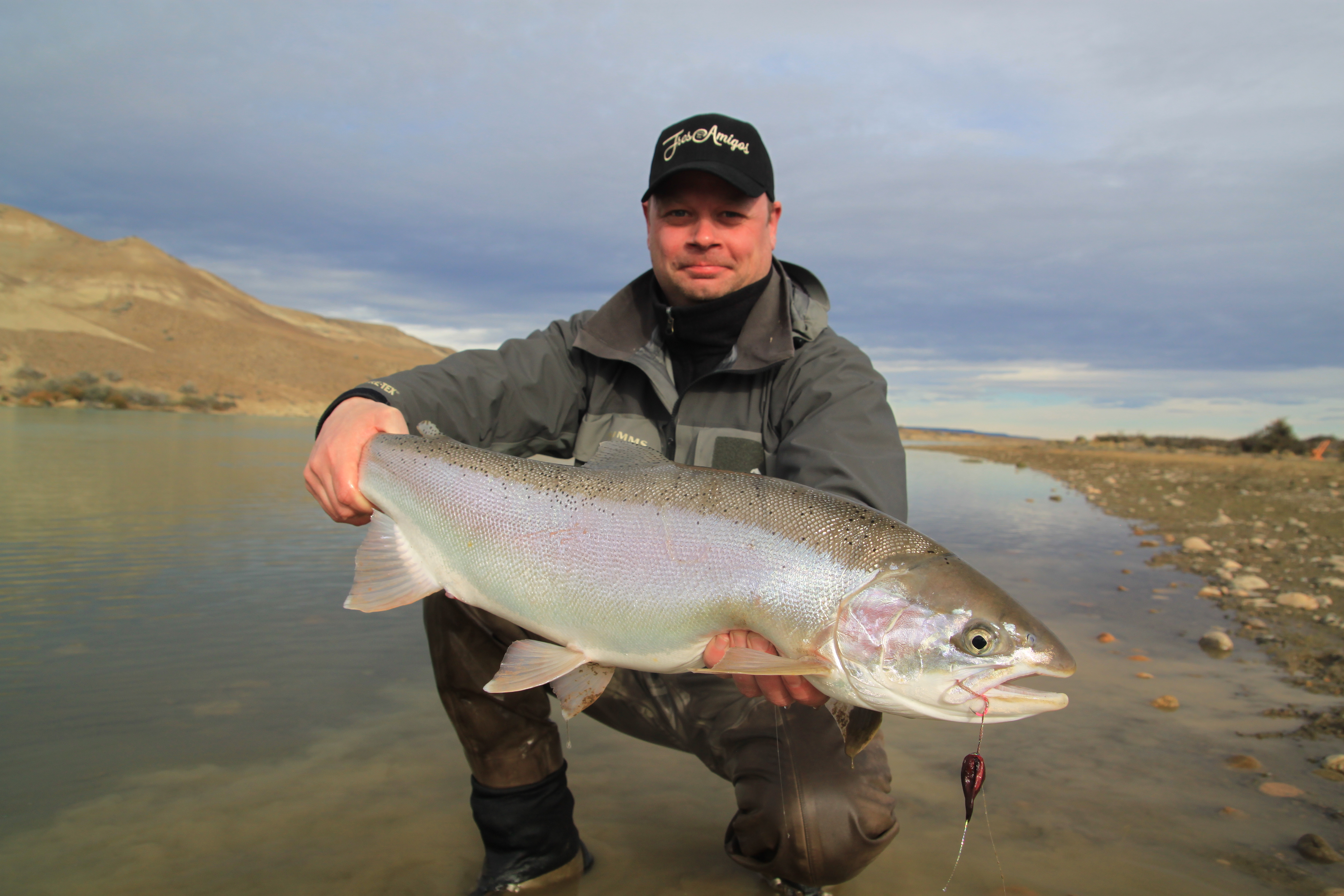 This past week at Camp Bonaventure we had returning guest whom we love to catch up with every year and create more memories.  We also had the opportunity to meet new guest and create friendships. ...
Read More >
Top Freshwater Fly Fishing Holidays

We often get asked by anglers where we recommend when it comes to freshwater fly fishing, below we have listed just a handful of our favourites over the years that are perfect for all freshwater...
Read More >
Three Childhood Friends Tackle Alaska Trophy Adventures Lodge

Sometimes secrets are meant to be shared….sometimes they are waiting to be discovered!   Seek and Find!   Here’s the story of Johnny, Armour, and Wells… three close childhood friends on their first-ever visit to Alaska who...
Read More >
Stay in Touch
Sign Up To Our Newsletter
Sign up to our weekly newsletter to get the latest travel advice, offers and adventures.
Sign Up Now
Request A Brochure
Our inspiring, free brochure is packed with incredible travel inspiration from every corner of the planet.
Request Now
Submit An Enquiry
Our experienced team are always on hand to help you with any questions or advice you need.
Enquire Now