Farquhar Atoll off to a flying start

Farquhar Atoll off to a flying start

Farquhar Atoll off to a flying start and after dealing with all the pre season preparations, the guides and our first group of guests eventually stepped off the Beachfront 1900 charter plane and onto a sunny Farquhar on the 19th of November. We were finally back on this magical fishing destination and it was time to do what we do best….catch loads and loads of fish!

After 5 months wait everyone was excited to reacquaint themselves with the Triggers, Bumpies, Bones and Giant Trevally which call Farquhar home. What they experienced over the first few days can however only be described as spectacular …..and it hasn’t slowed down one bit since. The GT fishing in particular has left some deep notches in the memory bank, some of the encounters seeming so far fetched we had to ask the guides to “please repeat” when chatting to them over the sat phone! Below is an extract from what they had to see after their first week:

“First full day on the flats and Grant Dryden landed an impressive GT of 114cm, with another 5 coming to hand amongst the group before the days end….not bad for a neap tide we thought. What happened on the second day however cannot be described accurately with words. One of the groups had chosen to fish around South Point Pinnacle and what they witnessed will be forever etched into Farquhar folklore. After seeing some enormous explosions just off the flats and some initial guessing, the group was soon to realize that it was in fact enormous GTs launching themselves out of the water. After racing over to the action we saw these huge fish trying to bring down the low flying Noddy Terns which were returning to the island after feeding out at sea. On more than one occasion the guests witnessed birds going down….hard to imagine but believe me it happened. That day 5 really good sized fish were landed, with Mark Jensen pinning another trophy of 109cm. The mayhem continued for the next 2 days with 7 more GTs being landed and many more lost. Farquhar was on fire!”

“Not to be outdone, Ollies consistently produced the goods and handed Craig Jensen a gorgeous 120cm GT, but the fish of the week went to Mark Jensen who muscled in a 134cm monster! To say we were being treated to a GT feast is the understatement of the lifetime!”

Subsequently two more trips have come and gone and the fishing remains consistently impressive. GT’s, Bumphead Parrotfish and Bonefish in particular are all around in good numbers and we expect some more memorable catches as the season develops.

View all our destinations in the Seychelles Click Here

With the wheels finally starting to turn we were able to welcome another full group of anglers this week. Some of which are long-standing friends and guests who have all been counting down the days...
Read More >
El Pescador Report October 25th to 1st November 2020

Once again we have a brilliant report coming in from the waters of El Pescador, and by the look of things, they are catching some really good fish with some monster Tarpon being landed! Ill...
Read More >
El Pescador Report October 18th to 25th, 2020 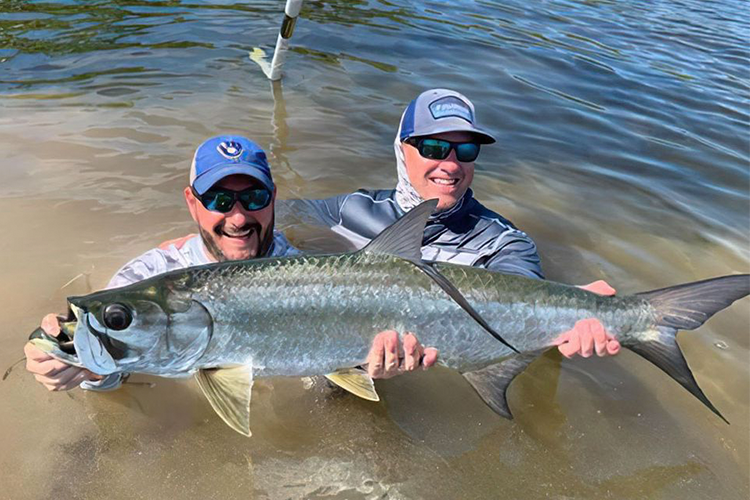 Its amazing to see that El Pescador is continuing to produce amazing fish for the anglers who visit their waters, we wish we could be there! I’ll now hand it over to fishing manager at...
Read More >
Stay in Touch
Sign Up To Our Newsletter
Sign up to our weekly newsletter to get the latest travel advice, offers and adventures.
Sign Up Now
Request A Brochure
Our inspiring, free brochure is packed with incredible travel inspiration from every corner of the planet.
Request Now
Submit An Enquiry
Our experienced team are always on hand to help you with any questions or advice you need.
Enquire Now