Another week passed by as fast as a dorado hunts a sabalo. A group of five fisherman — came to visit this secluded jungle destination to chase a dream and expand their horizons in the world of fly fishing. 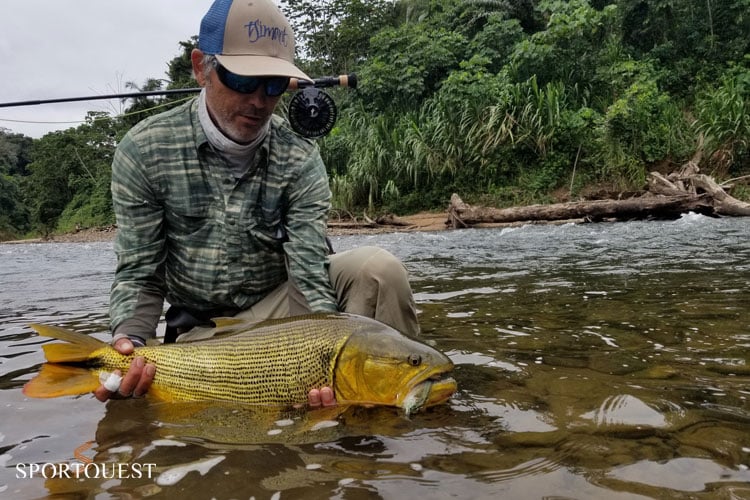 Lucas and Leonardo decided to camp the whole week with Juan Carlos and the chimanes. They went all the way up to the headwaters to what we know here as “El Chorro,” where they found and caught lots of dorado between 10 and 18 pounds.

On Sunday, after a heavy rain, the weather turned cold, but that was not an impediment for these brave fishermen, and the river rewarded us with the first GRAND SLAM of the season — a dorado, pacu, and yatorana on the same day. Nice job, Derek!

While fishing the downstream section, we caught many small and medium-sized dorado. Adam and Ryan, two friends, landed a couple of nice dorado as well as a four pound yatorana.

This week we decided to fish the tributaries. The perfect and pristine waters of the Maniquicito and Ashahana have been untouched since last season. We went there with Derek, and we were pleased to catch four dorado over 16 pounds, including a 22 pound dorado which was the biggest fish of the week! All of these fish were caught in a 10 foot wide crystal clear creek — something difficult to describe (so check out the pics below to see for yourself). What a week! 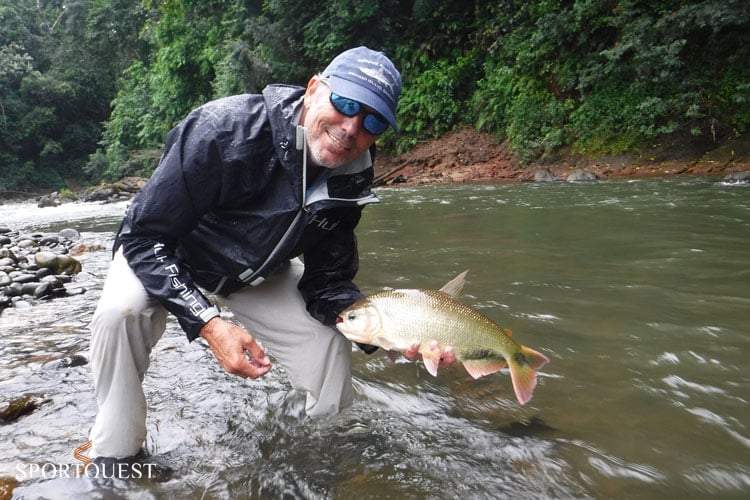 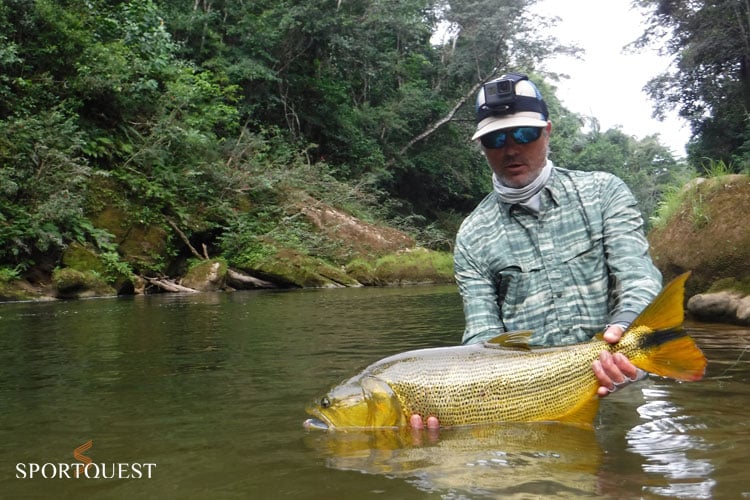 This week we hosted eight anglers — all friends and avid saltwater anglers, so we knew this was going to be a fun week.

It’s been the coldest week so far. The temperature suddenly dropped after day one, forcing us to work a little harder the following days. However, once the sun reemerged, the water got warmer and the fishing improved. 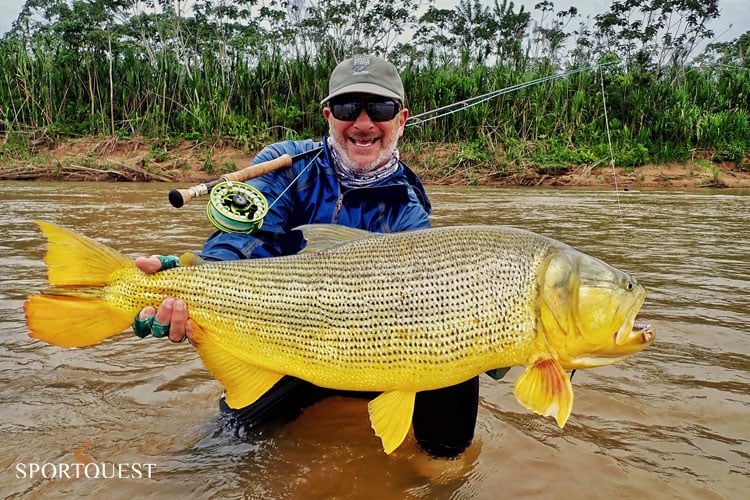 The Lower Secure is a larger river, so it wasn’t affected too much bythe cold temperatures. The river gave us a number of fish in the15-pound range and one in the 30-pound range, landed by tarpon expert Mitch on the very last cast of the second day.

The Main Pluma, one of the smaller rivers, was difficult the first two days. However, later in the week anglers encountered feeding frenzies and sight fished their way to catching five fish over 23 pounds. We captured a great picture and an unforgettable memory. With the same steady activity, the Lower Pluma gave David his first sight casted 25-pound dorado.

The Itirizama, with its usual technical demands, was challenging, but welanded some fish in the eight-pound range. On the upper section ofthe river, the guests experienced firsthand how it feels to sightcastto a 20- to 25-pound dorado, although the cold water made things alittle more difficult.

We shared six days of friendship, laughs, good wine, and lots of opportunities to connect with these golden monsters. Thanks to Steve,Mitch, David, Bobby, Steven, Lenny, Stuart, and Glenn for this week. We look forward to having you again. 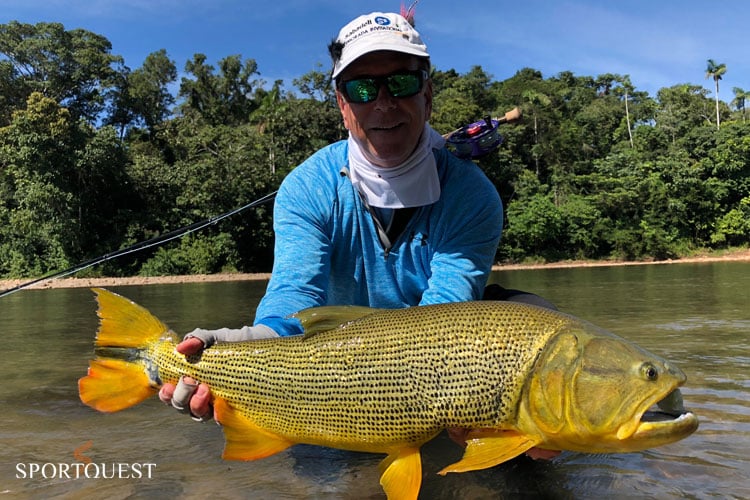 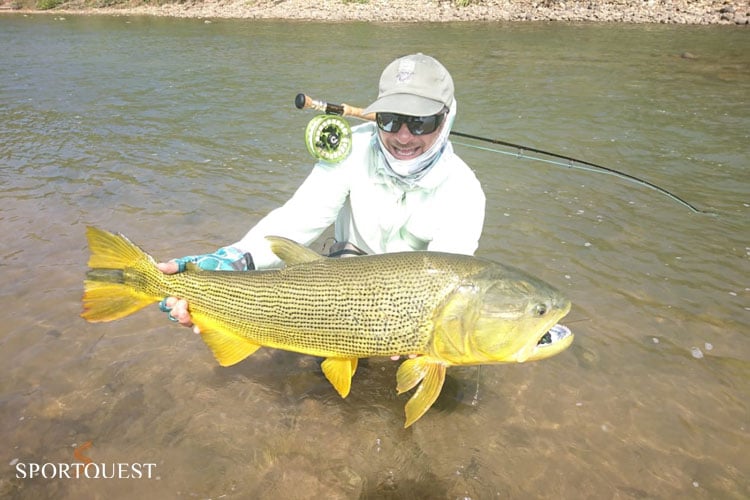 Like many other fish, the dorado is very sensitive to changes in pressure. At the beginning of last week we had the coldest days of the whole season, but regardless, Tim Caine and Peter Campbell, two old friends and very good fishermen, went up to the Agua Negra. Even with the cold and rainy weather, the search for trophy golden dorado was worth the effort. 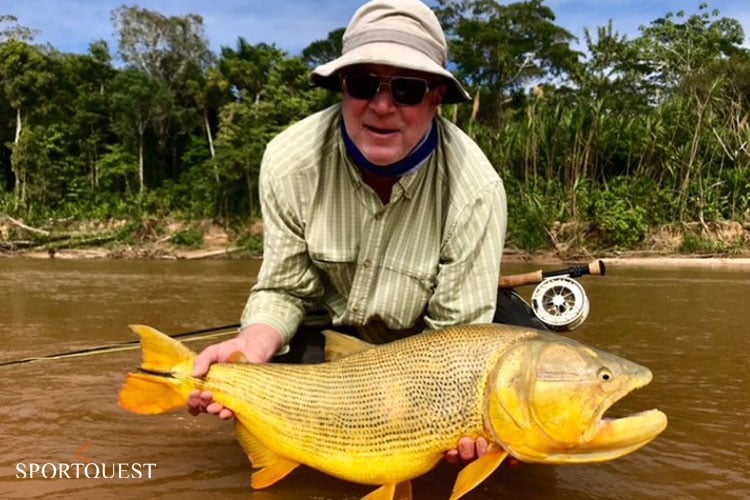 Sometimes changes in pressure are bad, but sometimes these changes are great, and in this case, they landed more than eight fish over 15 pounds as well as some small and medium- sized fish. As you know, feeding frenzies are an exciting event on this incredible river, and Tim and Peter found, two beautiful jaguars hunting sabalo alongside dorado. This very well could be one of the greatest events to witness in this jungle.

Petter and his wife Silvia, made up the rest of our group. They are two great people who shared another week with us in the jungle — starting the week fishing the Main Secure and trying to move fish from the logs. Silvia is a new fly angler, and she fished very well, catching her first big dorado on the second day of the trip.

Silvia and Peter enjoyed the Agua Negra for the last two days of the week,fishing these waters with guide Luciano Atrata and two of the localguides. They made a nice camp and got some small fish but also a 17 pound dorado.

The biggest fish of the week was caught by Peter on the Main Secure — a 22 pound fish that he discovered while sight fishing. 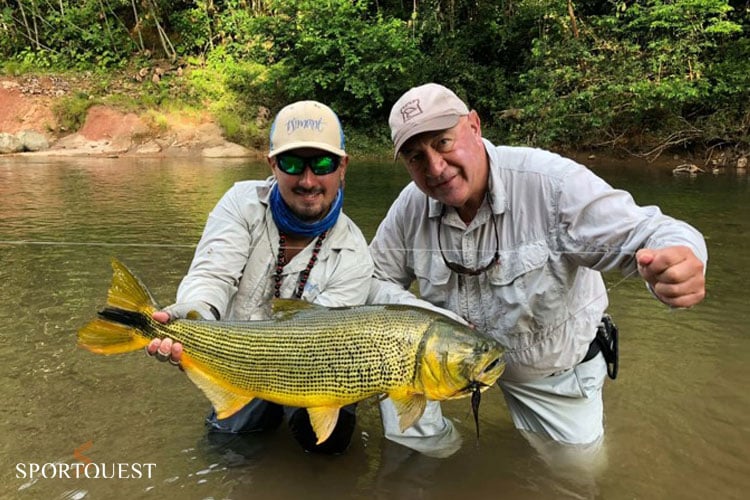