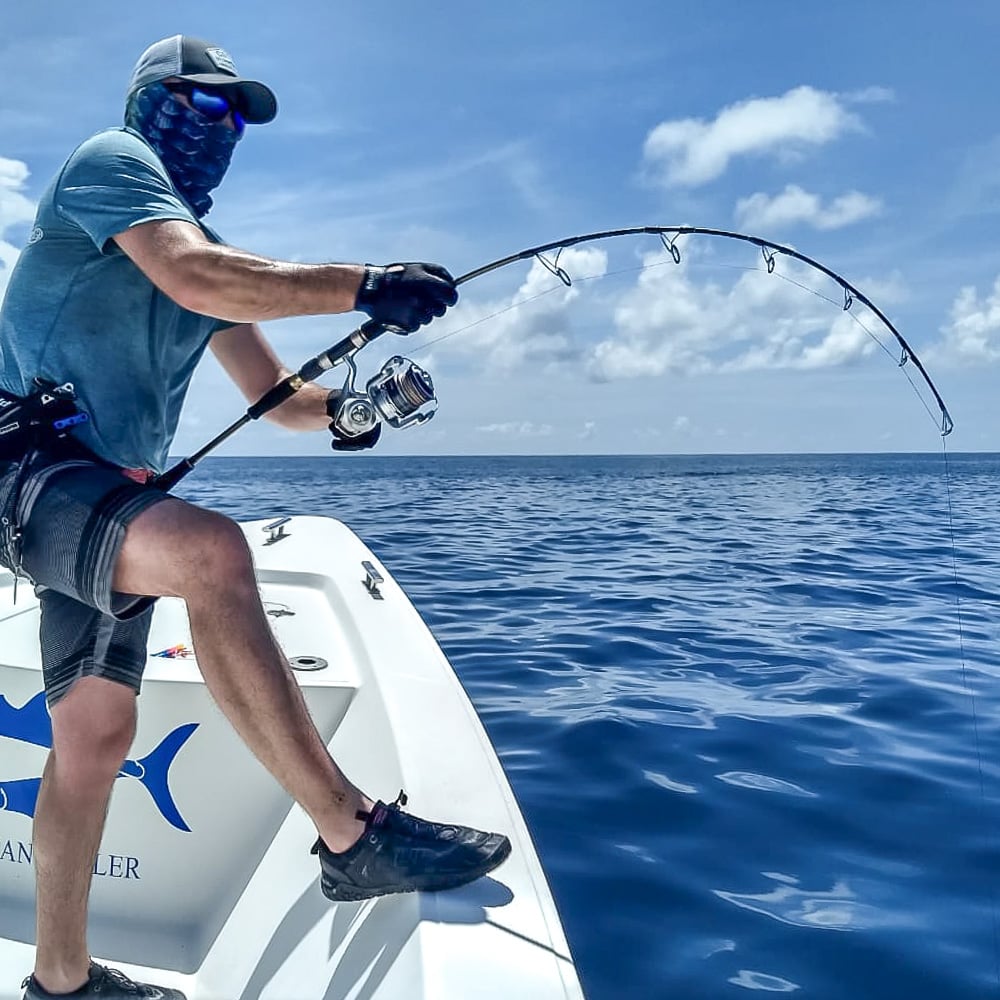 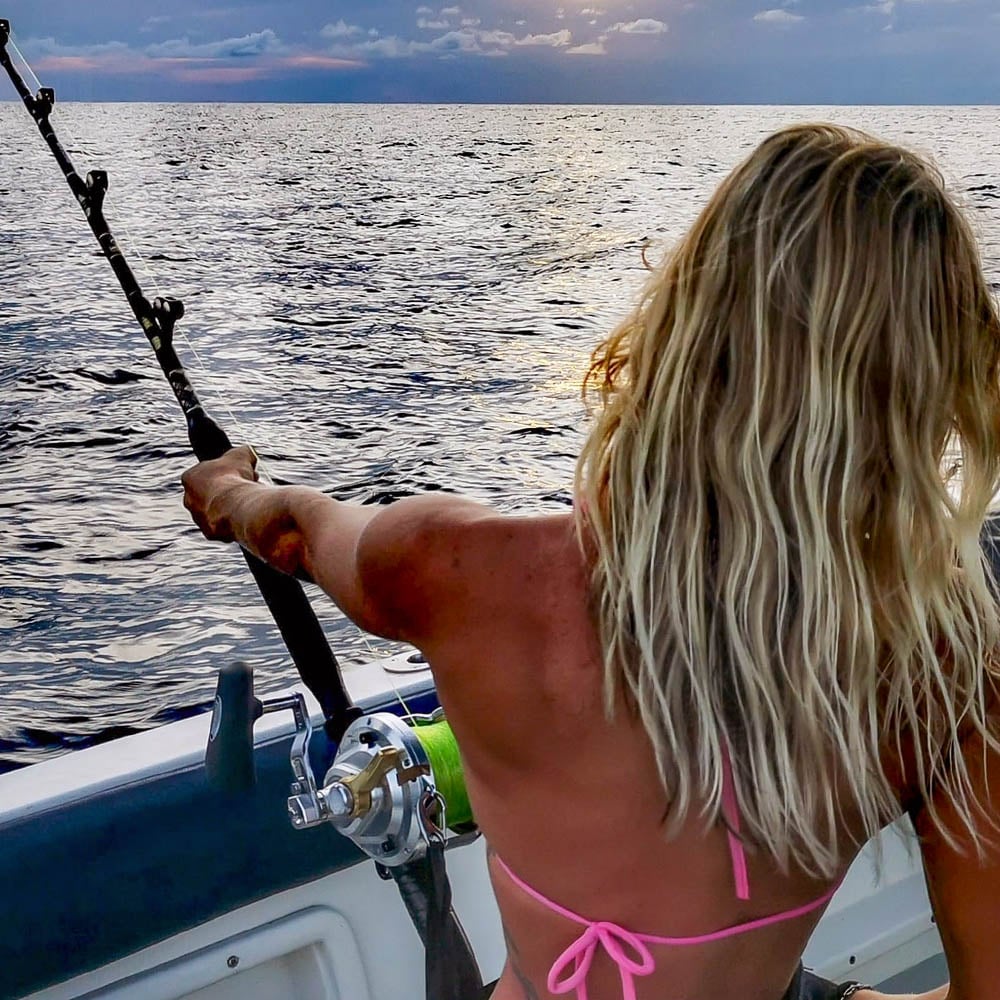 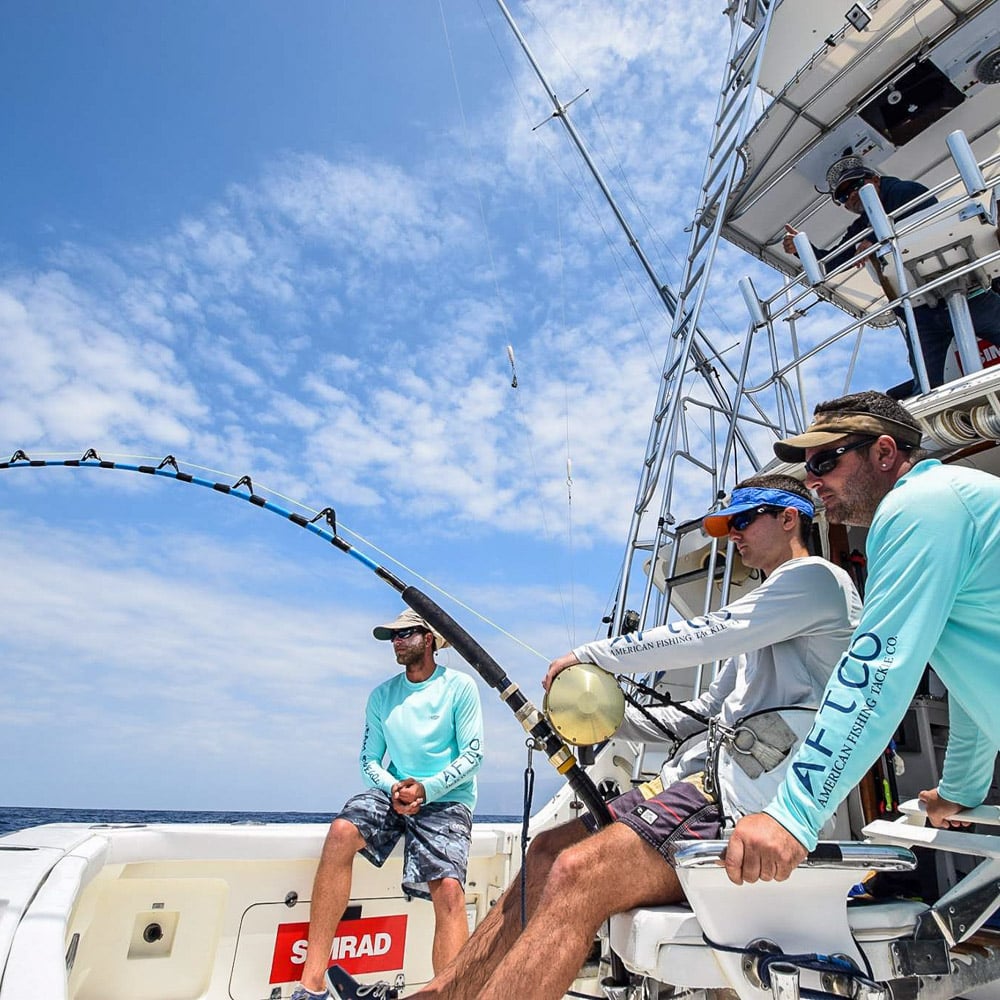 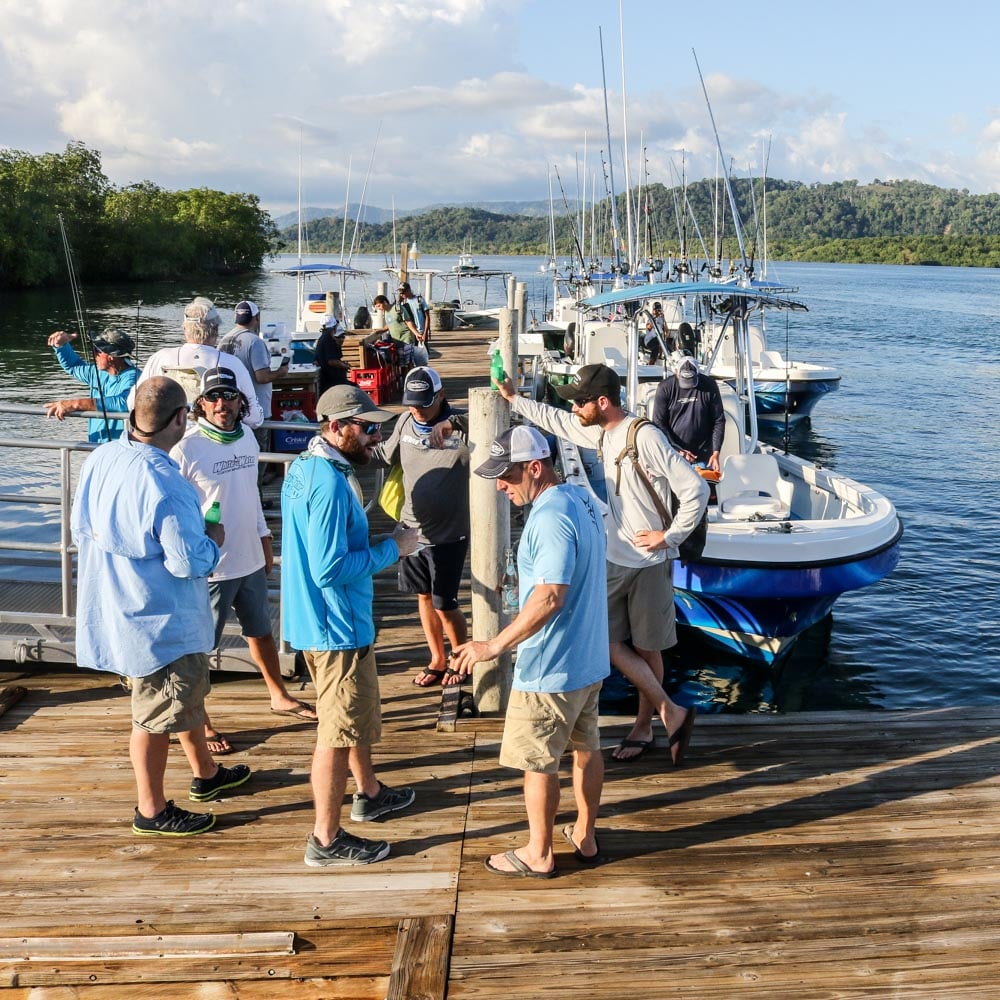 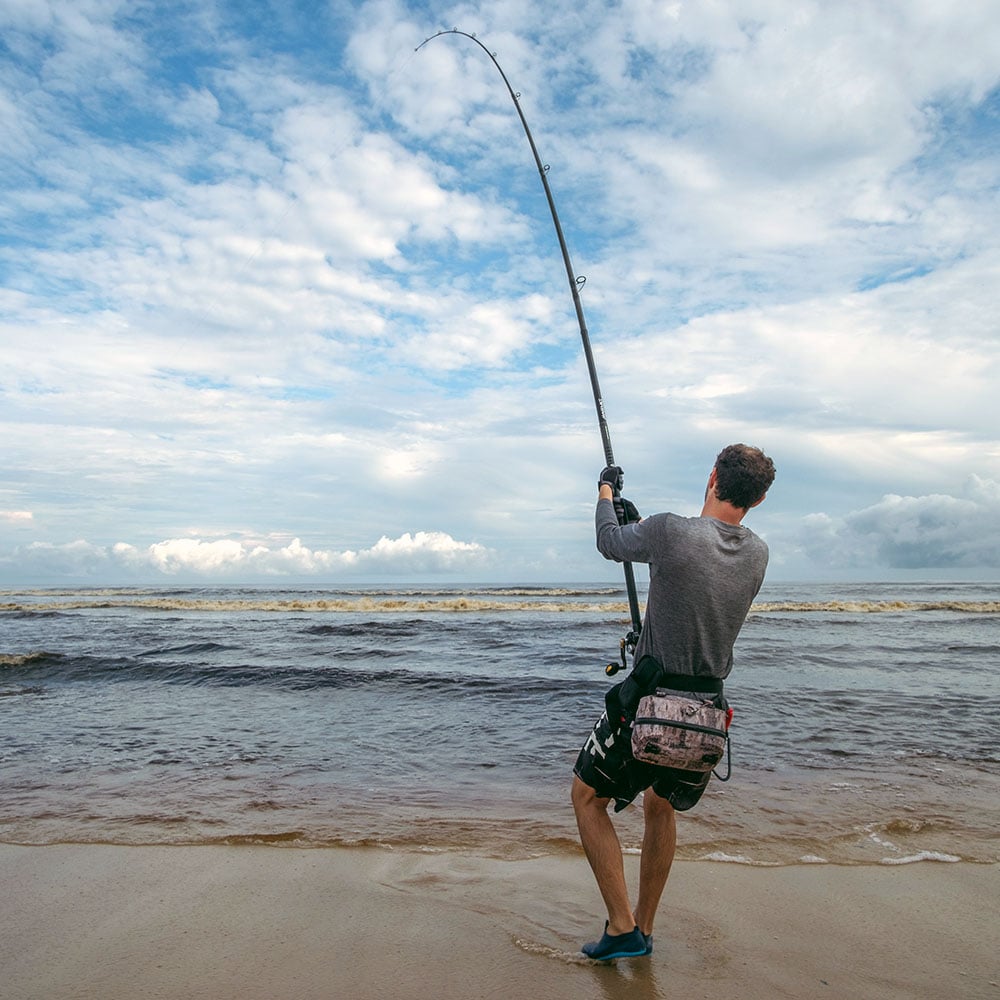 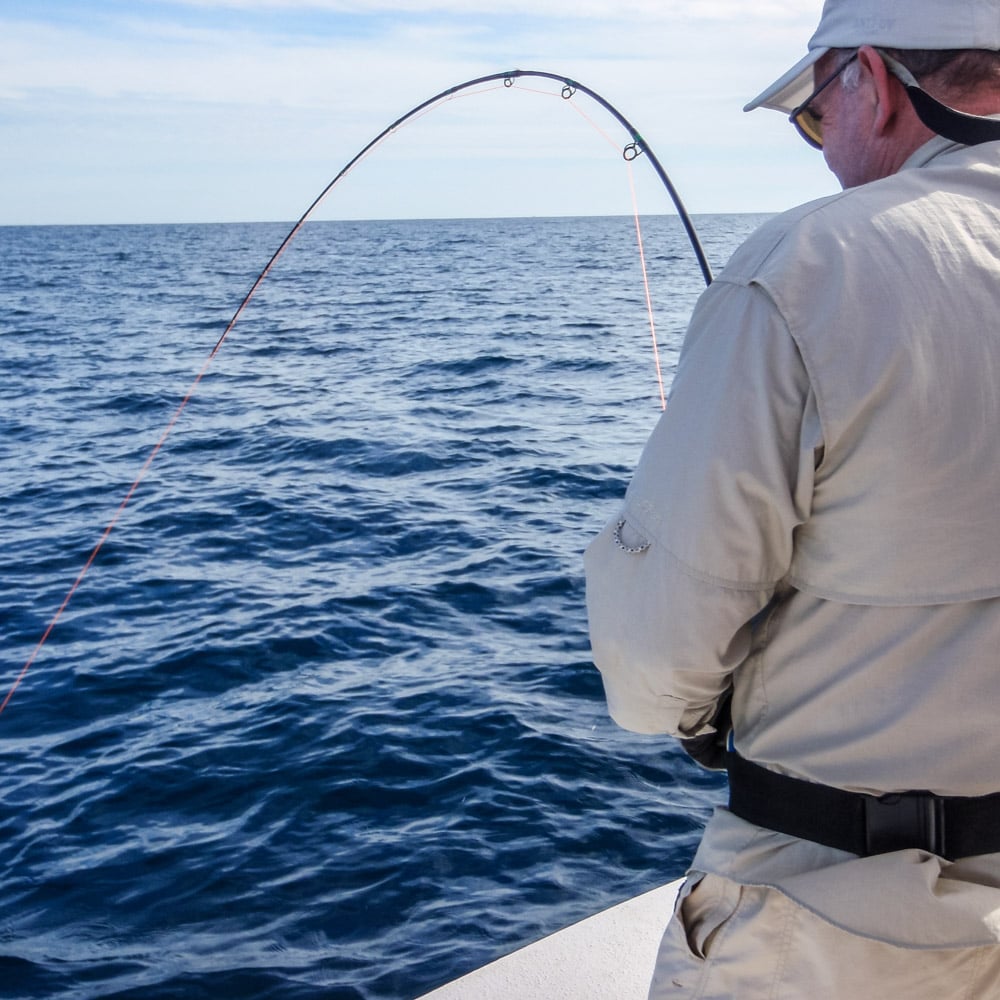 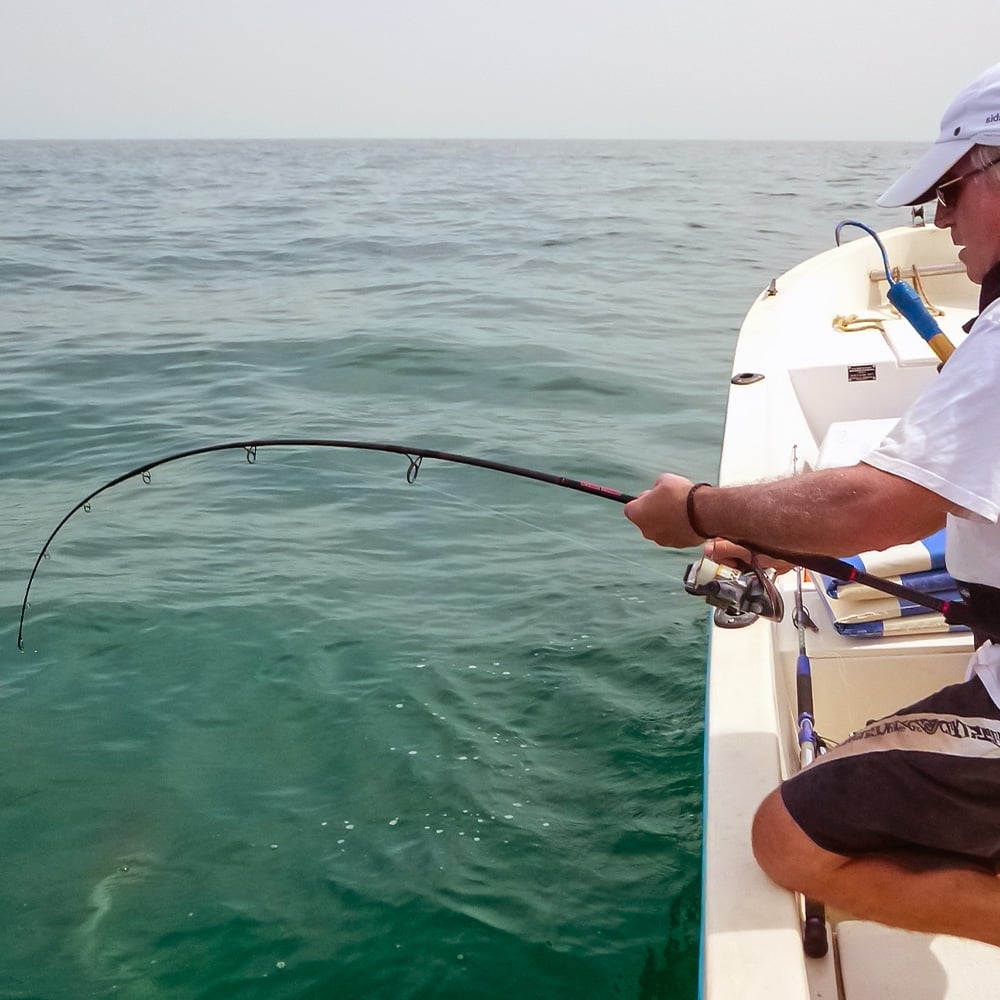 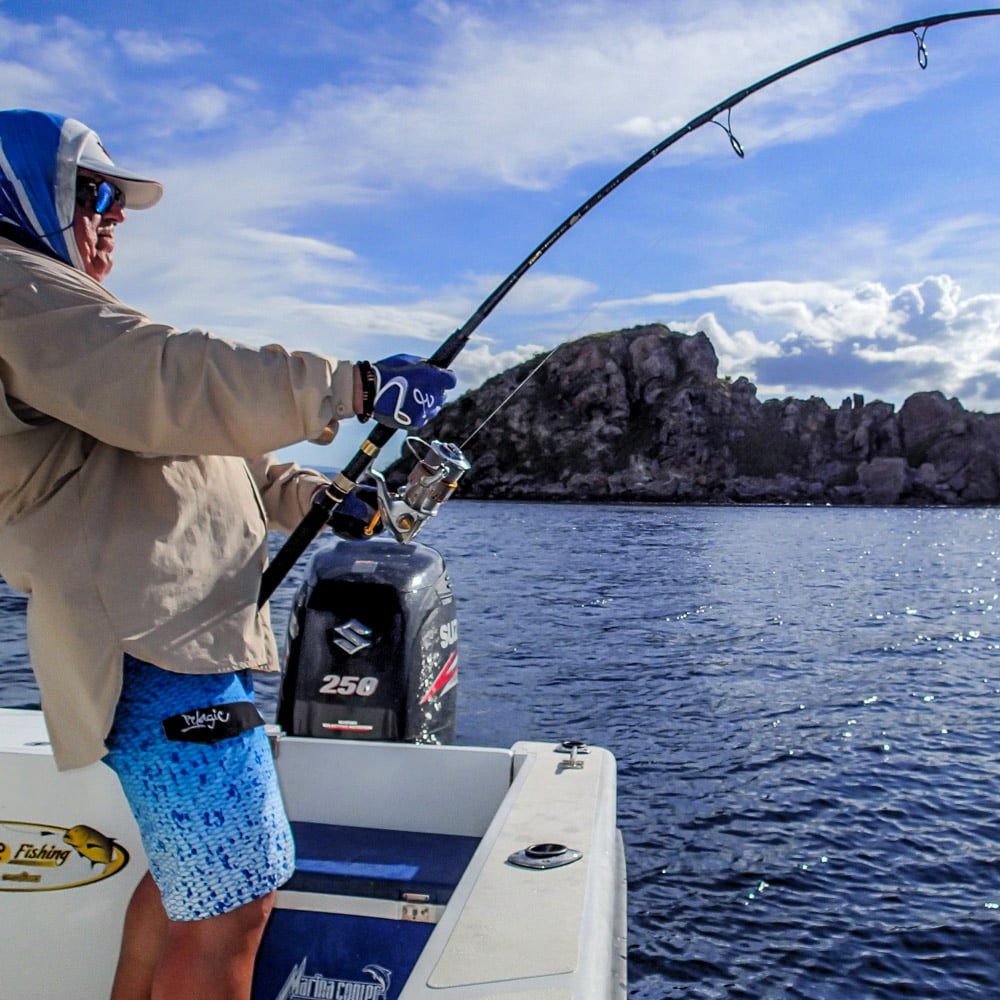 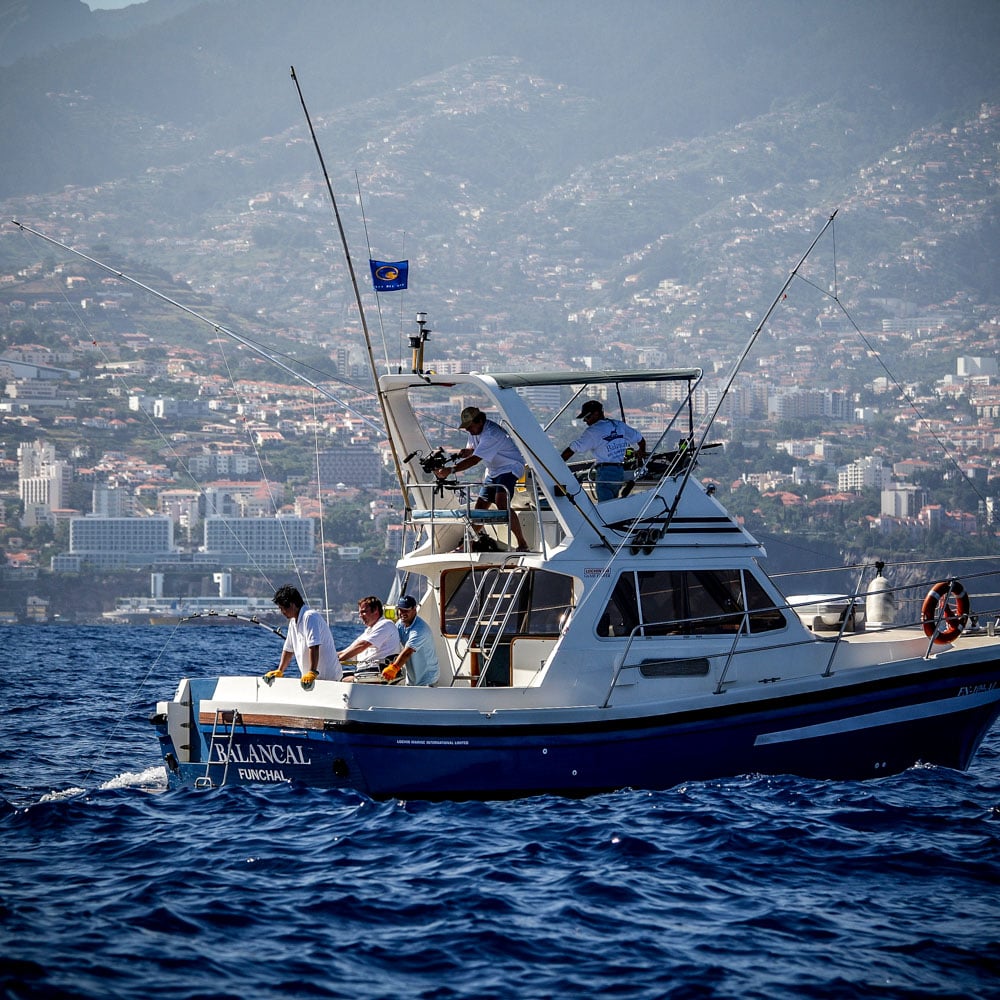 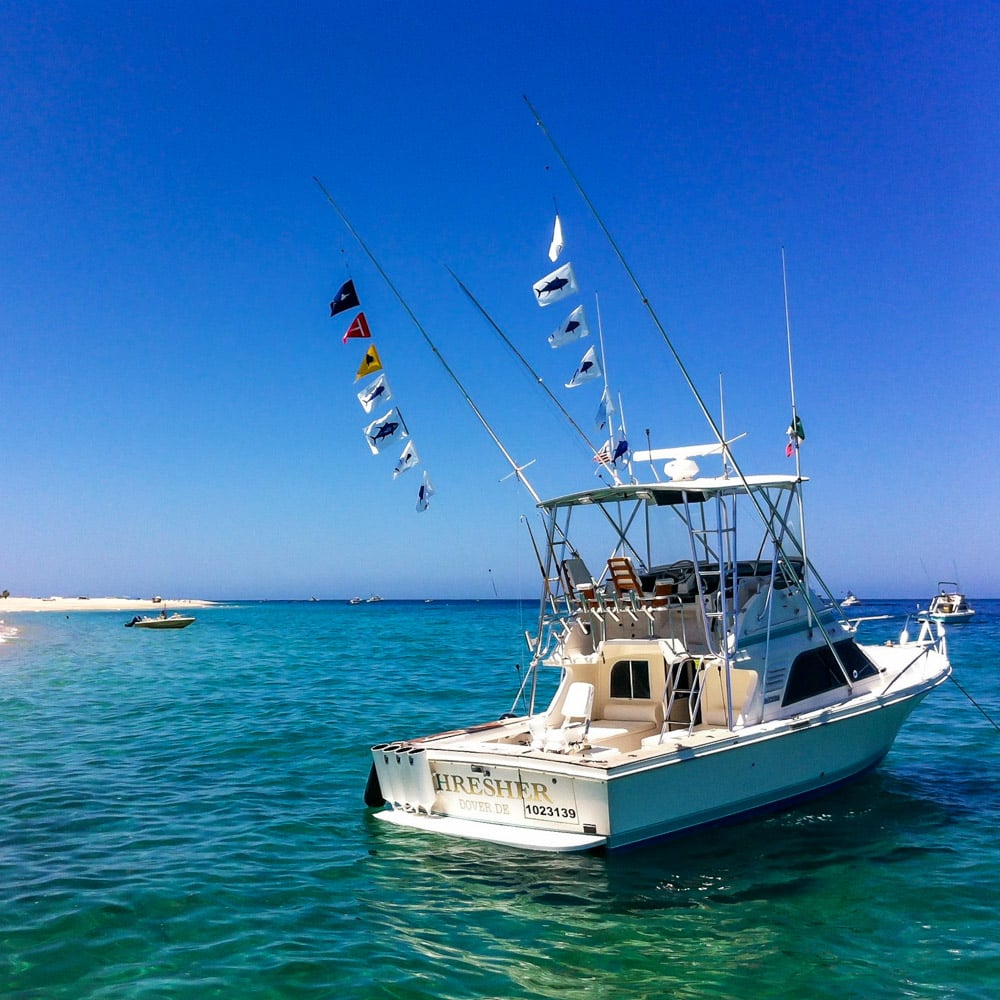 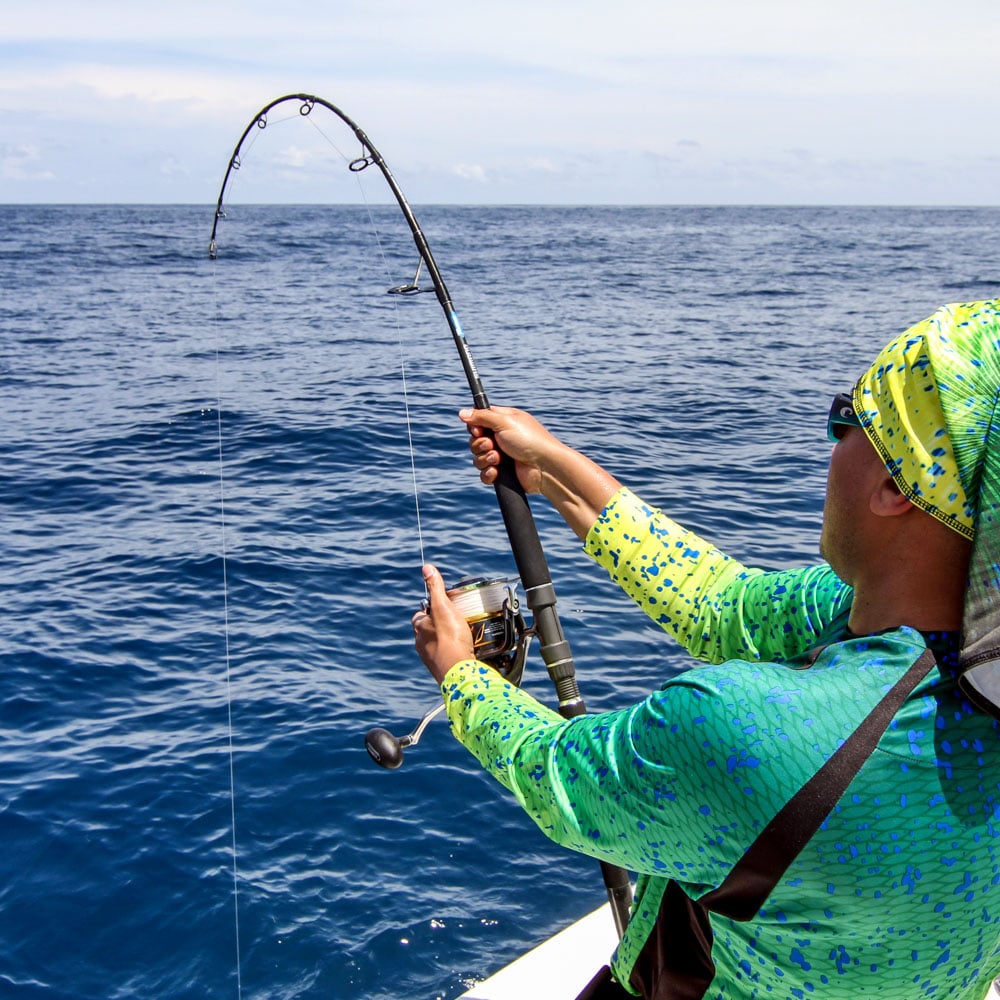 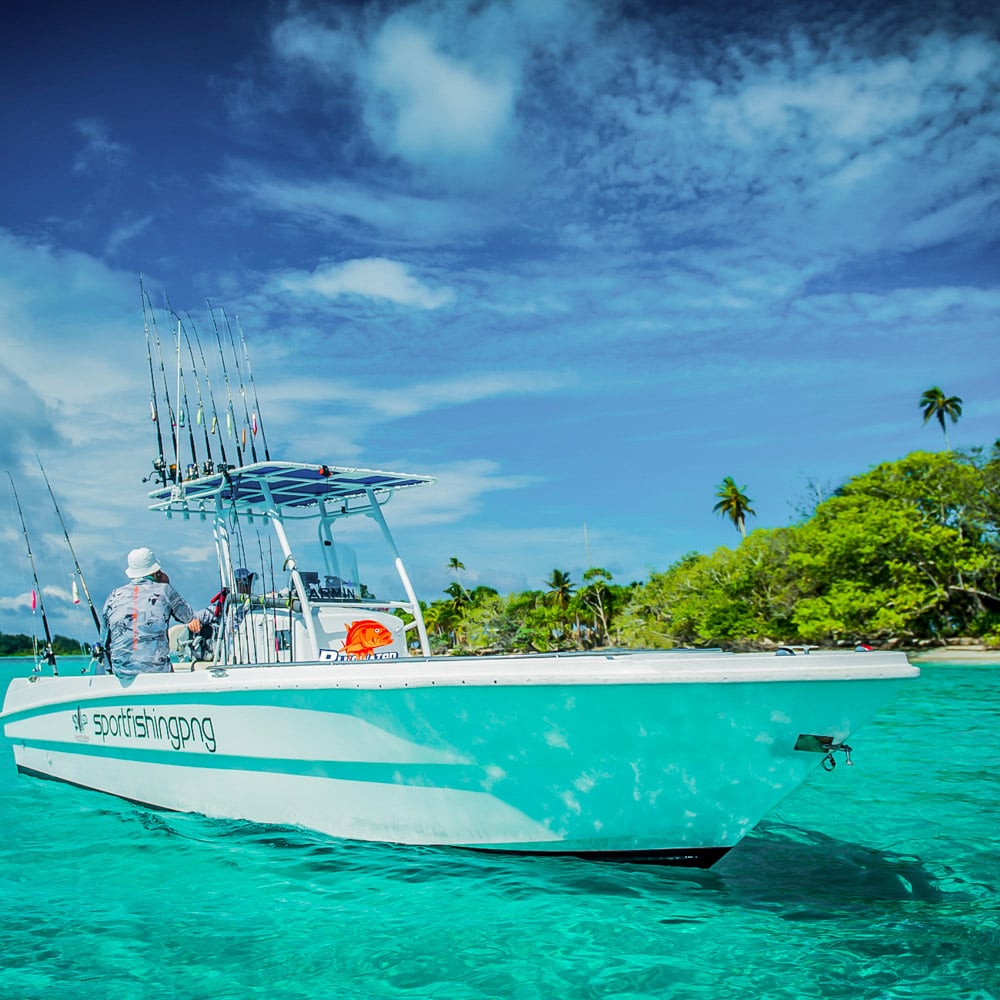 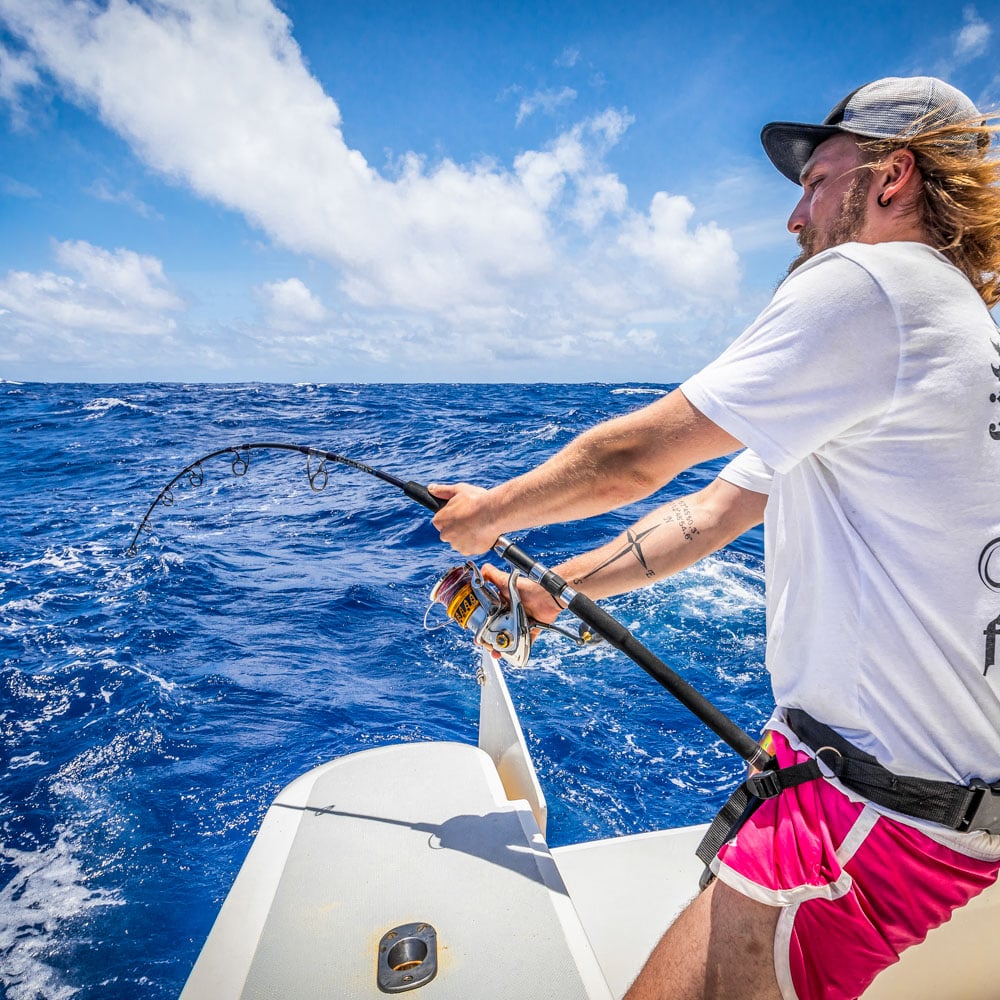 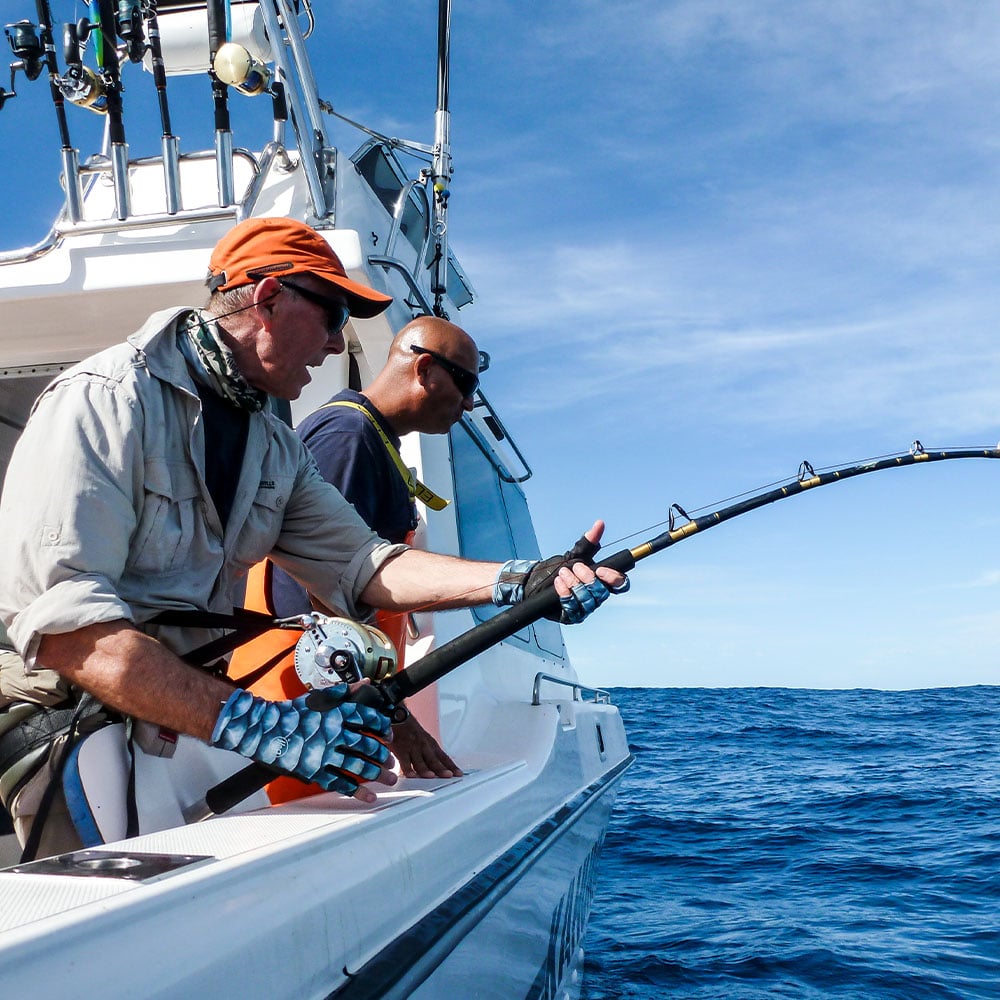 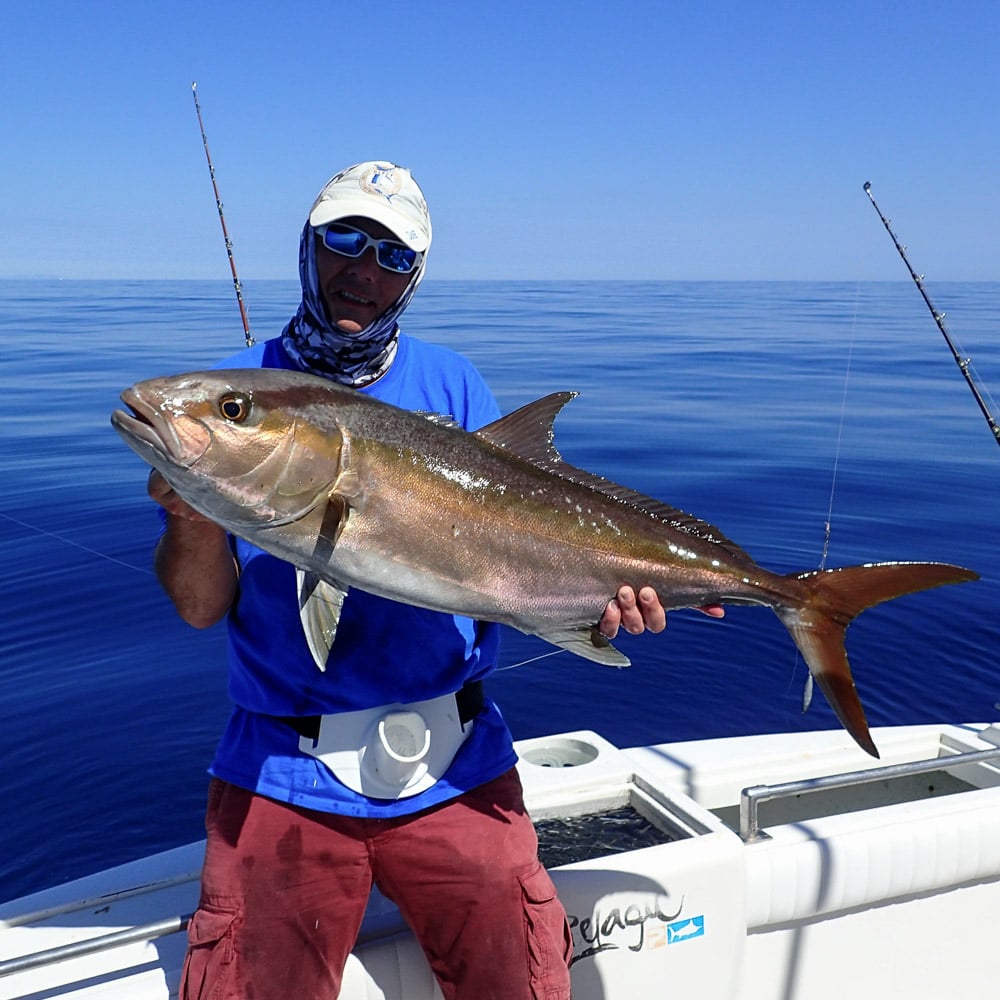 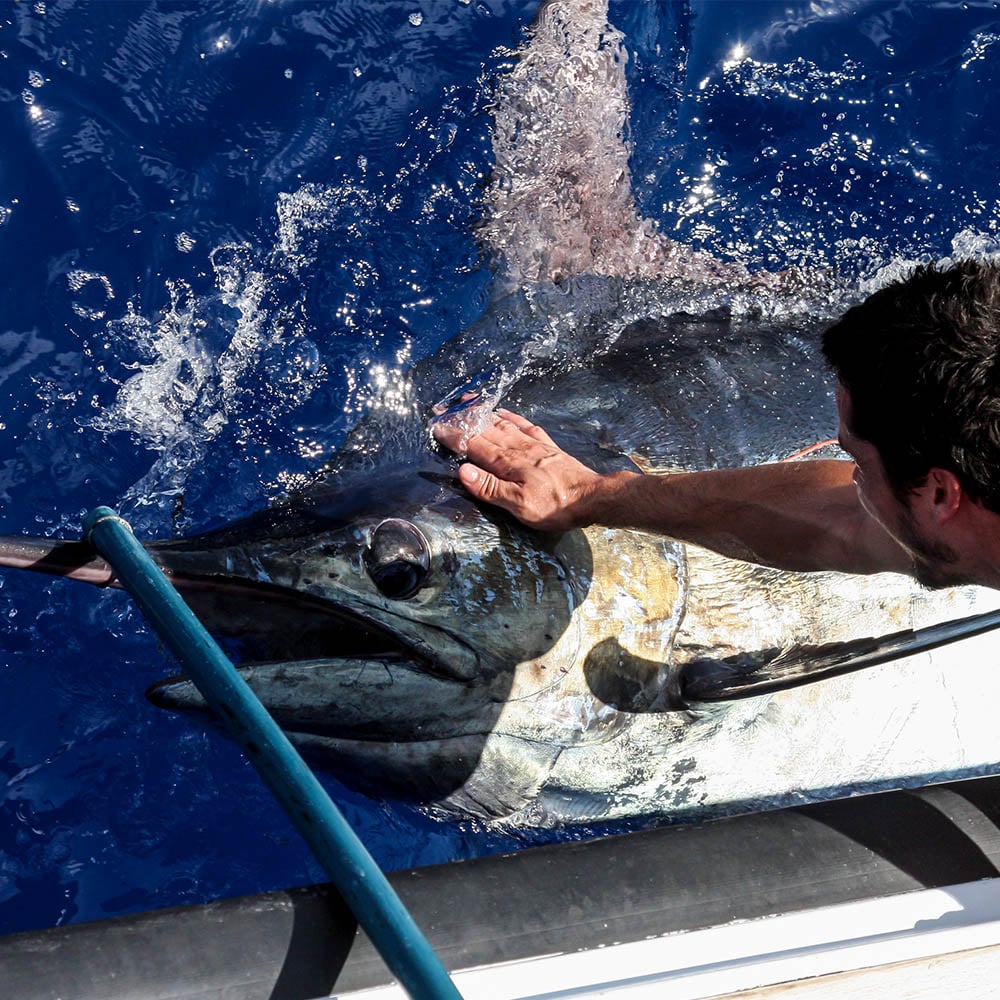 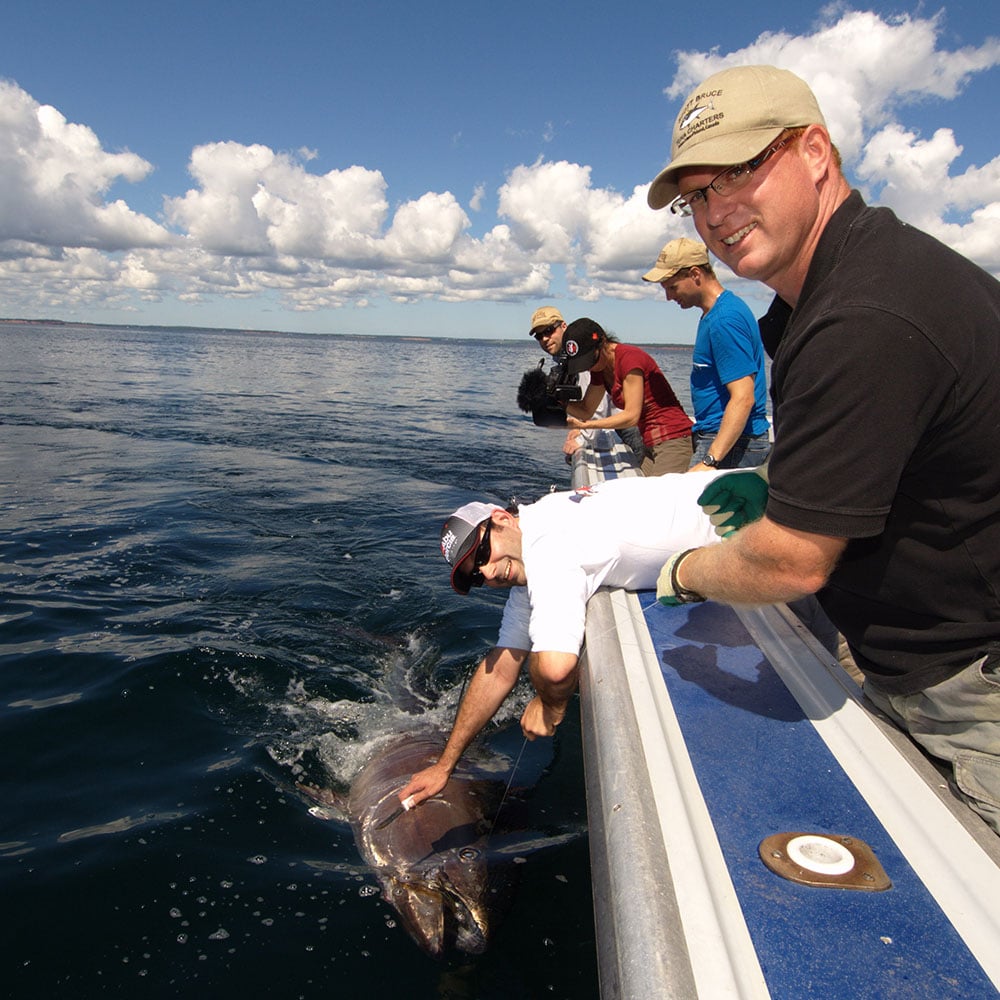 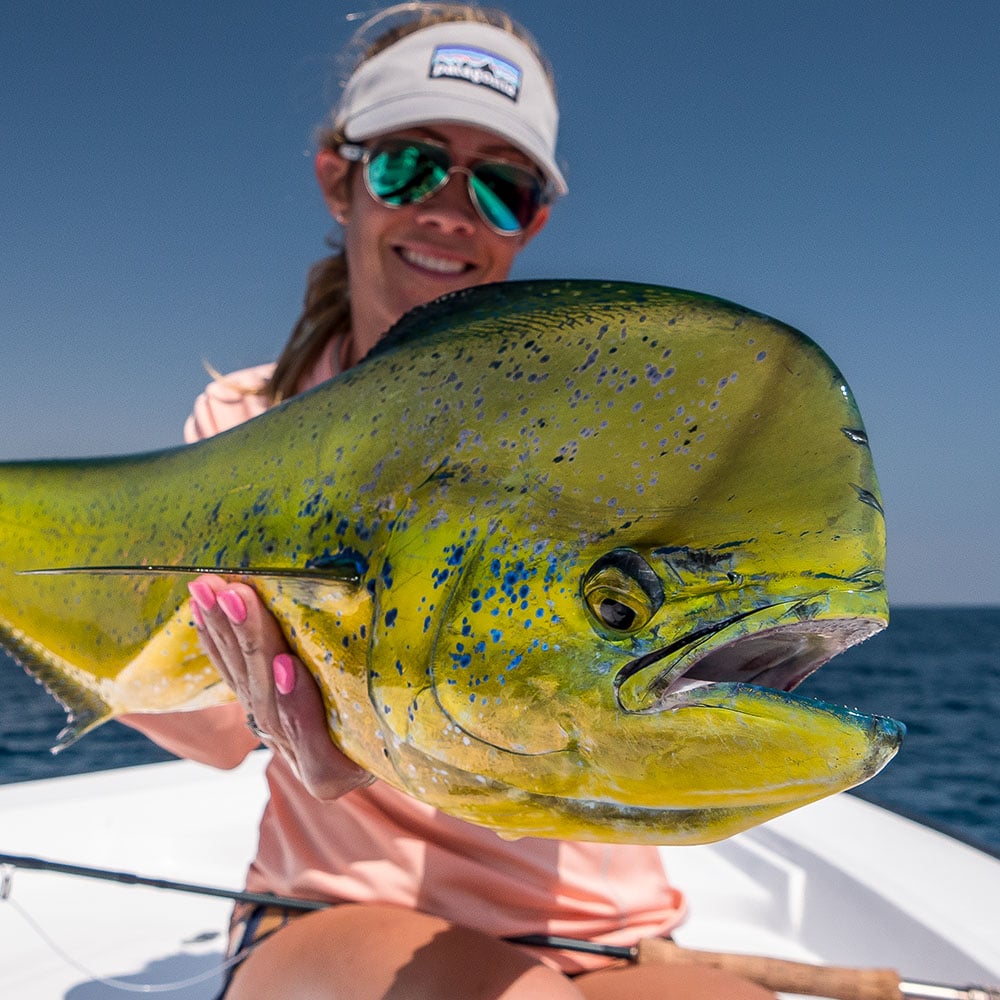 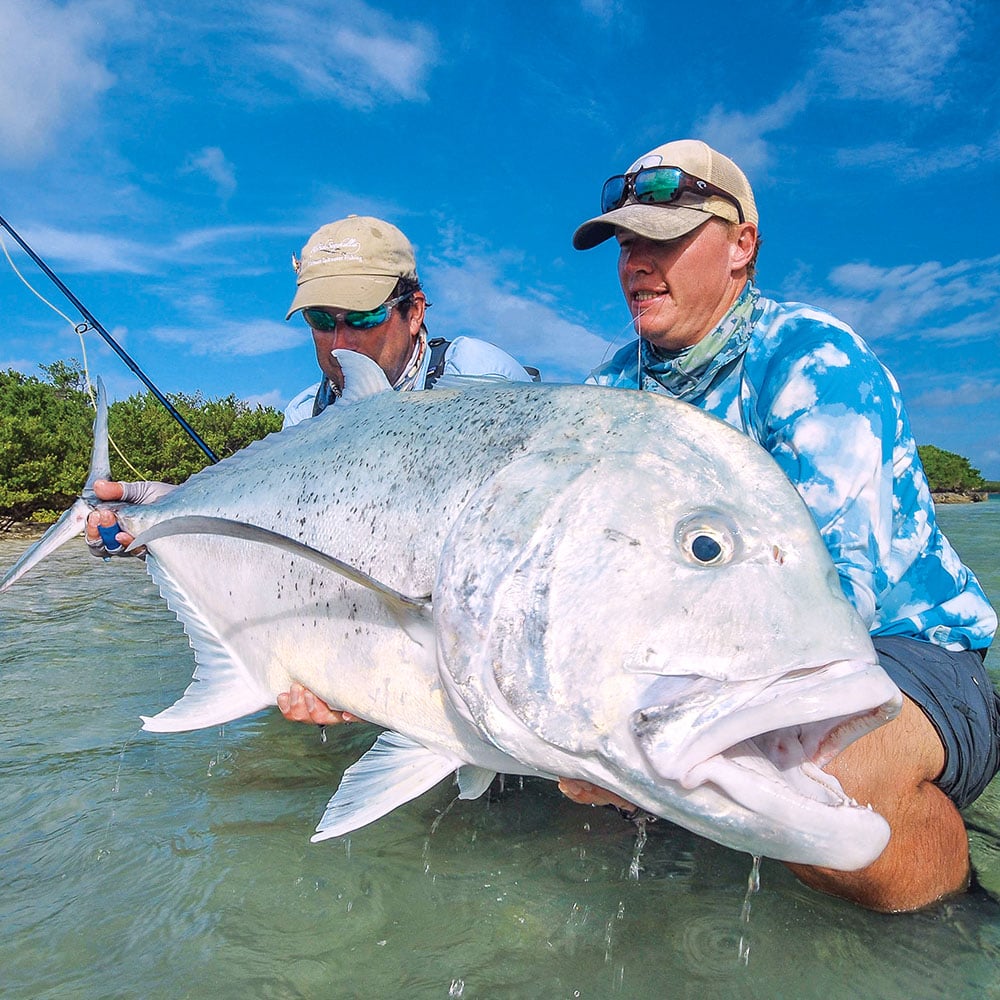 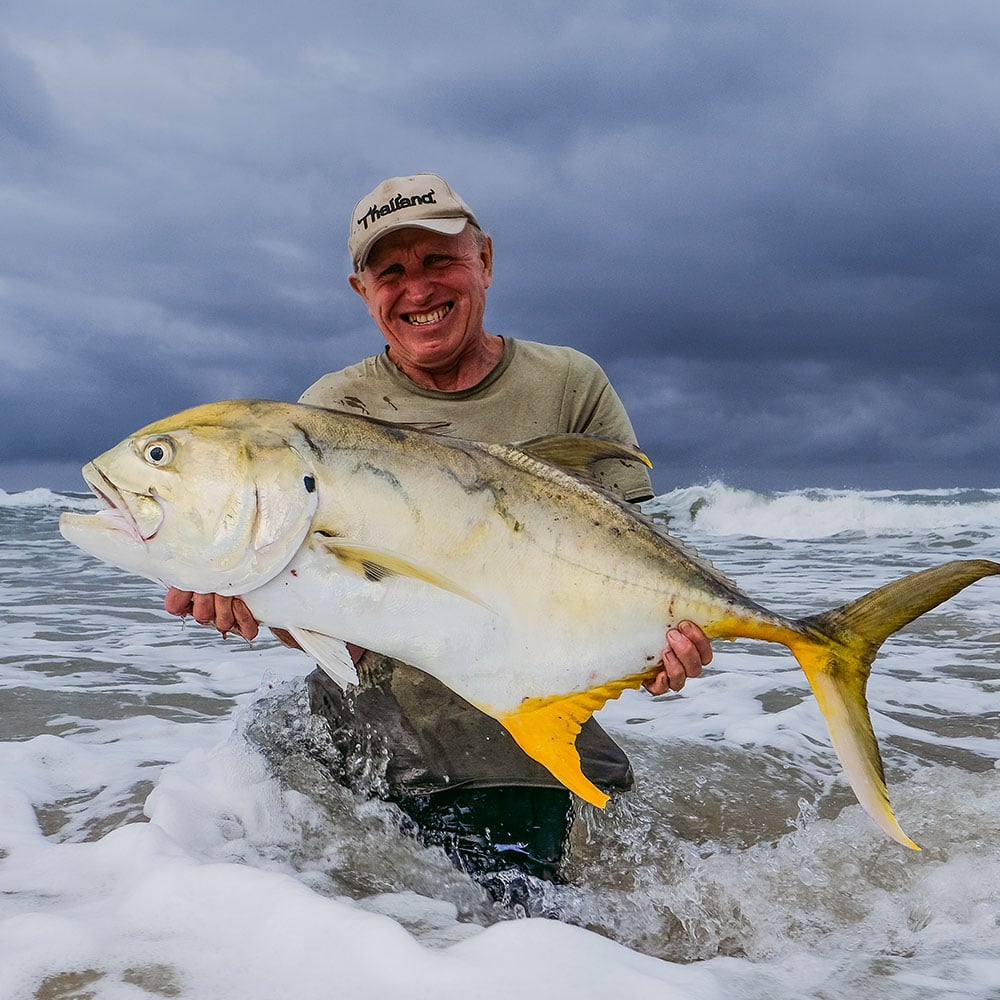 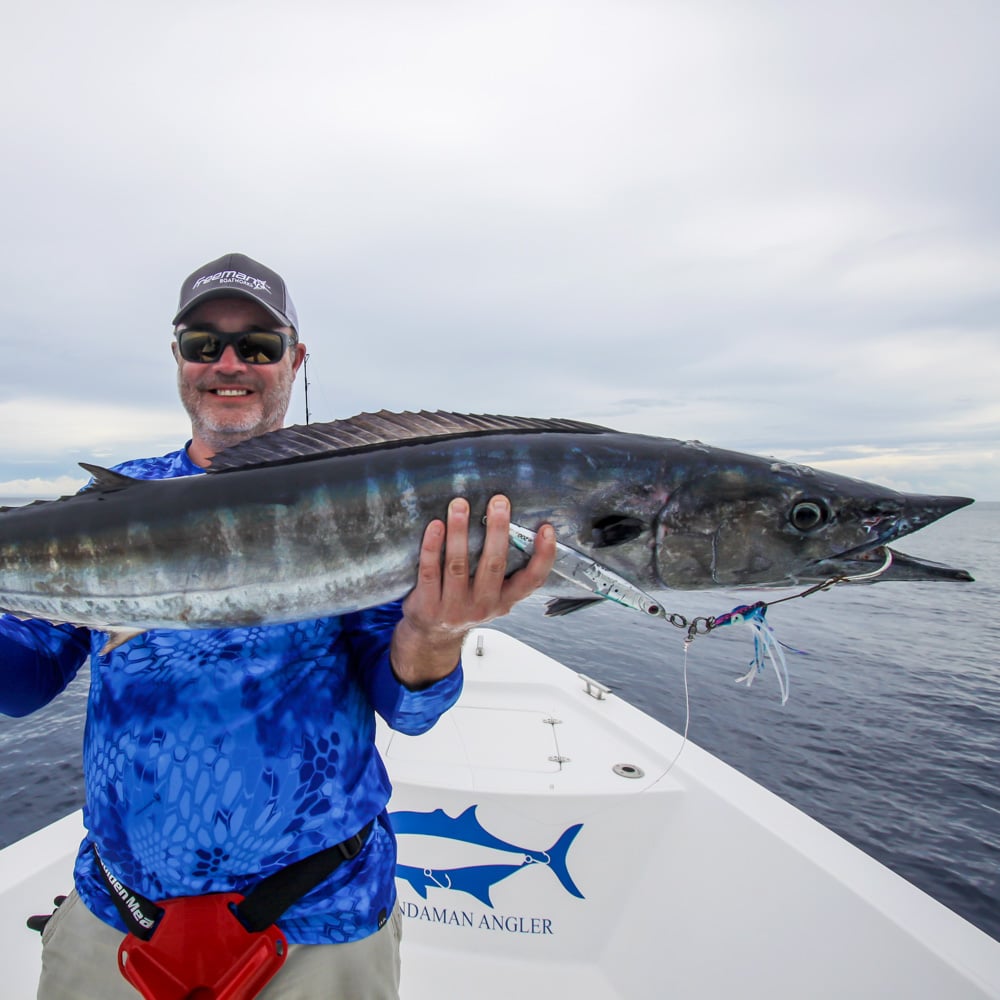 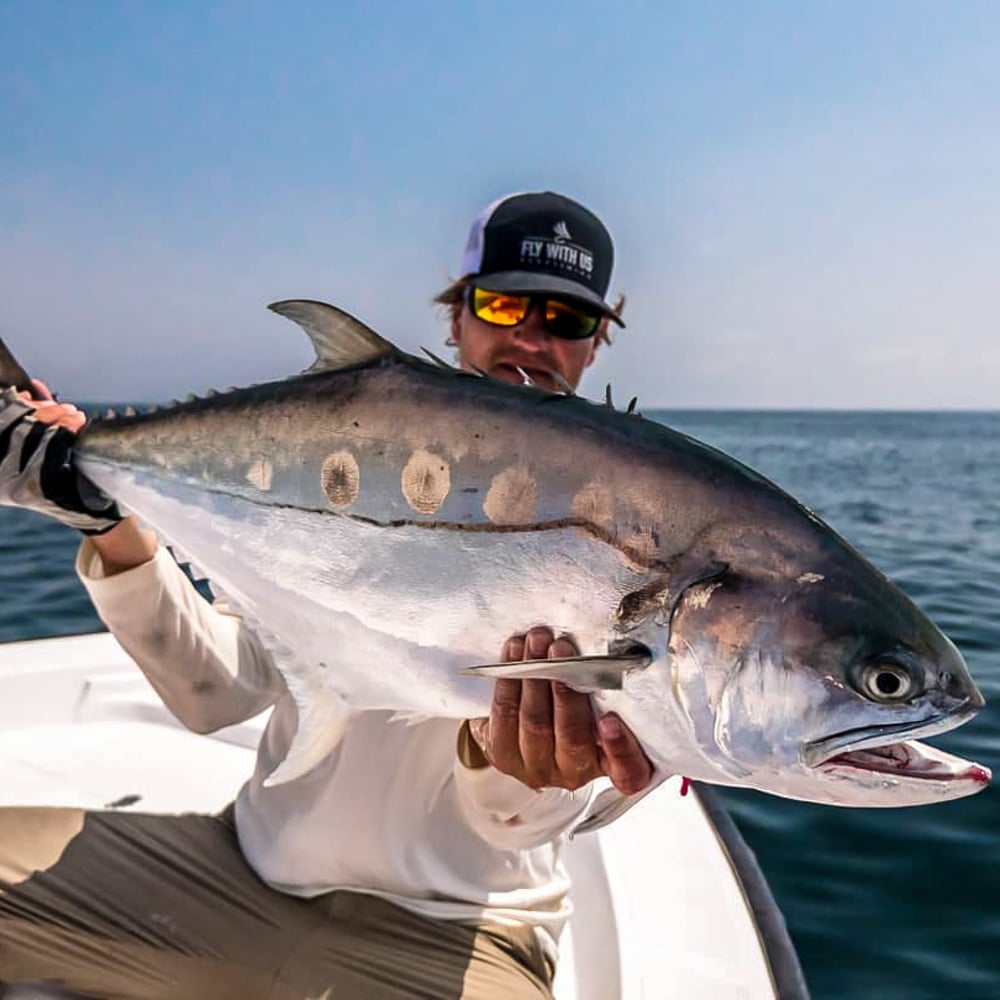 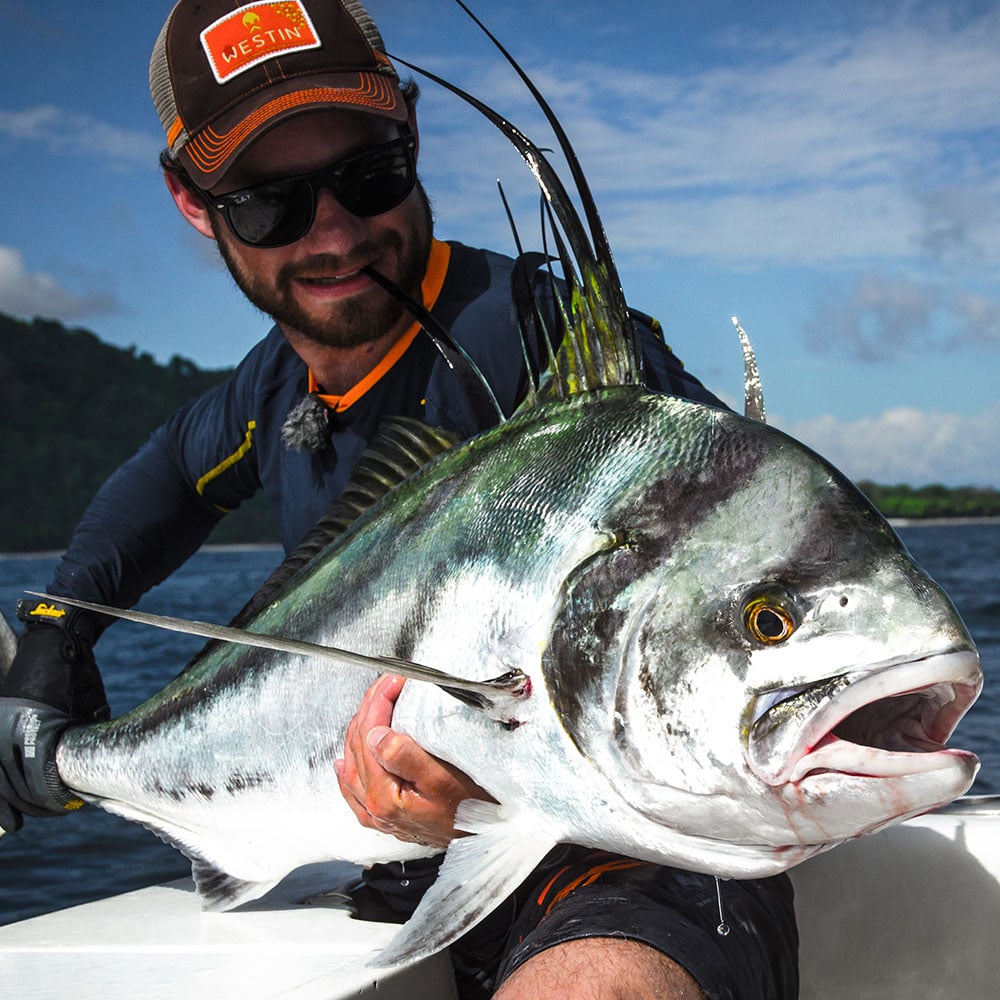 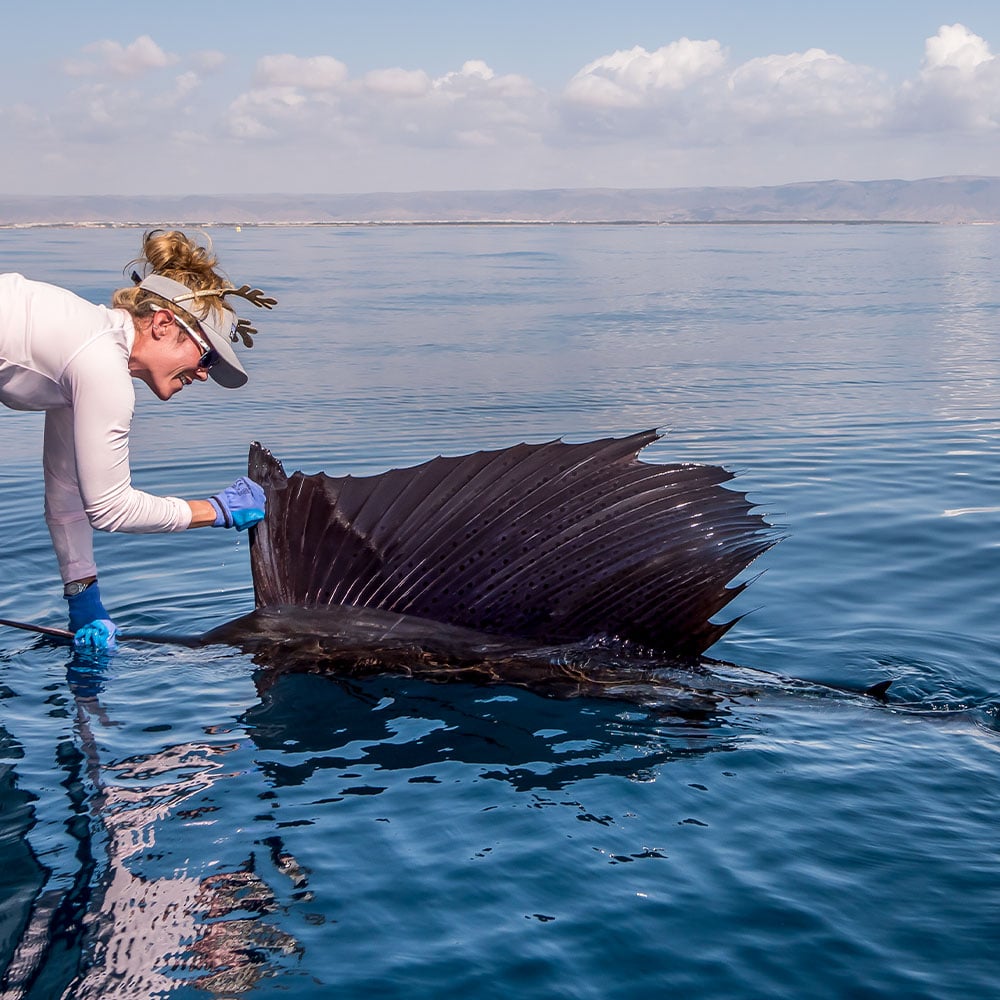 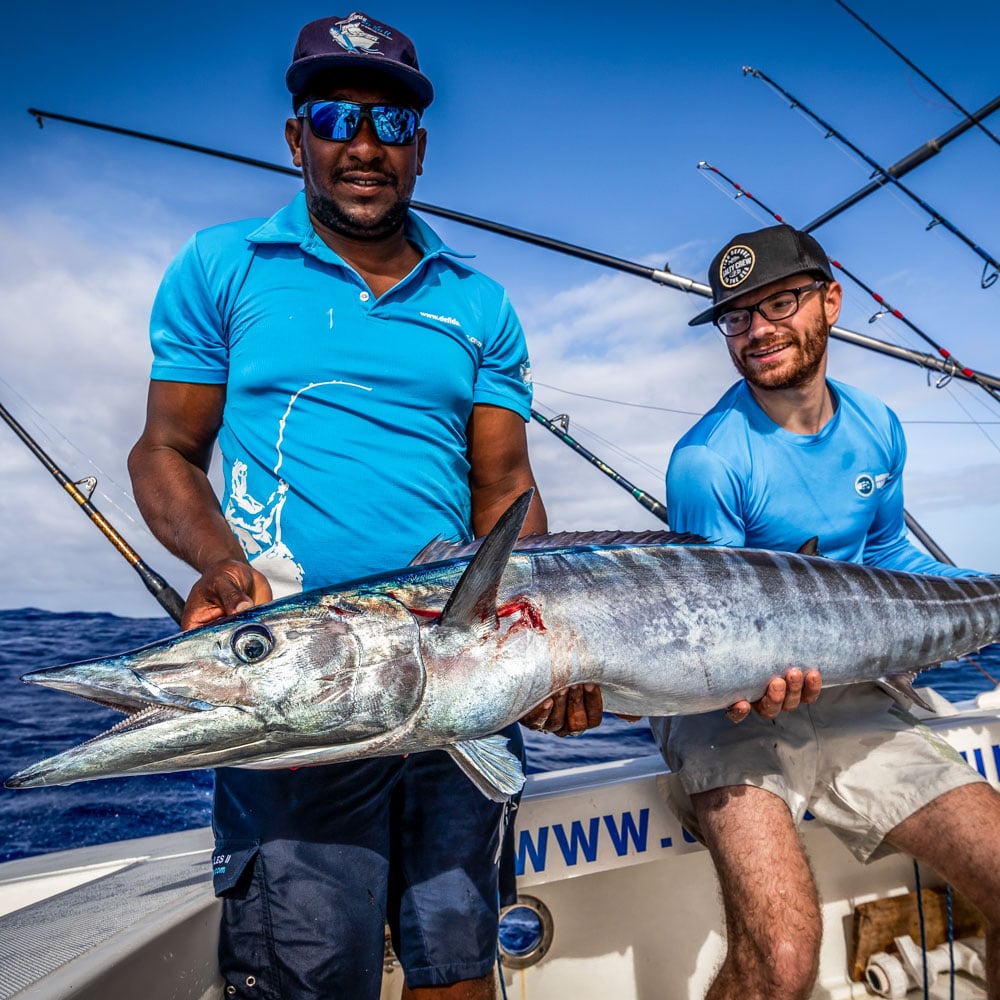 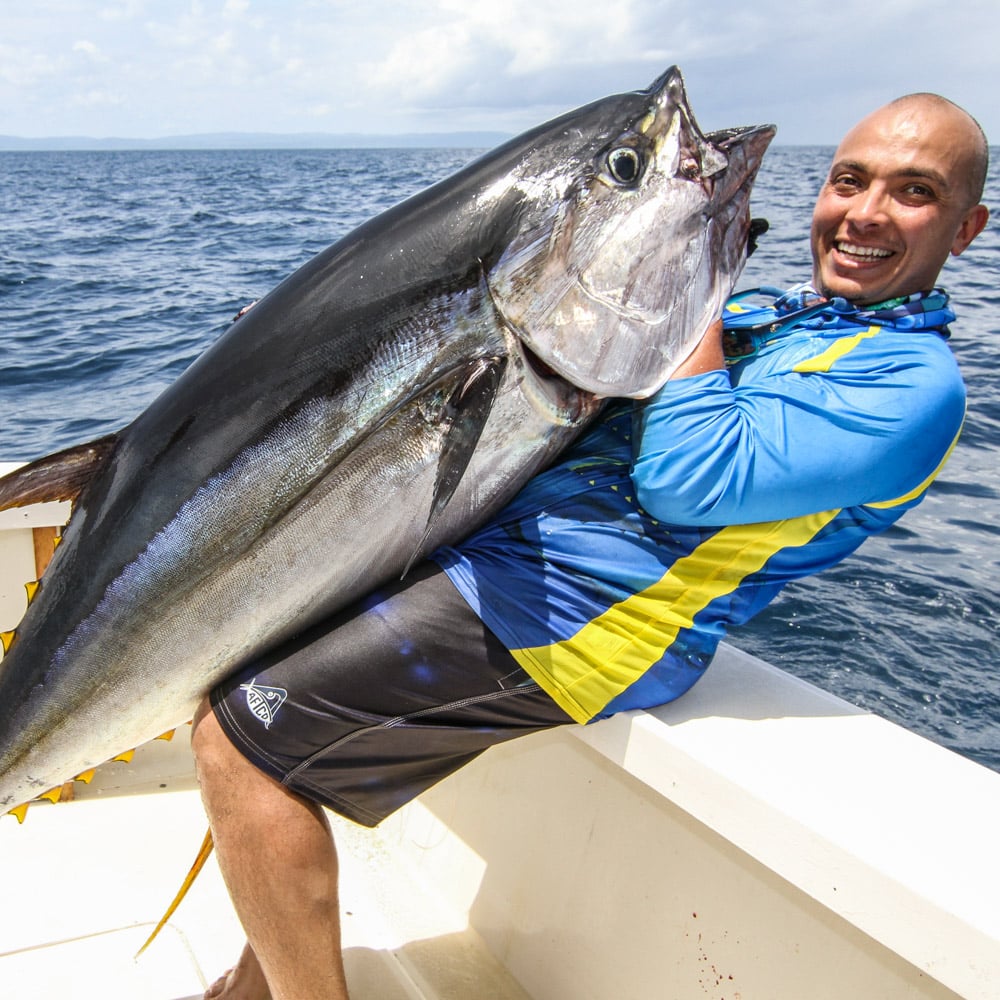 "Just a quick note and pictures from our recent holiday, if we were to give it a title it would have to be complete madness. However, do not worry as it was for all the right reasons. Just too many big fish for us, I think we need to go and get a lot fitter before returning. Thank you all."

"We had the trip of our life, thank you so much. The fishing was on top form and so was the celebrations back in San Jose on the way back. Hooked for life."

"What a great trip and having your host on the trip made everything go very smoothly. He gave us lots of laughs when out fishing and then again around the diner table. All in all a great trip and a must for any single anglers out there" 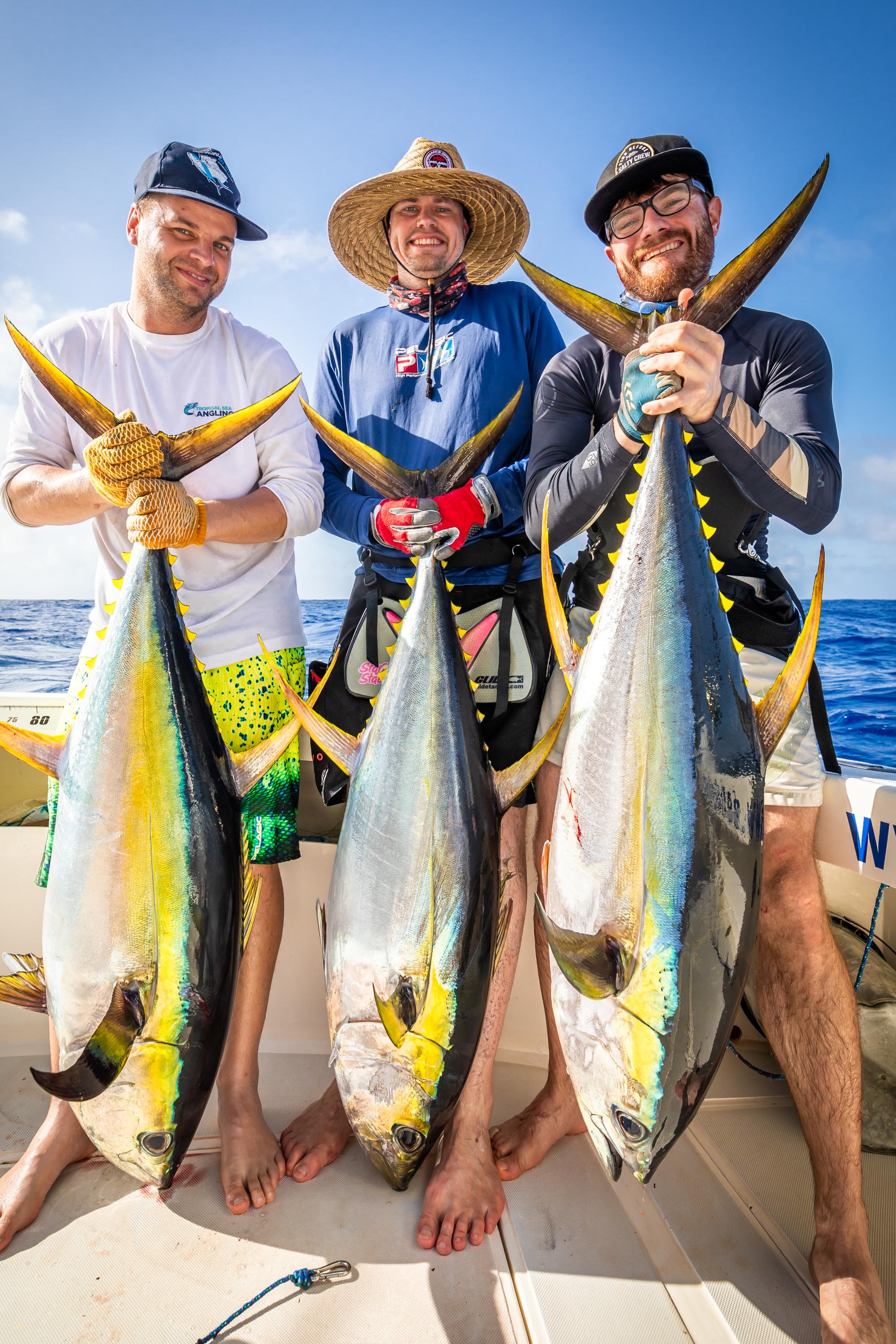 One of the most popular forms of fishing

Popper, Jig & Big Game fishing is one of the most popular fishing disciplines amongst travelling anglers and is synonymous with fishing abroad. It is fishing like no other, and the thrill it provides undoubtedly takes some beating. In recent years, with the advances in modern fishing tackle and methods, targeting Big Game fish or ‘Blue Water’ species with Jigs and Poppers has taken off, and around the world, we now offer a range of Popper, Jig & Big Game fishing holidays. With a catalogue of handpicked destinations, we’re able to provide travelling rods with the chance to experience an angling adventure of a lifetime.

Depending on your preferred fishing method, whether it be big game fishing, jig or popper fishing, we have a vast range of fully packaged fishing trips that offer a whole host of exciting angling opportunities. If your dream is to sample some out and out big game fishing for a range of hard fighting, fast-swimming Billfish, then the waters of the Pacific Ocean off the coast of Mexico and Costa Rica offer you the best chance of a fish. Crocodile Bay Lodge, the Sea Of Cortez and Palma De Cortez regularly produce good numbers. However, if you’re after some of the biggest Billfish, then the Atlantic Ocean off the coast of Madeira is one of the best destinations for precisely that.

If Big Game trolling isn’t quite your thing and you like to be a little more active with your fishing, then we offer a massive array of the quality popper, jig and ‘blue water’ fishing destinations. Panama, Mauritius, Madagascar, and Papa New Guinea, to name a few. In these destinations, situated in the Indian and Pacific Oceans, the waters and rich and plentiful with baitfish. Fishing in these regions will take your breath away, and it’s easy to run out of superlatives to describe just how action-packed and explosive sport can be. Rodrigues Island, Nosy Be and the Hannibal Bank are just a few names that will appear at the top of many adventurous anglers bucket lists.

What Species Can You Catch

When big game fishing, there is a range of species synonymous with every angler, the Marlin. Whether that be the Blue Marlin, Black Marlin or White Marlin, they are undoubtedly one of the most popular sport fish in the world. Sitting second to this would probably be the Bluefin and Yellowfin Tuna. These sleek and streamlined specimens are among the fastest-swimming pelagic fish and can be found in good numbers in many oceans, especially off the coast of Cape Town and Novia Scotia. Finally, out of all the traditional big game species, the most abundant and obliging would probably be the Sailfish. Found in almost every corner of the globe, they average around 100lb in weight and provide some explosive sport, especially on fishing days when the Marlin doesn’t play ball.

When Popper or Jig fishing, the list of species you can catch is almost endless, and there are very few bluewater species that won’t take great delight in hammering a well-fished surface popper or vertical jig. Roosterfish, Cubera Snapper, Jack Crevalle, Giant Trevally, Dogtooth Tuna, Barracuda, Dorado and Wahoo, to name just a few. If you fancy doing battle with just some of these species, we have a range of specific trips for each and even some truly mixed destinations where travelling rods can catch them all.

When Is The Best Time To Go

Depending on what ‘Blue Water’ fishing species you want to catch or what bucket list destination you wish to visit to wet a line, our team of fishing and travel experts, with over thirty years of experience, can advise you on the best time to travel. Our fishing Camps and Lodges have numerous peak months and seasons each year, which we can offer, to ensure you enjoy that Popper, Jig and Big Game fishing holiday of a lifetime.