The Dolly Varden Trout, or ‘Dollies’ as their known, are in the genus Salvelinus of true chars, which comprises 51 recognized species, including the Brook, Lake and Bull Trout, as well as the Arctic Char. The Dolly Varden is a true Char, found throughout a wide range of Northern Pacific watersheds. The young fish spend two to four years in streams before migrating to the sea or large lakes. They spend the rest of their lives migrating back and forth in often complicated patterns and may live up to 16 years, but specimens older than ten years are uncommon.

Dolly Varden have voracious appetites and consume a wide variety of foods based on availability. As juveniles, they eat many insects and larvae, and as adults, they primarily eat small fish. They’re also known to follow salmon into rivers during the spawn to feast on their highly nutritious eggs. Once thought of as just a nuisance fish that ate the eggs of more high-profile species, freshwater fly fishing anglers now prize dollies for their aggression, size and remarkable colours. In spawning season, males are arrayed in brilliant pink, green, and orange and are among the more beautiful trophies of the north.

They are wonderful sport fish that love to fight but are quite different from fighting a Trout, preferring to stay lower in the water column, near the bottom. They are crafty, too, so never let them gain slack on the line. The fish can grow to more than 20lb; however, many fresh-water residents don’t grow much bigger than 1lb to 3lbs.

Below are the top destinations in the world for Dolly Varden Fly Fishing. 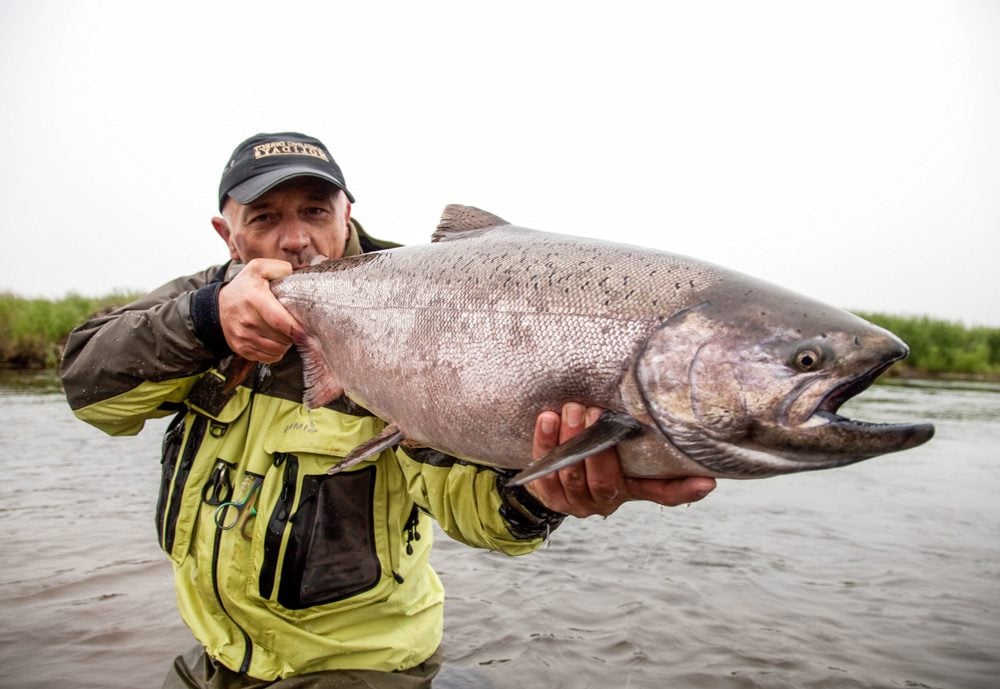 Bristol Bay Lodge is a fishing paradise for Salmon fishing, each year 40-50 million Sockeye Salmon enter the waters. If you want to experience this spectacular sport, we have the perfect location for you. Bristol Bay Lodge is a fly-out lodge giving you access to many remote unreachable rivers and unbelievable fishing. 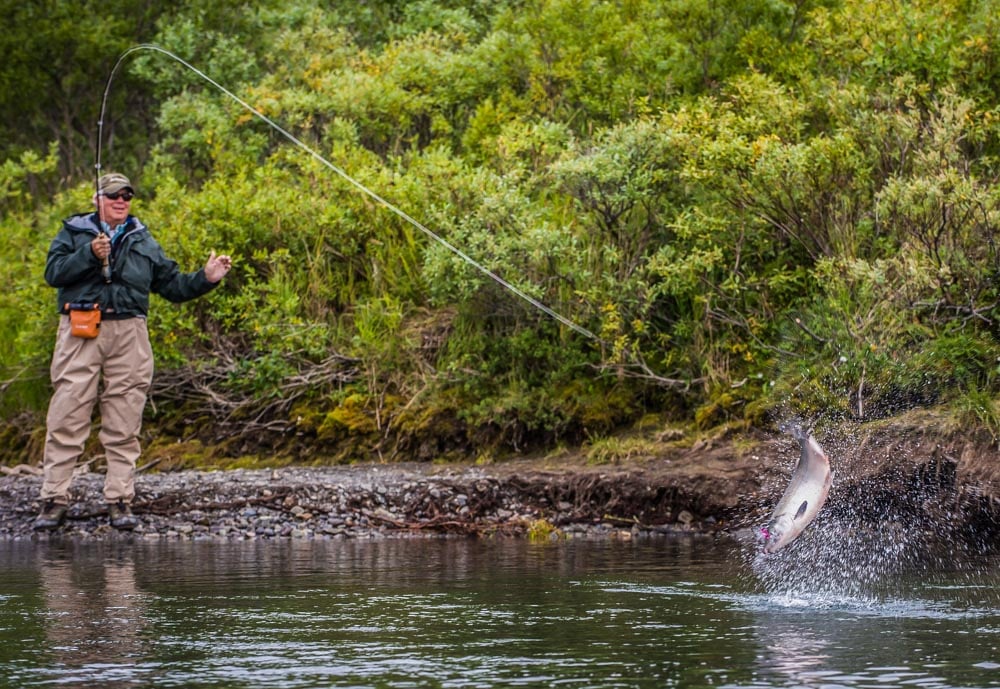 Located on the Kanektok River, only 5.5 miles from its mouth is by all standards a remarkably diverse fishery. Perfectly suited to both single-hand and spey anglers, offering one of Alaska’s best opportunities to catch Salmon where high catch-rates and easy wading is the norm. 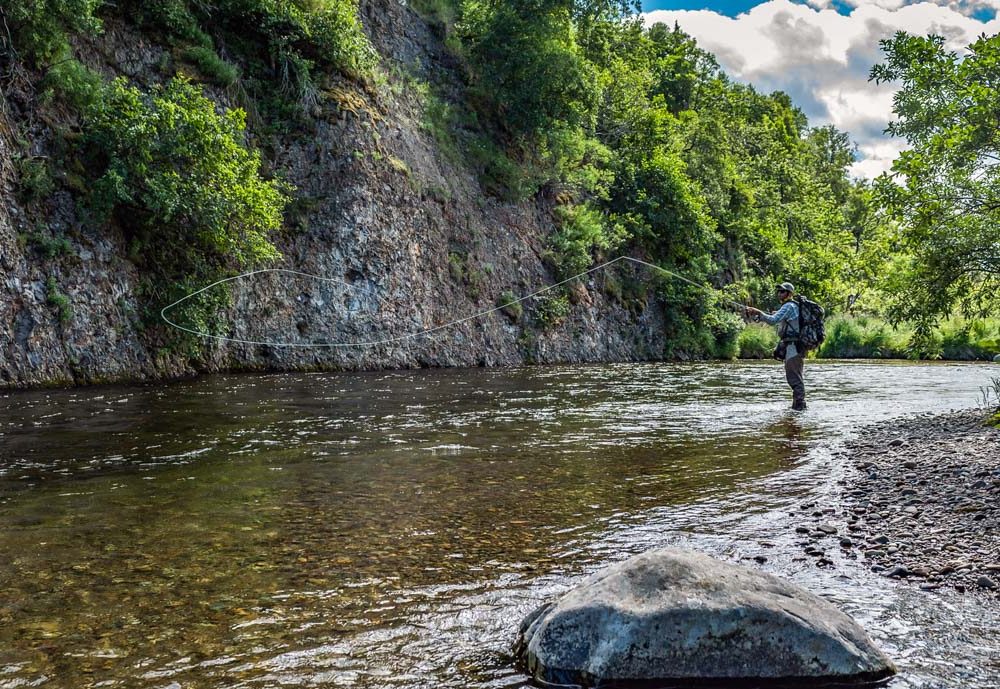 Rapids Camp sits right on the bank of the famous Naknek River and offers everyone their own private room. This is the most diverse and flexible lodge in Alaska, where you the customer, decide what to fish for in your itinerary each day. All five species of Salmon plus huge Rainbows make this lodge very popular. 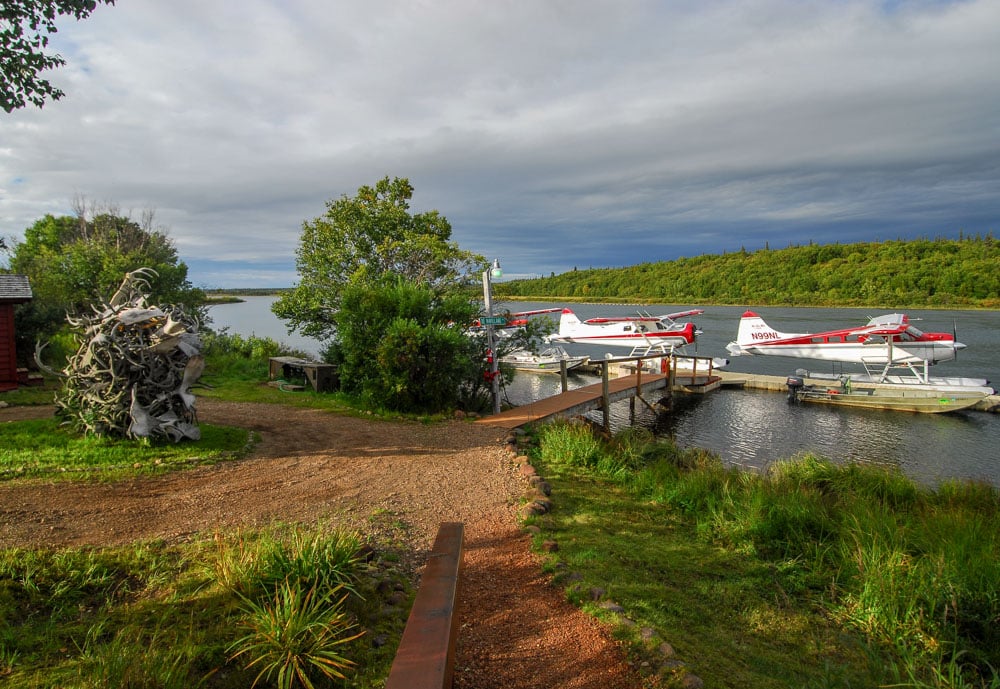 No-See-Um Lodge is ranked among the finest Alaskan fly-out fly-fishing operations for over 30 years. The Holman family has a well-earned reputation for pampering its guests. John and his team have many years of experience in fishing and guiding in Alaska. They know the best fishing spots and how to get you there safely. 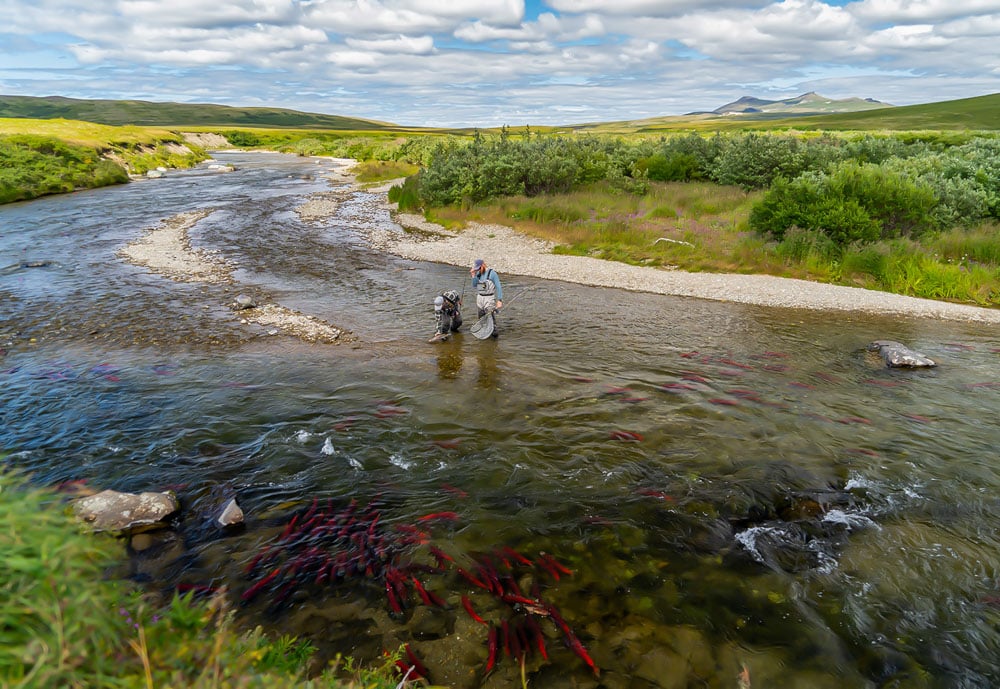 At Mission Lodge, you are never fixed to a set itinerary. Each night the head guide will sit down with you to discuss what you wish to fish for and how they will then explain all the different options. With over 40 boats stashed within fly distance from the lodge, one thing for certain is you will not be short of places to fish.

"I have been going back to Mission Lodge for many years now and it has never let me down. The fishing , lodge, food and staff are absolutely outstanding. This is a top notch place with a top notch staff; bar none! All you have to bring is yourself. they take care of everything."

"A great place and easily the best lodge in Bristol Bay. The people and accommodations are wonderful and the fishing is spectacular, whether you are a novice or have lots of experience. I have been to other lodges and none compare to No See Um!"

"My visit to the mission lodge was amazing from the beginning to the end. The guides were very helpful and knowledgeable. The fishing excursions were well organized and rewarding. The scenery of the rivers, lakes and wildlife was truly extraordinary. The staff was very friendly and very accommodating. Special thanks to Sarah and Guy for making us feel at home. Stayed August 2015" 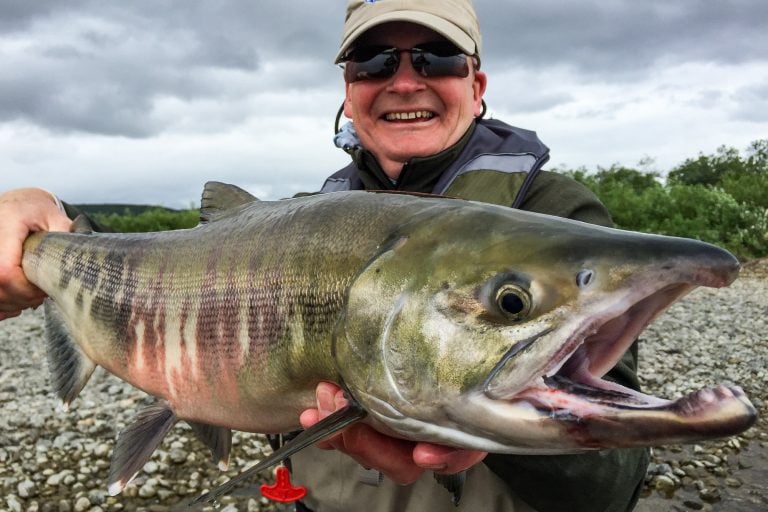 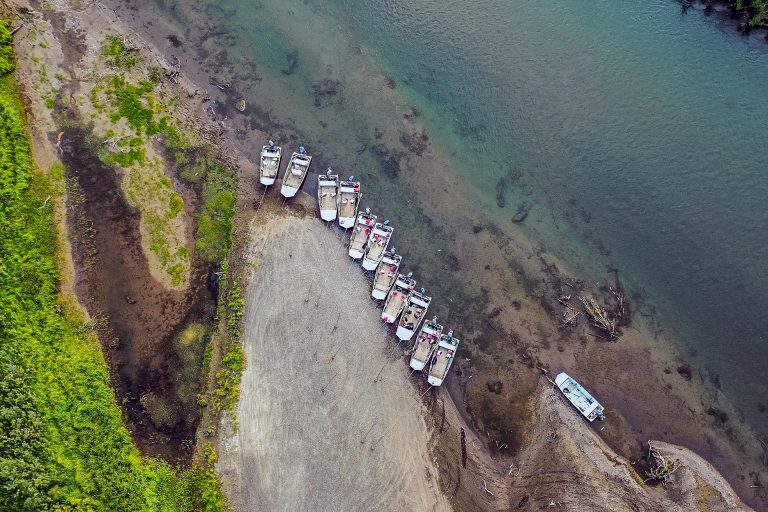 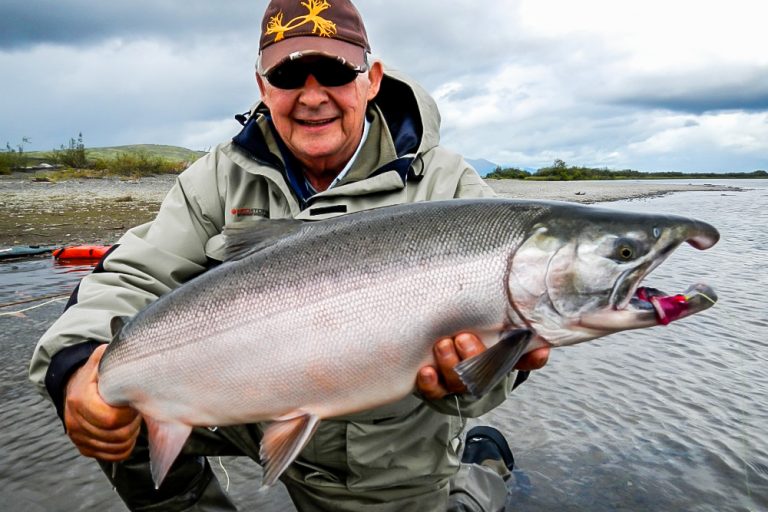 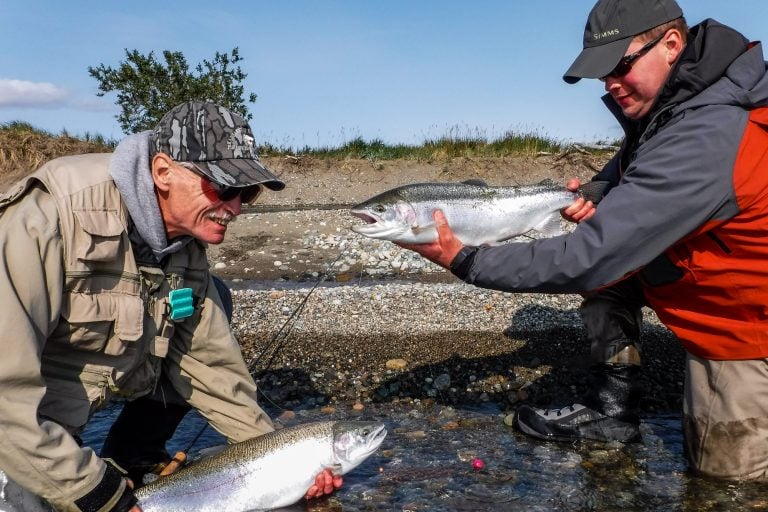 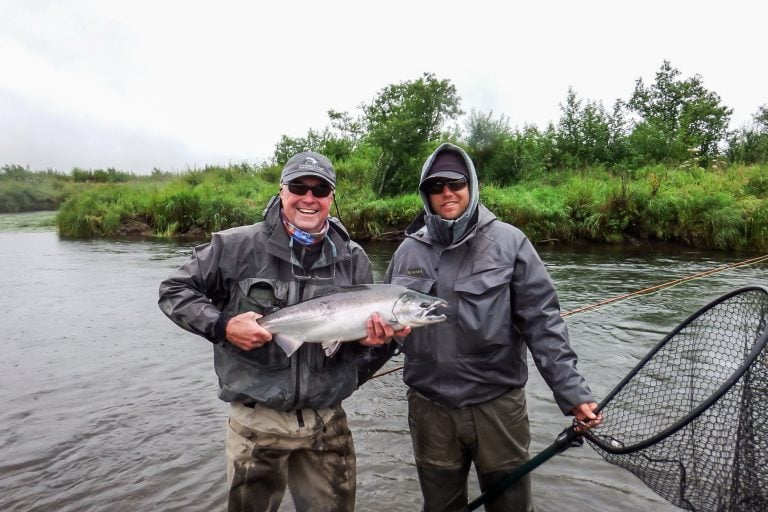 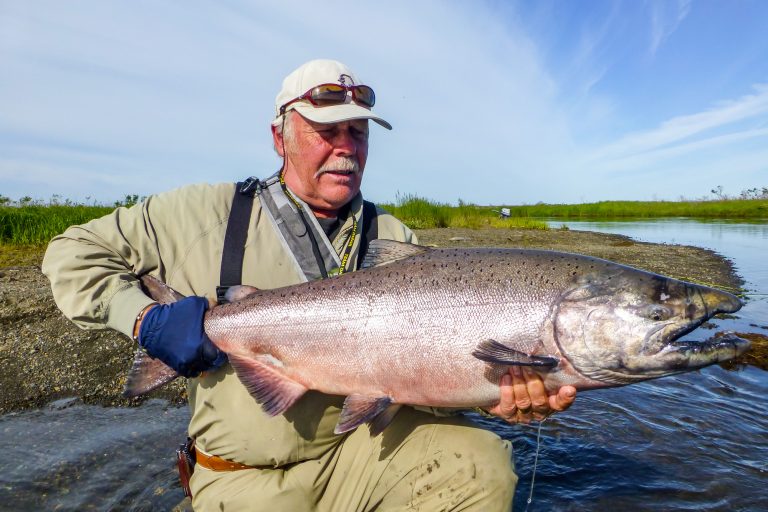 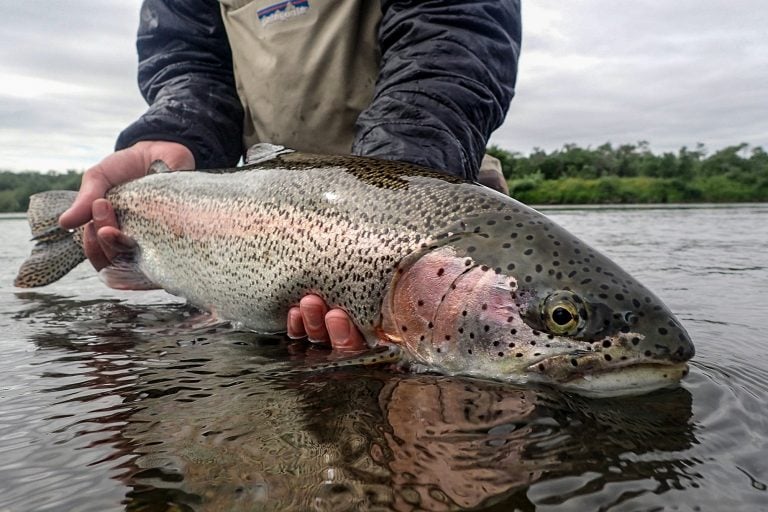 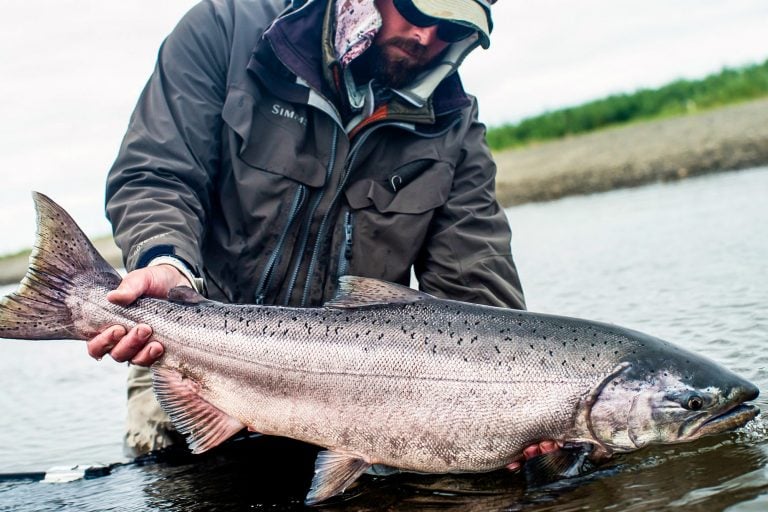 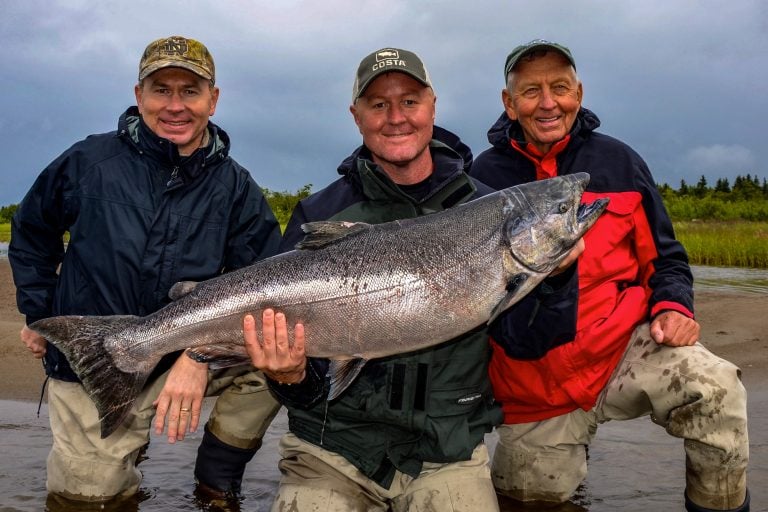 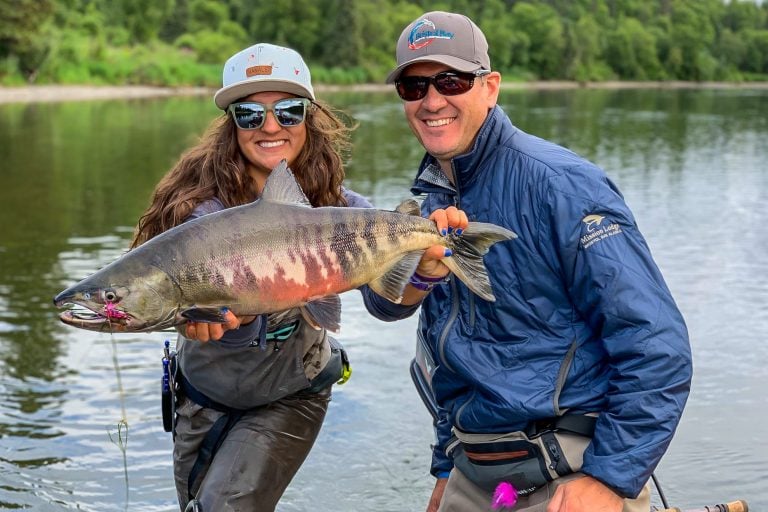 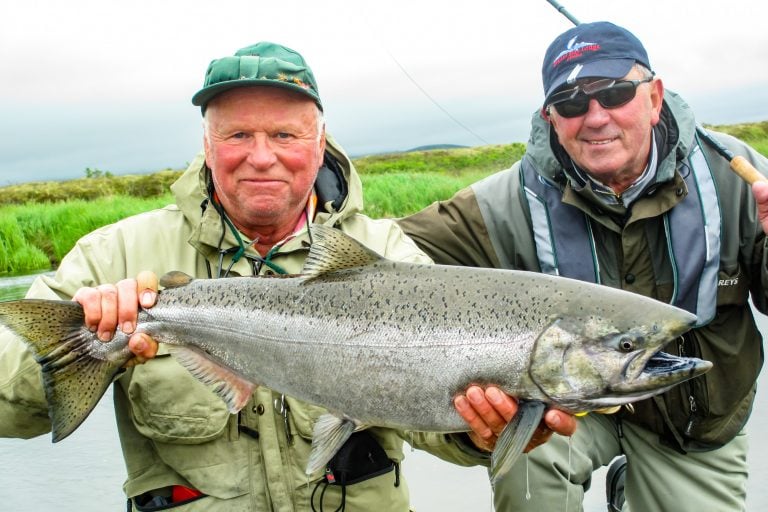 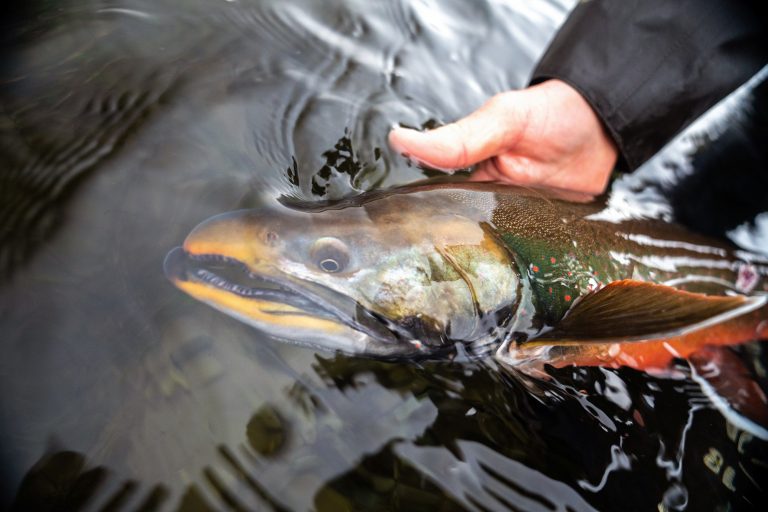 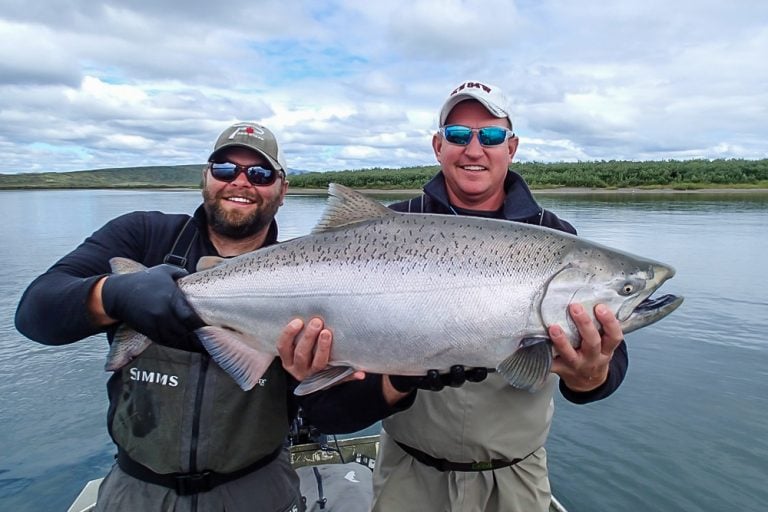 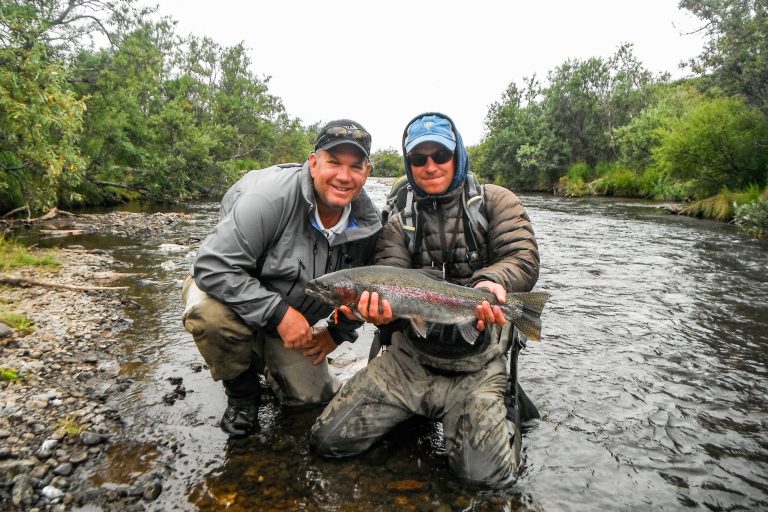 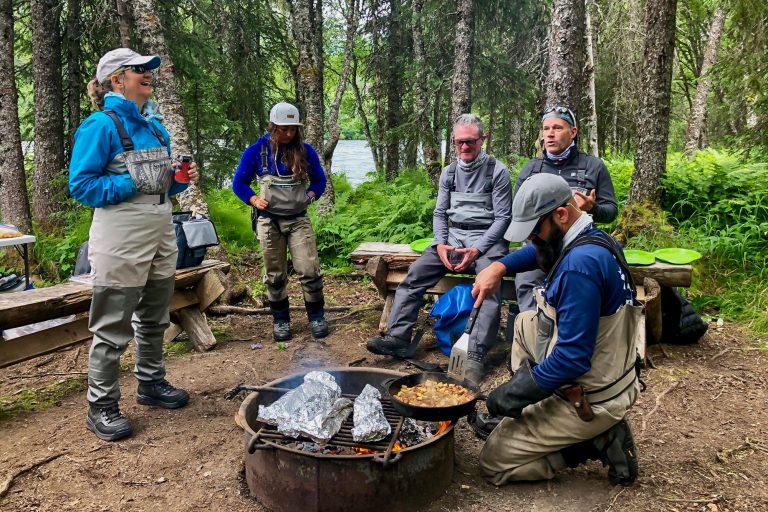 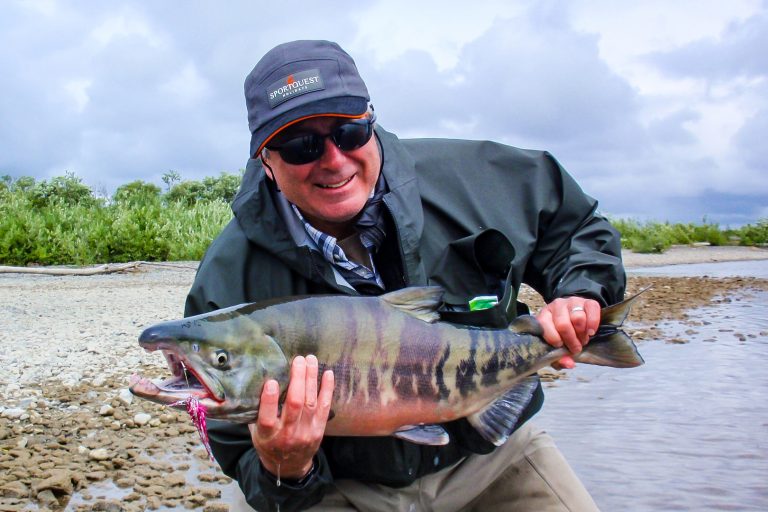 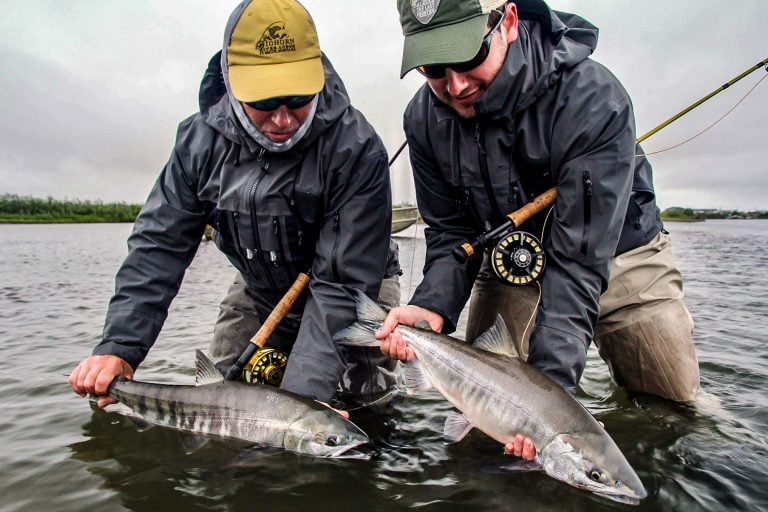 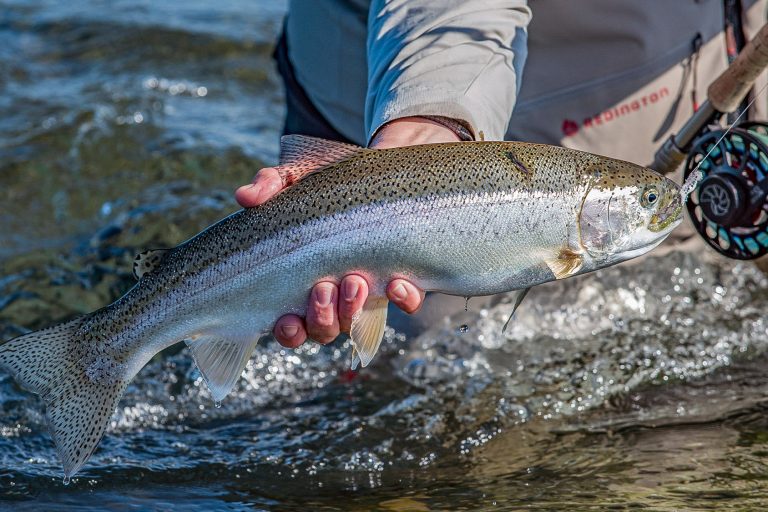 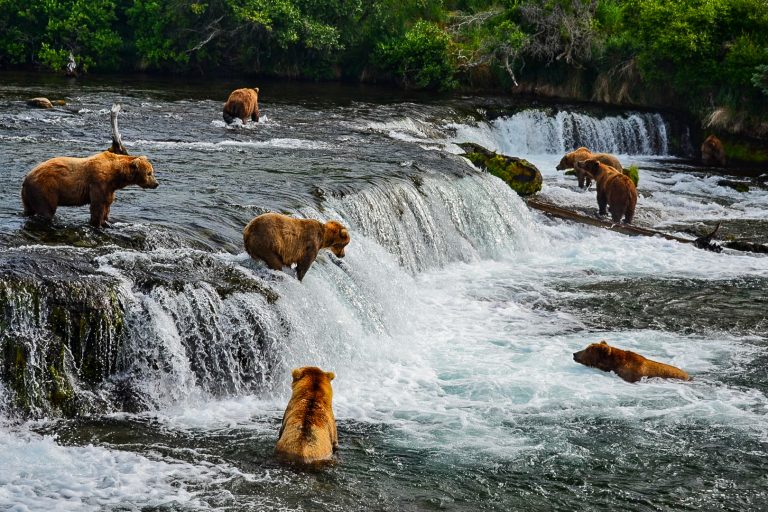 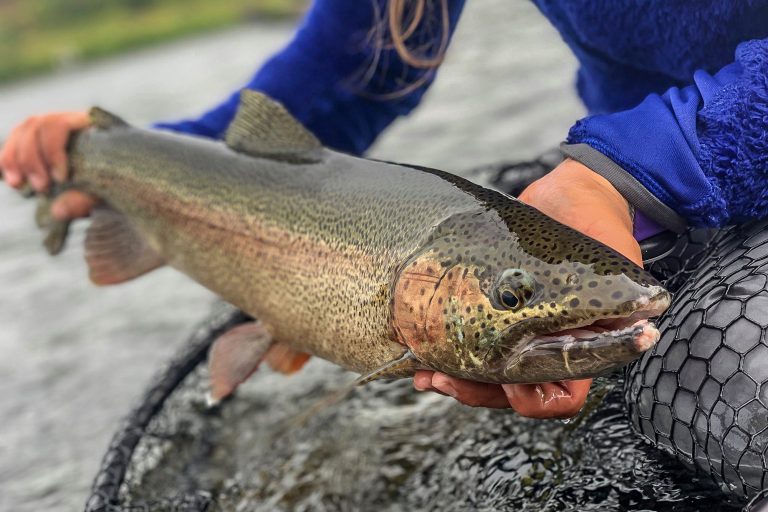