Spain is a country located in southwestern Europe, occupying most of the Iberian Peninsula; it shares land borders with five different countries and is the largest country in Southern Europe and the second-largest in Western Europe. The topography in the country mainly consists of vast flat plains, surrounded by rugged, undeveloped hills and mountains. This landscape, combined with its warm climate, offer the perfect habit and breeding conditions for a whole host of game species, but most importantly, the much loved Red-legged Partridge. The populations of this delightful little bird have thrived over the past few years, and Spain, along with Portugal, is now one of the best countries in the world where you can experience them.

However, it’s not just the Partridge that Spain is well known for, though, as there’s a whole host of other birds and bigger game available, like Wild Boar and Ibex, plus a whole host of indigenous Deer species, including Red Deer, Fallow Deer and Roe Deer.

Below we have listed the main destinations for you to choose from.

If you're in pursuit of excellence then look no further. At El Despeñadero Dario and his team stop at nothing to give you the best shooting experience of a lifetime. With a combination of wild and reared birds, they come a plenty. The shooting is truly sensational, an experience not to be missed. 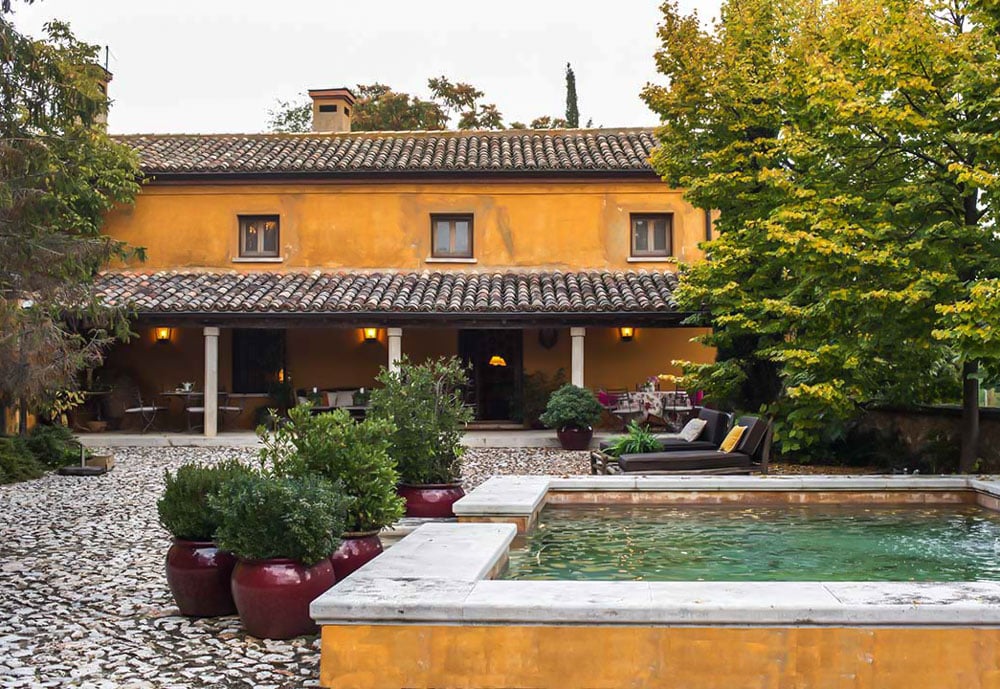 The Lomas de Fuensauco Estate in Spain offers breathtaking landscape, combined with some of the most sensational driven partridge shooting available in the country. You will experience shooting like you've never experienced before, with a variety of fast, high flying birds combined with an array of wonderful services. 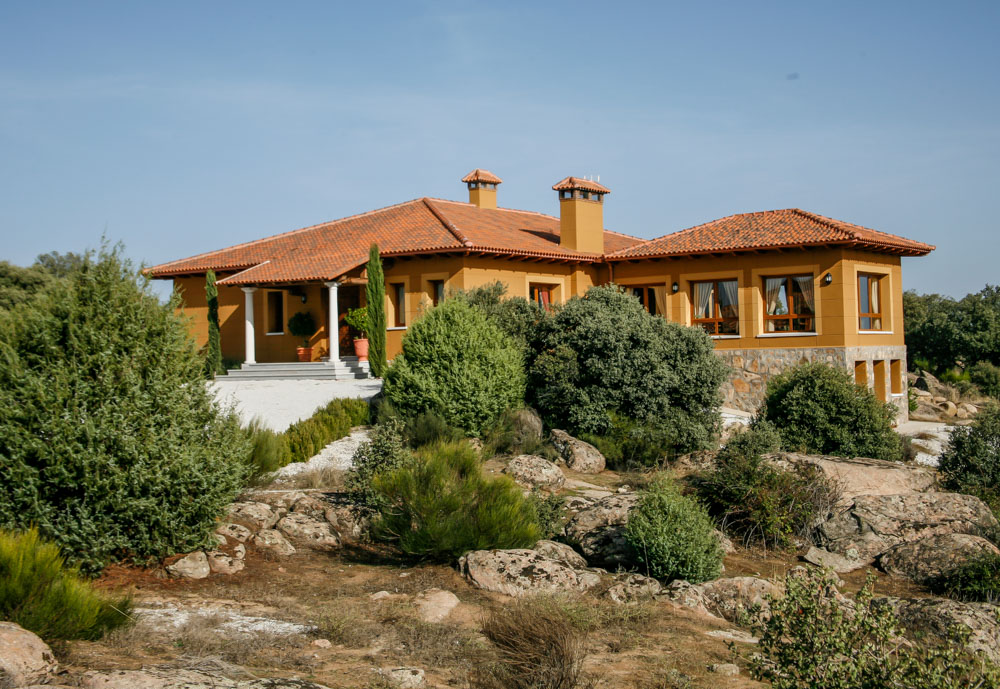 Cenicientos in Spain is the hub for both sensational home-reared red-legged partridge shooting and delectable Spanish cuisine where the host believes that 50% of the experience comes from sharing the wealth of good food and wine. With this tour, you will combine and experience the absolute best of both worlds.

"I have been lucky enough to shoot this estate for 5 years and have to got to know the wonderful family who run it to a degree of excellence that is rarely seen. Having been lucky enough to have shot a lot in Spain I can say that this is one of my favourite estates with fast, challenging birds unlike anything we get here in UK. If you are looking for a new experience, great value and only a couple of hours away, I cannot recommend this estate strongly enough."

"Now in my 3rd season with Darío Vallano. Great team from the office to the field with some of the most brilliant and challenging birds, in a beautiful estate. We adored it and couldn’t recommend it more highly to anyone…without any doubt one of the best driven shooting I have ever been and I have shot at many places in all corners of the UK and Spain."

"An excellent couple of day's partridge shooting last season with very challenging birds. I shoot partridges but these were on a different level (literally) and I had shooting on every peg. The welcome and hospitality from Dario's and their team were of an equally high standard, I will be happily repeating this season in January. Best from EEUU boy's. Rob." 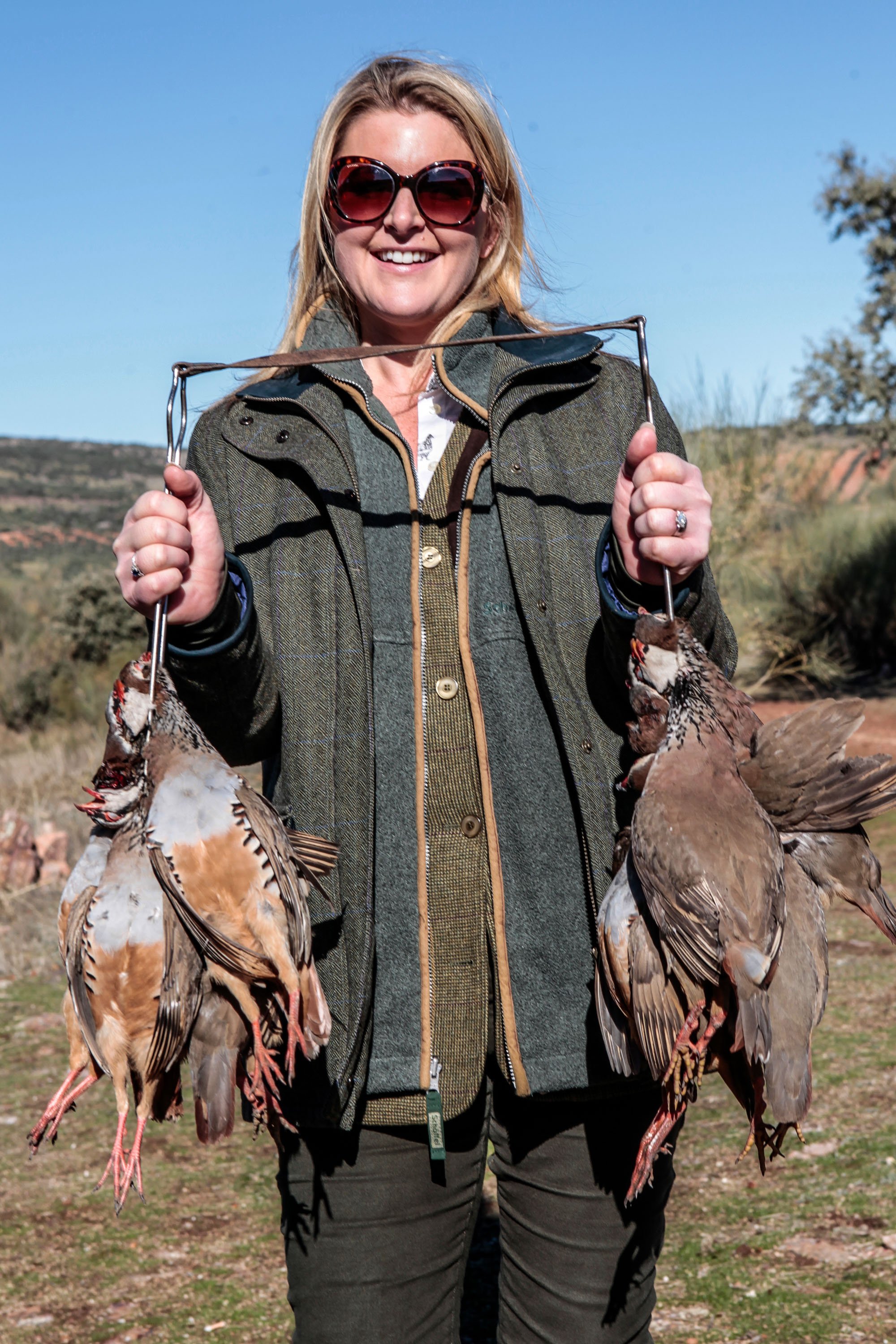 Spains shooting opportunities for the Red-Legged Partridge, or RedLeg as it’s also known, are as varied as its landscape. The majority of the shooting estates in Spain are set within thousands of hectares of natural Mediterranean land, composed of deep valleys, steep ravines and rolling hills, carpeted with forests of rosemary and thyme oaks.

The wide variety of landscape means no two drives are the same. The Partridges presented on these drives are impressively fast, courageous and high flying, providing the guns with a challenging, unforgettable experience. Once you’ve experienced it, you’ll soon realise why shooting holidays in Spain are some of the most desirable in not just Europe, but the world.

What Quarry Can You Shoot?

There’s no doubt that the main attraction enticing guns over to Spain is the native Red-Legged Partridge; there’s also no doubt that the country offers some of the highest quality partridge shooting available anywhere.

However, there’s also a wide range of other game species available. Wild Boar are a popular target amongst travelling guns, and it’s possible to hunt for these using the old Spanish way of Monteria, an ancient type of driven hunt endemic to the Iberian Peninsula. The boars are driven out of the undergrowth by the beaters and a pack of dogs, and sport can be hectic and ultra exciting.

The Ibex, also known as the steinbock or bouquetin, is a species of wild goat that lives in the mountains of Europe. Spain has four species of Ibex: Gredos, South-Eastern, Ronda and Beceite and every year, many people from all over the world travel to Spain to attempt the ‘Grand Slam’.

The Spanish shooting season runs from October to the end of February; however, this is extended into early March in some locations.

As a result, shooting in Spain offers the ideal way of extending the traditional UK shooting season abroad whilst enjoying the warmer climate that the country has to offer.

How Physically Demanding Is It?

Shooting holidays in Spain are a generally laid back affair, and the physical exertion is minimal. Usually, you’ll get picked up by the lodges 4×4’s and driven the short distance to the hunting grounds; from there, you’ll have a short walk to the drives. A sturdy pair of boots is needed, and we would also recommend a shoulder pad or shooting vest as a typical day’s Partridge shooting in Spain can be fast and furious and punishing on the shoulder.

A tremendous advantage of hunting in Spain is the additional activities available for the non-hunting companion. Many famous Spanish cities, towns and villages, set in the stunning scenery and steeped in history, are often only a stone’s throw away from the shooting estates. They’re perfect for exploring, sightseeing, shopping, or enjoying some of the finest food, Tapas and drink the country is famous for or just simply soaking up the atmosphere. Opportunities for other activities such as golf, swimming, Tennis and Spa treatments, to name a few, are never far away.

As with all the shooting destinations in Europe, one of the great things about them is the ease of travel. You can fly from the UK direct to a considerable number of Spanish airports; it’s then just a case of transferring to your local accommodation. 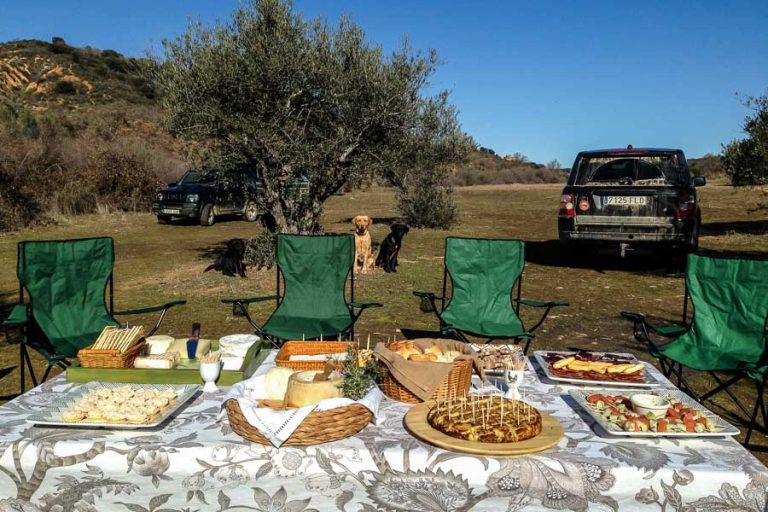 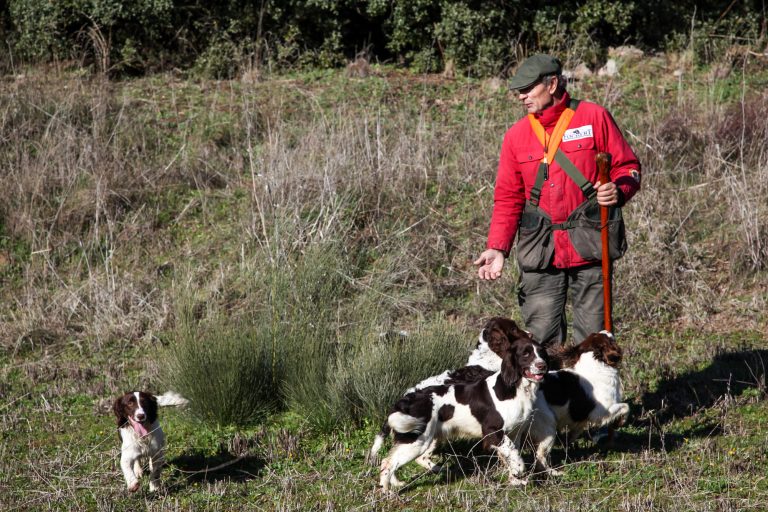 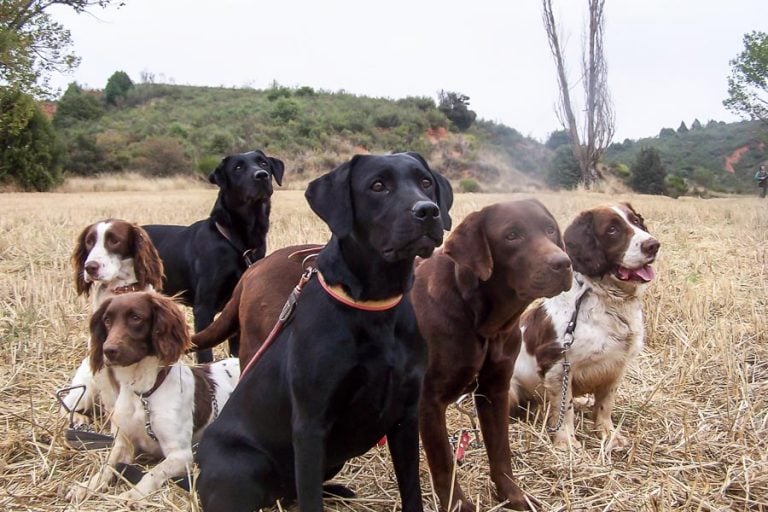 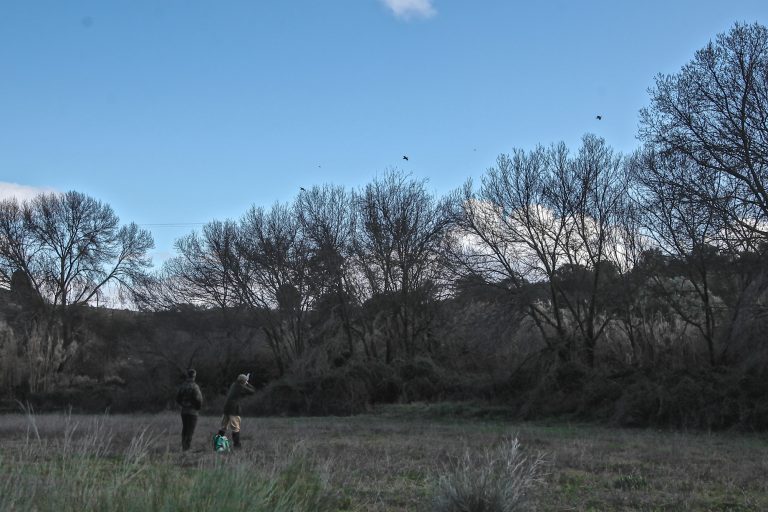 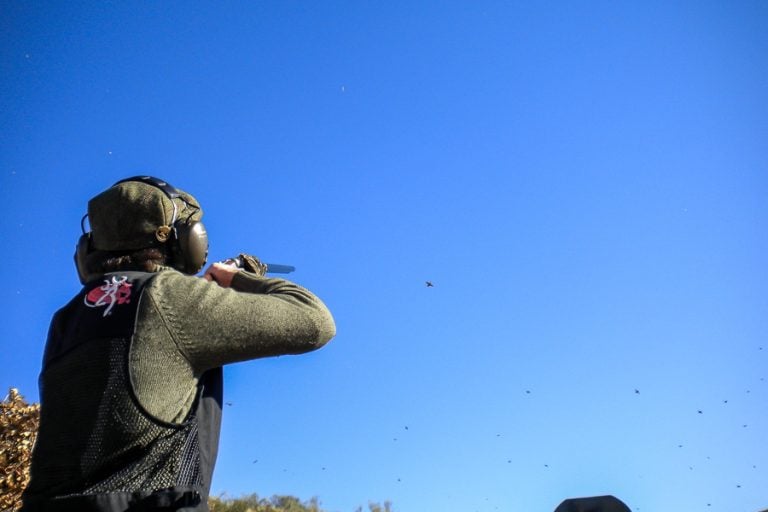 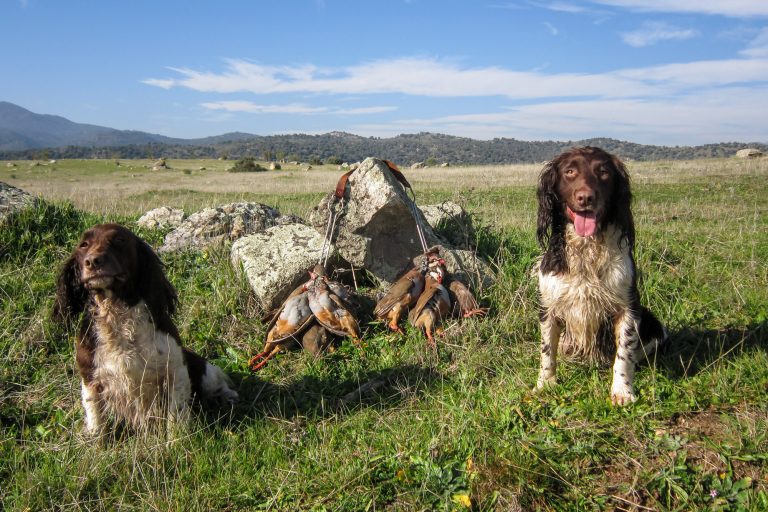 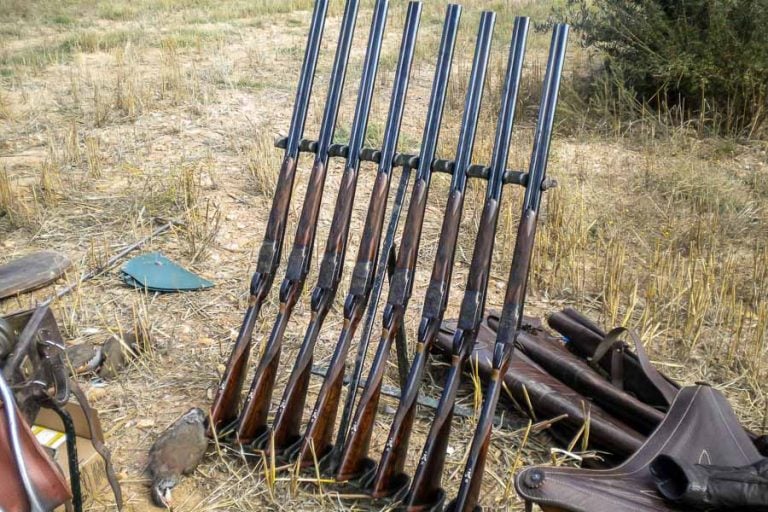 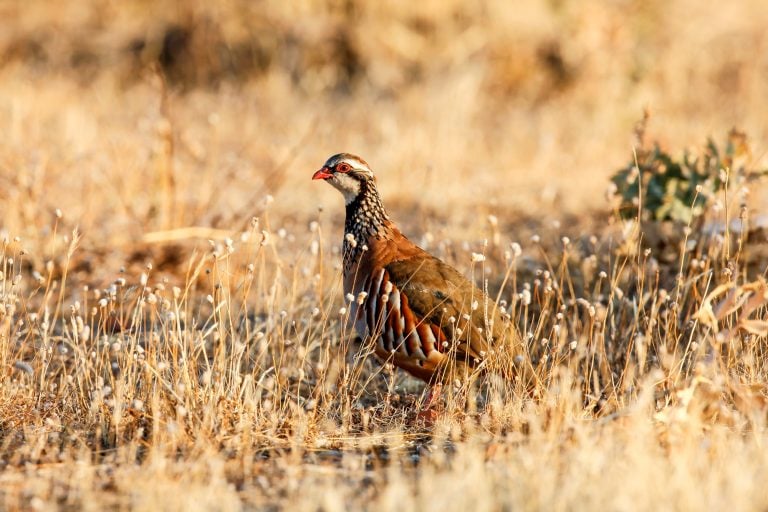