The Copper Shark Or Narrowtooth Shark

The Bronze Whaler shark, also known as the Copper or Narrowtooth shark, can be found in all manner of different waterways, from brackish rivers and estuaries to shallow bays and harbours to offshore waters with depths of over 100m or more. It’s the only member of its genus primarily found in temperate rather than tropical waters.

The Bronze Whalers, given their name because they would gather in large numbers around whale carcasses after being harpooned, are fast and active and maybe encountered alone, in pairs, or loosely organized schools containing up to hundreds of individuals. They can grow over 3 metres in length and over 300lb in weight, with an average size of around 100lb. They feed more towards the bottom of the water column on a diet of bony fishes, squid, cuttlefish and octopus. Off South Africa, they’re closely associated with the annual Sardine run, involving millions of Southern African Pilchards.

Often found in the surf zone, the Bronze Whaler provides a real challenge for the saltwater shore fishing angler. They’re top of the food chain, and to target them, you need big meaty baits, some super strong tackle and a good level of fitness. They’re a mighty powerful fish, and once hooked, there’ll often run back out to sea; sometimes, there’s simply no stopping that initial run.

Below are the top destinations in the world for Bronze Whaler Fishing. 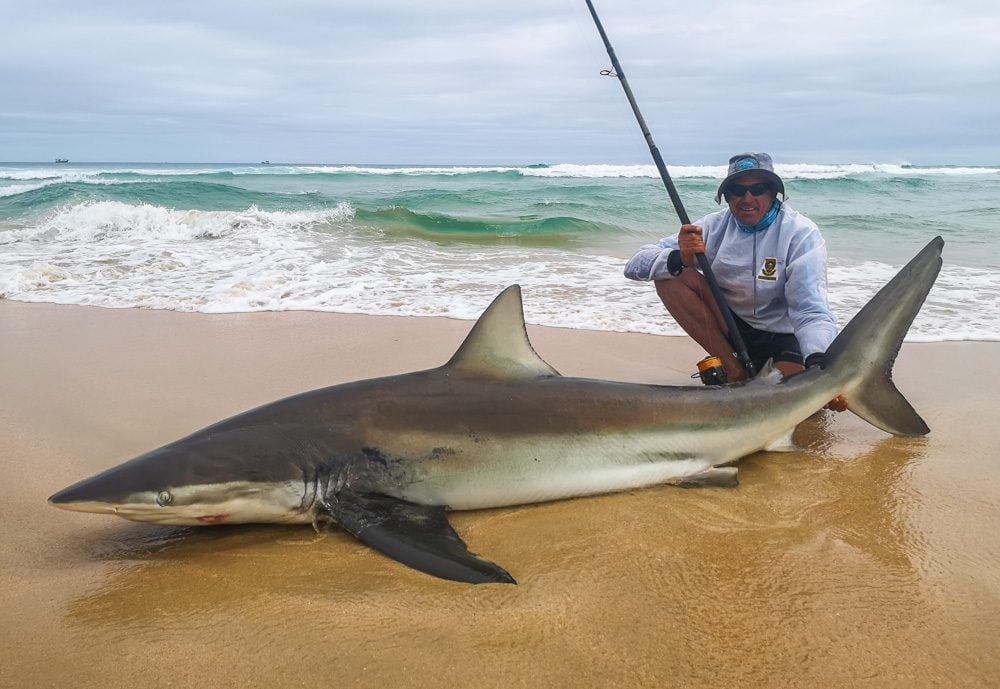 We are pleased to offer you the opportunity to catch some of South Africas biggest and toughest species from the shore. Here at the beautiful destination of Jeffrey's bay, you will be fishing from the shore with a very experienced guide who will aid you while on your holiday to land some of the Indian Oceans most hard fighting species. 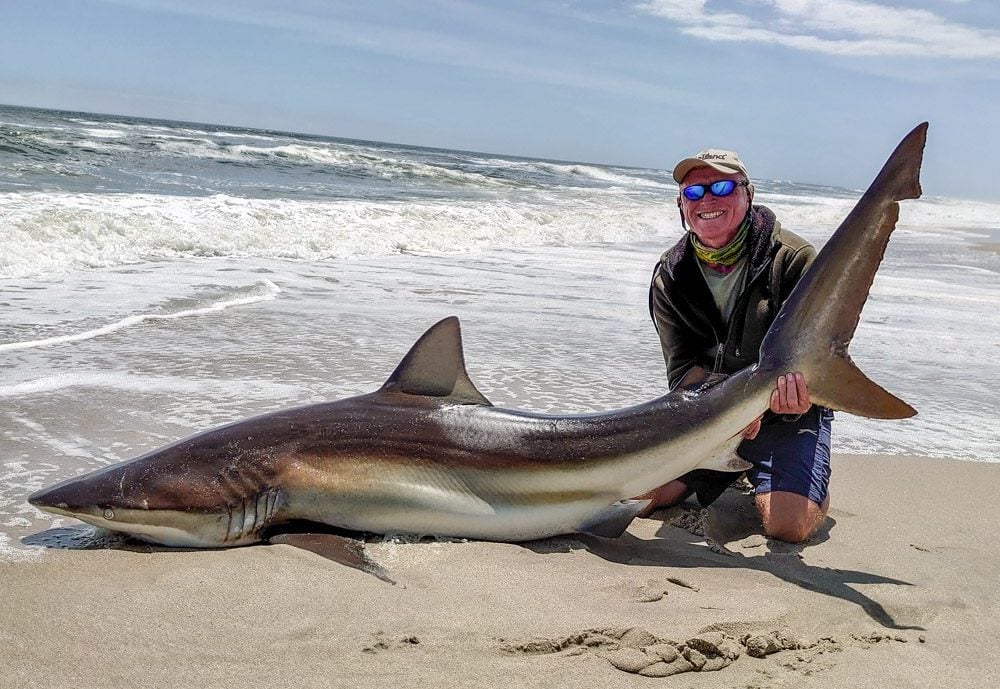 The Namibian coast boasts one of the largest populations of Bronze Whaler Sharks in the world.  These huge sharks can reach well over 400lbs. You will be targeting them from the shore on heavy surfcasting tackle and bait. The Bronze Whaler is immensely strong and puts up one of the best shore fights you will ever have.

"Big Bronze Whalers from the shore... completed it! What a week, what a destination, what a fish. I can't speak highly enough about the operation, from the moment I left my front door to the moment I returned everything ran incredibly smoothly and I was thoroughly looked after. Thank you!"

"I had the most fantastic time and landed some amazing Sharks. The sight of my rod slamming over and my reel screaming from the first Bronze Whaler I landed is a sight that will live with me for the rest of my life. The flights and transfers were all very easy and the accommodation was lovely."

"I'm just back from a week in Namibia and what a week it was! I landed two species of shark over 100lb including a Bronze Whaler and Seven Gilled Cow Shark plus a host of smaller species including Smoothound and Lesser Guitarfish. The lodge was perfect for what I needed and the guides were very accommodating and knowledgeable. A big thumbs up from me." 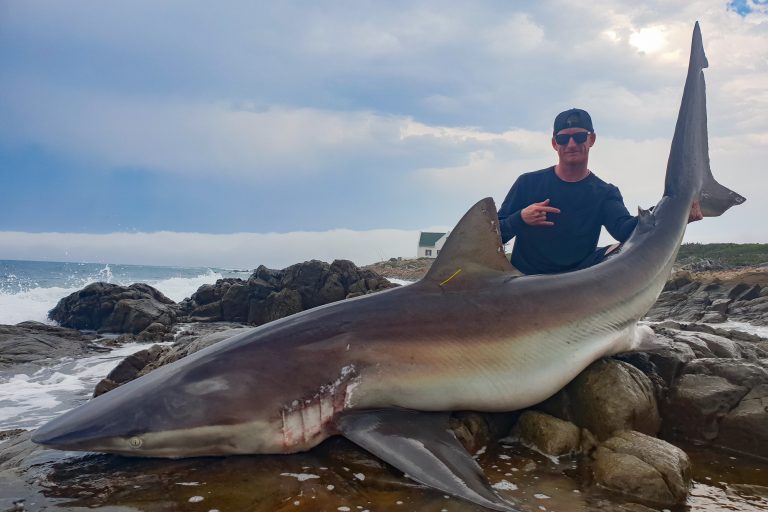 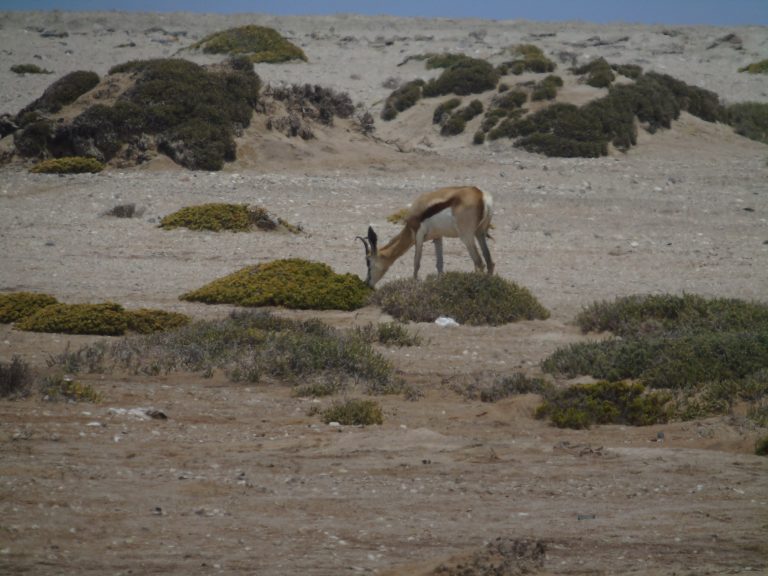 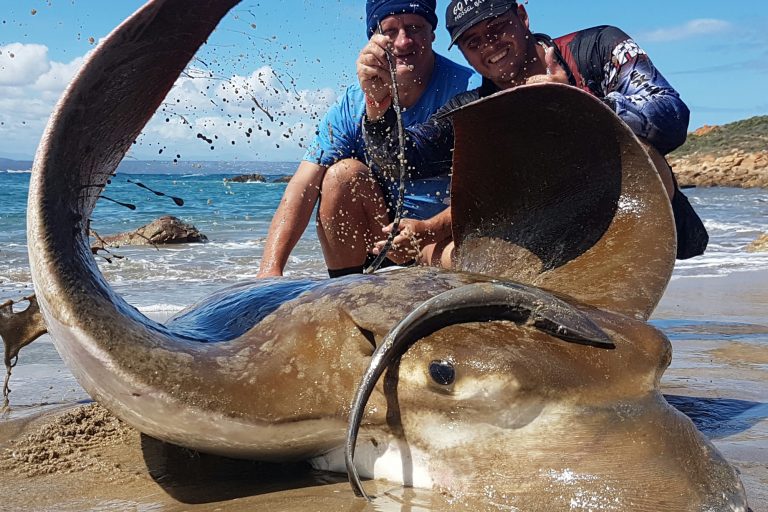 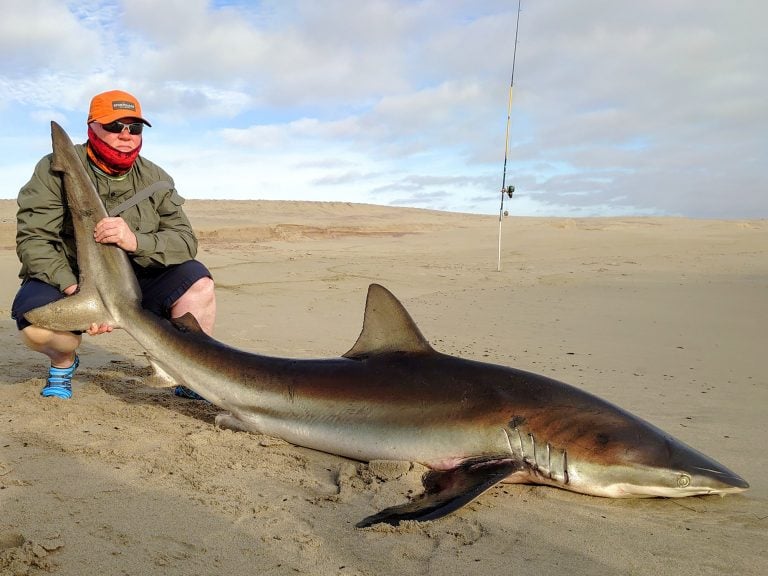 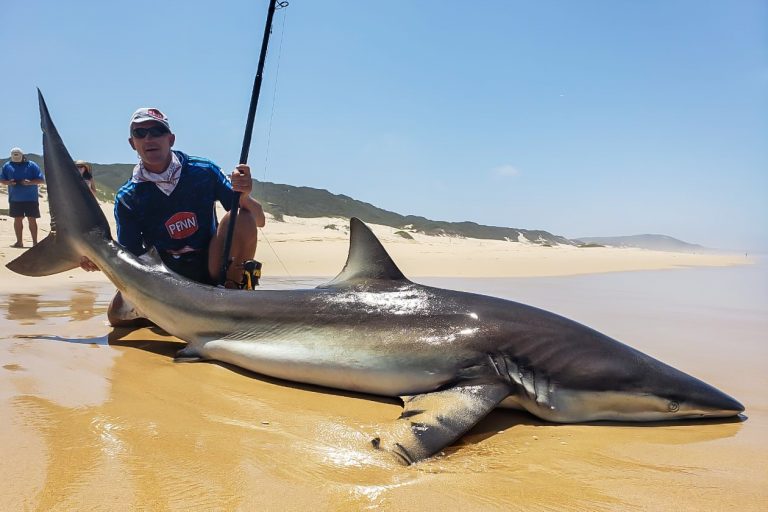 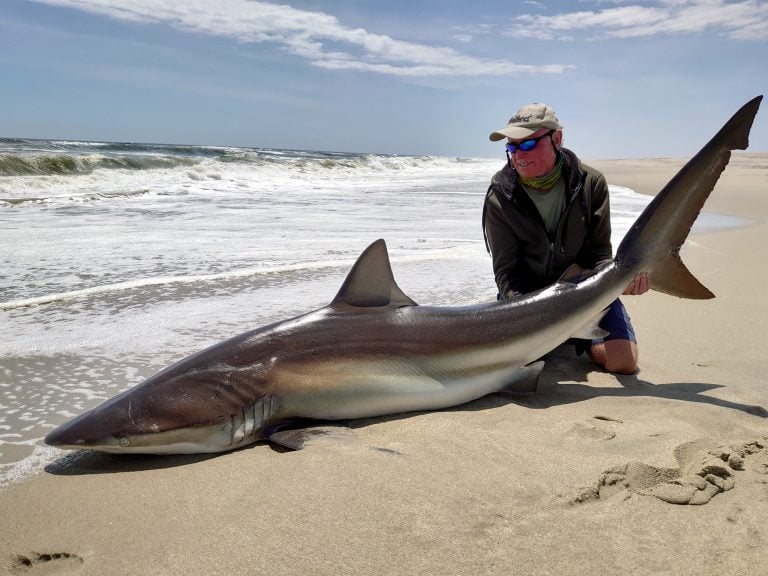 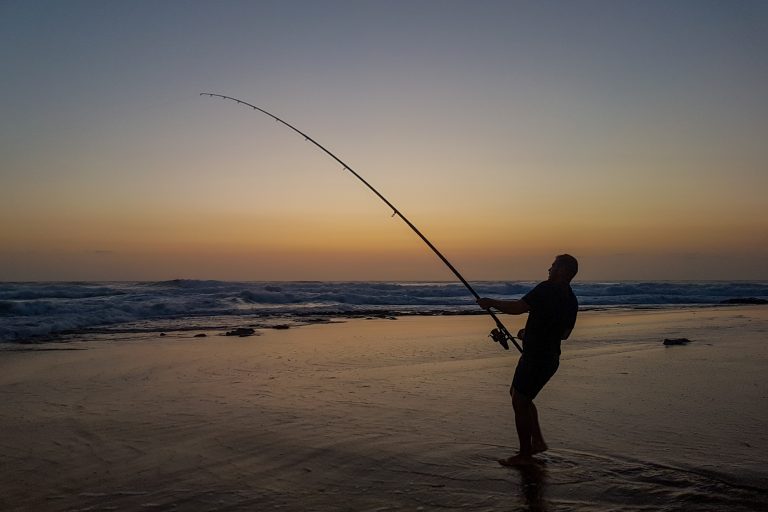 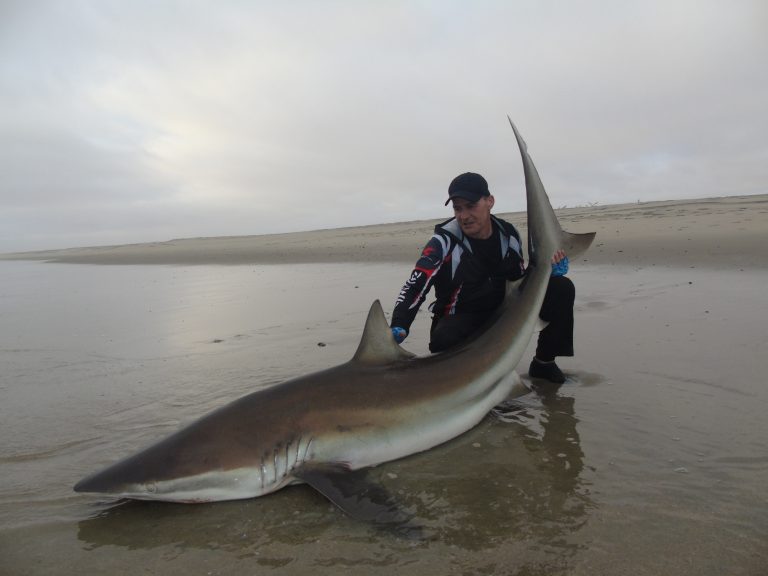