Sturgeon Fishing Holidays Will test all of your strength

Sturgeon are native to subtropical, temperate and sub-Arctic rivers, lakes and coastlines of Eurasia and North America. They are some of the oldest fish globally, and some of the earliest fossils discovered date back millions of years. They are long-lived and late-maturing, with an average lifespan of between fifty and sixty years; their first spawn doesn’t occur until they are around fifteen to twenty years old, though. Sturgeon have a distinct set of characteristics and an elongated, spindle-like body that is smooth-skinned, scaleless, and armoured with five lateral rows of bony plates called scutes.

Primarily bottom feeders, with a diet consisting of shellfish, crustaceans, and small fish, they feed by extending their syphon-like mouths. Having no teeth, they’re unable to seize prey, but significant individuals are more than capable of swallowing large prey items, like whole Salmon. The biggest Sturgeon ever recorded was a Beluga female, measuring 7.2m and weighing in at 3,463lb. Still, fish to over 1,000lb get regularly landed by anglers, with an average size of around 100lb.

These prehistoric giants aren’t too hard to locate or hook; the hard part begins once hooked. They run like a train, leap completely clear of the water and never know when the game is up, making for a spectacular, long battle of man v fish. Despite their tough-looking outer appearance, White Sturgeon are quite a delicate species, so they need to be treated with the greatest care and attention once landed.

Below are the top destinations in the world for Sturgeon Fishing. 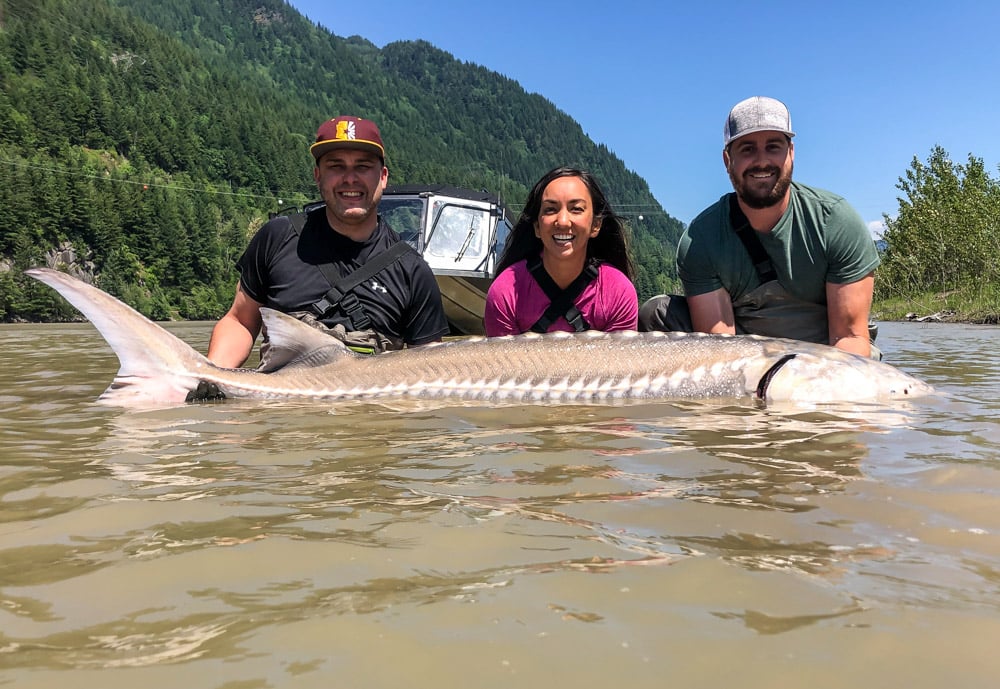 Fraser River Lodge, nestled on the shore of the mighty Fraser River in British Columbia, is the perfect location to spend a relaxing week's holiday while being surrounded by some of the world's best scenery and wildlife. Choose between Sturgeon, Salmon, or Wilderness Fishing. We can customise your fishing trip around your favourite style of fishing. 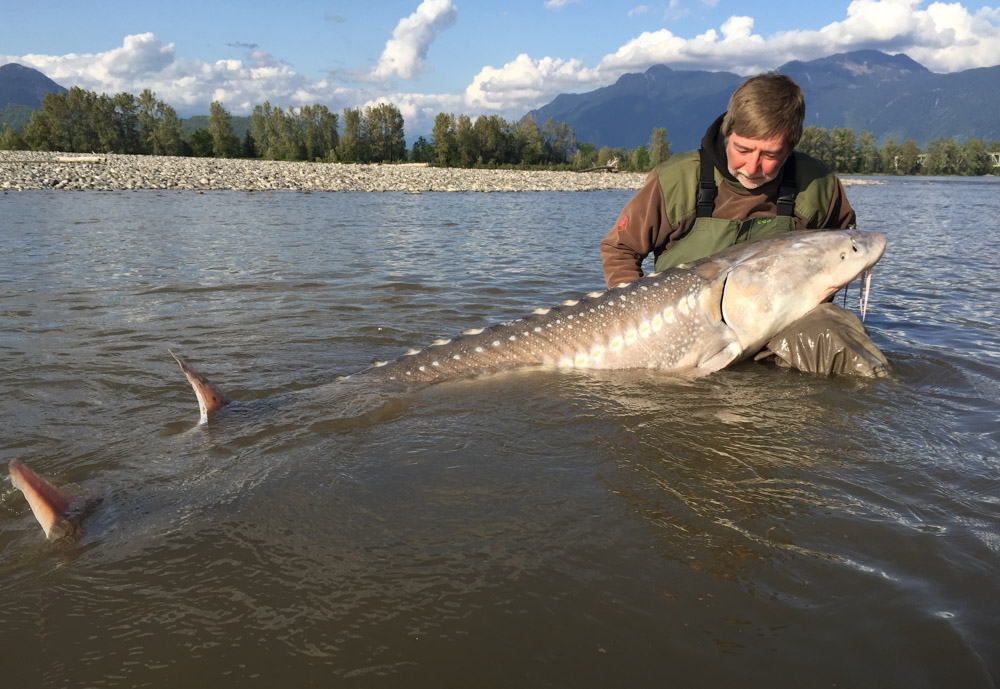 The giant dinosaurs of the Fraser River also known as the White Sturgeon attract many anglers from across the globe and come as no surprise that anglers tend to return year after year to try and beat their personal best. With Sturgeon averaging between 75 – 200lbs now being the norm this truly is a wilderness adventure for the true specimen angler.

Solo Traveller Weeks Available - We have both normal and solo traveller weeks available.

"The Fraser River Lodge is a beautiful lodge set in a truly idyllic location and I don't even know where to start with this review... everything was perfect, from the moment I left my front door to the moment I returned home. The food was the best I've had on any fishing trip and the staff were incredibly friendly and exceptionally helpful (shout out to Wendy & Clarissa!) The fishing was first class too and was way above my expectations - If you've never caught a Sturgeon, then you need too!"

"Thanks Sportquest for organising such a great trip. This is now been my 10th visit to Canada for the Sturgeon and have enjoyed every trip and am making plans for next year already. The transfers, accommodation and fishing was excellent as always Fishing was a little slower than previous years but thats fishing. Thank you Ken"

"Thanks for a great trip, we caught 18 sturgeon 4 which were 200lb+ The guides were first rate as well as the tackle and boats. Would highly recommend this trip to anyone who likes to have their arms pulled!!! we are all going back in 2017." 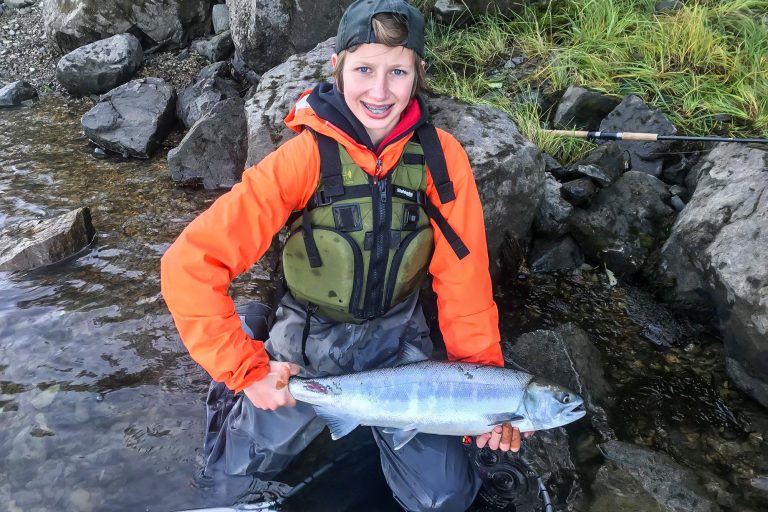 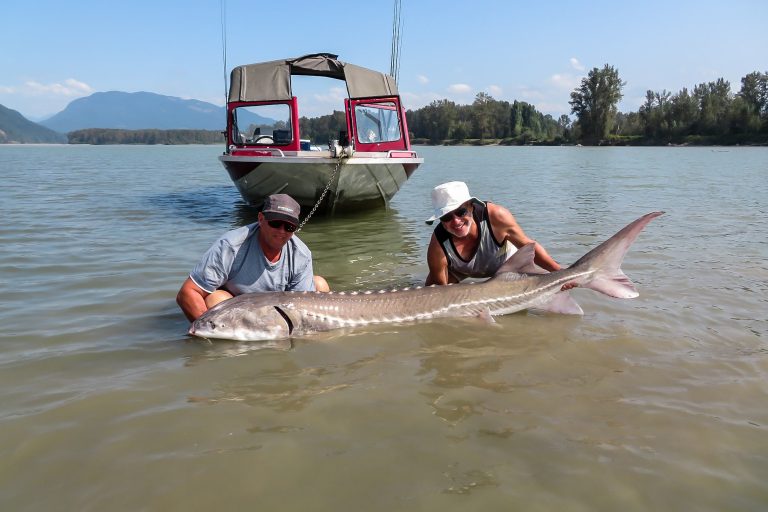 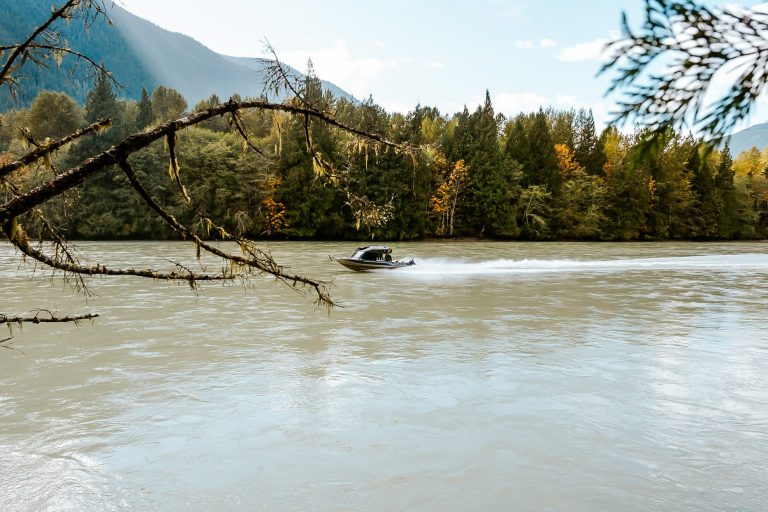 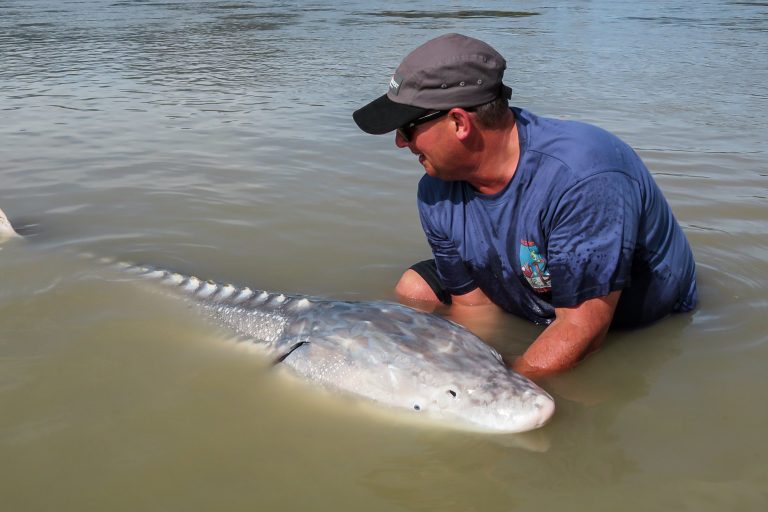 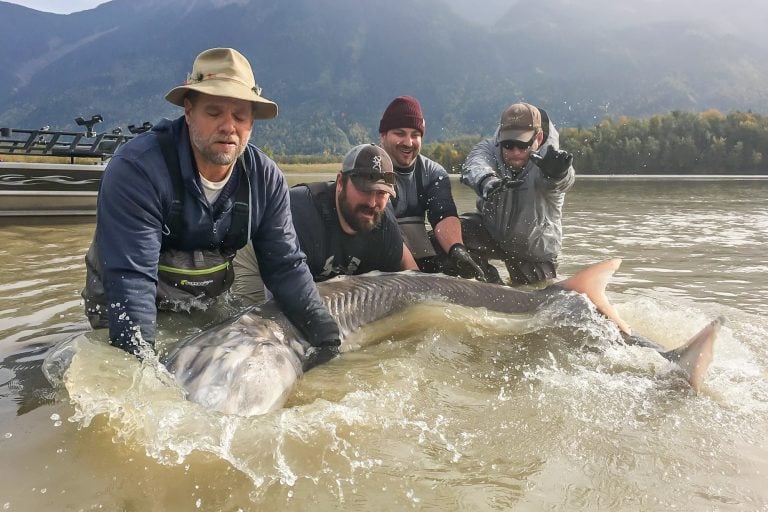 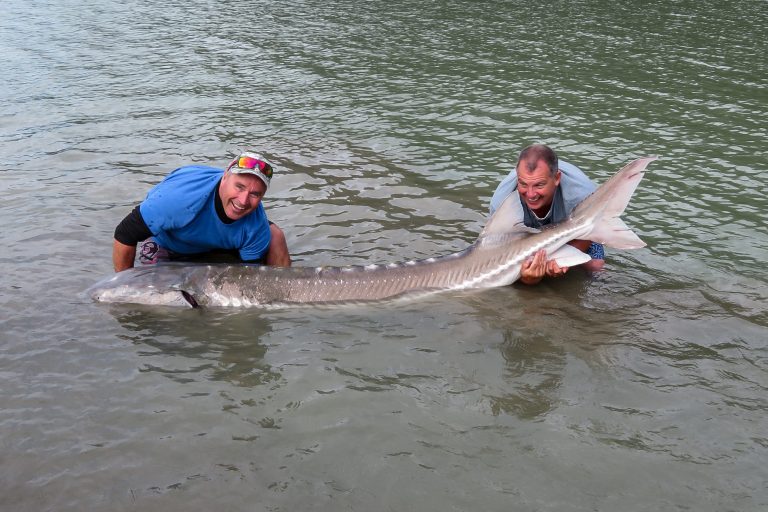 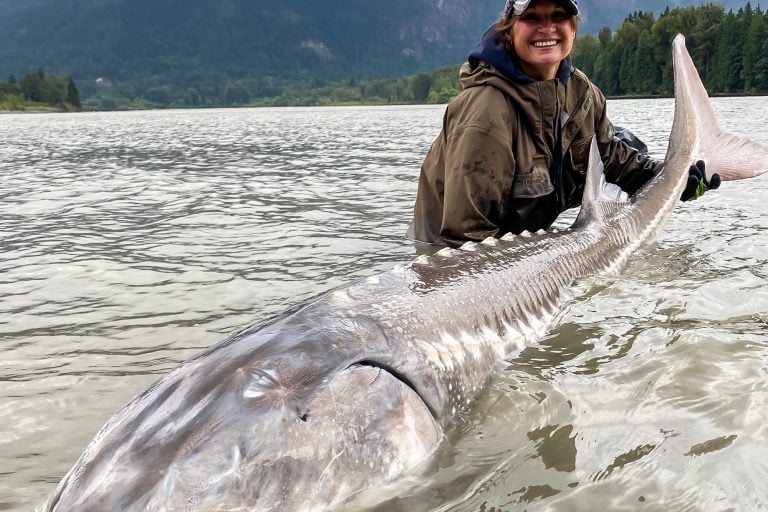 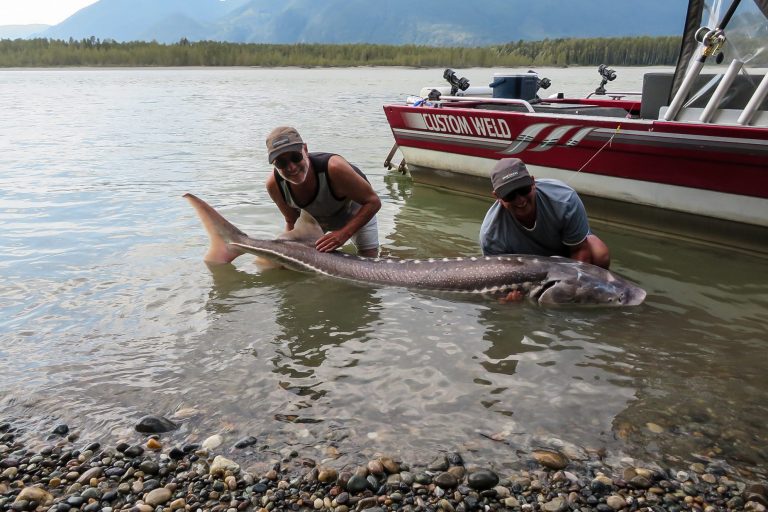