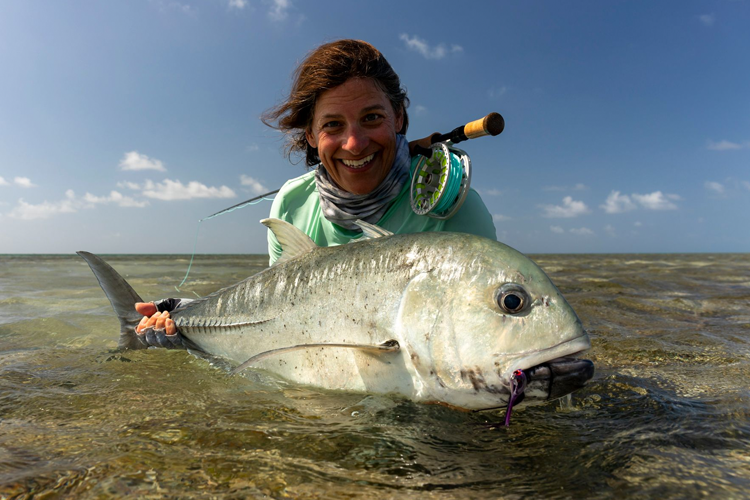 This week was the first week of the much anticipated Farquhar Island season. The first week started out well with all anglers getting a taste of the species that roam the flats including GT, Bonefish and even some very nice Bumphead Parrotfish.

Alejandro also managed a Slam that comprised of an Indo-Pacific Permit, Bonefish and GT. It was the first Permit of the season. He also had a great variety of species under his belt at the end of the week.

Rasmus shot the lights out at mid-week with an impressive Super Slam comprising of Bonefish, GT, Permit and Bumpy, sadly the Triggerfish did not materialize. Jacob consistently ticked over the number counter with steady GT catches throughout the week but sadly lost a Bumpy after a long fight.

Despite the weather not always being conducive as there was still a stiff SE trade wind blowing with patches of rain from time to time, the group were constantly in great spirits, especially around the bar in the evenings swapping the day’s war stories.

If you would like to gain further information on our Farquhar destination you can take a closer look at the full tour over on the tour page on our website. If you have any questions regarding any of our Saltwater fly fishing tours, contact Peter at 01603 407596 or via email at peter@sportquestholidays.com and I will help assist you with your query.