We have just received this great report in from Havoysund of the past weeks fishing and both the Halibut and Cod have been feeding well. The customers at the camp have some amazing fishing this last week and some big fish have been caught. Why not have a read and see for yourselves just how good Havoysund can be at this time of year.

Another week completed up here in Havøysund and despite a little more wind, we have had a good time fishing at the camp. We simply start where we left off the last news and the big fish! On Saturday night Fredrik and the rest of the gang came back in boat 2 and 7 from a longer trip in search of Halibut. During a drift Fredrik had obviously had a bite on his bait fish but unfortunately it spit out again luckily for Eric it would bite properly on his jig. Probably the same fish that Fredrik had had on his bait fish, after a fantastic fight Fredrik could secure Eric’s fantastic flounder of 166 cm (143lb est)! New PB and a big congratulations from us! After a successful big-game venture they decided to go Cod fishing, where they would succeed in pulling up a huge cod of 136 cm, and about 20 kilos! The fishing was also totally crazy on the Cod out there with a lot of nice cod up to 10 kilos caught. 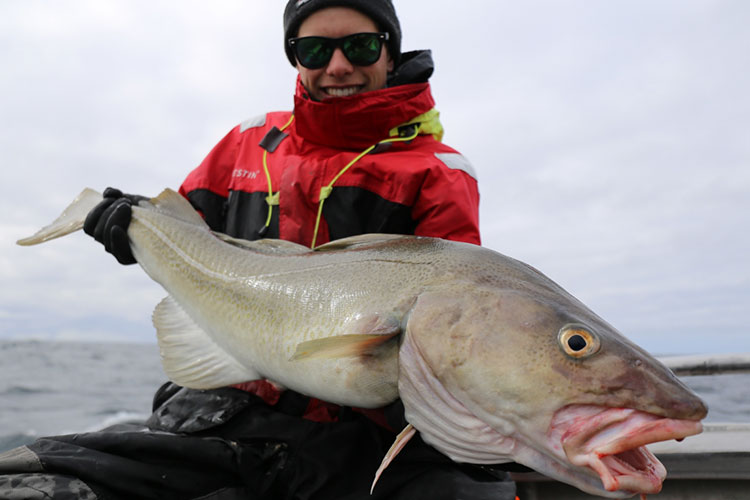 The next few days much fishing has been going on with most of the boats. The old men in boat 9 were fishing with boat 8 very close to the camp on larger cod. There were large amounts of Coalfish at a depth of 70 metres and the Cod were obvious and pushing up the bait fish. This often results in very nice catches and the people in boat 8 hooked into quantities of cod up to 10 kilos, but also managed to land a couple of top fish of 15.5 kilos and 20.2 kilos. In boat 9 they also had several nice fish during the Cod session, boat 9 would also succeed in getting a bigger cod up to 20 kilos the same day. It is incredibly crazy that the Cod has sneaked relatively close to the camp right now! 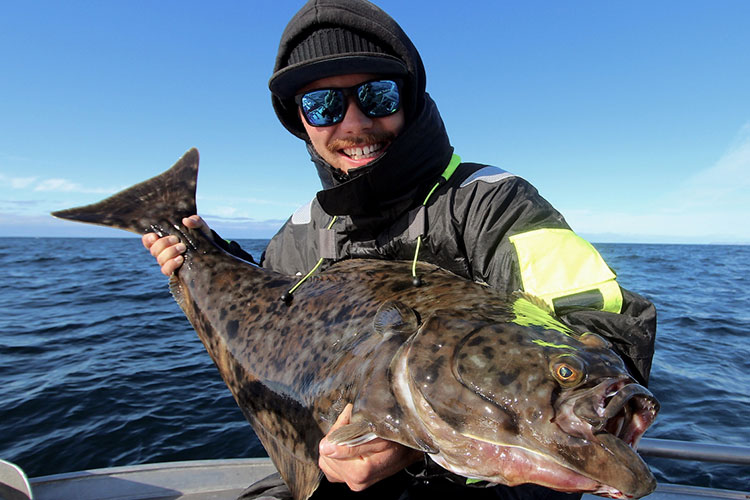 Douglas and his two friends Jonathan and Victor were looking for Halibut on Monday. The fishing had been somewhat tough throughout the day, but at the end of the day they decided to move to an area very close to the camp and test the fishing. Douglas hooks into a better fish on the end of the day it did well and showed clear headlines which often indicates large fish. Unfortunately at the moment of landing the fish succeeded in spitting the hook, and disappeared back into the depths. It was a great fish and estimated the Halibut to be about 150-155 cm (between 103 – 115lb est). But boats 2 and 7 also had good Halibut fishing, where they succeeded land 2 fine food fish of about 85 cm (16 lb est) and another one of 112 cm (40lb est). Daniel also succeeded in hooking in a terrific 154 cm (112lb est) Halibut, and new personal best for him! After being photographed and measured, the beauty swam back down to the depths. 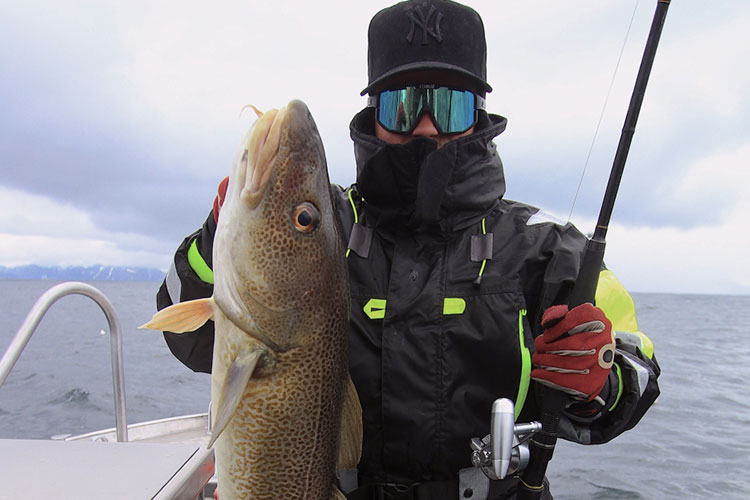 Last day I steered the guide boat, and gathered several boats to go a bit westward, to get  out of the  the east wind. There was mirror-glossy water and lovely conditions on the water, and Halibut fishing could begin. We were going to do a mix of fishing this day, and gave the Halibut a couple of three hours of attempts before we turned out to the depths in the hope of some better Cod. The other boats chose to stay in hopes of Halibut. Not long after we had come out to the Cod, the messages began to flow about Halibut. Boat 3 was the first in and landed a great Halibut of 113 cm (41lb est). Not long afterwards constant messages came in on the VHF that they had caught several fish. But there would be fixed fish again for boat 3 another great Halibut of 105 cm (32lb est) just a few minutes later. It took no more than 10 minutes before the Lithuanians would also report today’s first Halibut in their boat … A beautiful fish of 128 cm (61lb est). The Swedes in boat 9 hooked a great Halibut just a little later. You never saw the fish but it was obviously a fish of better calibre. During the day we had happy Cod fishing, with top fishes up to 12 kilos. In boat 7 they also landed a metre Halibut at the end of the day. 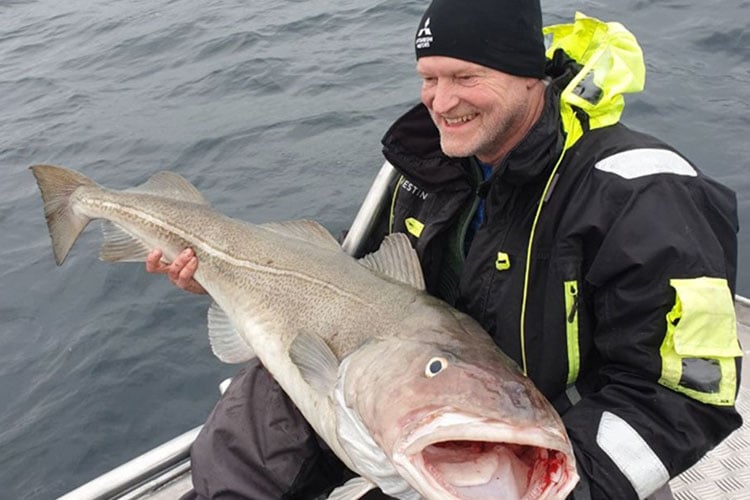 Another wonderful week was over, and it ended in an incredibly nice way. In the evening there was a good atmosphere around the camp and the “obligatory” PB bath was for the end of the evening. So we would like to thank the guests of the week for a wonderful trip. But now is the new guests and tomorrow we will start again with the fishing up here. The weather looks somewhat rough the first few days, but we cross our fingers for it to turn in our favour, as soon as possible! 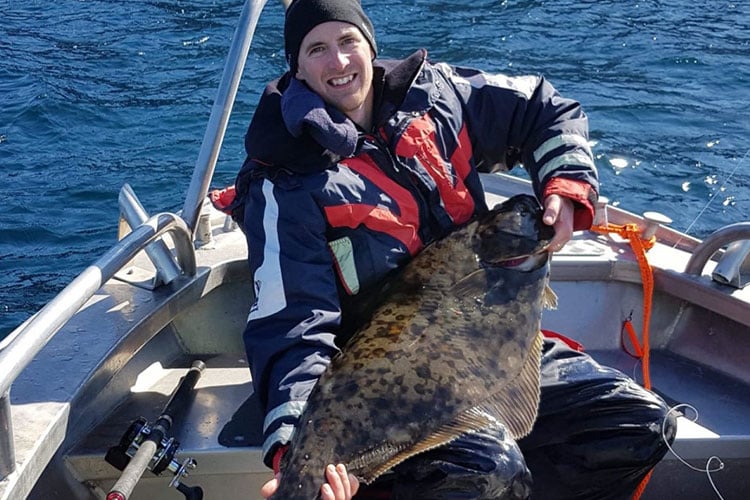 Thanks for the report guys.

If Havoysund looks like somewhere you would like to fish then why not contact our experts in the office by calling 01603 407596 and we will be happy to answer any further questions you may have.