We have our fifth report in from the group over at Costa Rica, it looks like the fishing is improving each day! Ill now hand it over to Admiral Marlow –

Its been a very hard workday. Up at 5 am, on the dock just after 6 am and then having to fish in glorious sunshine with a temperature around 28c with a pleasant breeze!

Today we were again with Humberto on the Boston Whaler and we opted to fish inshore for a change. The first job was to catch live baits just off the dock. As soon as we pulled up and were ready to fish our Sabicies Humberto spotted some commotion just 30 yards away from our boat. He was now like the hungry tramp looking for chips and within seconds I was pitching a Goggle Eye into the action.

Seconds later a hit and the reel made that lovely noise when a smooth drag comes into play. I thought at first it might be a Rooster Fish but it turned out to be a Jack Crevalle. Jacks are among my favourite fish so I was more than happy to pose with it in the picture. The Jack is the one not wearing the cap. 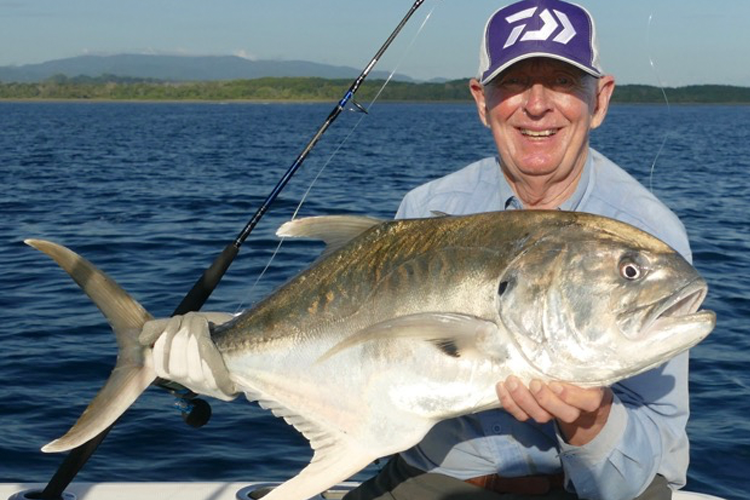 A customer with a stunning Jack!

Humberto received a message that there were some Tunas just 6 miles from us, mostly small but they were feeding, so off we raced. The Dolphins were having a ball pushing the baitfish along, but in front of them, I could see Tunas crashing about. It amazes me how fast these shoals move and often you are only in position for a minute before they move on. Humberto skilfully put us in the right spot and the fish finder lit up with fish some 60’ down. I dropped my Williamson Speed jig down on my light Daiwa spinning rod and first drop had a hit and a Yellow Fin Tuna tested my outfit. Today I had Chris on camera duty and he managed a lovely picture for me. 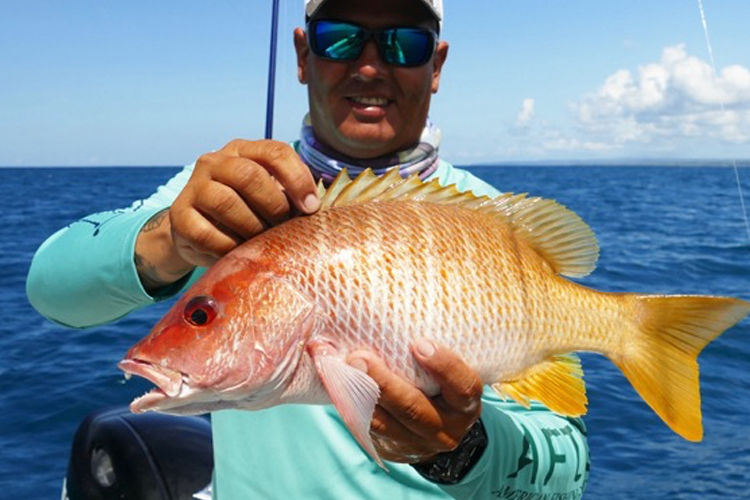 The fish wouldn’t keep still and jumped out of my arms back into the water to grow even bigger. I rigged the same jig on Chris’s rod and soon he hooked a screamer only to have the hook pull out. These fish were just the right size for our light outfits.

We chased the fish again and dropped in our jigs, Chris had a hook up immediately and the line screamed off his reel. Humberto and I got out some cold drinks knowing that this could be a long fight and commented that it looked like very hard work. To be fair Humberto did ask Chris if he was in any pain! 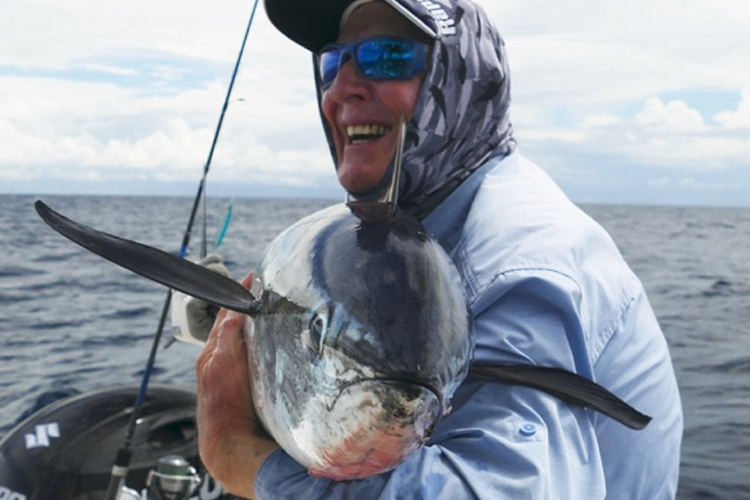 A few minutes went by and Cris commented that he was almost out of line and with the fish 300yards down I feared the worst. With no other option, I tightened the drag down to sunset position. After the epic battle two days ago when Chris had the big Tuna he realised that to carry on this fight was going to be extremely painful and a very long battle.
So he kindly offered the rod to me. Normally that’s a no-no but because I am so kind I was prepared to take over. Chris was now on Camera duty.

Well Shipmates, it was a case of pulling for England because there weren’t that many good options. I could see the nearly empty spool and with the reel locked down, I feared that the line would break. Fighting a Tuna straight down is hard work so Humberto who was like a well-oiled mechanic backed the boat away to give me some angle. This worked and yard by yard the fish was coming up. With the drag hard on this fish still managed to pull some line so it was gain 20 yds lose 15 yards.

With nothing to lose, I gave it the Tournament lift (seasoned shipmates know what that means) and after another 30 minutes, the beast came to the surface. Near the end of the fight I knew something had changed with this battle. It had, the fish had become tail wrapped and was coming in backwards. I was going to release it but I am afraid it drowned, that’s not uncommon for this to happen. We managed to get it onboard for the photos. 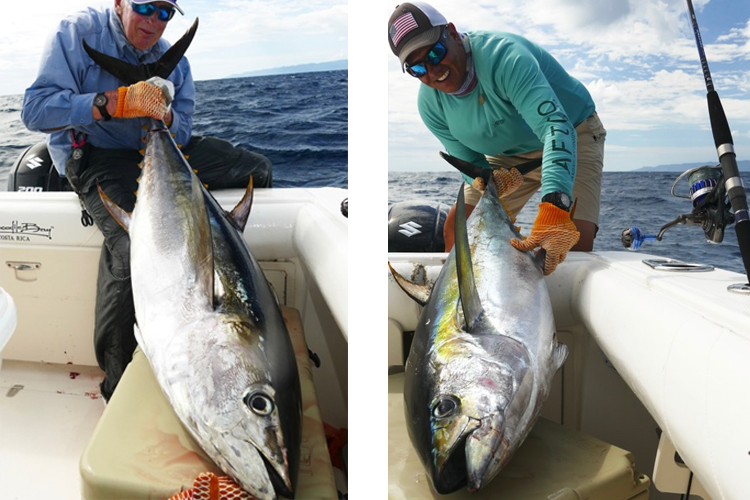 It was even bigger than the one we had two days ago. It’s a good job we were told there were only small ones in this shoal! The other good news is that everyone at Crocodile Bay Resort has fresh Tuna for dinner and Chris and myself had Snapper cooked to perfection. The fishing on our boat is a team effort so Humberto who is going to be in films also had his picture with our fish! Alongside this picture is the rod and reel that did the damage!

In all another fantastic day out from Crocodile Bay, Tomorrow is another day and today the offshore boats had a ball with the Sailfish, that’s what we will be doing tomorrow. 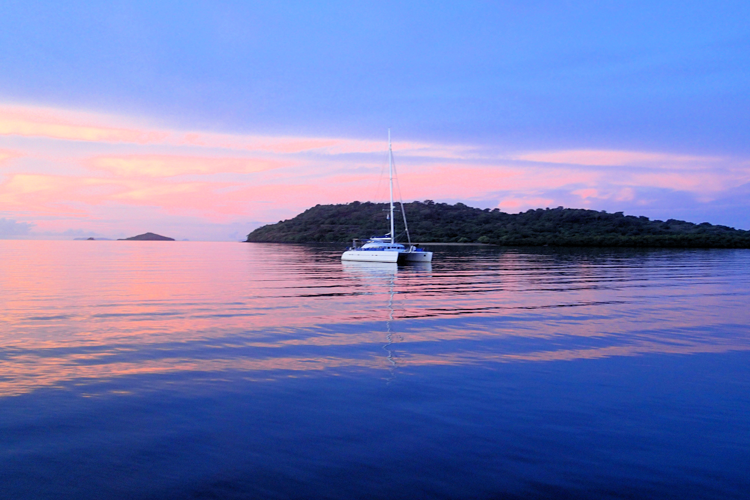