For the first time on Farquhar this season we experienced late afternoon showers with patchy light for most of the week. The tides this week started off with neaps and built up to new moon spring tides with the low tides early to mid-morning.

This week 19 GTs were landed, the largest measuring 97cm. It turned out to be a week of firsts with father and son team of Bill and David landing 2 fish each – David’s two fish were his first ever GTs landed on fly. Finnish angler Pentii also landed his first GT while the other father and son team of David and Alexander also caught their first GTs. Well done guys! Anglers Ryan and Mike from the UK landed 3 great GTs each whilst David from the US also managed to land 4 GTs. An encouraging sign this week was the impressive Bluefin Trevally fishing, several large fish were landed by Amaryllis, Pentii and Mike this week, well done guys. 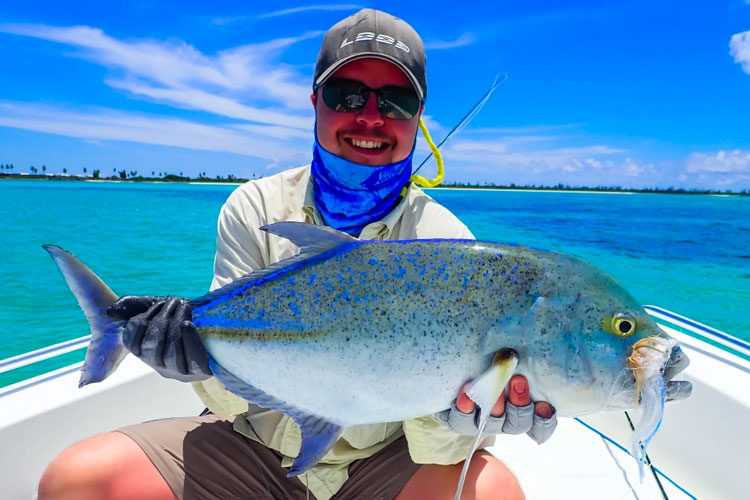 Loads of Bumphead Parrotfish were seen this week with several that were hooked but unfortunately none were landed. 10 Triggers were hooked with 2 landed – one early in the week by angler Ryan and the second landed on the last day by angler Charlie. 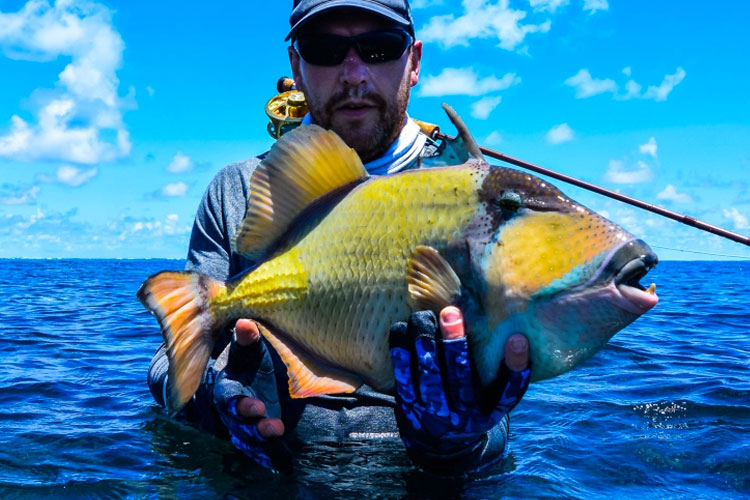 On the species front we enjoyed excellent fishing with several Napoleon Wrasse, Bohar Snapper, Marbled Grouper and Camouflage Grouper landed. A special mention for Alexander who landed an 80cm Golden Trevally as well as a 75cm Bonefish, Well done Alexander! 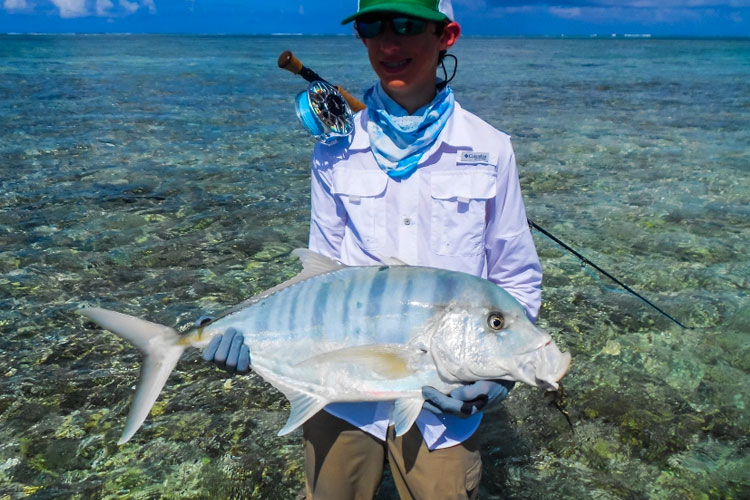 All in all our guests experienced a very enjoyable week on the flats of Farquhar.