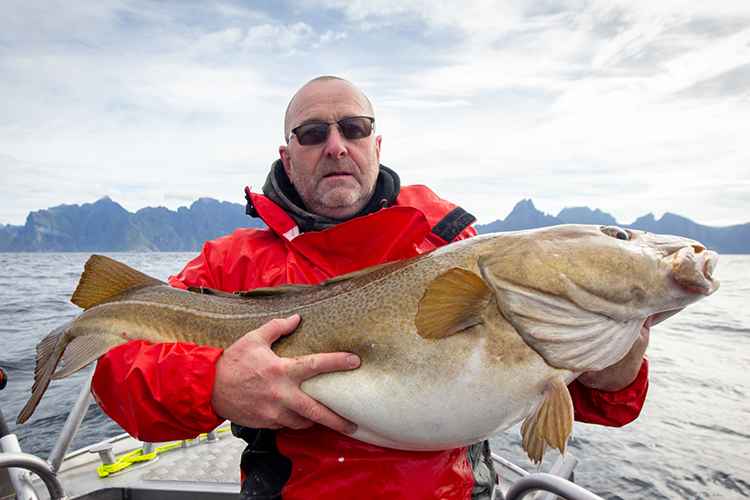 Over the last few weeks we have had lots of really keen groups travel to Norway and some days the weather had hampered their progress but when you have looked forward to something for such a long time what is a bit of wind and rain, it certainly didn’t stop these groups from fishing.

This week we have got a large group of guys who travel with Sportquest on a regular basis fishing at Å on the Lofoten Islands and it looks like they are finding the fish. The whole group are not fixated on one species and love to target lots so here is their report from the first half of the week:

Å on the Lofoten Islands is still producing the goods

The last two weeks we have struggled with bad weather. Strong winds in combination with new moon (strong current) have made us limited in our fishing. Despite this, we have got a lot of nice fish. Last week we had a bunch of lovely Norwegians in the guide boat and the atmosphere was great. The first day, the youngest man, Marius, managed to hook a really nice halibut that measured 160cm – congratulations. Marius also managed to get a real magnificent wolffish of 7.3 kilos. In the days that followed, several fine halibut were caught in perfect food size. The gang tried to spin fish for halibut and for a short period four landed. When conditions are tough, adapt and overcome. Never be afraid to try new methods or new strategies. Thanks for a great week, really great bunch! Forsa Ski Sea Fishing Club!

This week we have a bunch of veterans from the UK visiting. Despite strong winds and rain showers, the fishing has been really good. On the first day, several large cod and some fine halibut were caught. The next day began with Gary landing a 122 centimeter halibut in boat number 2, after which it died off and the fish shone with its absence. The guide boat then pulled to a nearby sandy bay where they completely scooped up fine plaice. During their plaice race, halibut fishing started and Gary continued to dominate and caught three halibut with 133 centimeters at the top.

On the way home from the fishing place we were met by a large family of killer whales who were in full swing hunting herring. It sparkled in the water from all the mountains and the killer whales offered a real show. Magical experience.

The weather still looks harsh but next week’s guests seem to come with nicer weather. That we look forward to.

What a great start for our guys this week, lets hope the last few days they really go out for the big Halibut. As you will be aware Å is our most popular destination and spaces for the 2021 season are non-existent, however, we have now released all our 2022 dates which are now starting to fill up. If you would like a chat with us about what we can offer you then feel free to call us on 01603 407596