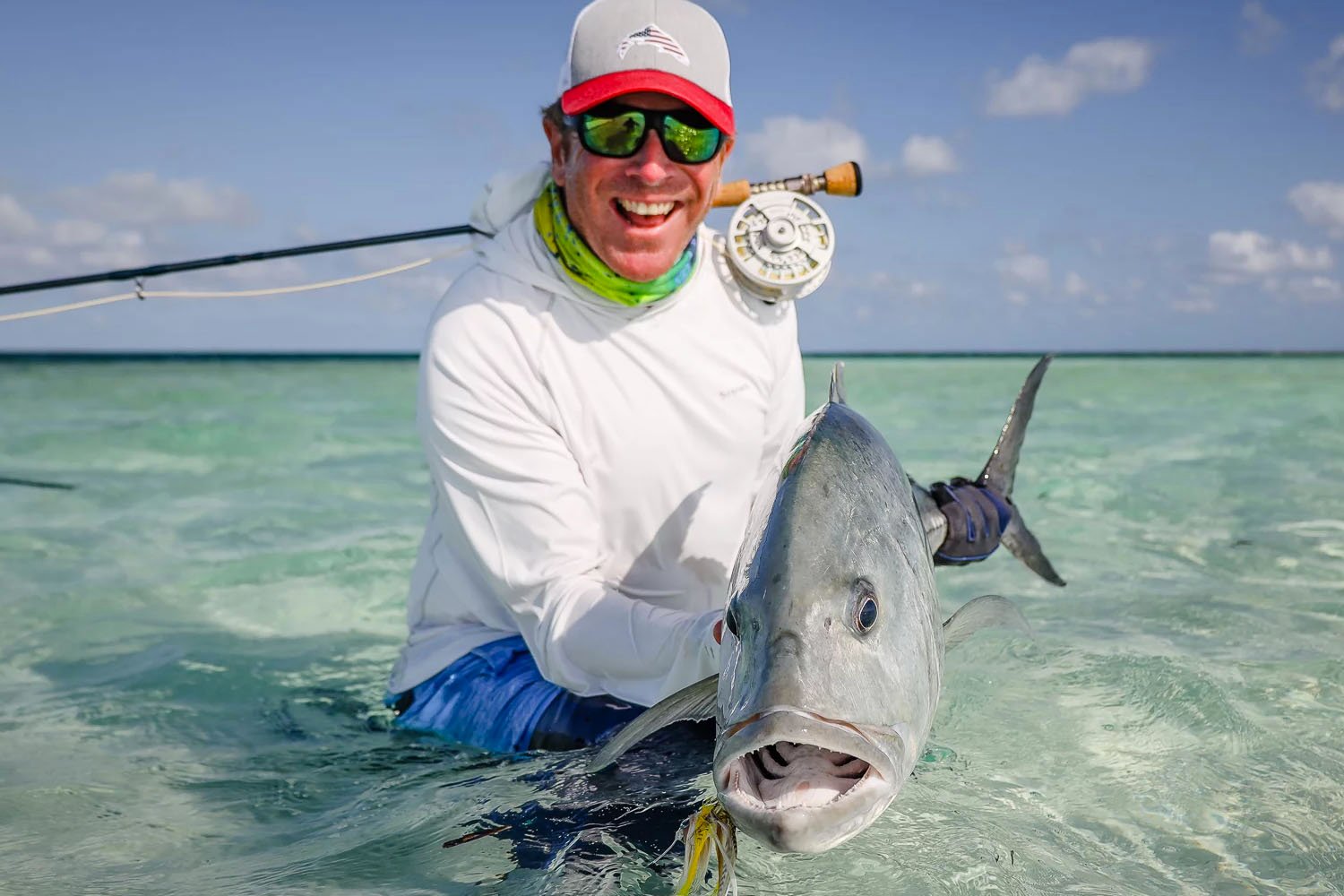 A fun-filled second week here on Cosmoledo Atoll, with a very active bunch of returning guests. The week started off with multiple surf walks and ended with some very big GTs being seen once the neap tides arrived. The weather also played its part with the wind dropping off and sunny skies.

On the GT front, the size of the fish was well above average at around 90 cm, with Saif catching the fish of the week, measuring a lovely 96 cm. Saif also managed a second Giant Trevally of 90 cm on the last day. Ed arrived with the hope of getting vengeance on a GT lost a few years back, and he won his battle on the first day and one-upped himself by catching a second lovely fish of 88 cm. David and Bill also managed to land their personal best GTs this week with David’s measuring 76 cm and Bill’s at 93 cm.

A good few Bonefish were landed this week with David taking the ‘Bonefish King of the Week’ title by catching five extra-large Cosmoledo Bones. Matt and David took the ‘Miscellaneous Fish of the Week’ award catching a massive African Marble Grouper and Saddleback Grouper on the flats. John kept his slam streak going from Alphonse and managed to land himself another awesome flats slam consisting of a GT, Bonefish and Triggerfish.

An awesome second week here on Cosmoledo with a lovely bunch of guests and familiar faces, although the fishing was tougher than usual a great week was had by all.