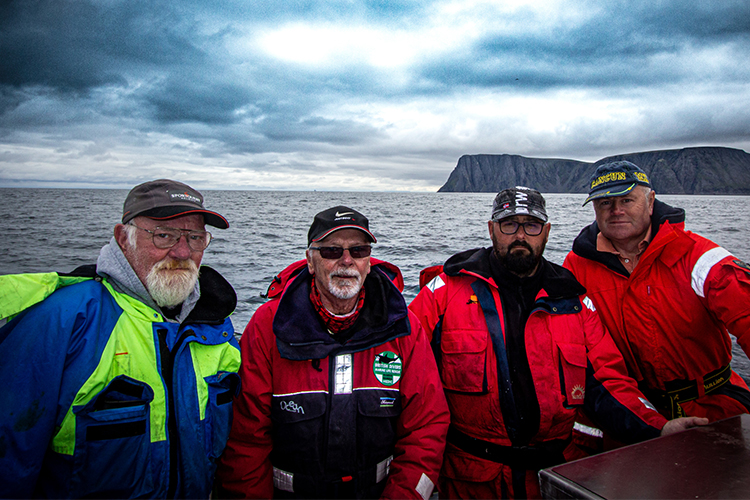 It’s so nice to finally be able to get many people over to Norway, it hasn’t been as easy as normal but with lots of hard work from our admin team, we have managed to sort the flights and get people on their fishing adventures.

This group have just enjoyed an awesome weeks fishing on our fully hosted Havoysund holiday that has been taking place every August for the last 10 years. This group got to experience some fantastic fishing, great weather and great company. I will hand you over to Nordic Sea Angling guide, Douglas’s report:

During Monday’s fishing, we had another struggle with strong winds, we headed west towards the wind until we ended up on the sheltered side of a large island that holds many nice areas. However, the fishing was slow throughout the morning for all the boats and after lunch, towards the low tide, I got tired and said that we would go out in the strong wind and quite big waves to knock on a really big fish area, it felt like the only right to save the sluggish day. It did not take long at the new spit before the Dutch in boat 3 loses a pretty good fish, very sad but everyone got the buzz right away. Around 15:00 a little over an hour after the low tide we would put one last drift, the guys in the guide boat had switched off and been happy, Nathan who was half asleep thought it was a good idea that I should fish with his rod so I gave my best into the last moments when we slide out towards the last drop off of the day I thought I would lower the baitfish one last time to the bottom before we were going to leave, and I just cranked it up a couple of cranks before it stopped and I finally hooked a good fish! I desperately tried to get one of the guests to take the rod, but everyone agreed and thought I should pry up the fish. There was a good weight in the rod and the fish fought really hard in the messy waves and winds, but after a while, we were able to land the fish that saved the day at a nice 153 centimetres.

Tuesday promised much better weather, we had planned for the long trip and left at 05:00 in the morning, I steered the boat for the Dutch and Ulfe had to jump in and steer the guide boat. The plan was to go to an area known for lots of Halibut but some good ones as well. All boats were at the party and we had built up expectations quite hard… But as expected, it would turn out that the fishing was just as crazy as we told for the guests, already on the first run we pulled 3 fish in my boat and then also a really good one of 151 centimetres! in addition to that, we also lost two really nice fish… all this on the first drift of the day while the other boats also had full action.

Yes, the fishing in this place is something from another world and it is difficult to describe in words how much fish there is actually there. But in the middle of the bonanza, Ulfe shouts in the VHF that they hooked in a REALLY big fish, Jason in the guide boat had, as they initially thought, hooked in the fish of his life and he stood and played the fish really well. Ulfe got the big fish on the sonar several times, but every time the fish came up a little from the bottom, it disappeared again, it was something that was not quite right and there were no head shakes in the rod… After 30 minutes of hard work and great excitement, still without getting the fish any closer to the surface, so it came loose unfortunately and when Jason cranked up the rig to the surface, the baitfish were still left on the rig completely without tear marks, hmm what probably most likely happened is that Jason managed to hook a real monster flounder in the back, and yes then it was 110 % impossible to lift it. The fishing continued to be good during the day and when we went home we could sum up a really good amount of fishing with top fish in the 150-centimetre class.

Now I have just recharged the batteries for a new week and today I have run the first session of the week, I can only say that this week has started with a really magical Halibut fishing in the normal morning! more about that in the next report.

Douglas, that spot is crazy and should any of you reading this want to go out there make sure you speak with Douglas when you arrive at Havoysund as they tend to only go out there in convoy.