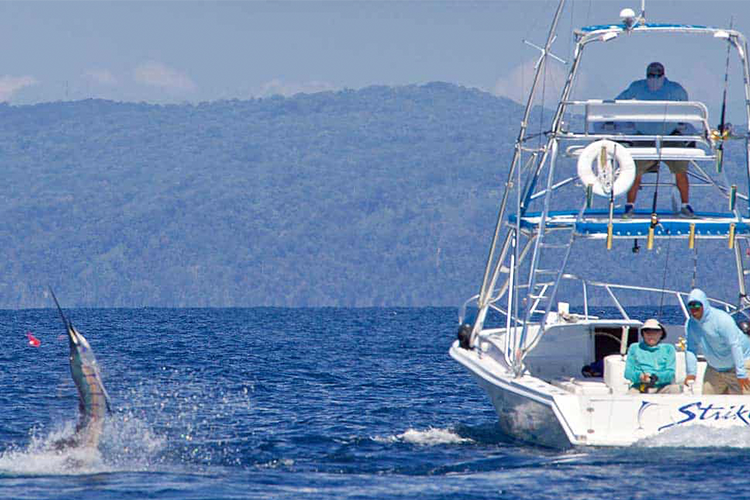 What a fantastic week its been out on the waters of Crocodile Bay, its making us more than jealous seeing all the fantastic fish caught. We will now hand you over to the head guide for his rundown of the week-

January 2021 ended with a beautiful full “Wolf Moon”, and although you would be hard-pressed to find a Wolf in Costa Rica, the friendly neighbourhood Howler Monkeys let anglers know when it was time to rise and shine and head to the boats every morning.

The weather settled into more of our “summer” or dry season conditions with calm seas and clear skies.

The Marlin have been the big surprise to begin 2021, as they usually thin out this time of year when larger number of Sailfish move in. But the Marlin have been biting all month and continue to do so. As the water temp warms a degree or two we will see more sails, although in January a few double-digit Sailfish days were had during the month. The Dorado have not been plentiful, but flurries have passed through with some reaching as large as 40 lbs.

Our Yellowfin Tuna have been consistent, with fish as large as 100 to 150 lbs sending folks to the spa to work out the muscle cramps afterwards. After which, the magic our chef will do wonders with a piece of fresh Tuna.

Inshore fishing improved in January with a larger number of Roosterfish and Snapper being caught and released around the volcanic reefs. Quite a few African Pompano also made an appearance. Bottom fishing normally improves in February and March, for species such as Grouper, Congria, Tilefish and a few Barrelfish. February through April is also when we see most of our surprise Tarpon that have shown up in the Pacific over the years through the Panama canal.

For more information on all our Crocodile Bay destinations make sure to take a look at the dedicated tour pages. If you have any questions regarding any of our Big Game fishing tours, get in touch with us at 01603 407596 and one of our dedicated professionals will help you with your query.