This week we enjoyed generally calm conditions throughout the week, with bluebird skies and very little wind. Visibility was good and the days heated up quickly. On the last day of fishing, we did however, experience a morning squall but it passed by 9:30 am and it was back to fishing as usual shortly after. Early on during the week we had neap tides with early morning lows, whilst towards the end of the week we experienced midday lows as we moved into spring tides.

14 GTs were landed this week out of the 36 fish we hooked. Angler Brian landed the largest fish with a specimen of 92cm, he also landed the most with a tally of 4 to his name. 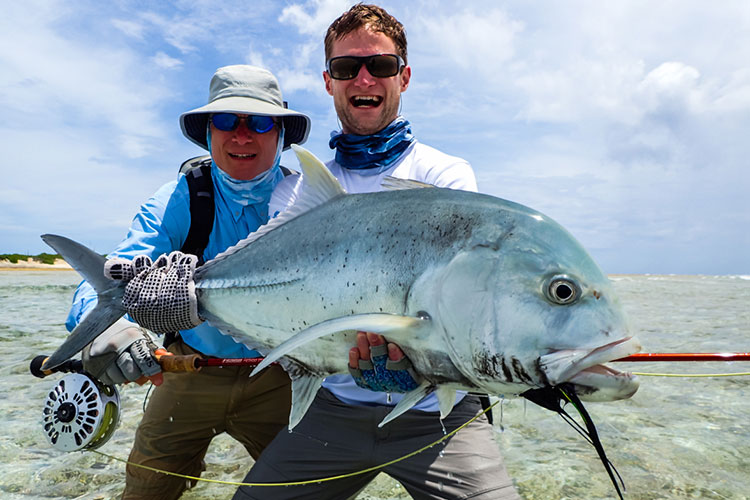 Brothers Wes and George landed their first GTs, whilst Mike completed a Slam with a GT, a Trigger and a Bonefish all successfully landed in the same day. 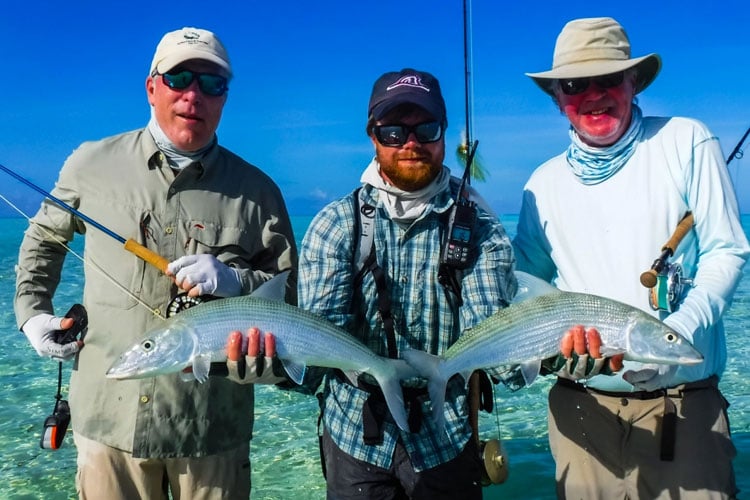 The Bonefish fishing this week was great with all anglers landing multiple Bones. Large schools of fish were seen cruising the flats with one school of up to 2000 fish seen! Anglers Brian, Gary, Geoffrey, Joe and George all landed Bonefish over 60cm with the largest measuring just under 70cm. 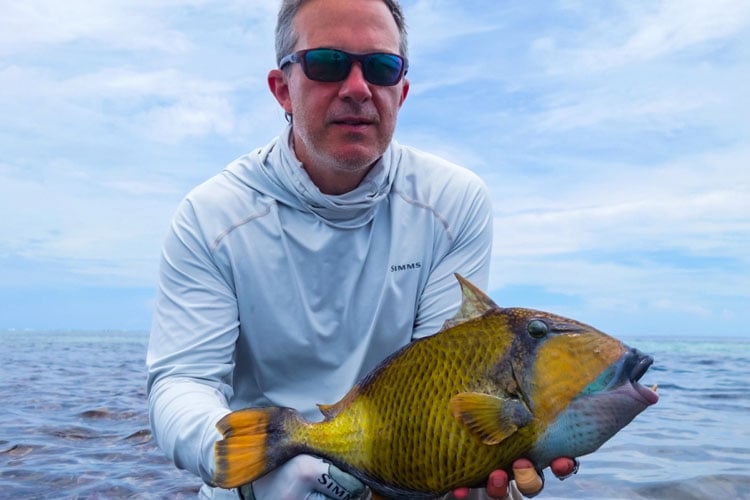 Our species fishing was great! 3 Triggerfish were brought to hand this week out of the 12 we hooked, and despite us hooking 5 Bumpies sadly none were landed. Anthony landed a Napoleon Wrasse whilst Alex landed a very special Farquhar Permit. Congratulations! 4 Dogtooth tuna were landed (the biggest 20kg), several Rainbow Runners as well as Grouper up to 81cm. Out of the ordinary Jonathan also managed to land a 9 foot Nurse Shark after it ate his grouper!

All in all a really enjoyable week and a solid start to the season. It’s clear there is some really good fish present and we are excited for the season ahead.