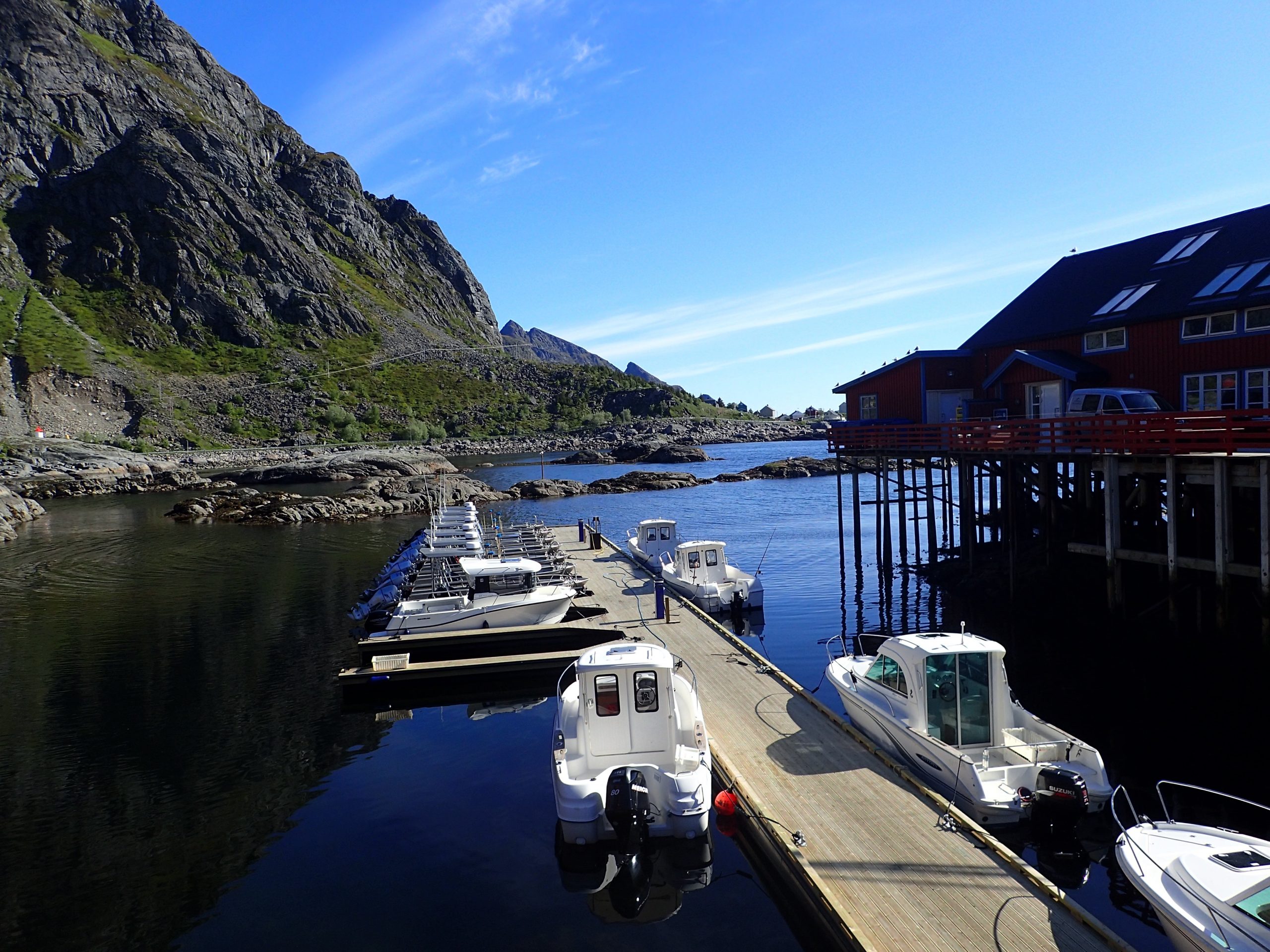 First Giant Halibut Of The 2020 Season

Sorry but we had to post it, it was too big to ignore. The very first Giant Halibut has just been landed at Å on the Lofoten Islands, this group absolutely smashed it with many other super big Halibut in the same week. This is why we always plan our hosted Å trip on this week each year as to when those Mackerel turn up along comes the big ones!

I will hand you over to André & Alex for this weeks report:

The sea here outside Å has occasionally boiled with Mackerel during the latter part of June.

When the mackerel has arrived then we know that the real giants are not far behind!

As you know, we have extremely few guests at the camp thanks to Corona. But this week we have 5 loaded Danes who came to us on Thursday night.

It is a group that has fished in Norway many times and in many different places, but never here on Å. They all came here in search of a really large Halibut. During Thursday night, they obviously received a review of everything essential and got to know of fishing places and conditions. The weather seemed to be pretty tough but both I and Alex were convinced and told the gang that this week there will be at least one really big fish.

Said and done, they got in place and already on the first day Michael manages a huge Halibut of 196 cm and a little later Jian got his first Halibut, 176 cm! It’s not a bad first Halibut, congratulations!

Fishing continued really well for the gang, which landed quantities of fine fish with, among other things, another fish over 150 cm. But on Monday came the real Giant! Christian, who fished more in Norway than most, finally got to step over the dream limit 2 meters! He landed the first giant of the year at a whopping 212 cm estimated 300lb+, really good job! After a short photoshoot, this super fish obviously got to swim home again. Just like most of the fish the gang has caught during the week.

But it would not end here, almost when Christian gets his monster, Troels in the other boat also hooks on a really big fish. Unfortunately, this fish gets lost at the top of the boat, but Mads and Troels estimate that it was at least 2 meters too! Really sad that it got off but that’s how it goes sometimes!

The gang has therefore during 4 fishing days despite some tough weather sometimes, landed 5 of 152, 158, 176, 196 and 212 cm in just five men. It says something about how good the fishing for big halibut is actually up here! It should be added that they only picked up 4 smaller fish which they retained as food. Everyone else swims on!

Our happy Danes now have only one fishing day left before they go home on Thursday. Today the wind has been far too strong to be able to fish, but tomorrow they are at it again. We’ll see how it goes!

A massive congratulations Christian from all of us at Sportquest Holidays, a little jealous, but very well done.

Like I mentioned above, we run our summer fully hosted trip to Å on the Lofoten islands each year on this week as it is prime time for the real big ones. We have a very rare opportunity to join me, due to a cancellation, next year this week. It will be given to the first person who calls. You can call us on 01603 407596 or send me an email info@sportquestholidays.com Tight lines, stay Safe
Paul