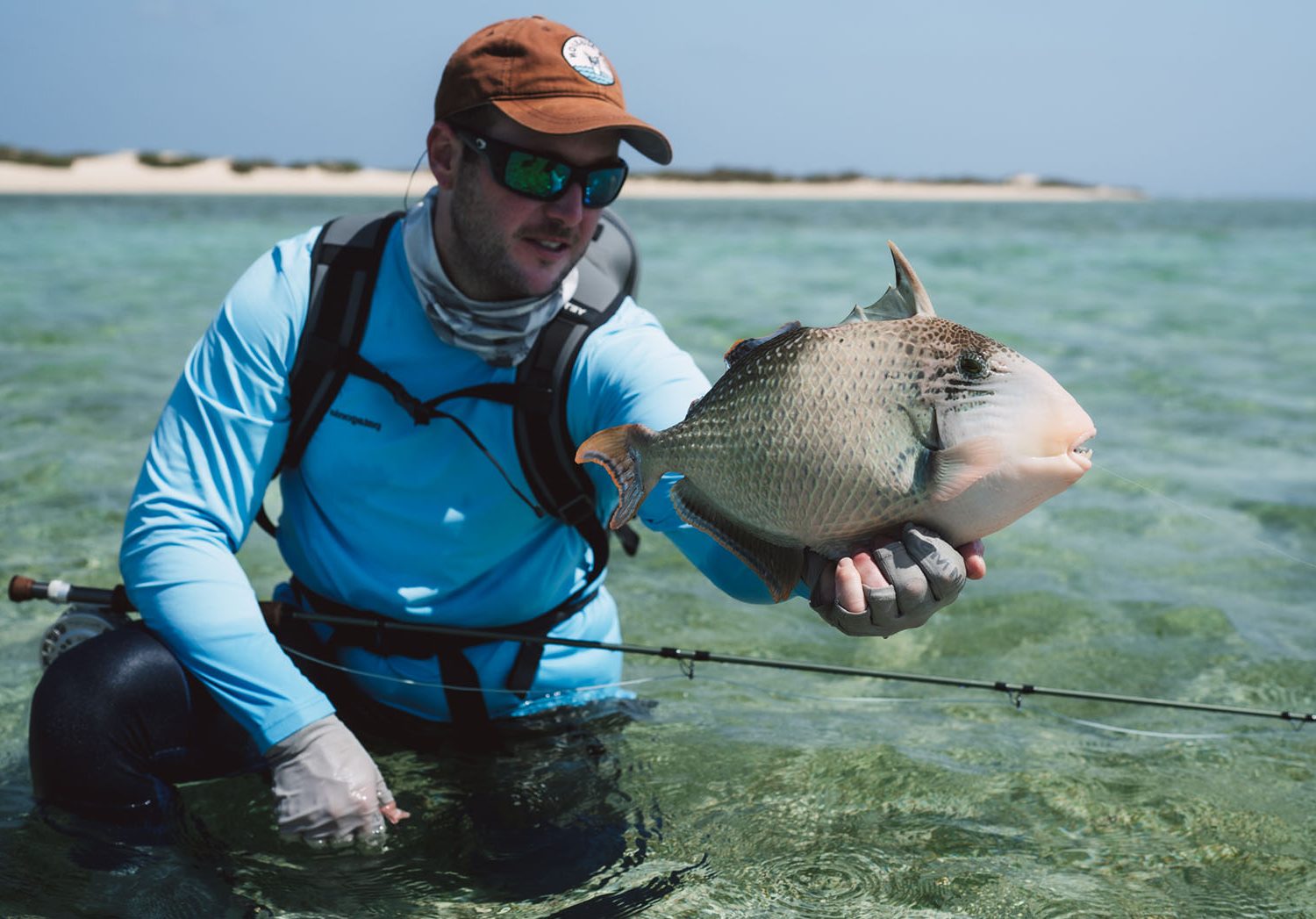 The 2022 Sudan Nubian Flats fishing season is here and in full swing. The first group of the season was a whole six-pack of South Africans. However, upon arrival in Khartoum, they realised two significant bags had not found their way, and they decided to delay the trip south by a day and instead make a short trip north while they waited for the bags.

As we headed north, we hit big winds, which made fishing on the flats difficult as visibility was poor and being able to put in a cast was almost impossible. However, despite the conditions, the guys managed to get a Trigger, Bohar Snapper, and a Spanish mackerel.

We headed back to port to find that the bags had arrived, which meant we could get the south trip underway-we set off immediately. Waking up with an island in front of the boat and no one else in sight is something special, crystal clear blue water with white sand flats full of marine life. The guys were buzzing with excitement, and within no time, we had the pangas loaded and were on the flats.

The first day on the flats saw great numbers of yellow margin and Titan Triggerfish tailing and eager to eat. The guys had great fishing with large numbers of Triggers being landed. The GTs showed their presence fairly often with some outstanding sight fishing opportunities for some big fish. Being ready was the trick as they didn’t hang around for long. Teasing the flats’ outer reef, we had shots at some really big fish, but the sharp coral and deep drop-offs made it tricky to get them out.

The following few days saw similar results, many Triggerfish and GTs in between, along with a small but very special Permit. The spinning guys had great success catching a huge variety of species, mainly Bluefin, Bohar, Grouper, Barracuda, and GTs, with the biggest being 120cm+.

Sudan is truly a wild and remote place filled with opportunities to catch the fish of a lifetime at any moment, and it’s an addiction that keeps any angler and guides focused for that moment.

Unfortunately, after a suitable lull in the wind the last two days, it caused havoc and made it unfishable with rough seas and minimal shelter, we slowly headed back to port. All in all, the guys had a great trip, catching good numbers and quality sized fish.

If you would like to know more information about the amazing mixed saltwater fishing on offer, read our full tour page for the Nubian Flats in Sudan. Alternatively, you can contact our freshwater fly fishing expert Peter Collingsworth on 01603 407 596 or email at peter@sportquestholidays.com.