This week saw us heading into full moon spring tides which, together with the current volume of fish around on the flats and the arrival of our new guests from Norway had us feeling excited to see what the week would deliver! Unfortunately, we did have some trying weather conditions with squalls and wind affecting a few of the days. 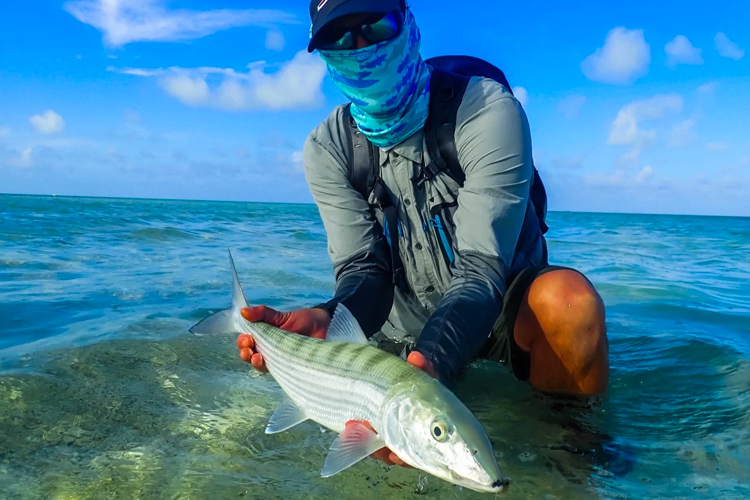 The Bonefishing was solid this week, with all the guests managing to get some really nice fish to hand. We experienced some nice skinny water fishing to singles and doubles, as well as large shoals of fish once the tide flooding in. Well done to Vidar and Ole for both managing to land fish of 8lbs, really great looking fish! 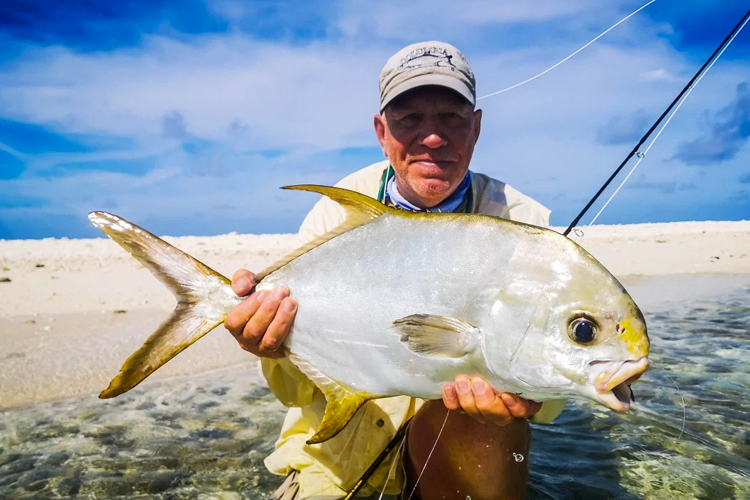 The Permit fishing sadly proved to be bit tough this week, with us not seeing as many fish on the flats as we had hoped. In saying that all the guests still managed to get a decent amount of shots throughout the trip. We were however treated to one very special moment and it happened in the dying moments of the week. With only 2 hours of fishing time left to go Ole made at least 30 shots at a tailing fish along the beach of a small island. After countless rejections, refusals, whatever you want to call them, the fish switched on and tailed hard on the fly and he was on! After a nerve-racking fight, including some scary final bursts from the fish we had it…a gorgeous 10.5lb Indo Pacific Permit! Congrats Ole…. a special moment for sure! 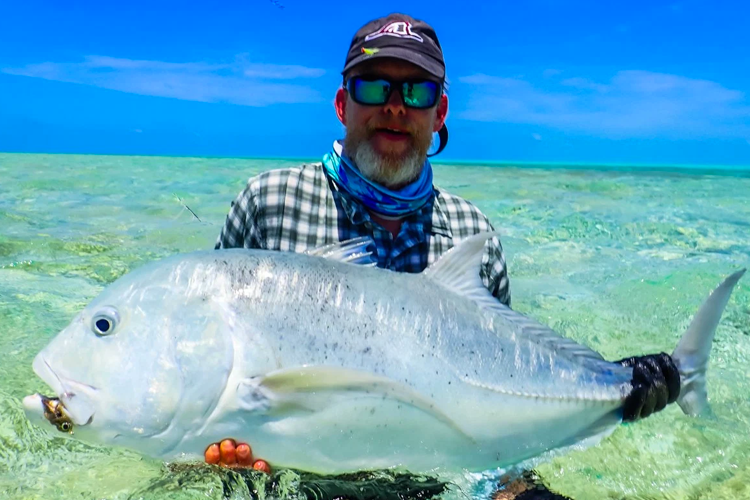 The Trevally were around in good numbers (there is a large number of goatfish around the atoll at present) and we had some great shots at both Bluefin and Giant Trevally. Well done to Bjorn for managing to get five Bluefin to hand in a day, all of these electric blue fish measuring between 65-75cm which is a very credible size on this much-underrated flats fishing species. Jan who had never fished the Indian Ocean before had an unforgettable moment when on one of the sessions he saw a menacing dark blue shape. Sensing the urgency of the situation he ran ahead of it and made the cast. The fish followed, tracking the fly until about a meter away from the rod tip and then eventually surged forward and ate the fly. The set was good and the fish powered away, eating deep into the backing before it tired enough to begin the tug of war. Eventually, she turned broadside and we had her, all 110cm of her! A wonderful fish GT for Jan. 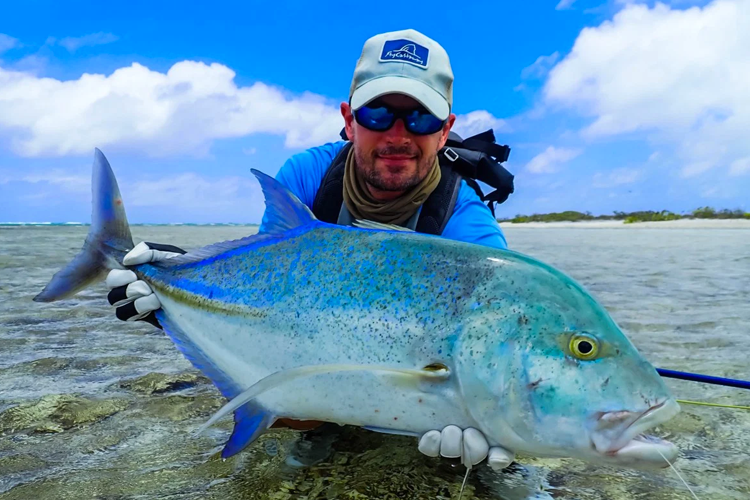 Despite the tricky weather conditions our guests still managed to get some really great fish to hand and had opportunities at an array of different species. We thoroughly enjoyed sharing the fishery with them together and hope to see them again soon for some revenge on those “lucky” fish that got away.

Another fantastic week in Nappstraumen for the anglers there this week. This week saw a mixture of both lure and bait fishing with both methods producing some remarkable Halibut up to 181cm! Nappstraumen Fishing Report...
Read More >
Amazon Basin Fishing Report, 9th October 2021