Week 2 of the St Brandon season began with our group experiencing calm conditions and great sunlight which complimented the flats fishing. The atoll lived up to its reputation with a number of special catches coming to hand throughout the duration of the week.

We experienced impressive Bonefishing this week from a numbers perspective, loads of fish were landed with the average being 5lbs. Several larger fish were landed with a few giants getting the better of us! The notable Bonefish catches were completed by Landis, Nate and Dave who all caught large 8lb fish, however, the largest of the week was landed by Joe and Mike who both managed to get solid 8.5lb fish to hand. This is a wonderful and promising sign for the weeks to come as we started to see good numbers of larger fish on the flats. 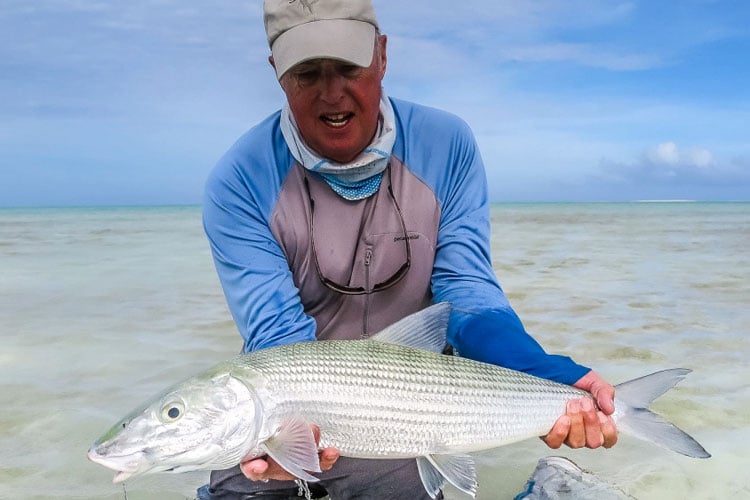 There were once again great numbers of Permit seen on various occasions while we were wading the flats of St Brandon. Our guests enjoyed multiple shots at these finicky fish and managed to land 4 Indo-Pacific Permit in total for the week. Mike fooled his first ever Permit with a spot on backcast late one afternoon; a beautiful specimen of 6lbs. Joe meanwhile enjoyed a fantastic week on the Permit front and landed 3; a 4lb, a 6lb and eventually topping it off with a trophy 11lb fish. 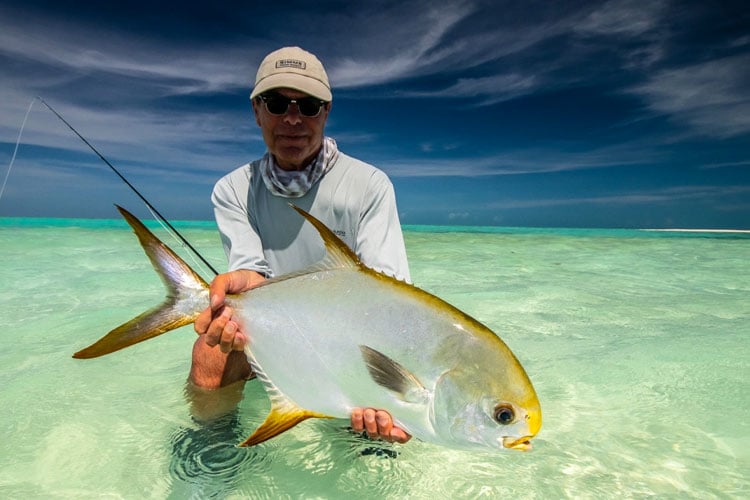 The warmer conditions meant that several large Giant Trevally were encountered on the flats this week. Some of our guests had great shots at GTs, however, these fish showed us why they can be so tough to land with only one GT hooked and sadly lost when it ran through a coral garden, resulting in a broken fly line! The big Bluefin Trevally were seen in large numbers this week, especially along the eastern coral edge of the atoll. We managed to get 3 of these beautiful fish to hand with Joe continuing his impressive streak by landing a fish of 65cm and another beast of a fish measuring 78cm! 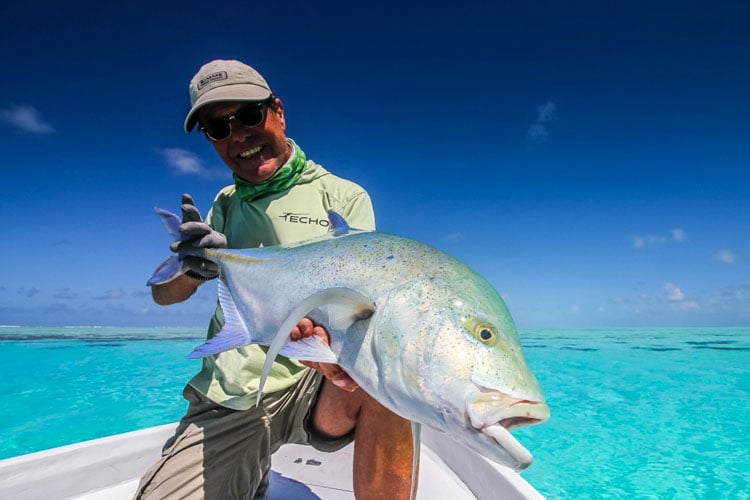 This brought an end to another stunning week on St Brandon’s Atoll with all of our guests experiencing what makes this atoll so special. We look forward to what next week has in store for us.