Our third week of the St Brandon 2019 season began with heavy wind for the first couple days. This happened to compliment the fishing as loads of cold water was pushed onto the flats. The weather improved substantially as the week progressed and thus made the fishing conditions ideal with morning low tides providing our guests with shots at large Bones in super skinny water. A solid 5 – 6lbs average was enjoyed during the week with impressive numbers of fish landed in total. Charlie and Brandon both landed 7.5lb Bones while Christian, Johnny, Charlie, Mike and Brandon all managed to land impressive 8lb Bones during the course of their week on the flats. 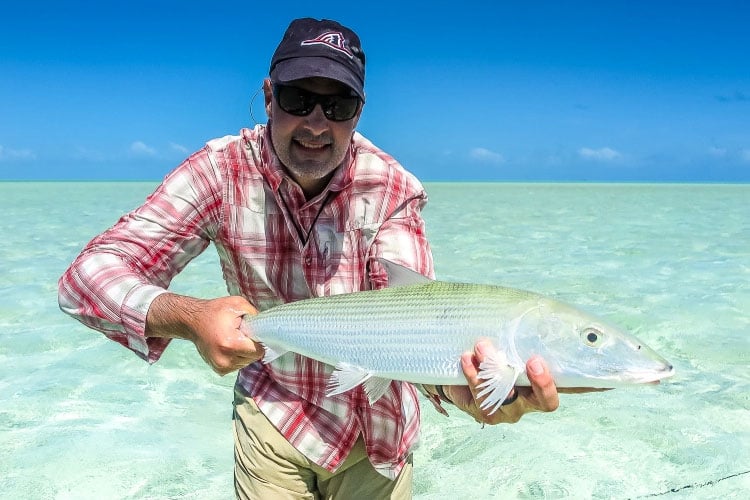 The Permit fishing this week proved to be tricky. We encountered several fish and had shots at most of them, however the Permit weren’t in a particularly forgiving mood. We were able to hook 2 Permit this week but unfortunately lost both fish. 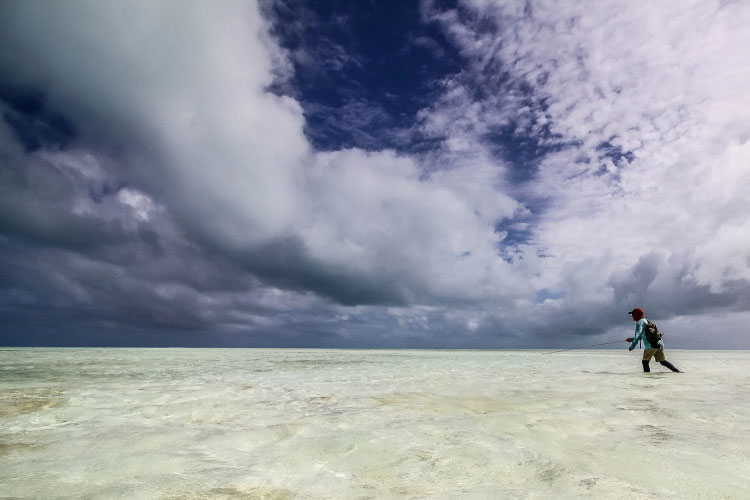 We encountered a fair number of the various Trevally species that call St Brandon Atoll home. Our guests had numerous shots at GTs, Bluefin and Golden Trevally daily. By the end of the week, we had managed to hook 4 GTs and land just 1. The GT that did come to hand was found in textbook St Brandons fashion while it cruised on the back of a stingray, on a coral flat in the east of the atoll. Johnny and his guide ran up to get ahead of the fish and once they were in position they waited for the fish to move towards them. The first cast was short, Johnny stripped up quickly to send another one out, this time the cast was on the money. As he started stripping the fish showed interest and on his third strip the fish shot forward and engulfed the fly. It then proceeded to tear off towards the horizon taking an unbelievable amount of backing. After a long and intense fight the fish was eventually subdued and Johnny could finally hold his trophy 109cm GT in his arms. After a quick photo-shoot, the fish was sent back with smiles all round. What a fish Johnny, congratulations! 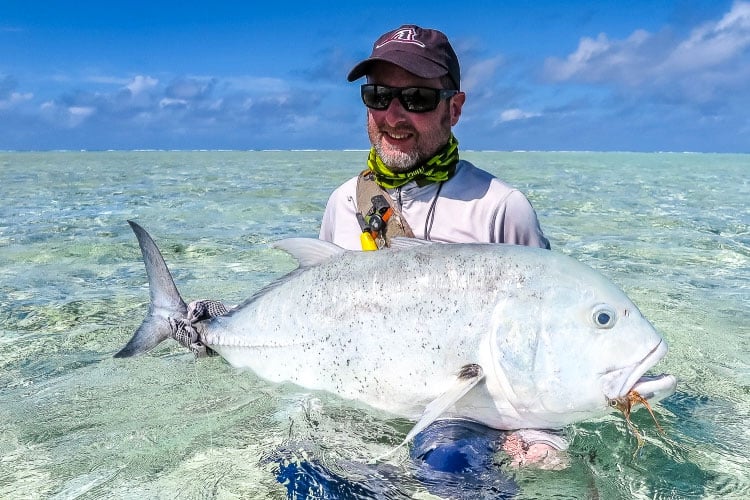 With that, we completed another week on the impressive flats of St Brandon. Our guests were blown away by the quality of the bonefishing they experienced and we were happy to be there to share in on the action. We look forward to what the rest of the season has on the cards for us.