Change is a good thing, and we saw just that as we came to the end of the 2019 season at the Jungle Tarpon Reserve. The annual rains that normally fall throughout the middle months of the season hadn’t come, and hot sunny days meant the river was starting to get really low. The first major event was bait related. Schools of small “sardinas” in the millions came migrating down the river, and right on their heels in all the feeding stations were serious groups of hungry Tarpon. It got so intense that even our veteran guide noted he had never seen such crazy numbers of bait in all his years fishing the river.

The feeding was explosive as groups of Tarpon working together in formation busted through the shimmering mass. But no matter how we presented flies they couldn’t see the fly. Big, small, dark, light… it was impossible in the wall of silver. One has to ask is this a good problem or a bad problem, and often times in the couple weeks we had this event we had to find areas with less bait in order to have a better chance at dropping a fly in front of a hungry fish. 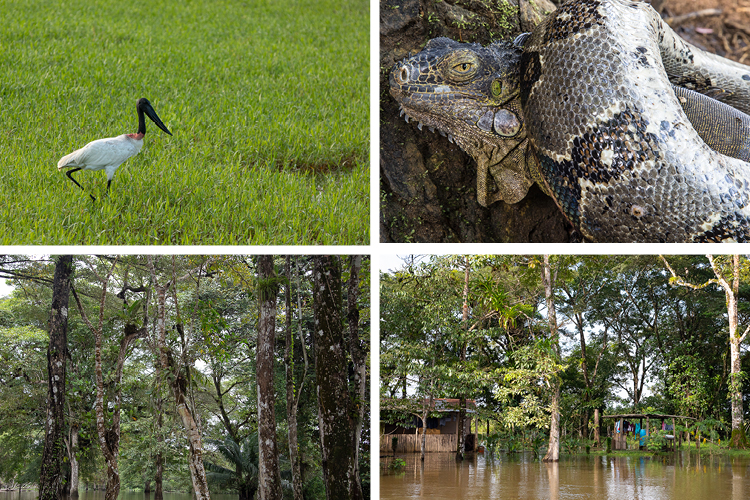 The wildlife and nature in Costa Rica is unbeatable

But soon the unseasonable dry weather caused O2 levels to drop a bit and water temperatures to increase. Fish continued to roll and feed, but there was a notable drop in activity. We knew this stalling out was only a mini-trend within what’s become a very unpredictable cycle of precipitation throughout the rainy season, and we anxiously anticipated what would surely come. Suddenly in November, the river started to rise again, and it didn’t stop. The waters rose and rose, and with the flood came huge numbers of Tarpon of every size. As in every major water event, fresh Tarpon migrate up from the sea to explore the inland lagoons and feed on the many species of baitfish that flourish in the system.

The river reached levels we hadn’t seen since Hurricane Otto brought its devastating rain and wind a few years back, and with these huge levels the push of Tarpon was pretty awesome. As one can imagine, the end of the season didn’t disappoint, and while Tarpon fishing is never an “easy” pursuit many of the groups experienced large numbers of adult fish eager to eat a fly in both the river and lagoons. The culmination came the last few weeks as conditions and feeding activity got better and better, and the last week of the season closed with a bang – over 25 jumped fish between 3 anglers with many more eats and several beautiful adult Tarpon brought to hand for a release. 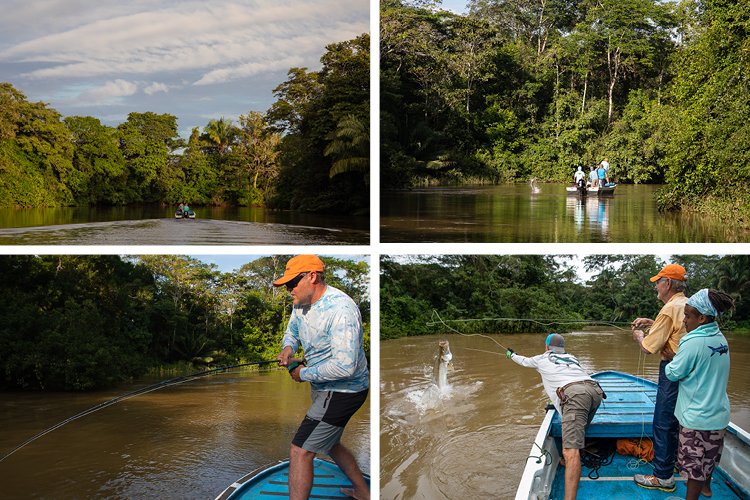 We continue to find ways to engage with and support our local community. It is after all their resource we are all fighting to protect for future generations of anglers and non-anglers alike. For the second year in a row, we helped support a large lunch and gift-giving event for the ~50 children who live in the poorest part of the village. This celebration brings a lot of joy to kids who may otherwise not have opportunities to celebrate the holiday season, and it was an honour to be a part of it again. 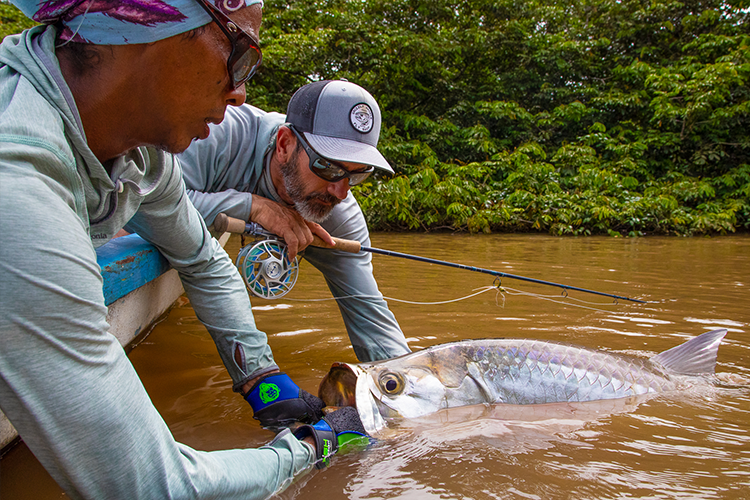 We are also in the process of working on several new educational initiatives, and will hopefully soon be able to speak more about that. Donations came in from several very generous individuals, and we are happy to say that the closest school to our camp has now been able to create a small library with donated books for their school kids to enjoy. We hope these baby steps continue to build opportunity and empower the next generation of stewards to this incredible ecosystem. 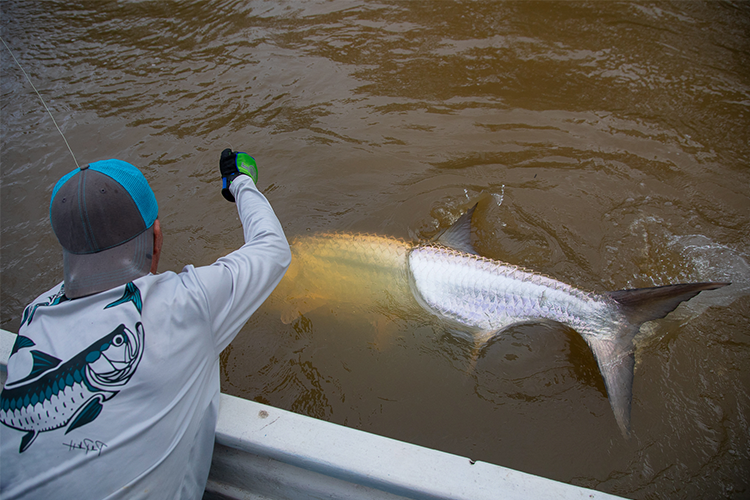 The size of the Tarpon in Costa Rica is unmatched

On a non-fishing note, we had an incredible event take place at JTR this year. Our resident female Jaguar, “Luz”, who we see on our camera traps on a weekly basis, had 2 cubs! We don’t know what the future holds for these new masters of the forest, but considering the plethora of small rainforest mammals, birds, and reptiles that also grace the cameras each week we hope there is enough prey for them to remain within the reserve and become the next generation of swamp Jaguars. Caimans beware!

Luz with her two cubs

We also finally captured several Puma on the traps, which is a first, and many different Ocelots – some with cubs – so overall it was a great year for feline documentation, which we hope is a sure sign that the forest is in a reasonably healthy state.

Tight lines from the team over in Costa Rica!