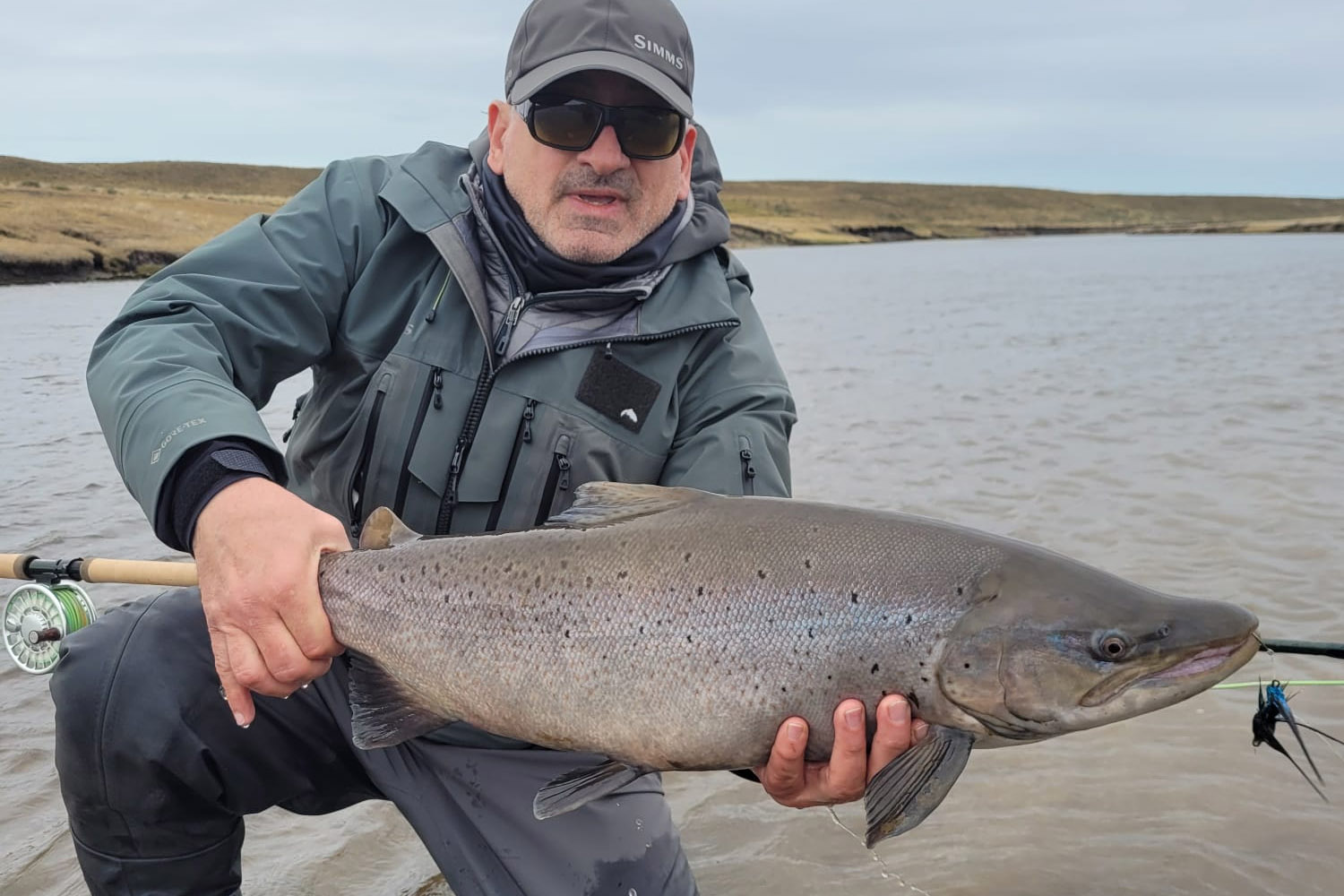 Following the significant rise last week at Kau Tapen, an international group from the USA, UK, Italy, Germany, and France arrived to perfect conditions with dropping and clearing water. A mix of veteran Kau Tapen sea trout anglers and those new to the fishery were eager to see what the river had in store and it did not disappoint! It was clear that we arrived at a very different river from the past week on our first morning and the catch rates sky-rocketed. Slightly off-color water that is still dropping is a perfect mix for anadromous fish and the day’s reports truly showed this. Lionel hooked 7 fish to 15 pounds his first morning, which was the standout for the first day, but there were some great catches all around.

Many of the fish we saw were immaculately fresh, no doubt late runners waiting for a good push of water to bring them into the Rio Grande system. Robert landed two of these his second morning of 16 and 12lbs. The smaller of which still had rosy translucent fins from being in the ocean just days if not hours prior. He finished the day with a 15lber in the same fashion. Many one to three sea winter fish were seen and caught as well and while not the monsters the Rio Grande is famous for, they are a sign of a healthy and thriving fishery. These trout grow about three pounds per year in the ocean, which is quite quickly based on abundant food and no commercial pressure.

Day by day, catch sheets for the fishing report were full or close to it, exhibiting the Rio Grande at its very best. Yet, it was not just the Grande that was fishing well. While we had some great sessions prior in Menendez, this week it truly shined producing not only numbers but some of the largest fish of the week as well. Virgil landed his personal best sea trout here of 18lbs and Robert landed the fish of the week at just under 21lbs among others! This is the biggest Menendez fish of the season so far, but there are still a few weeks left to top it. These fish are just too much fun on a single hand or light switch rod and when you hook one of the giants, the fight is spectacular.

The river started the week dropping from its highest level recorded this season and ended around with a drop of around 20cm. It cleared up significantly from a dark tea colour to almost completely clear and is continuing to drop. Although the water is quite cold, especially in the mornings, this is all great for presenting a fly and both the Grande and Menendez look to be in great shape for the weeks ahead. It is without a doubt fair to say that this was the most prolific week of the season so far, made possible by hard work from the guide team and a fantastic international group of guests! The season has just a few short weeks left and we are relishing in every second of it. Hopefully, the great fishing will continue and happy anglers can hold a few more magnificent sea-trout.

If you would like to learn more about this tour including the latest availability, you can visit the full Kau Tapen tour page here on our website, if however, you would like to discuss this with a member of our fly fishing team, you can contact them via 01603 407596 or by emailing peter@sportquestholidays.com.