In December, we were joined by our annual Japanese group, hosted by our good friend Masaaki. Accompanying them this year was a TV crew from Japan, who had arrived with the group with the sole intent of filming the capture of the full plethora of Gabonese pescatorial giants on offer here at Sette Cama. 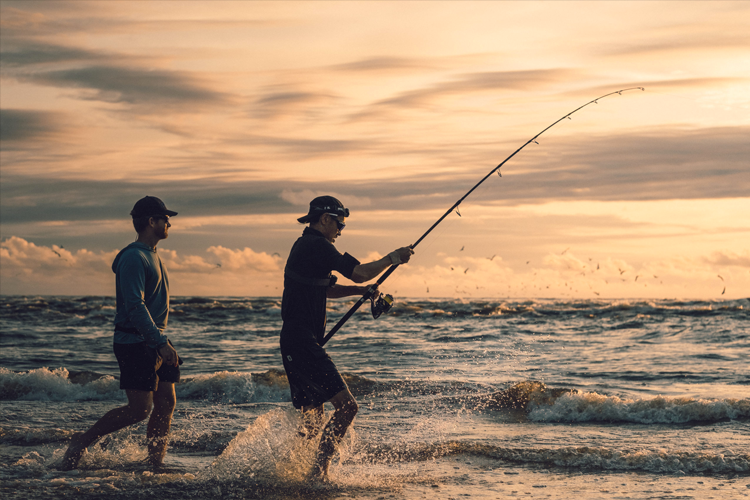 With the monkey well and truly on our backs, our first evening was slower than anticipated, with seemingly only Sandsharks and Zambezis about. This could have been down to tide and time of day not being quite right, but my money was on the small sun that the film crew was seemingly using to light their shots. That had to go. It can’t be understated how important the darkness is to our success here. 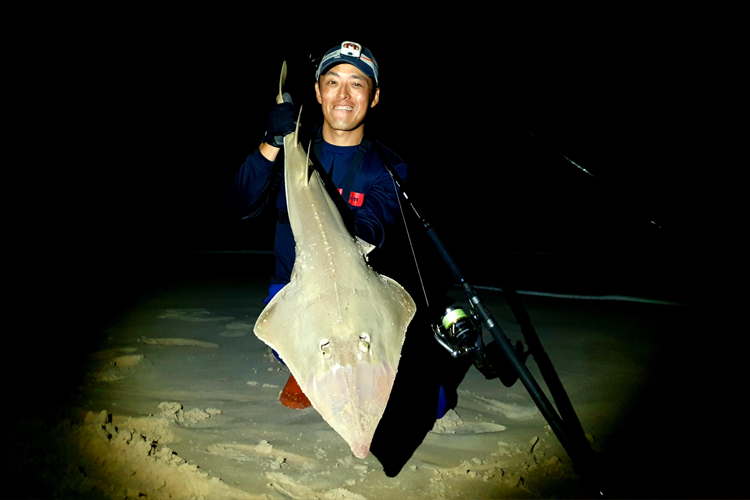 But the fishing really turned on after the stuttering start. Tarpon fever quickly took hold of the group, with hundreds of Tarpon appearing in the estuary every day at the change in light. Conditions were perfect for the silver kings, lots of freshwater flushing out bait, the tides coinciding with the changing of the day, and water temperatures encouraging them to hunt. All we needed to be added to the mix was a bit of luck. 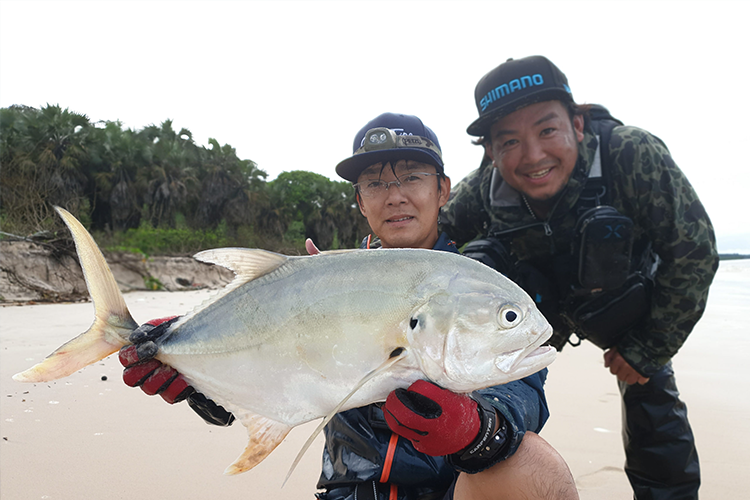 But luck didn’t seem to be on our side when it came to the Tarpon – with almost all members of the group jumping multiple Tarpon, (some, that at a glance appeared well over 100kg) across multiple days, with none being landed. Every Tarpon touched only further increasing our guest’s Tarpon fever. 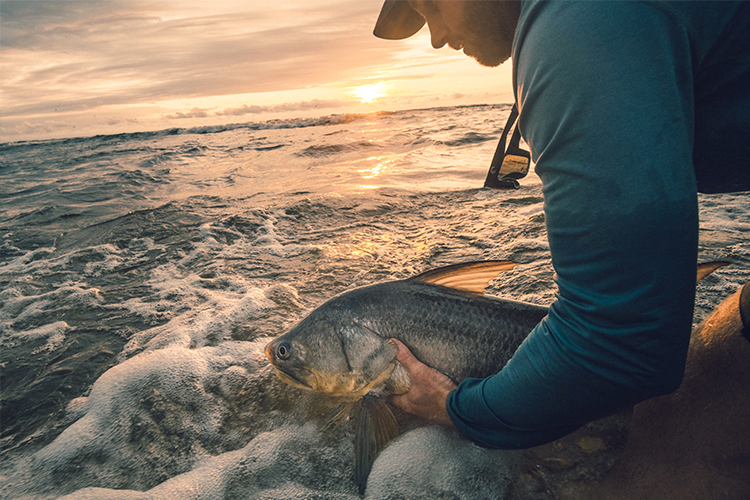 However, with the Tarpon came some fantastic fishing for the other species on offer here. The Threadfin were plentiful, as were the Jacks and Snapper, with a few Kob being peppered throughout our catches. The abundance of fish in the estuary made for fantastic fishing throughout the week, even when efforts were being concentrated on the Silver Kings. 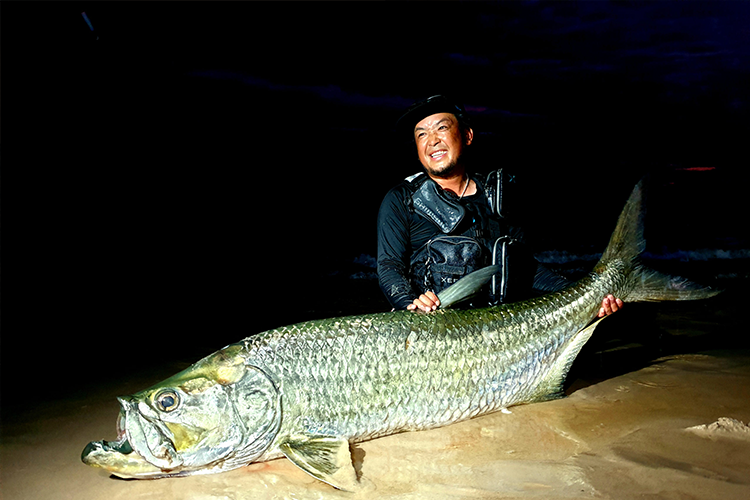 And then on the second to last evening, our luck changed, with Hitoshi landing a beautiful 50kg Tarpon.  A catch made all the more impressive by Hitoshi expertly navigating and dictating the fight through a ferocious current on the North Bank. Much to our relief, the entire fight, from the take to release, was caught on camera. All of us look forward to reliving the fight when the episode is released.

The list of Giant Trevally lures and poppers you can take on a fishing holiday seems endless and very expensive so we have tried to make it a little easier with this bite-size blog on...
Read More >
Jigging, Trolling and Popping! – Andaman fishing report 2021

Its great to see another group of anglers out in the Andamans! We are all so jealous here in the office! Ill pass you over to Akshay from Andaman angler – Jigging, Trolling and Popping!...
Read More >
Stay in Touch
Sign Up To Our Newsletter
Sign up to our weekly newsletter to get the latest travel advice, offers and adventures.
Sign Up Now
Request A Brochure
Our inspiring, free brochure is packed with incredible travel inspiration from every corner of the planet.
Request Now
Submit An Enquiry
Our experienced team are always on hand to help you with any questions or advice you need.
Enquire Now