The Cod is an unmistakable fish. The colouration of a Cod is normally green to brown on its back with a distinct mottling leading down to a white belly. The top jaw overextends the lower jaw which comes with the fish’s most distinct feature, a. single barbell. The lateral line of this species is very distinct and runs from behind the gill plate all the way to the base of the tail.

Where to Catch Atlantic Cod:

The Atlantic Cod is a very widespread species and is a favourite fish amongst sea anglers all over the world. These fish can be found around the UK shores at various times of the year with the English channel being particularly good. The cold seas in the North Sea are very good places to find Cod though with the seas off the Shetland Isles being the best place in the UK to find a big fish. For the ultimate Cod fishing though, anglers should travel overseas to countries such as Norway, Iceland and Greenland.

Very small Cod from around a few ounces can be caught by anglers using small hooks and baits but the big girls, which are around 40lbs, can be caught using larger baits/shads and hooks. The average size is around the 15lb mark when fishing abroad.

There are many different methods to use when catching this fish. From the shore, the best way to catch this species is by using bait either lugworms or fish baits and looking for those times just after a storm where the sea bed has been stirred up. A very good rig to use is a Pennell rig baited heavily with either worms or fish.

Out on the boats, the best way to catch this species is by fishing with shads. Head out to areas that are either known Cod hotspots or look for plateaus rising up from the sea bed as they love to inhabit these areas. Once you find fish using the fish finder set up a drift and lower your shads down, depth marked braid is very good for this as you can fish at a very accurate depth and find the fish. Once at the depth you can work your shads by either lifting your rod slowly up and down or from side to side. This is a very good way to catch Cod as it taps into their predatory instinct and you will catch the bigger specimens by fishing this way.

Would you like to learn more about where you can catch this species? You can contact our sea fishing team on 01603 407596 or email info@sportquestholidays.com and one of our team will be happy to assist with any queries. 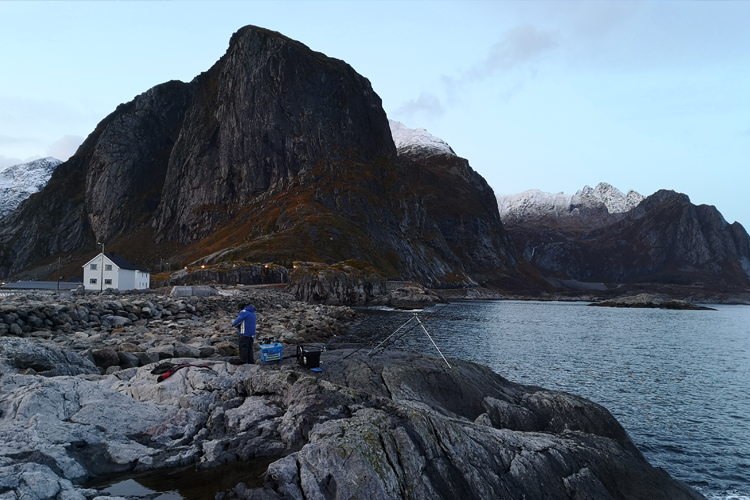 Shore fishing in Norway is becoming more and more popular each year, with the fishing around the UK coastline becoming less productive year after year anglers are heading away from UK beach fishing and heading...
Continue reading