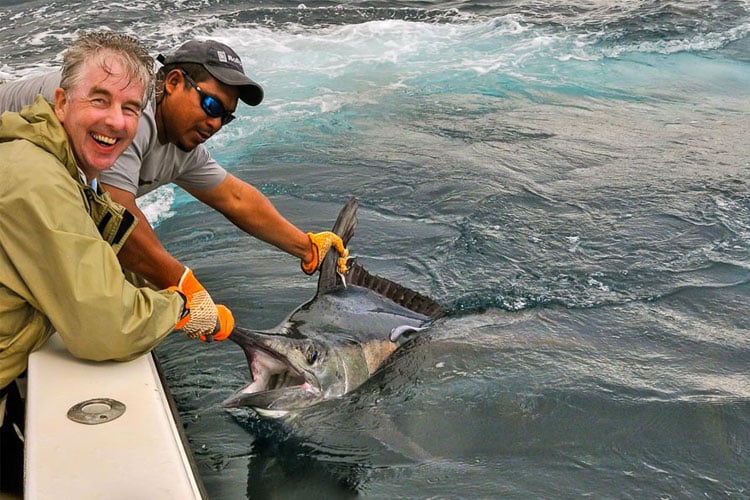 The Black Marlin is a well-known game fish, known for its immense speed and size, which are found mostly in tropical and subtropical waters like the Pacific ocean. This species is known for feeding on fish, squid octopods and other small Crustaceans often in shallow waters.

Compared to other Billfish, the Black Marlin are more solid than their Blue counterparts being the largest bony fish. They have a shorter bill and a rounder and lower dorsal fin. They can be distinguished from all other marlin species by their rigid pectoral fins, which are unable to be pressed flat against their sides.

This species is one of the largest members of the Marlin family. This beautiful fish can reach sizes of up over 15 feet and 1500lbs but the average size you will catch will be around 100lb.

Where to Catch Black Marlin

This species can be caught in both the Indo Pacific Ocean and the Indian Oceans as this species likes temperate waters. Some of the best destinations to head to for this species are Zancudo Lodge Costa Rica, Rodrigues Island Mauritius and Nosy Be Madagascar.

When fishing for this species you will be trolling when fishing, this is done from a moving vessel (boat/kayak). You will cover an area with teasers out the back of the vessel, these can be spreaders or lures which will entice the fish into getting aggressive and then it will into full-blown attack mode. Once spotted, the boats deckhand will watch to see where the Marlin is raising, if the marlin does not hook up on a lure the deckhand will flick out a rod with a dead-bait (normally a Tuna or a Ballyhoo) which nearly always proves to be irresistible your rod will then double over and your reel will start to scream.

The Black Marlin is considered by many to be one of the worlds fastest fishes in the world. Here at Sportquest Holidays, we offer some fantastic opportunities to go after this beautiful monsters brother, the Blue Marlin which can be seen on our Youtube. You can contact our big game fishing team at any time on 01603 407596 or via paul@sportquestholidays.com if you are interested in joining us and fellow adventurers in a big game fishing holiday of a lifetime. 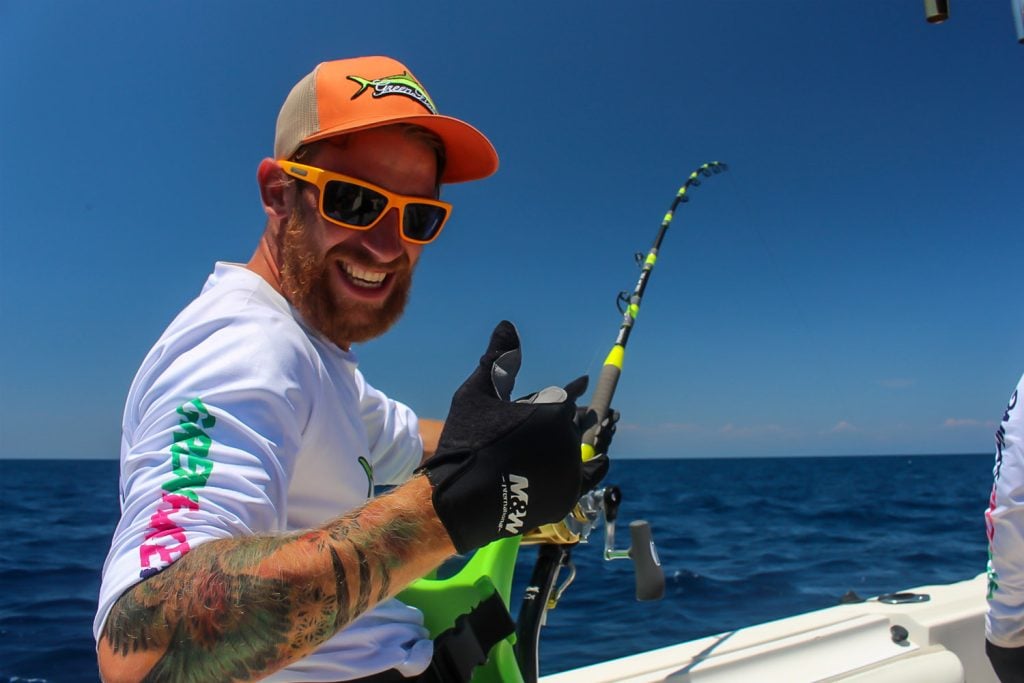 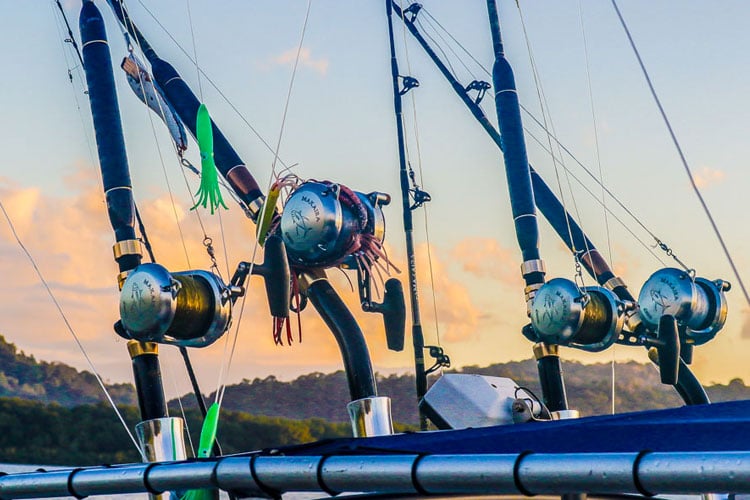