Due to travelling and fishing in many places in the world, I often get asked where are the best places to fish for certain species. So when recently asked what are my favourite 3 Pacific Salmon Rivers in British Columbia and why I answered with the below.

I love fishing on the Kitimat River. It is a relatively short river of just over 50 miles of meandering freestone pools. I have always found it a delightful river to fish as it is quiet and an easy river to cover with Spey rods. It’s also a great river to use a light switch rod which also gives more impressive fights from the Salmon.

Another point I love about this river access is that it is all by drift boat, so there are no boats racing up and down the river. You start the day off with your guides at one of the upriver points and then quietly drift down to fish different areas on foot along the entire river. It’s such a peaceful way to not only fish but also get close to the wildlife.

The Kitimat River is a river that can be fished all season providing a good run of wild and hatchery Steelhead fishing. During the summer months, Chinooks and arm busting Chum turn up supported by tons of Pinks which are then followed by the Coho Salmon.

The fishery is supported and maintained by the Kitimat River Hatchery, operated by Fisheries and Oceans Canada and managed by my friend Markus Feldhoff, where they annually raise and release up to 4 million salmonids into the Kitimat River.

The Kitimat just has to be in my top three as it’s such a peaceful romantic river to fish and I just love the huge Chum Salmon that run this river as they fight like a train. 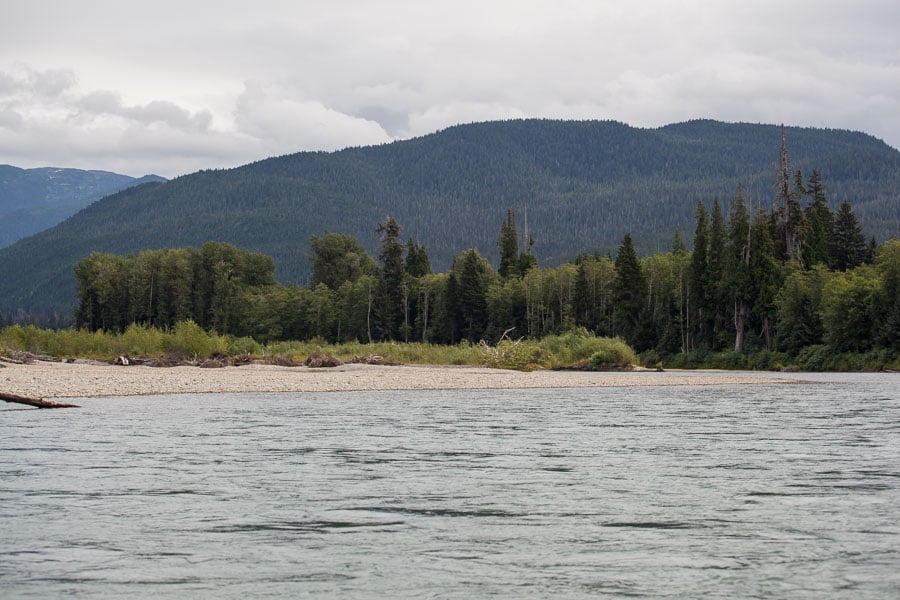 The Kalum River is one I always fish with excitement. Whether it is spring or fall and whether I am after Steelhead or huge Chinook I am always full of anticipation when I fish this river. The Kalum River is one of many tributaries of the mighty Skeena, it starts life out of the Kitsumkalum Lake and enters the Skeena River near Terrace.

The early Chinook run are fish that are destined to go right through to the Cedar River, however, the main Chinook run which move right through to just below the Kalum Lake appear in June and July. It is this main run that attracts anglers from all over the world for potential world records. The existing Chinook world record was caught on the Skeena River right where the Kalum River enters the Skeena.

If you are looking to target Steelhead, the Kalum has three runs in late summer, late fall (winter) and then spring, with lesser numbers of fish continuing to trickle in throughout the rest of the year.  The reason the Kalum River is always in my top three is because of the pure excitement of potentially hooking a world record. It’s a river that makes me still feel like a little boy when fishing it. 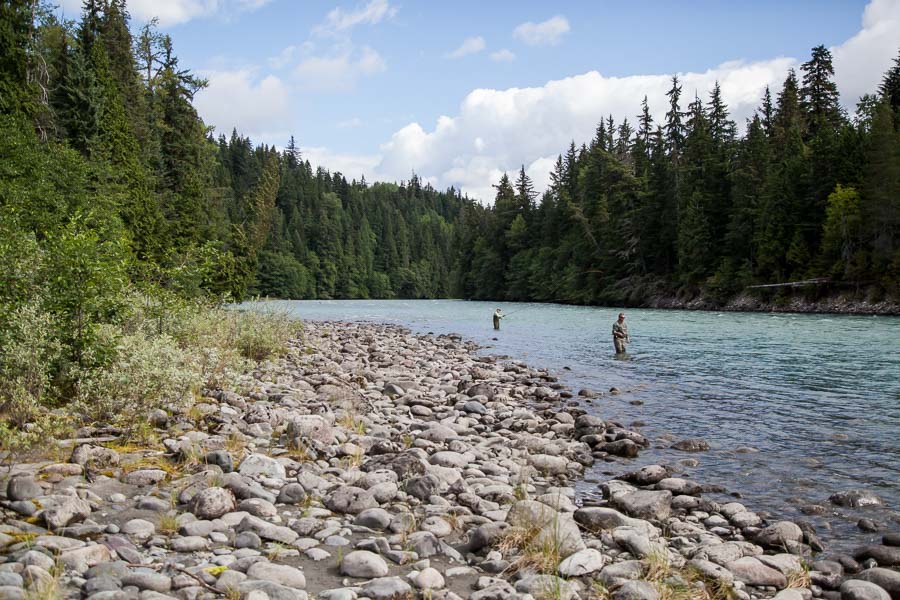 Like many rivers, its first fish is the spring Steelhead and the Skeena has for me over the years been very kind. Not long after the Steelhead the huge Chinook run follows.  For fly fishing, in general, I have found that the months of July /August have been the best as the river levels tend to drop making it a more manageable river to fish.

It is also this time of the year all 5 Species of Salmon can be present in the river at the same time. I have had many fun days fishing and hosting customers on this river with some very memorable catches. I can remember having a customer new to Spey casting and once he hit the 40th Salmon for the day, his face was just a pure picture.

As it is such a great river for complete beginners right through to more experienced anglers is the reason it will always rank in my top 3. 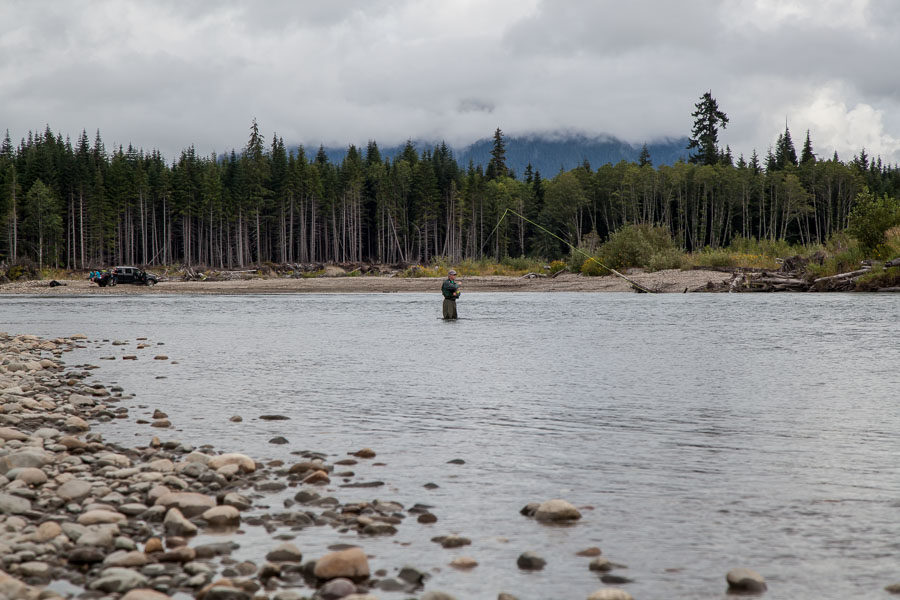