Many fly fishermen often think that strip set fly fishing is often a saltwater tactic, “Don’t trout set” are words nearly every saltwater angler or fly fishing guide has heard at one time or another. That’s because when it comes to hard-mouthed species like Bonefish it’s crucial to set the hook by stripping the fly line as opposed to raising the fly rod in typical ‘Trout’ fashion. Raising the rod does a great job at burying a small fly into a soft mouth on a light tippet, but not so great when you need to drive the hook into a hard mouth.

However, the strip set is not only useful in the salt, but it can also be extremely effective in freshwater too. In fact, when fishing for Silver Salmon we find we land far more fish by setting the hook with a long strip as opposed to raising the rod and here’s why.

Why should you strip set when fly fishing for Silver Salmon?

When fishing for Silvers, we don’t use much in the way of ‘light tackle.’ 15 – 20 lb maxima and heavy wire Salmon hooks are the norm, so we’re not too concerned about breaking off on the hook set. Therefore, we don’t need to turn the rod into a shock absorber by raising the rod until after the hook is set and buried.

While Silvers might not have as hard a mouth as Bonefish or Tarpon, their mouth is substantially harder than that of a big Trout. Because of this, adopting the strip set fly fishing tactic is best to set the hook.

Silver fishing can be very visual and because of this, it can be really tough not to pull the fly right out of the fish’s mouth when you see a big fish charge your fly. After all, it’s pretty exciting. By strip set fly fishing, you have an instant cue for when to set the hook. Simply strip until you feel resistance, and continue that strip to set the hook. In other words, strip until the slack line is tight, then raise the rod to fight the fish.

Silvers can be aggressive. Often to the point of continuing to chase a fly after missing it two or three times. Setting the hook by raising the rod instantly removes your fly from the water on a missed strike, whereas a strip set keeps the fly moving in the water column in the event that he misses it, but still continues to chase it. This might sound silly, but if you’ve fished for Silvers, you know what we mean!

If you’re planning on chasing aggressive Salmon species, such as Silvers or Chums, try setting the hook with a strip set.

If you would like to take a closer look at all of the tours we offer to target the Silver Salmon, you can find a full tour list here. We also have a fantastic Youtube Playlist, filled exclusively with content on Silver Salmon. Alternatively, if you wish to speak to our fly fishing expert, Peter Collingsworth, you can contact him on 01603 407596 or by emailing him at peter@sportquestholidays.com. 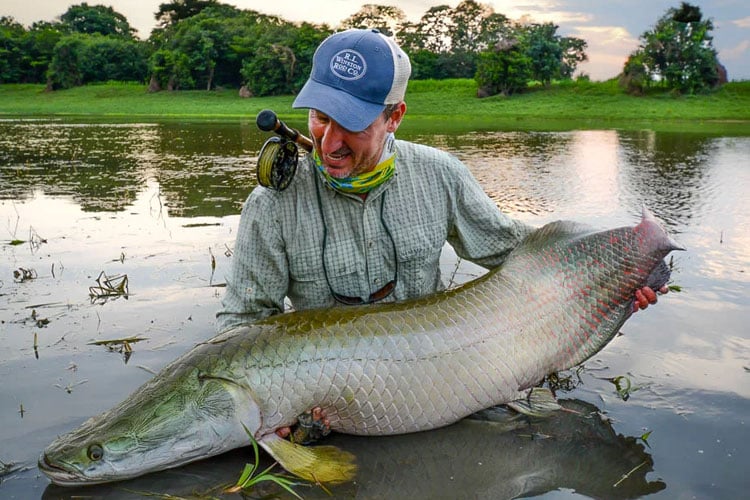 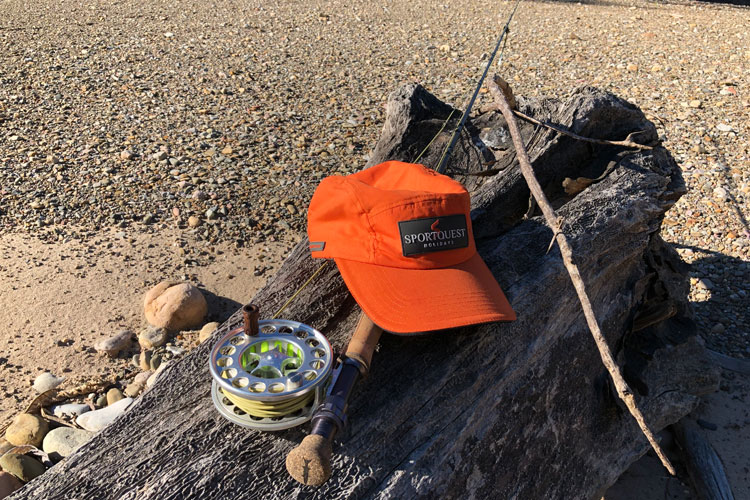 It is always exciting to visit a destination for the first time and for my very first Golden Dorado fishing trips to Tsimane Secure Lodge in Bolivia was no exception. It has been a while...
Read More >
Xingu Lodge Fishing Report – 6th To 13th November 2021

Another week has passed at our stunning Xingu RIver lodge operation in Brazil, this week saw only seven anglers but perfect conditions made for some fantastic Payara fishing with 173 being landed in one week!...
Read More >
Stay in Touch
Sign Up To Our Newsletter
Sign up to our weekly newsletter to get the latest travel advice, offers and adventures.
Sign Up Now
Request A Brochure
Our inspiring, free brochure is packed with incredible travel inspiration from every corner of the planet.
Request Now
Submit An Enquiry
Our experienced team are always on hand to help you with any questions or advice you need.
Enquire Now