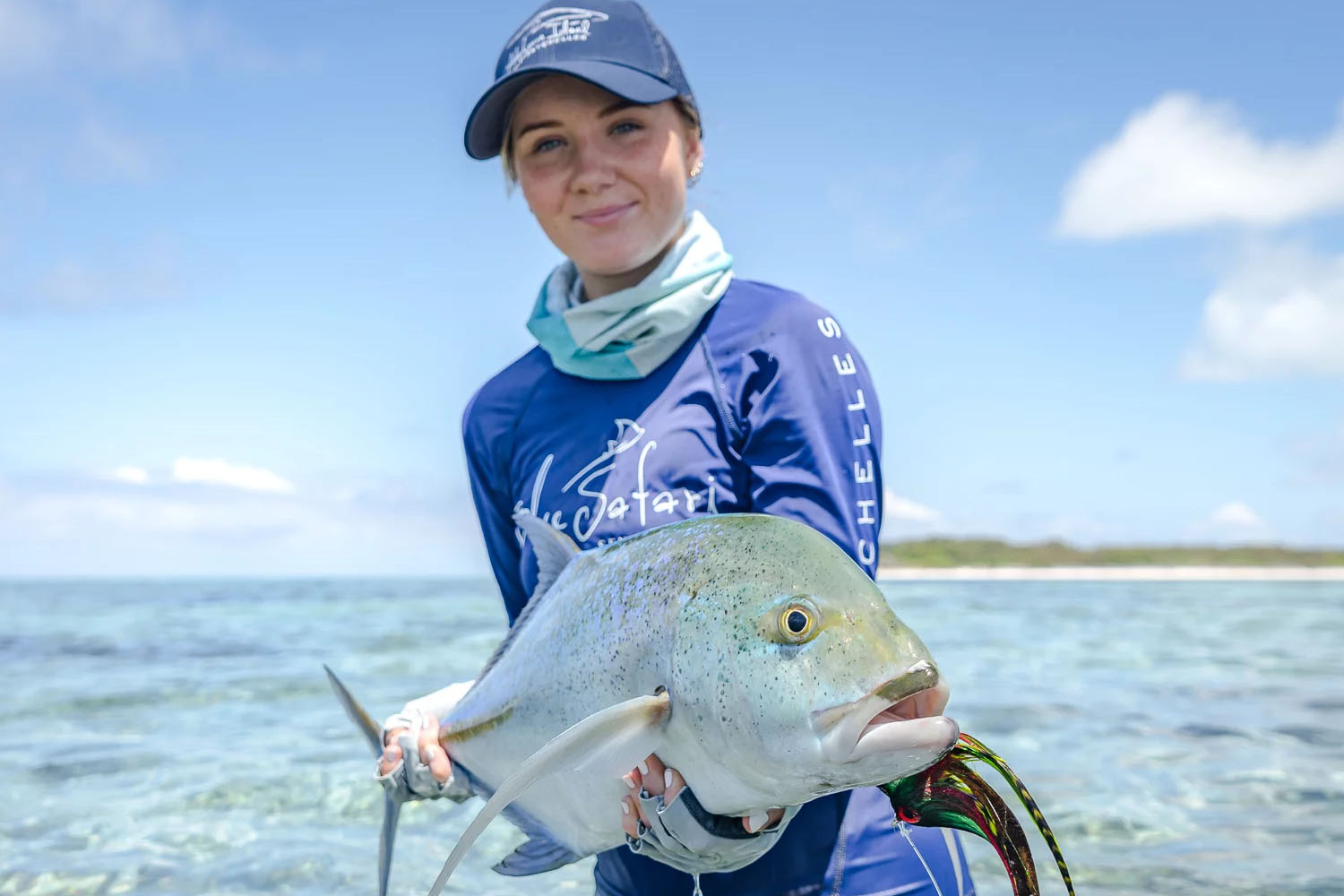 The week began with less-than-ideal weather but cleaned up slightly towards the end of the week. The anglers remained persistent, and some good fish came to hand.

Once again, the Bonefish on St Francois were present in their thousands, and after most of the anglers warmed up with Bonefish on the first day of the trip, their focus turned from the ghosts of the flats to the gangsters of the flats.

Most of the anglers were in pursuit of a monster Giant Trevally and they were not disappointed by the number of fish seen and landed. The most successful angler of the week was Niall. Niall landed four GTs throughout the week with the first three measuring fish 68 cm, 71 cm, and 77 cm respectively. The fish of the week, and Niall’s largest GT was a beautiful just-over-the-metre mark fish, taking the tape measure to 101 cm, the GT was caught on Milky Way finger. It was quite the battle, the fish seemed to have the upper hand after breaking Niall’s rod but he stayed calm and kept on working for it, and eventually, it came to hand. Niall added nearly half to the total tally of the nine G’s landed throughout the week.

Targeting Triggers for the week was made difficult by either the tides or the weather, but there were a few windows where the tides were perfect and the conditions were good. One thing was for sure, there were plenty of Triggers around, but sticking true to their notorious behaviour, after many refusals only one Moustache was landed during the week.

Bernard fished Alphonse during the week, he went for the species count and did very well. He caught countless different species of fish including Bohar Snappers, Blue Spangled Emperors and Bluefin Trevally to mention a few, by the end of the week he’d also managed to land two GTs measuring 70 cm and 75 cm.