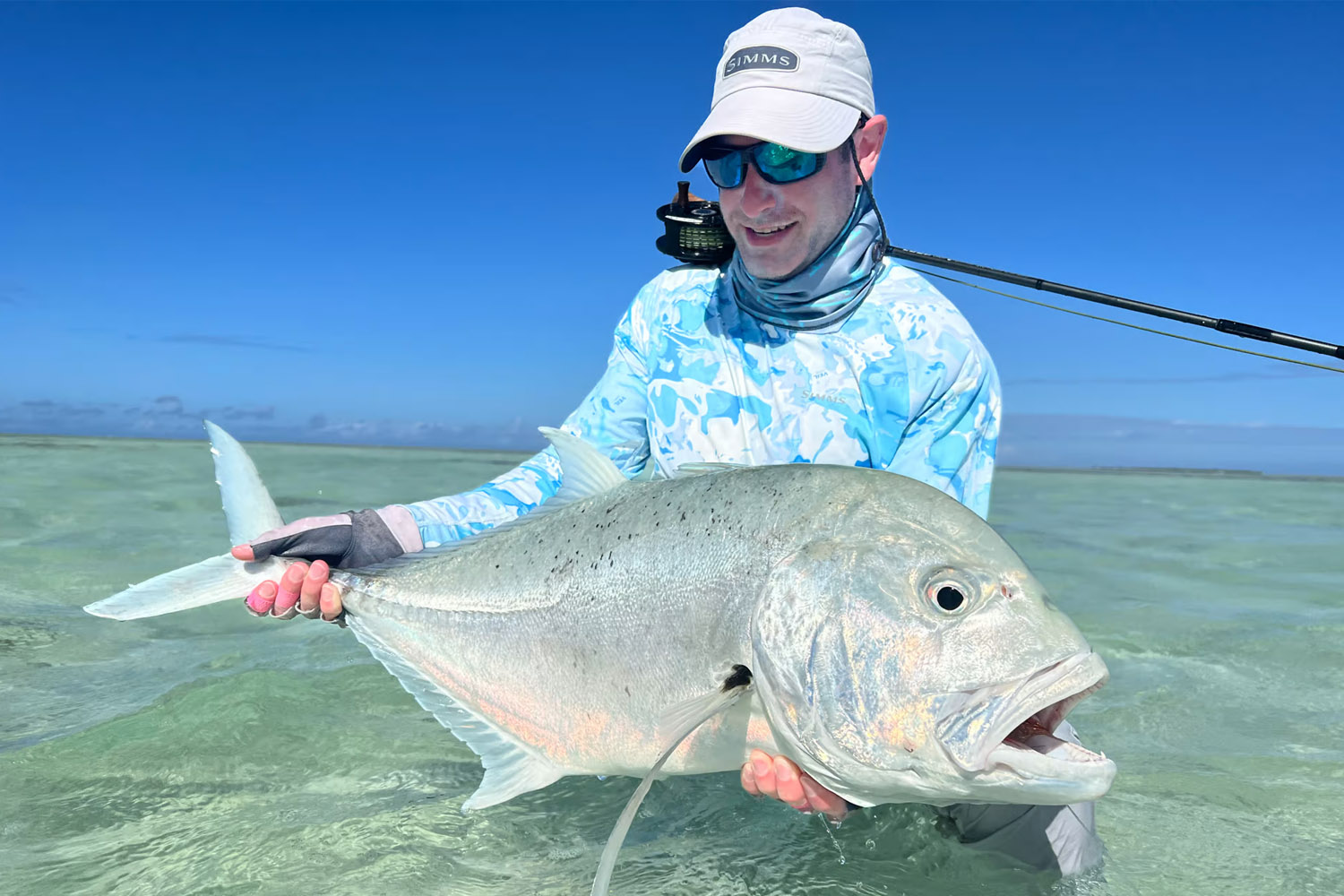 We had a full moon spring tide week with huge water movement. Unfortunately, the weather did not play its part with heavy winds and rain. Despite the challenging conditions, all eight anglers stayed positive and caught some fish.

Glen Shapiro was the angler of the week catching the most GTs for the week with a total of five. David Fast also had an epic week landing two GTs and a Yellow-Margin Triggerfish.

This week, we had three firsts on the GT front: Terry, Madison, and Mark. An exceptional fish and a memory not to be forgotten.

Well done to all our anglers for a phenomenal week of fishing and tight lines from the Alphonse Fishing Co. Team on Cosmoledo.