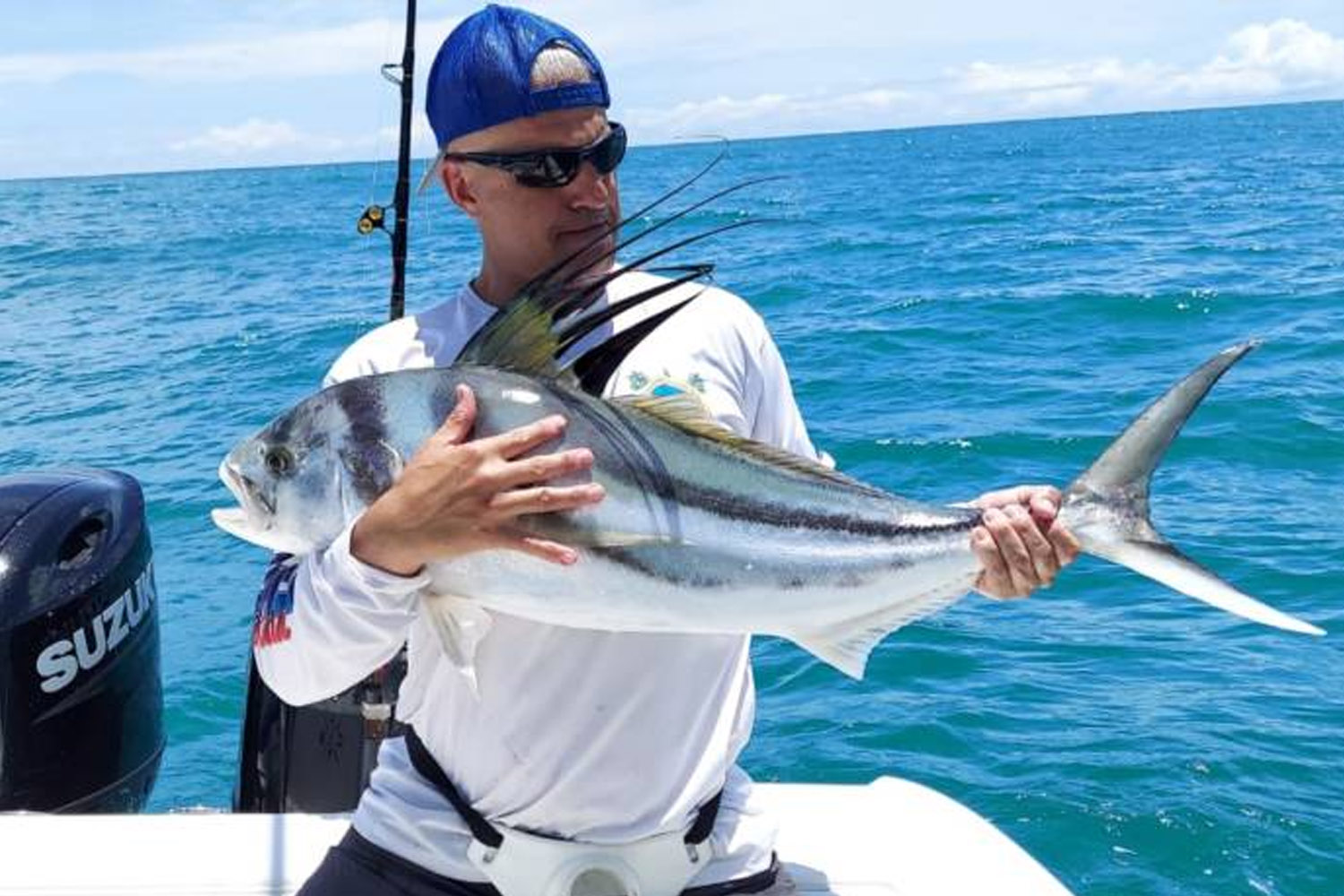 Our guests come to Crocodile Bay to catch the fish they can’t find at home. People from all over the world travel to Crocodile Bay to fish (and catch) marlin, roosterfish, yellowfin tuna, bluefin trevally, Pacific sailfish, cubera snapper and more. At Crocodile Bay we make the process very simple: from booking with our travel agents to setting you up with the right fishing crew and guiding you to catch that trophy fish. Crocodile Bay is internationally renowned for world-class fishing and the month of August held up to that recognition providing our guests with a wide selection of species to catch and release. A varied catch of tuna, marlin, sailfish and dorado, and roosterfish and snapper bent rods for our anglers, many of whom were able to check off a few new species off their bucket list.

August is the peak of the tuna season and this past month delivered for our guests, as our anglers landed coolers full of tuna- even a few at 100+lbs. Right now is the best time for hooking gigantic yellowfin tuna, which are drawn to live bait, poppers and top water lures. These big boys are made of pure muscle, so have your own muscles ready for a tug of war. The tuna fishing is only going to get better in Costa Rica with the recent news the government finally passed legislation moving the commercial tuna boats out to 80 miles offshore. Coastal fishing will substantially improve even more in the future as tuna boats were taking many sport fishing species as by-catch.

Blue marlin also made a strong appearance in August. It is always impressive to see marlin chase our teasers, but it is more spectacular to see them swallow our baits and watch the dance begin. If you haven’t experienced the adrenaline rush of having a big blue marlin going crazy and making those big reels scream for mercy, than this is definitely the time to make your reservations! Some people compare it to the same adrenaline rush that you will feel when sky diving. I wouldn’t be able to tell you because I have never jumped out of an airplane; but a marlin fight is such a magical moment that I have no better way to explain it to you. In the moth of August we had a few double-digit days for blue marlin but the highlight of the month was a 400 lbs black marlin that was hooked and landed while live baiting in a tuna school.

This year we are pleased to welcome back more corporate groups traveling to the resort, and in August we had the honor to host the Bernstain Lumber Group. They were able to check off a few trophy fish off their list, from marlin, tuna, dorado to big roosters and snappers. These corporate fishing trips are a great opportunity to bond and get to know each other. Crocodile Bay is a trusted partner for organizations in facilitating and organizing such an important event. We also hosted other corporate groups, like the Collins and Kelvington group.

You would be impressed on how much of a close bond you can create with your colleagues after spending a whole day of fishing together, and to us it is such a pleasure to be able to provide such an unforgettable experience. If you are thinking of putting together your next corporate trip let the Crocodile Bay team help you make that an unforgettable experience. I can almost guarantee you will not be disappointed.

Weather-wise there were some days here at Crocodile Bay that were unusually dry for August followed by days of tropical showers which are pretty normal for this time of the year. As we head into September we anticipate a return of characteristic patterns of rainy season days throughout Costa Rica. Mornings will be warm and sunny and inviting and some scattered showers and storms will roll through later in the day.

So, if you are looking for the ideal blend of rest, relaxation and sportfishing, you won’t find a better destination than Crocodile Bay on the Osa Peninsula. We have specials for fall fishing at Crocodile Bay with various packages available to attract adventure loving travelers like yourself. I invite you to come and catch fish with us and enjoy the best of Costa Rica. See you soon!