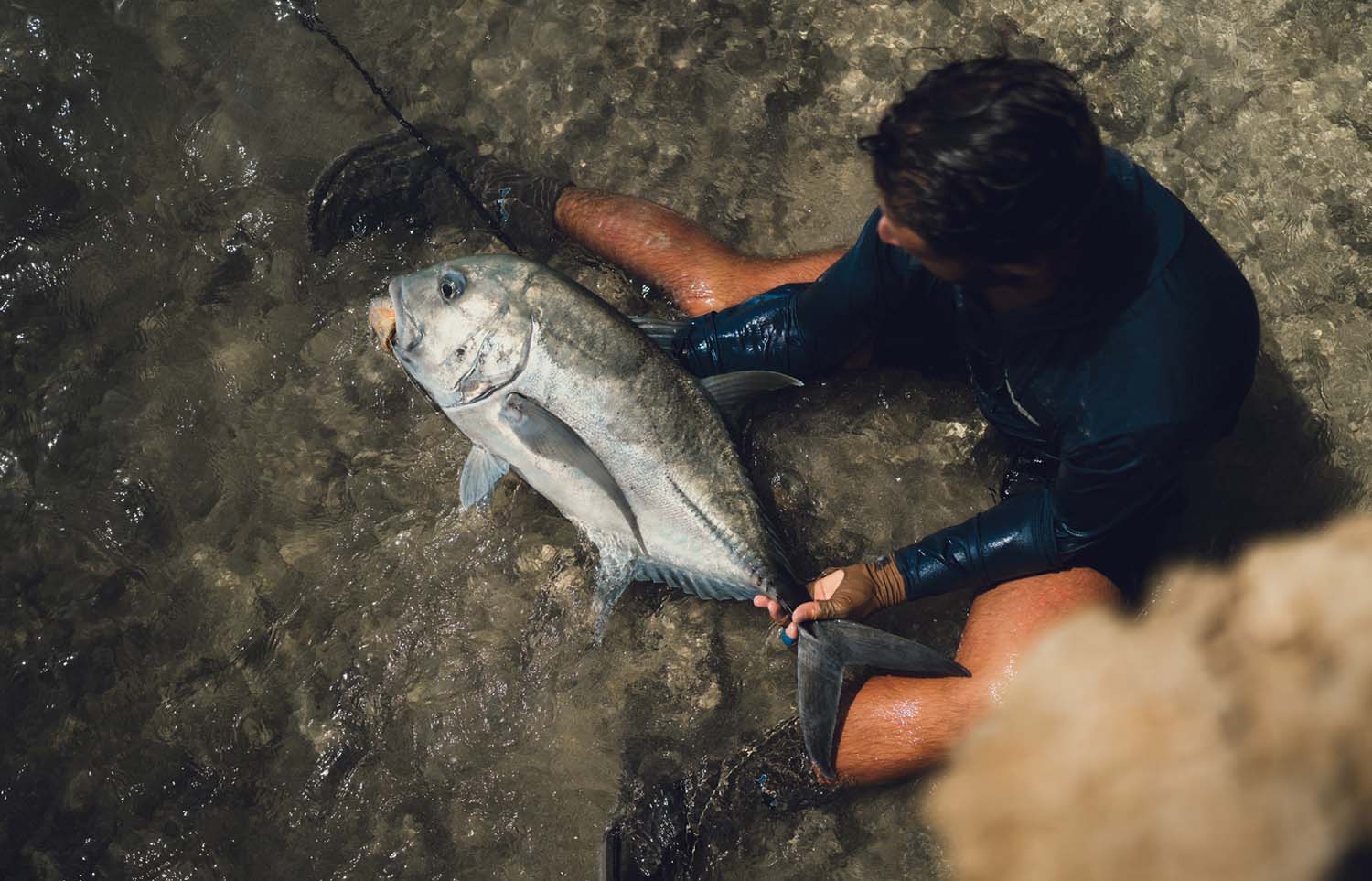 The second week of the Nubian Flats season in Sudan was looking good following the success from week one. The guys arrived late on the evening of 22 Feb, unpacked all the gear and headed off to bed as we were leaving port a few hours after that. The next morning the boat was busy with everyone sorting out the gear for the first day in the south.

The first day was slow, in saying that the guys had shots at GT’s which were sadly rejected by the big fish. Triggerfish were the main focus in the first three days as once again the winds obstructed the ability to sight fish in the deeper flats. Tailing triggers were still visible in the windy overcast conditions and the guys took their chances with the hardest part being the presentation of the fly in the wind. Day two saw a good GT being caught on the flats after chasing the teaser from the deeper outer edge of the flat.

The next few days finally saw the wind dissipate and the guys started to see more fish with GT’s and Bohar cruising the flats as well as aggressively chasing the teasers in on the smaller islands. The guys had a lot of shots at good fish, landing some beautiful specimens and unfortunately some of the time the GT’s got the best of them finding a sharp coral bommie or ledge to cut the leader or fly line. The bluefins were a welcome sight and awesome fun in between looking for triggers and GT’s with some really good ones being landed.

On our way back to port we made our last stop on one of the closest islands and something special happened when one of the guests Ahed and AW guide Tim sighted a GT on the flat, they got into a good position to make the right cast to the GT and it exploded on the fly, turning and running for the ledge, Tim was already running to tail the GT as it was hooked. He heard a scream from Ahed and turned to see the line had snapped…the line fell just in front of him and he thought that the GT was off but saw the coil of line starting to shoot out so he grabbed it and wrestled the big GT close enough to tail it, this was the perfect way to finish off a great week. The guys were all super happy at the end of the trip after each of them had a special story of the fish that they managed to tick off the list.

If you would like to know more information about the amazing mixed saltwater fishing on offer, read our full tour page for the Nubian Flats in Sudan. Alternatively, you can contact our freshwater fly fishing expert Peter Collingsworth on 01603 407 596 or email at peter@sportquestholidays.com.