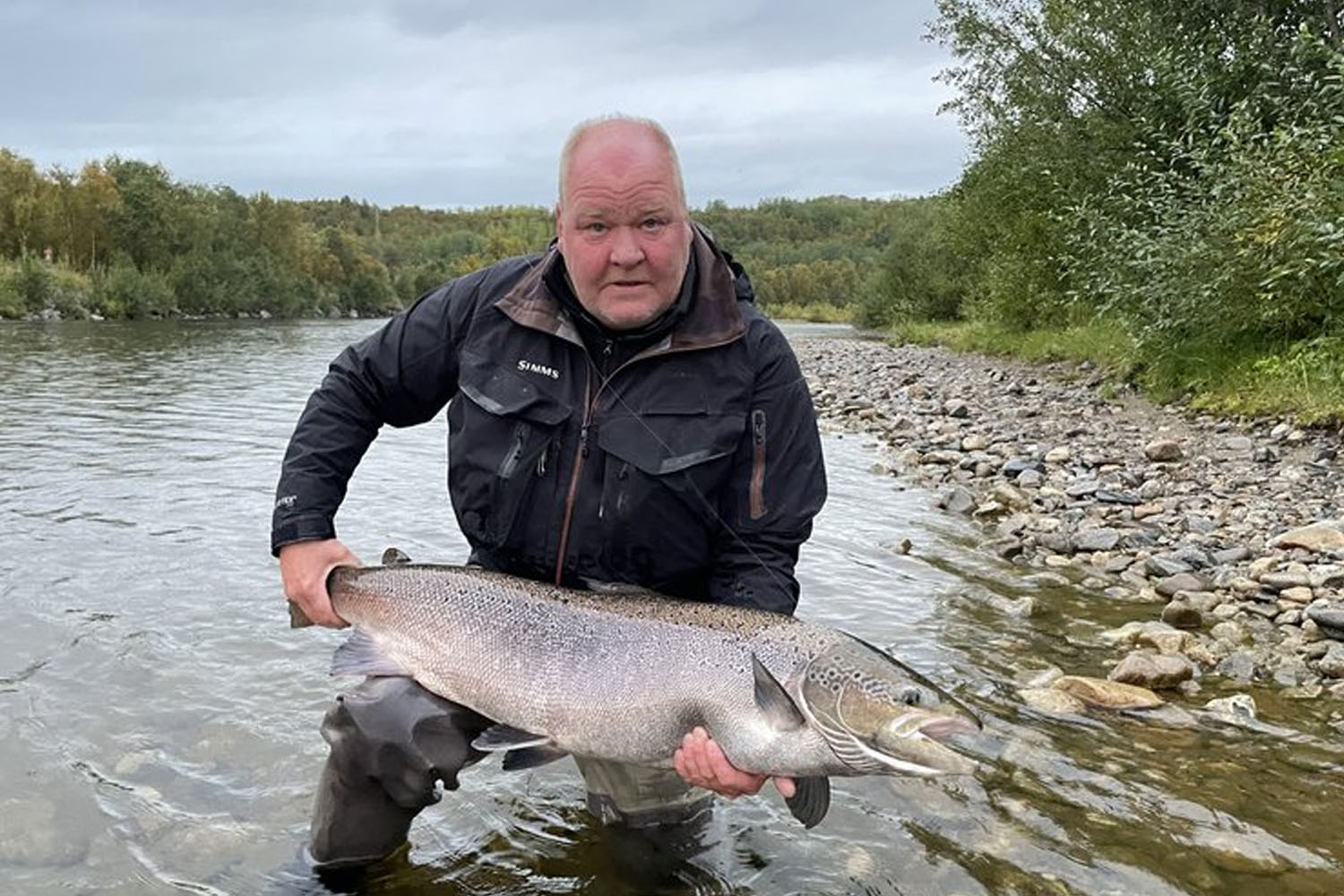 This last week of the season we welcome a mixture between Olderø regulars and first time visitors. Expectations were quit high due to the last week’s fishing and it didn’t take long for it to continue. Mikkel and his fishing buddy Ken was fishing upper zone 2. Short into the first session Mikkel hook into the first fish of the week which after a short hard fight resulted in his personal best salmon. The fish was a 93cm female that quickly got released. This is the way we want a week to start and fishing stayed steady. Sebastian and his fishing partner Emil were in zone 1 where first Sebastian landed another 93cm female but this time one of the more fresh fish.

Emil followed up by landing a 70cm male in the next round. Seatrout were frequently taking our flies in good numbers with the biggest between 45 and 50cm. By the middle of the week the odds of aurora polaris also known as northern lights were quite high and one night our guests were treated to this elusive nature phenomenon to the joy of guests and staff. Toke and Niels were almost finishing up a day of fishing when suddenly a brutal male took Tokes fly and took him far downstream before getting landed. The fish was a 85cm strong fish in beautiful autumn colours. This was another personal best for the group. In between the bigger fish all of our guests had the pleasure of landing several grilse but we all know that after some grilse the big one will appear. This happened for John right after he lost a good size fish when he 30 minutes later hooked into an even bigger one.

This stunning fish took quite some time due to the light tackle we are using this time of the year but was at the end safely landed, measured and weight. The female was the third personal best of the week and pushed the scale to 15,3kg divided on 108cm a true Lakselv monster. Good to see such big lady swim away knowing the future is bright for Lakselv.

The season ended with another personal best when Toke outdid himself. This time with a 98cm fat male that after a more calm fight ended is his hands for a quick picture and a gentle release.

Despite the many salmon caught during this week we had a lot of fun fishing for the seatrout which Lakselv are known to have a good population of here in september, biggest seatrout caught in september was a beautiful 3,5 kg fish caught the 14th of September.