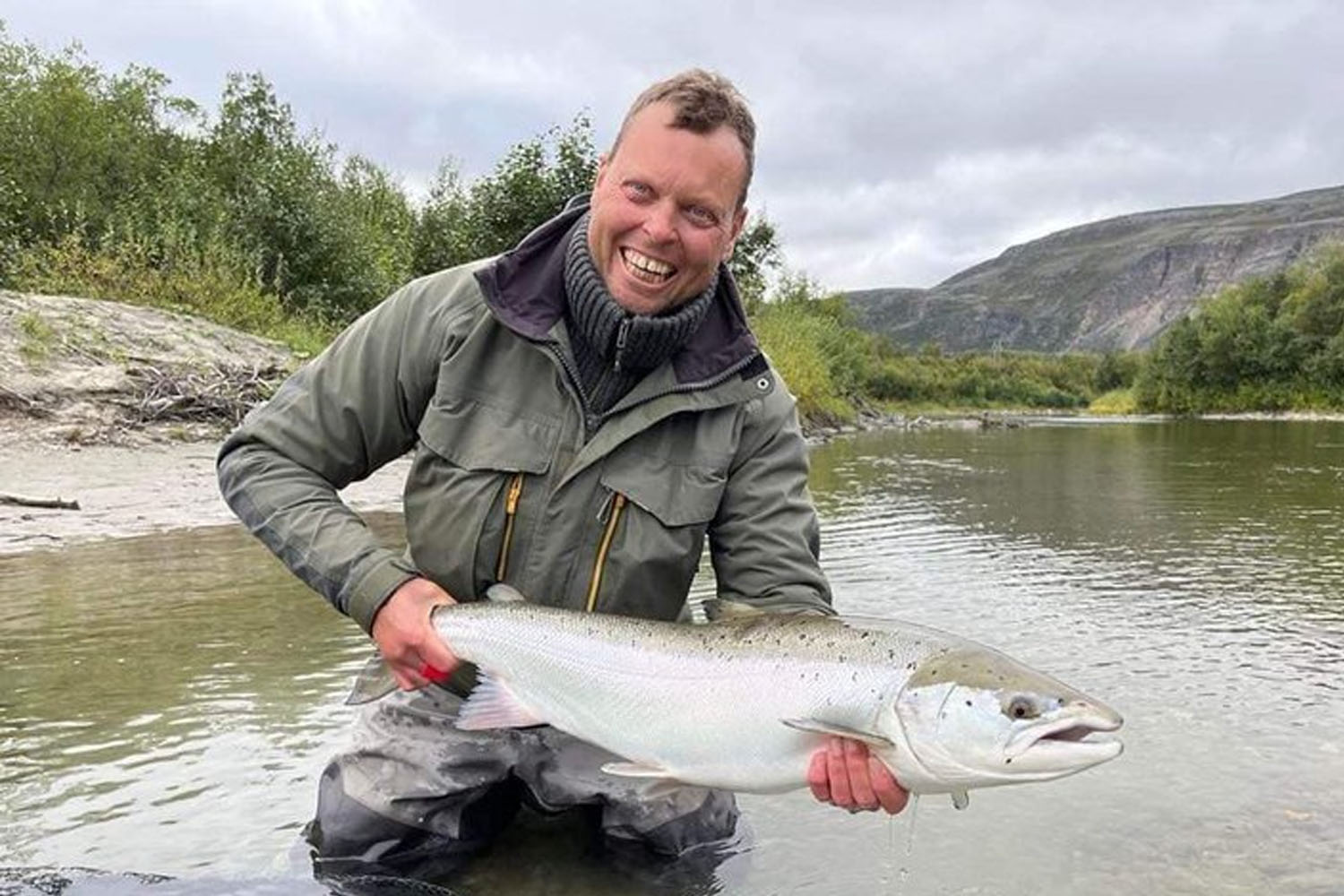 This week we welcome back our usual week 35 “Danish” group with the addition of experienced Lakselv fishermen Jan and Palo. After a season with unusual high water the river finally stabilised just under 20 cubics. Already in the warmup session we saw the river deliver. Jan had just started fishing when he on the fifth cast hooked into a beautiful coloured male weighing in at 10kg divided on only 95cm.

That’s the way to start the week strong. The good fishing continued with each day delivering a good amount of fish. Some of the highlights from the beginning of the week was Jes fishing on Ratama where he hooked a nice female salmon of 9,2kg and landed it safely accompanied by his buddy Per. Later that same day after losing a couple of bigger fish Matheusz was fishing the same place as Jes and also managed to get a hook up of a 89cm salmon which made up for the ones he lost earlier. At the same time further down river Anton also landed a nice 75cm male.

By the middle of the week we reached the first of September which meant the start of seatrout season. This means that we by river regulations have to fish full floating lines, 0,25 leader and size 10 hook flies. As mentioned earlier the fishing stayed good and now we started catching more and more seatrout. Unfortunately not any big ones but a lot of healthy smaller fish. In between the seatrout we had a good amount of grilse and to the disappointment of the guest some battles were lost with bigger salmon. This all changed on the last day of the week where Jan and his fishing partner Bo were fishing zone 2.

Jan presented the fly perfectly to a September silver beauty. The fish was a 95cm sealiced female which gave Jan a hectic fight on the thin tippet. The beautiful silver fish was of course released into its right habitat. Fantastic to see that still in September fresh fish are running Lakselv.

Later that day in the last 25 minutes of the week Käre had a really nice hook up with a fish and to his big despair the hook came out.

Käre and his guide thought that this was last chance but Lakselv wanted it different. Because three cast later he had another chance and this time the fish stayed on. After a jumpy strong fight with a 200 meter run downstream he managed to finally get the fish in the net. Another well proportioned coloured male of 9kg was adored by the happy angler before it returned to the river. What a way to end the week and hopefully the fishing will stay stable into the next week.