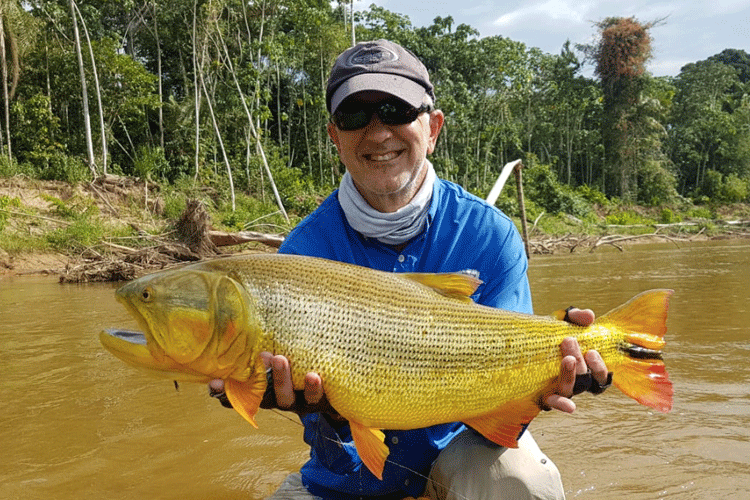 A great week at Tsimane included some thrilling fly fishing action and continued success with getting big fish on the surface.

It was a great week at Secure lodge for our seven guests.

This week was a thrilling one. We had a lot of excitement on the water taking on Pacu, Dorado, and Yatorana. These fish took everything from dry flies to streamers and aggressively destroyed flies, wires, and leaders. Time after time, our guests experienced the absolute excitement of jungle fly fishing the Brazilian Amazon.
We hooked 28 Pacu and landed 13 — most of them on small streamers, and two were caught on fruit imitations. Two of the Pacu got up to 20 pounds.
We continued to have great success with catching Dorado on dry flies. A 22 pounder was one of the many fish that came to the surface to take a fly. This kind of experience is one you’ll never forget.

This week at Pluma lodge we welcomed Shaun, with his friends Erick (second trip with us), Darren, Carrie, Sam, Dustin, Blair, Jim and John.
With ideal weather conditions and very low and clear water, we had another week of catching big fish. Anglers caught eight fish over 20 pounds as well as many smaller Dorado and some nice Pacu.
In the crystal clear upper sections, anglers sight casted to and landed a few decent ones fish, and Jim landed a 20 pound fish there as well. The Itirizama was even more clear, and it was there that Erick sight casted to and landed a fish that was in the 20s.

The low and clear water in the lower sections of the Pluma made it easy to fish structure. We caught four fish over 20 pounds as well as two big Pacu in these waters.

Brian, Chuan, David, Kavan, and John joined us for a great week at Agua Negra.
The weather was good during throughout the week with very high temperatures and low water. The heat slowed down the fishing some in the afternoons but we otherwise had some great fishing. The main river fished really well — mostly in the upper part where we caught some very big fish, including some very nice Dorado and four Pacu.
We camped for two nights on the Upper Agua Negra. These were some wonderful nights of enjoying the jungle.
The biggest fish of the week was caught by Brian, and it was a 27-pound Dorado on the Upper Secure. 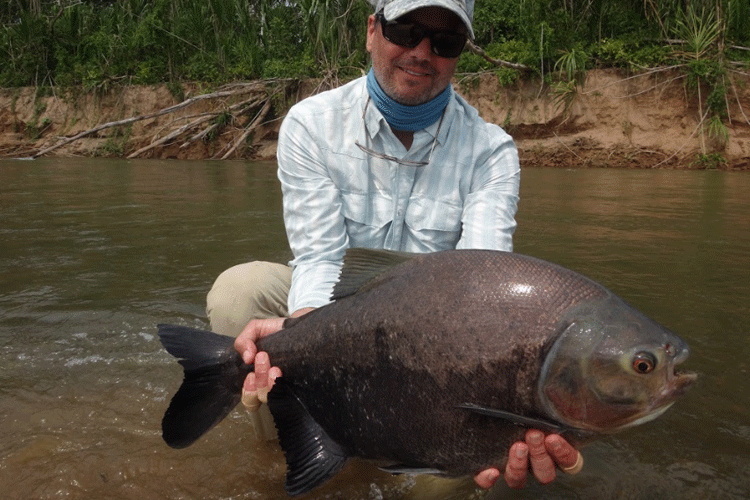