The fourth week of the St Brandons season started with high winds, cloud cover and squalls. This made the conditions tough but kept the water cool for long periods of time and thus led to spectacular skinny water fishing to large bonefish. The weather did stabilize later in the week doing a full 180 degrees, it went flat calm without a cloud in the sky. There were large numbers of fish landed everyday and the average size for the week sat at a solid 6lbs. Of the larger bones landed 2 fish of 7lbs were landed by Robyn, 2 of 7.5lbs by Ian and Sean and a 8.5lb fish landed by Robyn. Finally, Ray, who experienced some of the best of what St Brandons has to offer landed 2x 8lb bones as well as 4 fish of 8.5lbs, well done Ray! A few bigger fish were hooked but unfortunately, the fish had the final say. The conditions are perfect at the moment for a double digit fish to be landed so we are looking forward to what the coming weeks have in store for us. 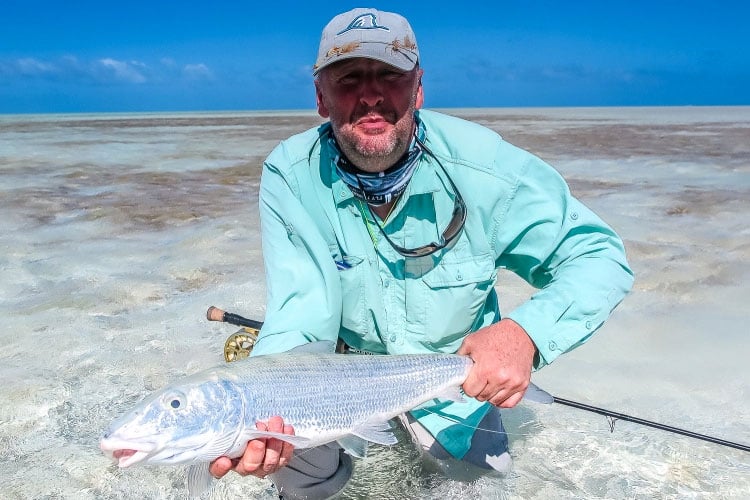 There were once again multiple shots at the tricky Indo-Pacific Permit that call St Brandons home. With the variety of flats fishing scenarios on offer our guests enjoyed the challenge of fishing to these beautiful fish. There were a few hooked during the week but only one was landed. Ian caught his first ever Indo-Pacific Permit on the last day of the trip after persisting the whole week. Well done Ian, the hard work paid off! 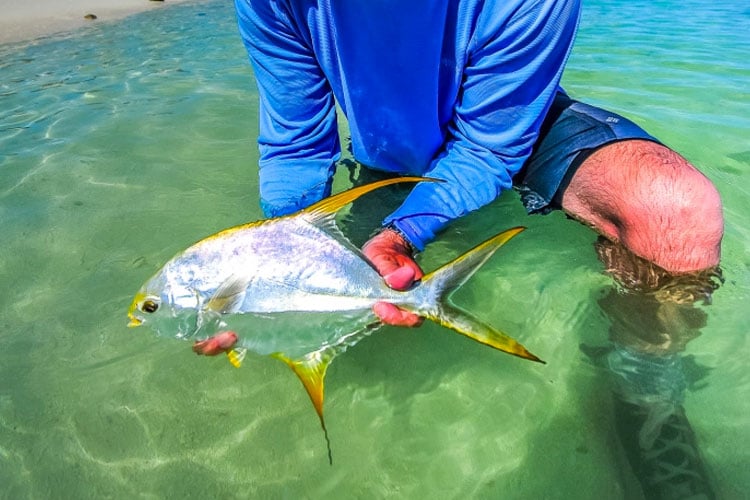 The Trevally fishing proved to be tough this week, that said there were still multiple shots at large GTs and Bluefin. We are seeing good numbers of these fish around currently so the chance of one of our guests catching a fish of a lifetime is certainly on our minds while we wade the flats. Other than the larger Trevally species that call St Brandon Atoll home a couple of the less aggressive species were landed. Terry hooked and landed a respectable Yellowdot Trevally that was tailing on one of our famous Bonefish flats while Sean added to the species list with his first Golden Trevally of his fishing career. 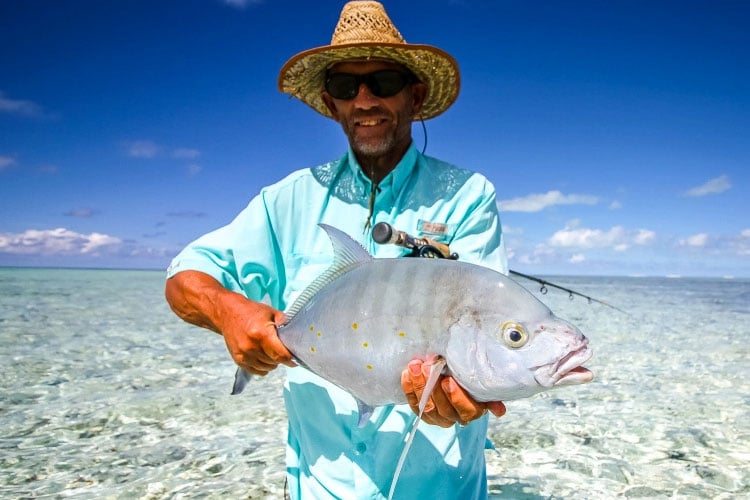 This brings an end to another action-packed week on St Brandons. We’re all looking forward to what next week has in store for us.

With the wheels finally starting to turn we were able to welcome another full group of anglers this week. Some of which are long-standing friends and guests who have all been counting down the days...
Read More >
Norway Shore Fishing Report – Autumn 2020 Roundup

Well, what a year it has been and we can not believe we are now closing down the shore fishing season in 2020, where has it gone? 5 weeks have flown by and with lots...
Read More >
El Pescador Report October 25th to 1st November 2020

Once again we have a brilliant report coming in from the waters of El Pescador, and by the look of things, they are catching some really good fish with some monster Tarpon being landed! Ill...
Read More >
Stay in Touch
Sign Up To Our Newsletter
Sign up to our weekly newsletter to get the latest travel advice, offers and adventures.
Sign Up Now
Request A Brochure
Our inspiring, free brochure is packed with incredible travel inspiration from every corner of the planet.
Request Now
Submit An Enquiry
Our experienced team are always on hand to help you with any questions or advice you need.
Enquire Now