We were treated to incredible Bonefishing this past week on St Brandons with our guests enjoying a wide range of different Bonefishing scenarios; large single fish in skinny water right through to big schools of fish in slightly deeper water. Of the larger fish that we were able to land this week, John landed Bones of 7, 7.5 and 8lbs during his stay on the atoll with us. Ed and Terry both landed 8lb Bones while Sidney came up trumps and landed the biggest of the week, an 8.5lb fish that ate the fly before an even bigger one could get to it! In total our group managed to land 331 Bonefish between 6 anglers with a solid 5lb average which is an impressive feat and once again shows that St Brandon is a premier Bonefishing destination. 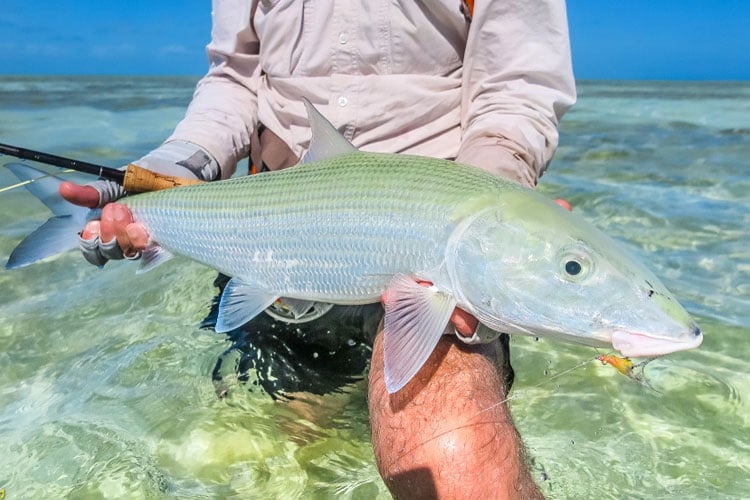 There were loads of shots at the Indo-Pacific Permit that call the atoll home. As usual we were able to hook a few but we were only able to land one this week. Robyn, the only successful angler managed to land her first ever Indo-Pacific Permit. Her 7lb fish was seen tailing on one of our more famous Permit flats and after she made a pinpoint cast with her self-tied fly, everyone involved knew the fish was going to eat. The fish took off at speed and after a couple of nervy moments threading the fish through a coral garden the fish was netted! A couple quick photos were taken of the fish and then it was released to fight another day, well done Robyn! 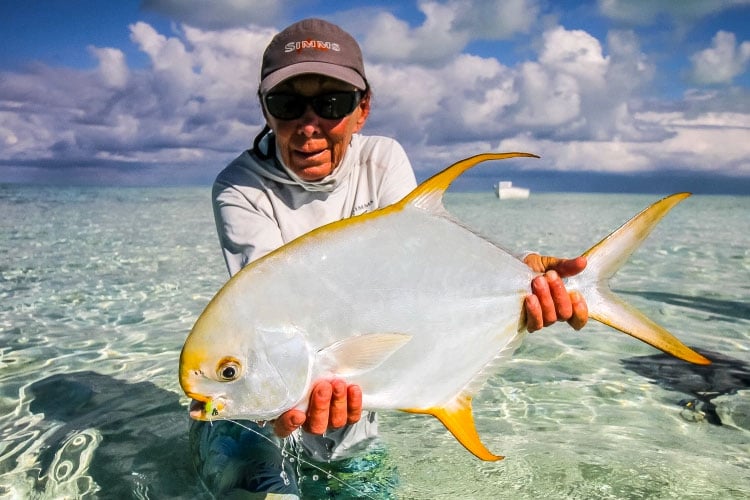 The Trevally action was full of ups and downs this week with our guests having a number of good shots at the atoll’s large GTs. John, Ed and Frans all hooked monster GTs but unfortunately, the fish got the better of us and managed to get loose one way or another. There were however a couple of large Greenspot Trevally landed this week which provided great fun on the 9# for Sidney, who landed 2 Greenspots of 63cm and 67cm while Frans landed the biggest of the week with a lively 69cm fish. 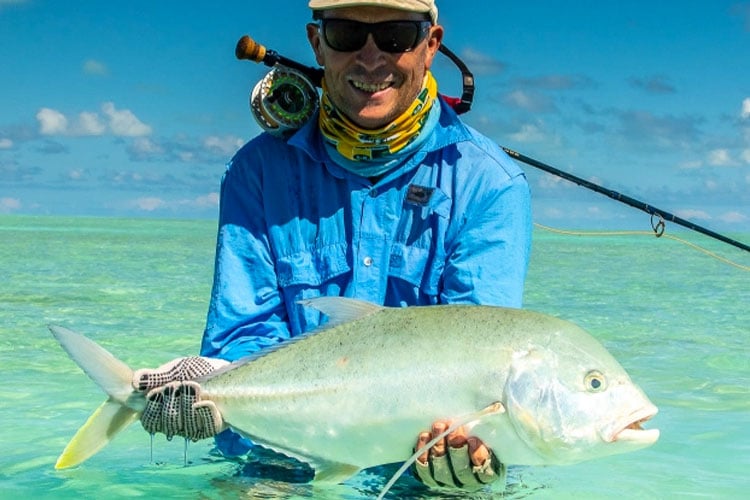 With that, we ended another week on the beautiful flats of St Brandon, till next week.