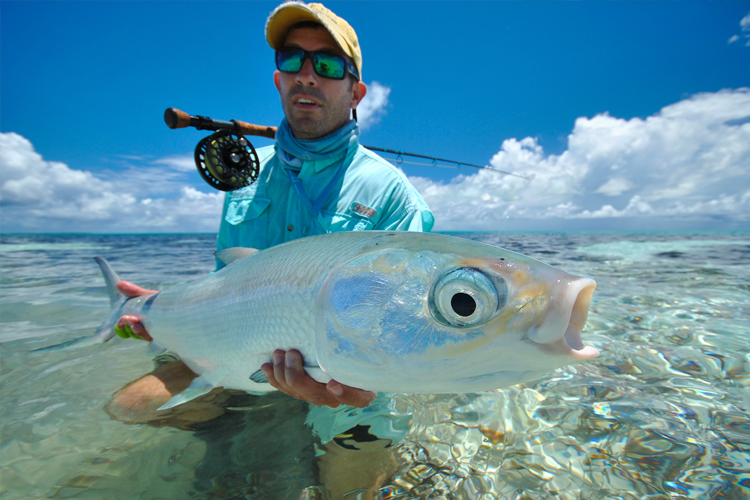 The Milkfish is an intriguing species of fish, due to their feeding habits of predominantly eating algae these fish need a more skilled approach to catch them. This, in turn, makes the Milkfish a favourite species of many anglers to catch, the Milkfish is also a stunning looking creature with is silver flanks and long torpedo-like body this fish is a powerhouse and once hooked will give an amazing scrap on the right tackle. Living on the saltwater flats of the warm Indian and Pacific oceans the Milkfish is one species that every saltwater fly angler just has to target. 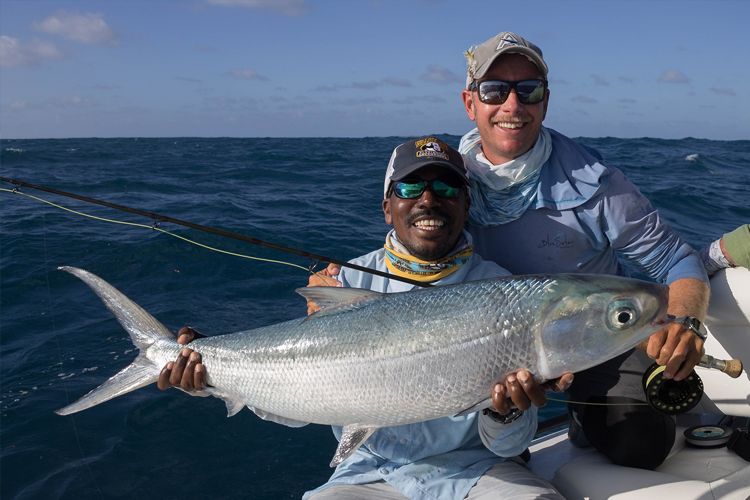 Milkfish are characterized by their torpedo-shaped body and the large V-shaped tail that sets them out from other fish and earns them the name “Forked devil”. Milkfish have large eyes and a white underbelly which gave it the name Milkfish. The small scales that cover the distinct lateral line give the sides a silvery appearance while the top of the fish is normally olive green to blue. Milkfish are one of the few toothless flats species, their mouth has a slightly upper-facing jaw filled with rakers that are perfect for eating the algae and weed that they feed on.

The Milkfish can reach sizes in excess of 30lb but the average-sized is about 6-7lb.

The Milkfish is a species that just loves patrolling the saltwater flats of the Pacific and Indian oceans, these fish love to congregate together after a big spring tide on either a full or new moon making these tides the best time to catch them. When it comes to destinations to target the Milkfish there are many available for the travelling fly angler to visit but the ones that we would suggest are the Seychelles (Alphonse island, Astove Atoll), Mauritius (St Brandons) and of course the world-famous Christmas Island.

The Milkfish is no easy beast to tame, these stunning fish are predominantly algae eaters, this does not mean you cannot target them whilst fly fishing though. By using very small flys of a green colour you will be imitating weed floating in the tide and trust me when I say that the Milkfish will hit these and hit it hard. You can also add egg imitations into these flies which will also attract the Milkfish to feed on these as these look like a valuable and tasty source of protein to the Milkfish.

If you have any queries or questions around catching Milkfish or any of our Fly Fishing holidays contact us today. You can call our office on 01603 407596 and we can put you on track to the best destinations around the world.