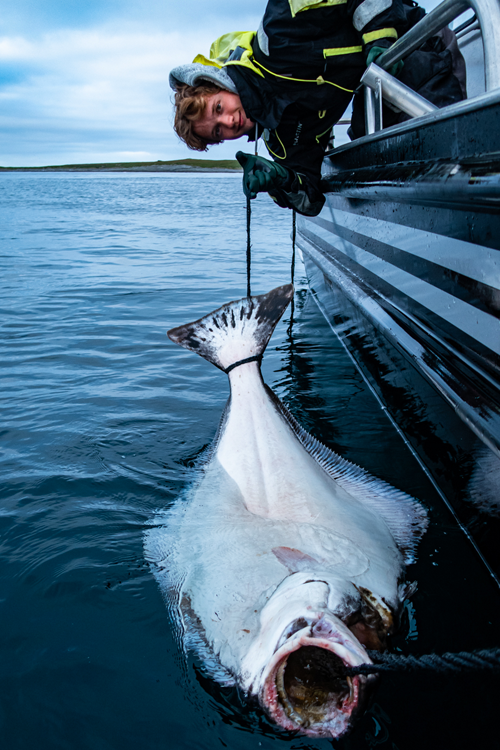 Great end to a week in Vesterålen! – Vesterålen Fishing Report

Vesterålen has been getting some interesting weather over the last few days with almost all 4 seasons rolled into each day! This didn’t stop the guests from getting out on the water and landing some phenomenal fish.

Great end to a week in Vesterålen!

Then another week in Vesterålen was over, and it finally looks like the good weather will start to emerge from tomorrow. The last few days have been very varied, with almost all four seasons on the same day. But we have had windows with nice weather! Håkon and Guidebåten went out later in the evening on Saturday, and were to take the trip out on the west side in search of both Coalfish and coarse cod. Once in place, there were numerous of both varieties. There was a real Coalfish race going on, and today’s largest Coalfish was weighed up to 14 kilos! Not only that, because there were also larger Cod down at the bottom, and the group caught several fine Cod up to 15 kilos! After using speed jigging as a fishing method, they were to test some drifts on Halibut. It did not take long before Håkon saw a ladder on the echo sounder after only a few minutes of operation. Rickard, who made his first trip to Norway, noticed that something was on his Coalfish, and it rusted momentarily after the shock. Now it was just up to the drag and hold on. There were no giant fish, but it bent on a wonderful fight, and you could later establish that this was an excellent food fish of 94 cm! Also Rickard’s first Halibut ever! It was a perfect end to the day and they went back to camp at midnight…

The next day it was bedtime on the Guide boat, and we planned to go out around 1:00 in the morning. Jimmy and his friends had already gone west early in the morning, and could report a lot of Coalfish, big Cod and 2 landed Halibut after only a few hours of fishing! It was also cool that it was Sigge and Uno (10 and 13 years old) who each pulled their own fine Halibut! It was well underway now, and we hurried out. The boys wanted to try again on the Halibut, so we also went west this day. When we arrived at the first fishing place, it was thick with both Coalfish and Cod. It was almost impossible to operate without catching large Cod, but you really can not complain! But in these huge shoals of Cod, I could see a slightly larger echo. It behaved differently, and I asked the guests to stay alert. Not entirely long after, there is something that takes the bait from Mattias, and this rush was not to be mistaken! After a very good rush, Mattias pumped the fish nicely and carefully, and we could land another nice Halibut of 95 cm! What a blessing! We continued fishing, but there were huge amounts of both Cod and Coalfish. Calle caught the biggest Cod of the day at 17 kilos, and we got several big ones during this day when we did not really try for Cod. There are lots of fish out there, so we are incredibly eager to get out there again. Worth mentioning, is that Håkon brought Siw and Erik who own the camp here, who had some really good Cod fishing a little further south! Here were also extreme amounts of fish in fine food size.

In the days that followed, the weather was a bit tougher. In the guide boat we have spent some time fishing for Pollack, but otherwise you have almost not been able to get out the west side. Jimmy and his friends went to another area that is quite sheltered from the westerly winds, and tried their hand at Halibut. They had a few contacts in the first drift, but no solid fish there. When they were to drive to a new place a little closer to the camp, they got a good feeling on a shallow sand channel near land at a depth of about 10-15 meters. Not entirely wrong, there was a Halibut there. It was a nice Halibut about a meter in shallow water. Never be afraid to go shallow… The last day the wind was supposed to calm down a bit, but it was still quite noisy sea. We fought our way to a Cod spot to get the last kilos at the checkout. It took its time, but in place the conditions were very nice. And so did the Cod, for it was really non stop action from when we arrived until we went home only a few hours later. Here there was a lot of nice Cod in the 10-kilo class. A little later Håkon comes out with a boat, and has an equally good fishing with a nice top fish of 16 kilos!

It was a great end to another incredibly fishing-rich week in Vesterålen! We want to thank all the guests this week for an incredibly pleasant week with lots of laughter and fun conversations on both the sea and the land. Now it’s charging up for a new week with a lot of fishing! Both me and Håkon are going to sea every day this week, and the weather forecast looks absolutely magical from Friday. We are really looking forward to it and look forward to welcoming our new guests later tonight!