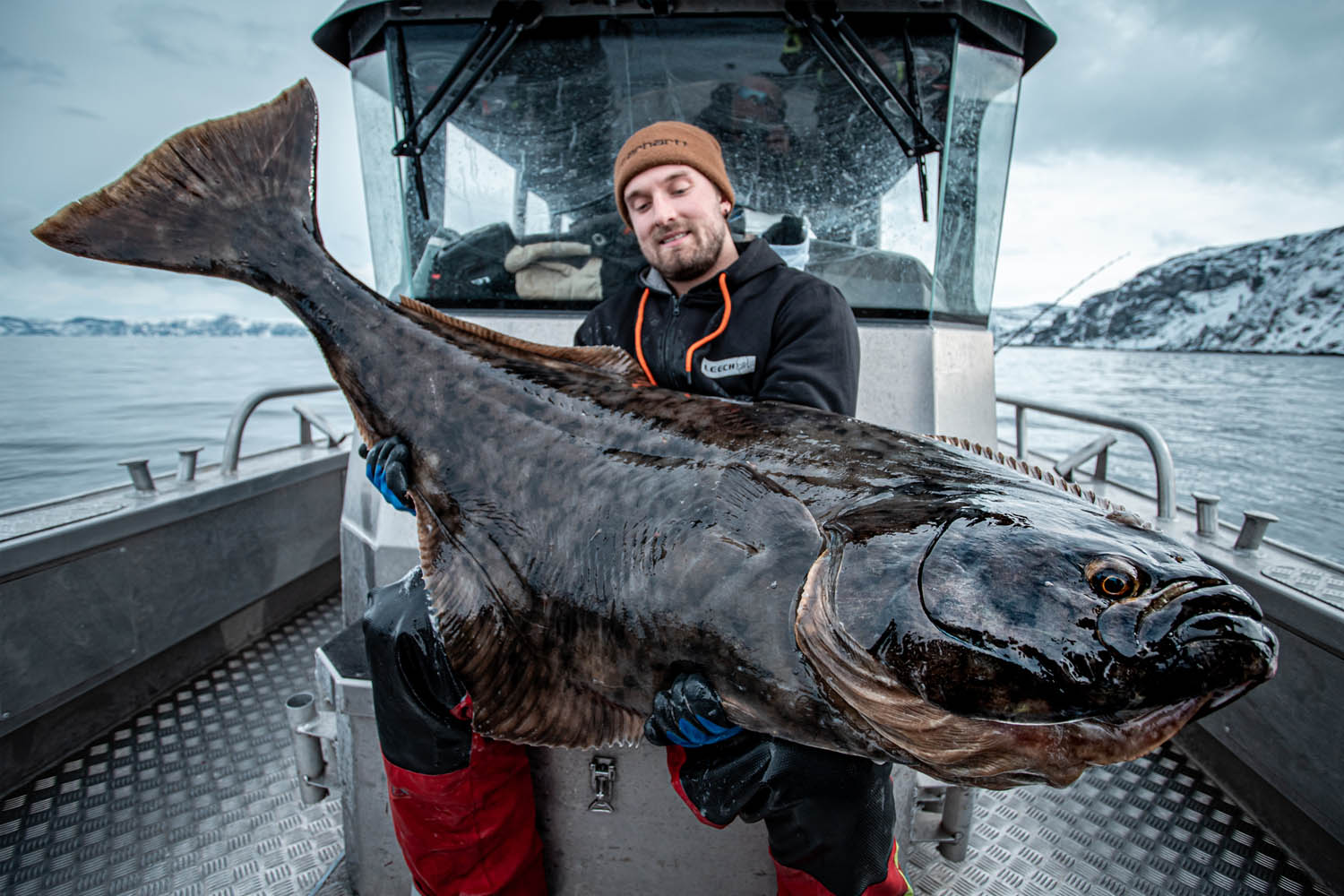 Its been a challenging week to say the least up here in Havöysund where the weather has been really tough and has limited fishing for us throughout the week. Initially, we had to spend the first day on land but after that, we have at least been able to fish, we have mixed our fishing for short periods when it worked to hide from wind and sea. On one occasion we had a turn on Plaice where we fought in a bit of rough water with the light gear but managed to poke up a bunch of nice Plaice and Dabs.

We then went and waited to finally be able to go out for some Cod fishing to hopfully be able to catch properly, and on Sunday it was finally time to drive out on the Cod when the wind died down. The water was still rough after a long period with north/west winds but fishing was no problem and the fish were in place. In the morning we caught large quantities of Cod with fish that were not far from the top 15 kilos mark. After lunch we had to stop cod fishing as the water was very rough for some guests, but with the incredible weather we just steered the boat towards hot Halibut areas on the rising tide.

The area that had previously given large Halibut was now completely mirror-bright and the current was perfect, it got us all excited when the thoughts of a real bang might happen soon, but the guests who did not manage to see any Halibut the other days did not really believe. I fished to keep my spirits up in the boat and quite rightly so, a fish stepped up on the first drift that took my jig after a quick bounce at around 10 meters, I glance at the sonar and see that the fish remains under the jig and after a couple of quick jerks, the fish swallows the curly tail jig properly and I set the hook. The fight was lame as they are a bit cold and stiff and we landed the fish in under 3 minutes and measured it to a nice 151 centimetres, everyone got excited and now it was a completely different mood in the boat!

Some drift later, I see a really really good echo step up to my German guest’s baitfish and when he has just understood that there was something around, the Halibut takes the Coalfish and stands very still, a moment later when it was time to set the hook on the big fish, but then, unfortunately, his personal equipment that he took with him fails and the reel was finito, a big mess in the reel and when the fish slowly tightens up the line and we put pressure on the fish, fully aware that it will break… really annoying but there was unfortunately not much we could do. The drift continues and outside the edge of 55 meters, up steps another Halibut and devours Björn’s baitfish.

The following days were windy and tough and the fish in the immediate area had no appetite so we thank all guests for a strong effort despite the challenging weather and fishing! Now we look to a new week and pray that the weather gods are with us up here, because we know that the great Halibut are out there waiting for us!