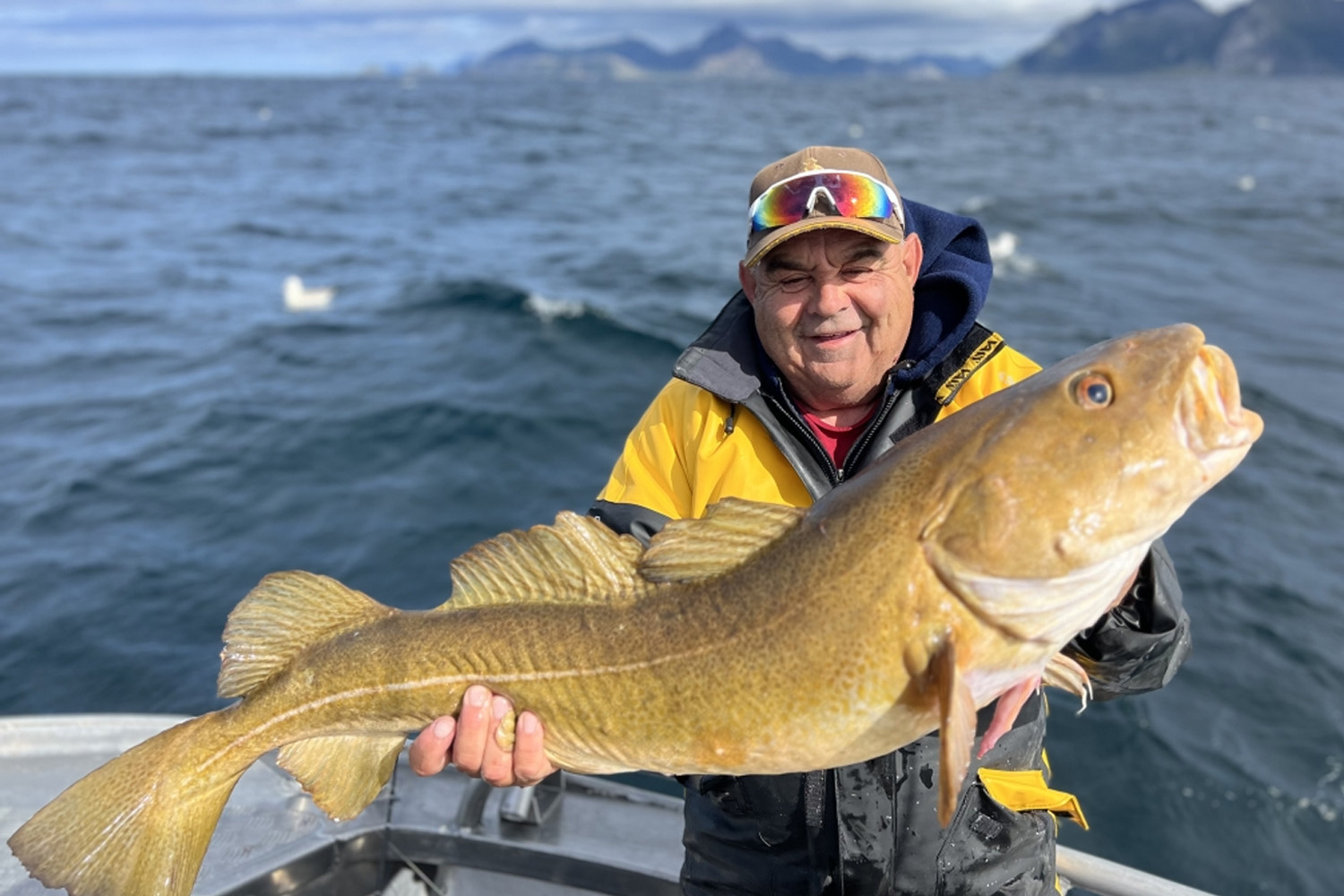 At the end of the week in Vesterålen, our guests have been fishing for Halibut. On Monday, the weather was really good, so the boats went out on the west side to fish in different areas. We in the guide boat fished in places where many Cod had been caught earlier, but it didn’t work so the fish were hiding this day. We have had some contact with them and they spit out the bait fish. A Halibut came up immediately below 80cm. Swedes in boat no. 1 landed a Hibut of 85cm. As well as they had some contacts with larger fish. As always during the Halibut fishing, a lot of bonus fish come up, such as Cod and Ling. Arvids and his wife were also on the west side this day, they had a nice quantity of Coalfish and Cod fishing. With top fish of around 10kg.

On the last day of fishing on Tuesday, there was a lot of wind, so the fishing had to take place inside the fjord. Various catches were taken this day, such as Redfish, Cod, Bream, Pollock and Coalfish. It was the test of some new places where it definitely kicked off. While the baitfish was at 30 meters, a large echo appeared on the plumb line of one boat, but unfortunately it did not want to bite. But they are there!

We thank our guests for this week! Here’s the new news, and we finally have a full camp again. On the first day of fishing, all the boats went out on the west side, with the exception of the guide boat, which had to turn around due to some seasick guests. But they did not give up for that reason. They spent the day fishing in coves where there weren’t that many waves. After a short time they landed some Cod. The Whitefish were active this day, and they had several accompanying fish that were brought all the way up to the surface of the water.
A Swedish group got the top fish of the day, a 158cm Halibut! Big congratulations to Erik!

On Friday, all the boats went out on the west side. The day started with a good amount of wind, but we were rewarded as soon as we got out. All boats had good Cod fishing. Where a lot of cod of 8-17 kg was caught all over the boats. There were also some bonus Whiting this day, but no real big ones. In the guide boat many good lures were caught with top fish around 6kg. At the end of the day, while the other boats continued fishing for Cod, one boat went to deeper water and fished. They had a good fishing trip with lots of nice edible fish, which they brought home.
Over the course of the day, the wind became more pleasant, and we had real dream conditions.

Well, there are a few nice days ahead, and we are finally going on a long trip again! Update will come at the end of the week
Christian
Alexander