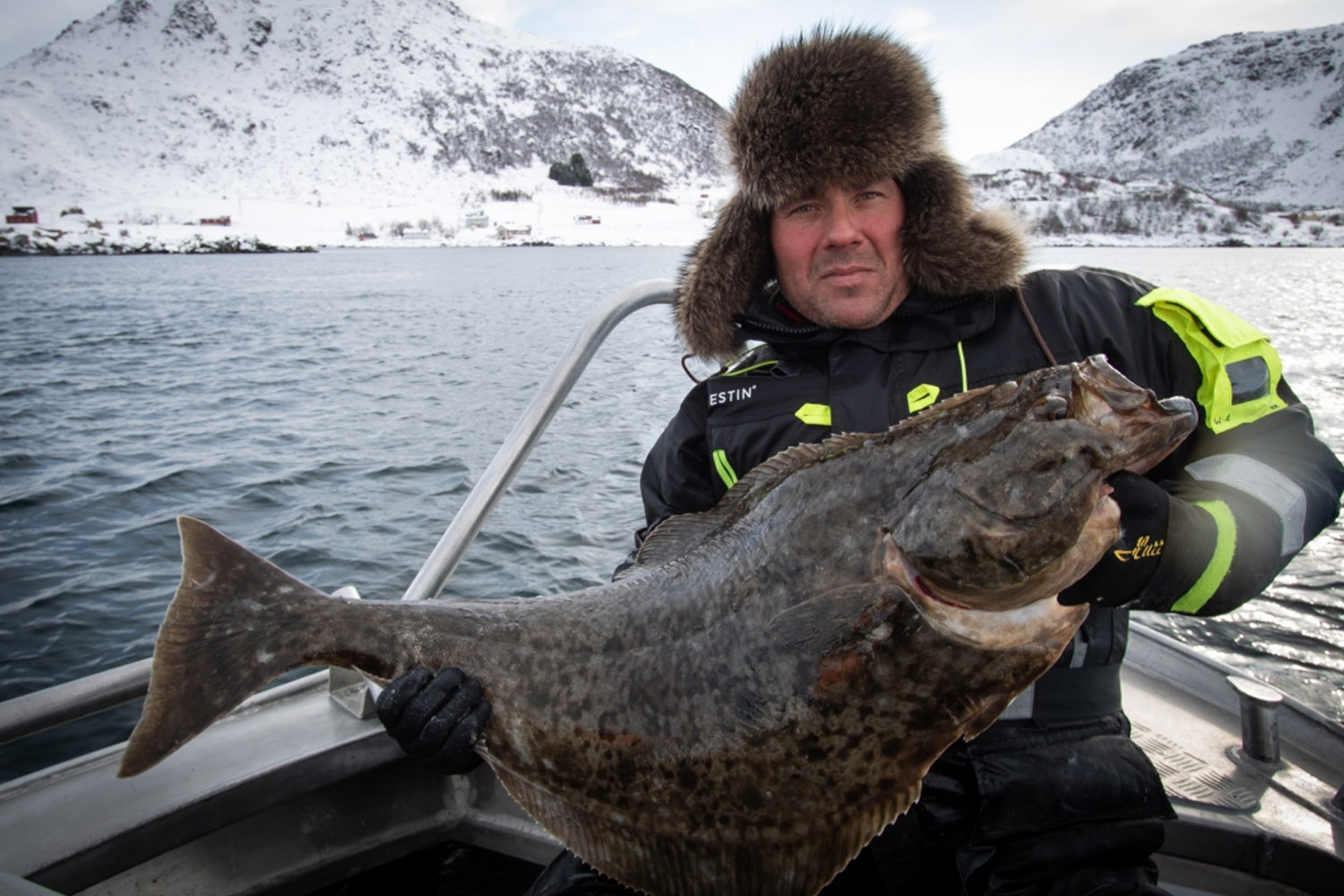 Nappstraumen has an enormous strength, its perfect location means you can quickly get to both outside and inside of the Lofoten. When the weather is tough, you can simply go out a few minutes from the camp, and still have a chance to catch your dream Halibut.

This week has once again offered changing weather and the Cod has once again been difficult to get to grips with. On the last day, however, there were several boats that reported larger shoals, but the fish were not hungry. So the fishing continued with a lot of searching and sporadically, we caught Cod during the day on most boats. But generally, the fishing was very difficult but we hope this turns around when finer weather is approaching and we can get further out to sea where hopefully we will find greater concentrations of hungry Skrei Cod.

Several boats chose to test the fishing for Halibut in Nappstraumen, where Darek from Boat 2 reported 2 nice Halibut with the largest at 121cm during the last day and Anders from boat 6 landed a nice Halibut of 130 cm, as well as a fish of 115 cm. Some fish below the measure and some around 90-100cm were also landed on the other boats.

Several boat teams also mentioned double hookups that were missed, Halibut that were dropped at the boat edge and many contacts and climbs. An exciting alternative to say the least when the Cod has been harder to find.

Now we are charging for a new week with promising weather reports. More reports and more fishing stories come from our camp Nappstraumen here in Lofoten.

If you would like to know more about the fantastic fishing available at Nappstraumen on the Lofoten Islands and how you can join us, you can contact our sea fishing specialist, Paul Stevens, on 01603 407596 or email at paul@sportquestholidays.com.