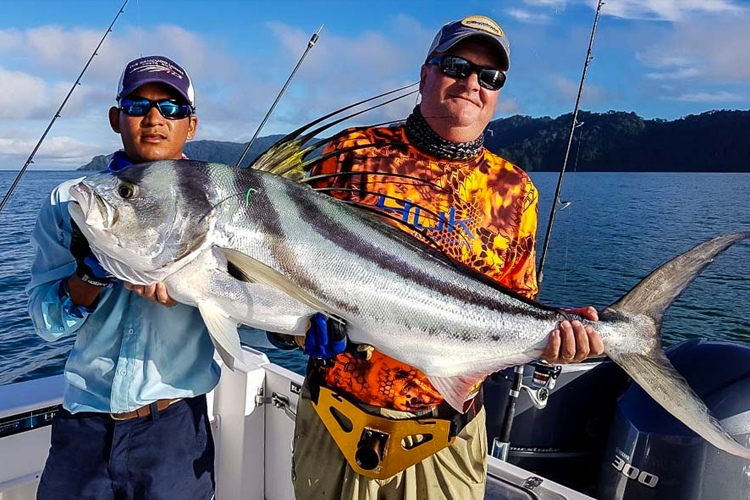 The Roosterfish is one of the most unique looking fish in the ocean.  It’s distinctive feathery dorsal fins give it away as it slashes through the water hunting down baitfish.  It generally feeds not far from shore, sometimes almost beaching itself as it chases baitfish in the surf.  Some big ones are occasionally landed from shore.

The size of the Roosterfish varies greatly but none the less, each Roosterfish you successfully land will be special. The range of weight can be from 5lb all the way up to over 100lb but an average weight would be 25lb.

Where to catch ROOSTERFISH

Roosterfish are generally caught within ¼ of a mile of the shoreline, along sandy beaches, rocky points and outcroppings and near river estuaries. However, they are also taken crashing on bait, mixed in with schools of Jack Crevalle, more than a mile off the beach. Roosterfish prefer water of 80º F or warmer in the southern regions, but are very active in 76° water in the northern reaches.

It must be emphasized when Roosters are in shallow water, they are actively feeding, and when they get their fill, they return to the safety of deeper water. This is the main reason casting a surface popper to the back side of the waves is effective.

Roosterfish are a light tackle fisherman’s dream.  Like all fish in the Jack family, they fight hard, but unlike some Jacks, they do not generally go into rocks even though they often live near rocky areas.  Therefore, you can land some pretty big fish on pretty light tackle. Roosterfish readily attack lures and bait.  They are often seen feeding at the surface as they splash around chasing baitfish.  They will come right up to shore, sometimes chasing baitfish onto the beach.

Most Roosterfish, especially the bigger ones, are generally not easy to land on lures.  They sometimes take poppers that are retrieved fast and smoothly but can be tricky to encourage to take. Catching them on live baits is a much more guaranteed method than lures. If you want to maximize your chances you should slow troll a large live baitfish.  Roosterfish sometimes play with the bait for a while, so you have to wait until you are sure they have engulfed the bait before setting the hook.

The Roosterfish is considered by many to be the world’s greatest Saltwater gamefish. Here at Sportquest Holidays, we offer a wide variety of Popper, Jig and Big game tours to go after this beautiful Sea fishing monster which can be seen on our Youtube.

If you would like to discuss your options with a member of our big game fishing team regarding any of our trips, you can contact them at 01603 407596 or by emailing paul@sportquestholidays.com. 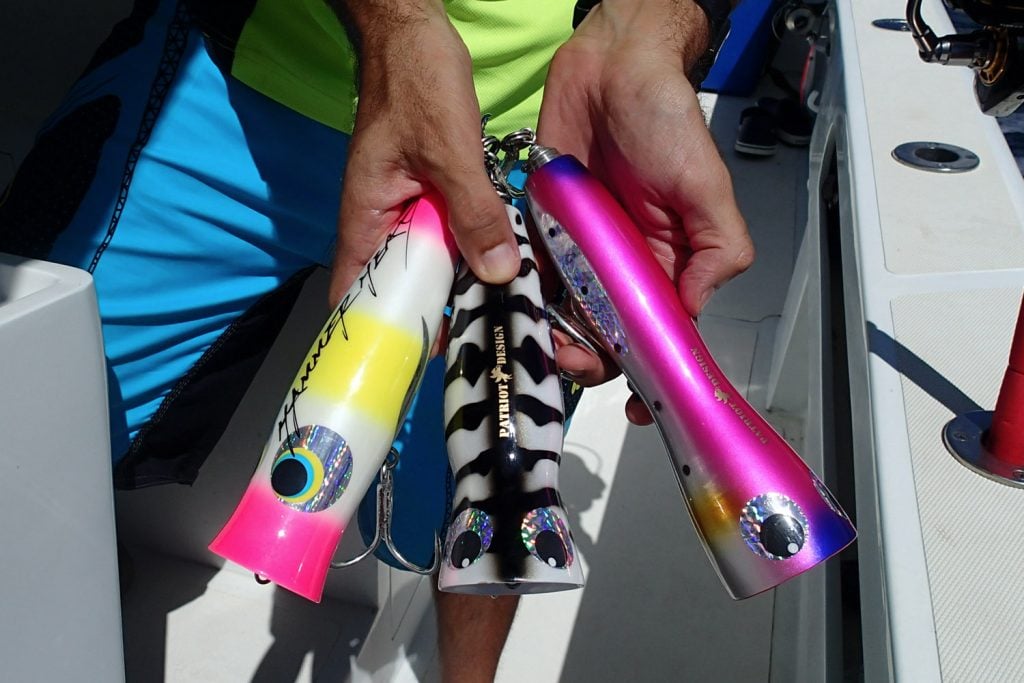 For many years Sportquest Holidays has been sending happy customers all over the world in search of their dream fishing locations. What we have started to find is that the angler is now, more and...
Continue reading