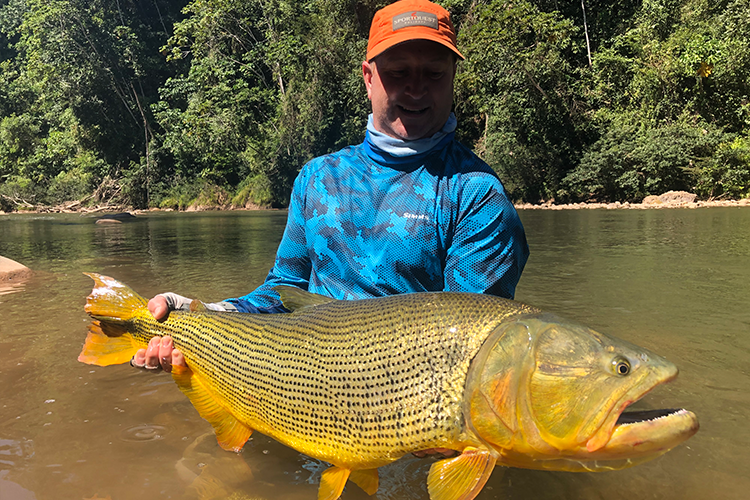 The Golden Dorado is a fish that cannot be mistaken for any other, the big sleek solid shape of this is packed with muscle and is perfect for high-speed bursts when predating on smaller fish. The large head on the Golden Dorado is extremely powerful and is full of razor-sharp teeth and is a highly sought after species.

This species can reach sizes in excess of 70lb’s but the average Golden Dorado size that is mainly found in South America is around 12lb.

Where to catch Golden Dorado

Native to the South American freshwater rivers and basins. Countries such as Southern Brazil, Bolivia, Paraguay and northern Argentina are all world-renowned for the species. Rivers in Bolivia that hold a phenomenal head of Golden Dorado are the Pluma River and the Agua Negra River. Another spectacular place to fish for the Golden Dorado is in Argentina on the Corriente River and in the llbera Marshes which can be seen from the footage on our Youtube channel here.

Being such a ferocious predator, the best methods to fish for this species are ones that entice the fish into feeding. Working artificials is both the best and most exciting way to fish for Golden Dorado with many hearts in mouth moments experienced by the anglers targeting these fish.  These are targeted by anglers using a wide variety of fly fishing tactics which can and will provide some explosive sport with fish being enticed to whack a fly in fast running shallow water while sight fishing before showing of its fighting strength and stamina with high jumps and long runs. A great fight on all tackle classes.

Lures are another top way to target Golden Dorado. Strong tackle is needed to tame these beasts. These fish will hit everything from metals to shallow divers but the most fun method is working a surface popper across the top and watching as the water erupts around your lure when these monsters hit hard. But don’t be fooled as no matter the Golden Dorado size, it will be ready to hammer anything it sees.

If you have any questions about our Golden Dorado fishing trips to Bolivia, you can contact our fly fishing expert, Peter Collingsworth,  via email on peter@sportquestholidays.com or call 01603 407596 and he will be able to help with any questions you have. For those of you who want to see some action, you can find a great range of videos over on our Youtube Channel. 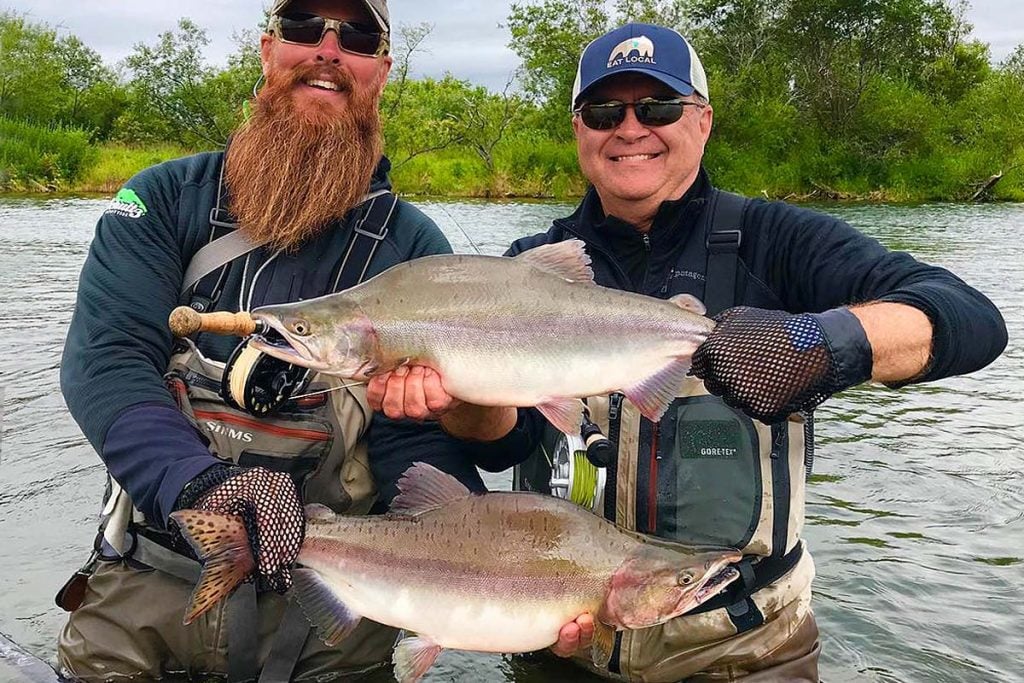 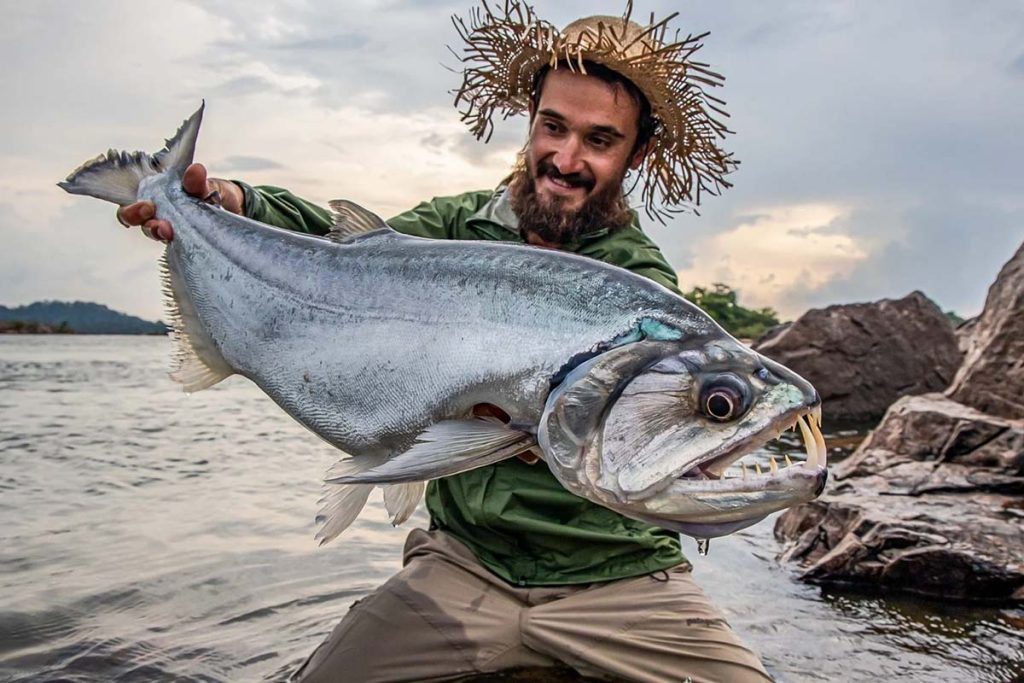